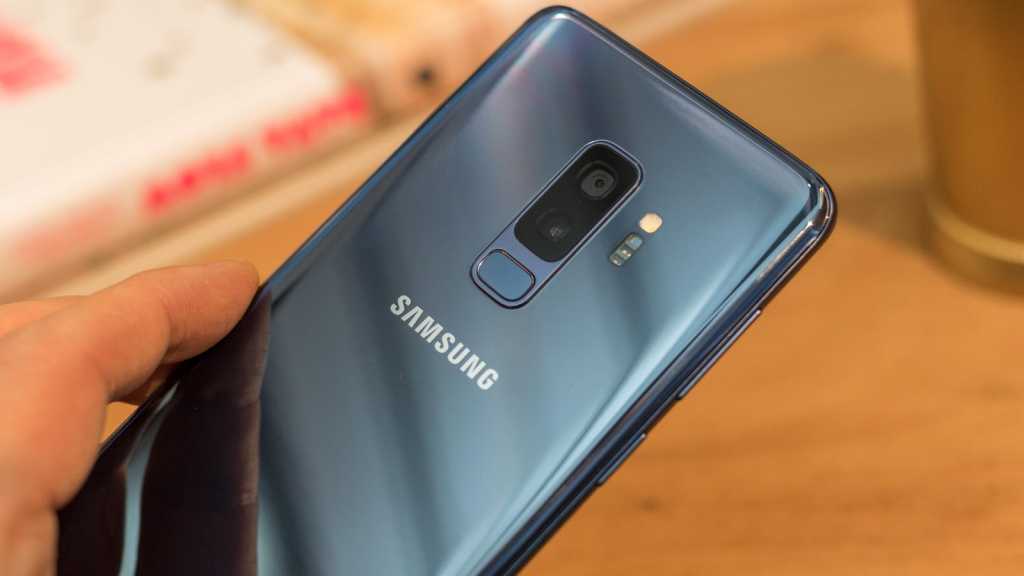 We love the Galaxy S9 phones, particularly the larger battery and dual cameras of the S9 Plus. It’s an expensive phone though, and the G7 ThinQ undercuts it. Don’t let the G7 ThinQ’s name put you off – this is an accomplished phone. But if you don’t want a notch and aren’t a fan of the wide-angle camera, then an S9 might suit you better.

Both hailing from South Korea, Samsung and LG have battled for years to build the best Android smartphones in the world. Samsung is winning the popularity contest, but is its latest Galaxy S9 better than the LG G7 ThinQ?

LG’s oddly named flagship is a notch-toting challenge to Samsung’s safe-but-svelte S9. Here we compare the two phones to see which is worth your time – and money.

The Samsung Galaxy S9 retails for £739/ $719 but as is the case with Samsung phones always, the price goes down pretty fast.

Check the price on Amazon UK and Amazon US.

The G7 is quite a bit cheaper at around £600. As ususal, LG didn’t announce any official pricing for the G7. But the first pre-orders confirmed our suspicions that it would be under £600 – £594 to be precise, from  Unlocked-Mobiles. It’s more expensive from  Clove, which has listed the G7 for £629.

The Galaxy S9 looks a lot like the S8, which is no bad thing as it’s a very attractive phone. The pebble like curve of the edges of the front and back of the phone is one of the most premium on the market whether you plump for the S9 or S9 Plus.

All three phones also have fingerprint scanners on the back, though the G7’s is better placed and a better, circular shape. But it is the first time in ages that LG didn’t make it a physical button – instead the power button is on the right-hand side, like on the S9.

While the S9 fixed the rubbish fingerprint sensor placement of the S8, it’s still a weird position and shape, right below the camera.

The G7 decides to go for a notch at the top of its display where the S9 has symmetrical curves. Both have chins at the bottom of the device despite not having a fingerprint sensor.

All three devices are superbly premium, but your decision will come down to the colours available in your region and if that notch on the G7 really bothers you. The S9s are more immediately impressive design-wise.

Here is a run-down of the specs of the Galaxy S9, S9 Plus and the LG G7 ThinQ:

In 2018 you won’t be disappointed with the specs of either of these smartphones. In the US and China, the S9 and S9 Plus have the Qualcomm Snapdragon 845, the same chip that’s in the LG G7 ThinQ.

In the global variant, including the UK, the S9 has the Samsung Exynos 9810. It performs pretty much exactly the same as the 845, and you won’t the differences in real world use.

By the way, ThinQ is LG’s branding that suggests its products are smart – you’ll also find it on washing machines and other white goods it makes. It didn’t need to put it on the phone, and it’s an odd move, but that’s why it’s there.

All get incredibly bright, the G7 noticeably so considering LCDs generally don’t go so bright. The G7 has a notch at the top whereas the S9 has thin bezels on the top and bottom. Which you prefer is up to you, but we think the slickness of the S9 edges it.

Notches are not subtle, and there’s actually a software option on the G7 to hide it.

All three phones also have fingerprint scanners on the back, though the G7’s is better placed and a better, circular shape. But it is the first time in ages that LG didn’t make it a physical button – instead the power button is on the right-hand side, like on the S9.

While the S9 fixed the rubbish fingerprint sensor placement of the S8, it’s still a weird position and shape, right below the camera.

The S9 Plus totes two cameras compared to the S9’s one, and the G7 has two. The G7 keeps the wide angle capabilities from the G6 and V30 but also adds portrait mode for the first time, making it more versatile than the S9.

The regular S9 gets neither of these modes but does have the same main sensor as the S9 Plus that has a physically variable aperture for improved low light photography.

Both the S9 and The G7 are odd in that they have physical buttons for digital assistants. Samsung’s wakes up its own Bixby, while pressing it on the G7 gets you Google Assistant. Both can call up the assistants with a push, or you can press and hold to speak a command like a walkie talkie.

Both can be disabled, and it’s a bit of annoying addition that we feel won’t catch on.

Thankfully both S9s and the G7 ThinQ have headphone jacks – excellent if you still despise not having one, and good considering all three phones are IP68 waterrproof.

The G7’s headphone jack is the one for audiophiles though, with a Quad DAC system that dramatically improves sound quality, with user-controlled settings in the software to adjust to your tastes. It’s excellent, and better than the S9.

Battery life on the S9 and S9 Plus will get you through a day, but they aren’t the best on the market. Battery drain while locked is quite high, but only heavy users need take caution. We’ll compare the G7 when we’ve fully tested it, but it’s 3000mAh battery is the same as the regular S9, while the S9 Plus has 3500mAh.

All phones ship with Android 8.0 Oreo but with quite different skins. Samsung Experience on the S9 phones is quite nicely refined for the hardware design with curved edges to app icons and good integration of apps edge, where you can drag in on a tab and access apps or widgets from any screen.

Transitions are quite different from stock Android and if you buy the phone from an operator you’ll probably get some bloatware. Samsung also insists on giving you email, calendar and other apps to duplicate what Google services give you which is easy enough to ignore, but is being seen less.

It’s much the same story on the G7 – LG’s skin is heavy and changes a lot in settings menus and the notification shade. LG has done a good job of modernising Oreo, as its Nougat skin was a bit too square and straight faced.

It’ll come down to personal preference, but there is little performance difference between the two.