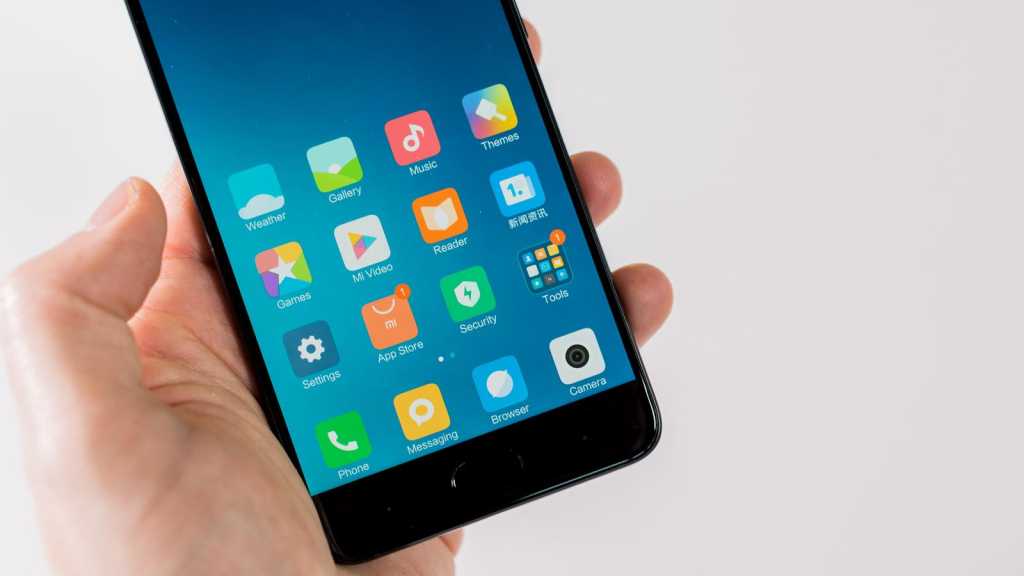 The Mi Note 3 is a downgrade on the Mi6 and, arguably, the Mi Note 2, but it appeals with a lower price and an attractive premium design. Though it doesn’t feature a flagship processor, this is is a very capable smartphone with a very decent dual-camera. Provided you can live without 800MHz 4G and are happy to install Google Play Services yourself, it’s difficult not to recommend the Mi Note 3.

A larger version of the company’s flagship Mi6, the Xiaomi Mi Note 3 is a gorgeous smartphone that comes at an affordable price. More affordable, in fact, and that’s largely because it offers slower performance. But while the company has downgraded the Mi6’s processor, it has increased the screen size and battery capacity, and upgraded the selfie camera.

Bear in mind that all three vendors are selling the phone unlocked, so you’ll need to supply your own SIM (check out the best deals).

Also note that unless you can find a ‘Global’ model, your Mi Note 3 will not support 800MHz 4G LTE (Band 20). This means customers on O2, Sky and GiffGaff will not be able to receive data at speeds faster than 3G without reverting to Wi-Fi.

It’s unlikely the Mi Note 3 will come with Google Play Services preinstalled, but adding Google is a very simple process.

Successor to the Mi Note 2, the Mi Note 3 is practically indistinguishable from the Mi6, simply adding a larger screen (only slightly larger, mind, at 5.5in vs 5.15in), and losing the glossy coating around the edge due to its 7000 series aluminium frame. A little bit of extra weight, in part due to the higher-capacity 3500mAh battery, makes it feel more substantial in the hand.

We’re not complaining: the Mi6 is a very good-looking phone, if lacking the futuristic bezel-less design of the Mi Mix. We’d like to see a taller, thinner display built into the Mi Note 4, but for now thanks to its gently curved rear edges and slim side bezels the Mi Note 3 is just about manageable in a single hand – particularly if you make use of MIUI’s One-handed mode.

The screen might be only full-HD in resolution (Xiaomi has yet to implement anything higher in any of its phones), but it’s an excellent example of IPS tech (yep, that’s IPS and not OLED as we saw previously). Bright, clear and vibrant, with fantastic viewing angles and decent contrast.

This screen is actually smaller than we saw on the Mi Note 2, which had a 5.7in panel, and it lacks the curved edges on top that made it look much like a Samsung Galaxy copycat.

As is becoming increasingly common with premium smartphones, the Mi Note 3 adopts a glass finish front and rear. Its glossy surface feels ultra-smooth in the hand, and though our black sample is peppered with fingerprints it really looks the part.

The premium feeling is aided by the dual-camera visible at the rear, the same one as found on the Mi6 and, pleasingly, lying completely flush. The Mi Note 3 might be larger than the Mi6 but it’s still just 7.6mm thick, and weighs around 163g.

We’re still not incredibly keen on the under-glass Home button, which integrates a fingerprint scanner but looks a little like the button itself fell off. (When we say under-glass we do not mean that it is integrated to the screen, as is rumoured for the imminent Xiaomi Mi7.)

We’re pleased to see Xiaomi has retained its IR blaster at the top edge – these are still popular but increasingly rare – but the 3.5mm headphone jack is gone, instead reliant on USB-C audio. This sits at the bottom with speaker grilles either side, though just the one speaker inside (the Mi6 has stereo speakers). Along the edges you’ll find power, volume and a dual-SIM slot-loading tray.

Unlike some of Xiaomi’s more recent smartphones the Mi Note 3 does not support wireless charging. However the battery is Quick Charge 3.0-compatible, which takes the hassle out of recharging. It’s higher in capacity than the Mi6’s 3350mAh battery, though down on the previous Mi Note 2’s 4070mAh.

The Mi Note 3 is a capable phone for all users, but it’s no longer a flagship. Whereas we saw the Snapdragon 821 in its predecessor, and the 835 in the Mi6 (both were the top Qualcomm chips available at launch), this new model has a mid-range Snapdragon 660 running at 2.2GHz inside. It’s reflected in the price, but disappointing if you simply wanted a large-screen version of the company’s flagship.

That processor is combined with the Adreno 512 GPU, 6GB of RAM and 64GB of storage in our review sample, though 128GB is available. There’s no microSD support, so if you think you’ll be taking a lot of photos and videos and storing a lot of apps and games, go for the higher-capacity option.

Performance is still very good, if not quite flagship level, and the Mi Note 3 is also capable of playing the latest games. Once you’re familiar with the software you shouldn’t find any navigation bottlenecks, and in our testing the MIUI OS offers a fluid experience.

We ran the Mi Note 3 through our usual benchmarks and unsurprisingly found lower performance than the Mi Note 2 and Mi6. Performance is just a little short of last year’s Huawei P10, and though we haven’t tested it we’d expect the Oppo R11 that runs the same hardware to be at a similar level.

The Mi Note 3 uses the same dual-camera as the Mi6, and suffice to say we were pretty impressed with that one. There’s a 12Mp, f/1.8 wide-angle lens and a second 12Mp f/2.6 telephoto lens, paired with a dual-LED flash. Key specs include a 10x digital zoom, 2x optical zoom, four-axis OIS and PDAF.

It can also shoot stable, high-quality 4K video, and offers various shooting modes and real-time filters. After the photo is taken there are also some decent editing tools.

As with the Mi6, we found images to be well exposed and offering realistic colours, with good detail levels – it could pick out individual bricks on a building the other side of Euston Road. Some noise is present, but overall the clarity is good.

With HDR mode turned on an otherwise gloomy day suddenly gets a boost, with the Note 3 doing a good job of lightening the shadows without losing any detail.

Low Light performance is excellent. The Mi Note 3 is able to clearly light up the scene, differentiate between shades of black, and produce readable text.

While it’s the same primary camera as we find on the Mi6, the front camera has been upgraded to a 16Mp lens. This is a very capable phone for taking selfies.

We touched earlier on the fact the Xiaomi runs MIUI 9.5 rather than standard Android. This is based on Oreo, but looks like quite a departure thanks to the lack of preinstalled Google Play services and alternative apps for many of those you will be familiar with. The app tray has also been removed and the Settings menu rearranged.

Just because MIUI is unfamiliar does not mean it’s no good, of course. It has some useful features such as Dual Apps, Second Space, App lock, Quick ball and One-handed mode. Plus you can install Google Play and the Google launcher, then set it up how you like.