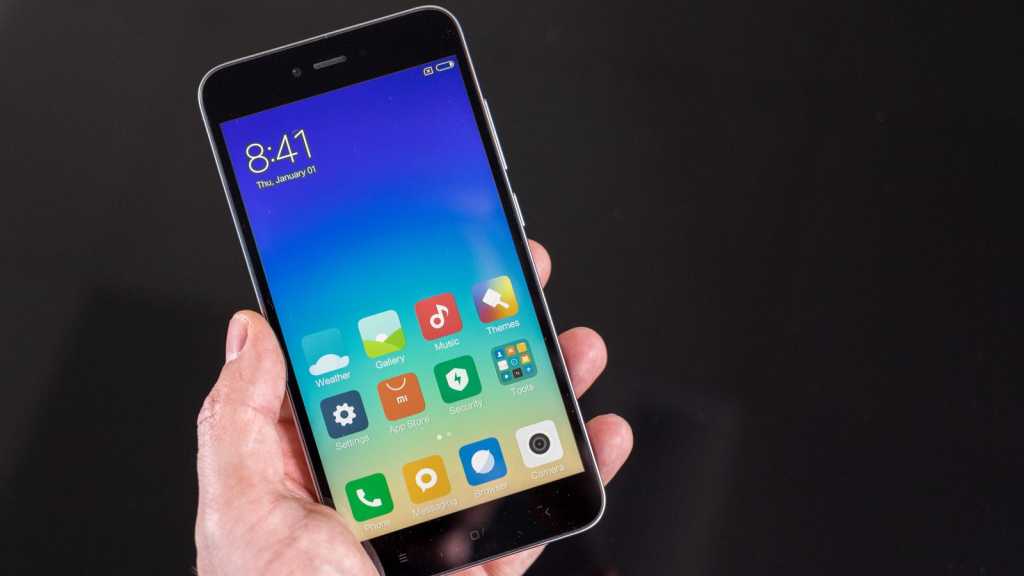 The 2GB RAM model we reviewed lacks features compared to the better-specced Redmi Note 5A options that cost only slightly more. There’s no fingerprint scanner, a slower processor, a less impressive selfie camera and less memory and storage. But none of this takes away from the fact this super-budget smartphone offers extraordinary value under £70. It doesn’t excel at any one particular thing, but it is capable for less demanding users and nicely designed for a plastic phone. If you do buy the Note 5A we strongly recommend choosing a Global variant for improved connectivity and the preinstallation of Google Services.

Running very similar hardware to the ultra-popular Redmi 4A, the Note 5A is cheaper and with a bigger screen. If you need a smartphone on a budget you won’t go far wrong with this Xiaomi phone, and are unlikely to find a better phone for less money.

Better still, plump for the Global model for full UK 4G LTE support and the preinstallation of Google Play services. This is available from G-W-4 (Poland) and G-W-16 (Spain), and actually significantly cheaper thanks to a current 28% discount at £69.76/$96.99/€79.60. You’ll find that model in Rose Gold, Gray or Gold here.

It’s worth pointing out that we are reviewing the entry-level model with 2GB of RAM. If you go for the slightly more expensive 3GB- and 4GB RAM offerings you’ll also find extra features such as a fingerprint scanner, faster Snapdragon 435 processor and 16Mp selfie camera.

Just like the Xiaomi 4A this is a plastic phone, but it’s much less obvious here. The Note 5A has been designed to look like metal, and though it still feels like ultra-smooth plastic the faux metal paint is impressive. The Chrome stripes top and bottom add a premium sparkle, imitating the antenna bands that are required by metal-body phones for improved signal.

The rear edges are nicely curved and the single-lens camera lies flush, but there is a very noticeable groove between the back panel and sides into which grime is almost certainly going to find its way. We presume this gap is here to aid grip because this is a single piece of plastic.

Despite its plastic body the Redmi Note 5A feels solid. There’s no bending, flexing or creaking, and it’s pleasantly lightweight at 150g and just 7.6mm thick. Xiaomi has nonetheless managed to install a 3080mAh battery inside, which given the low-power hardware inside is easily going to last a full day with juice to spare. There’s just a 5W charger in the box, though, for which you’ll need an adaptor if you want to use it in the UK or Europe.

This is not a premium phone, of course, so from the front it looks less impressive. There’s a 5.5in HD (720p) panel, with a 16:9 aspect ratio and a chunky chin and top bezel that result in a rather tall frame at 151mm. To either side the bezels are much slimmer, making it easier to manage in a single hand, but this is no Mi Mix copycat.

Xiaomi has used that space to implement capacitive home, back and multitasking buttons below the screen, giving it that familiar Xiaomi Redmi look, and there’s an earpiece and selfie camera at top. On the 3GB and 4GB of RAM versions this is actually a pretty impressive 16Mp camera, but here it’s just a standard 5Mp lens.

On the bottom edge are twin speaker grilles either side of an old Micro-USB port, but there’s really just a single speaker inside. It’s surprisingly loud, but not the best quality. It can’t do bass, it’s tinny and it distorts at max volume. Given the lack of USB-C you’ll usefully find a 3.5mm headphone jack up top, alongside (surprisingly) an IR blaster and mic.

On the left edge is a pin-operated SIM slot, which will accept two SIMs as well as a microSD card. That’s very handy as there’s just 16GB of storage onboard, so you aren’t forced to choose between storage expansion and dual-SIM functionality. The power button and volume rocker are on the right edge, but that’s it for buttons: there’s no physical home button and no fingerprint scanner – at least on the 2GB of RAM model (3GB/4GB RAM versions do feature a rear fingerprint scanner).

The display itself is a very usable size at 5.5in, making it ideal for entertainment – of the video variety, given that you won’t be using this phone for any intensive gaming. Casual games should run fine, though, and the screen also has a nice size for web browsing, social media and email.

This is an IPS display, which means it offers very realistic colours and strong viewing angles. It’s reasonably bright at 450 nits and, despite the 720p HD resolution, doesn’t appear to lack clarity at 267ppi. The panel is also protected by Gorilla Glass 3.

With the 1.4GHz Qualcomm Snapdragon 425 quad-core processor and 2GB of memory inside the Note 5A is a match for the Redmi 4A, and as such performance across our benchmarks was neck and neck. This model does have less storage at 16GB, though it is available with more memory and more storage, and a faster Snapdragon 435 processor.

Don’t expect blazing fast performance from such a budget phone, and don’t expect it to take on too much at once. But for everyday tasks the Note 5A is capable.

In our benchmarks we recorded 1858 points in Geekbench 4 multi-core, against 1775 for the Redmi 4A. Graphics tests were also inline with that phone, with the Note 5A clocking up 14fps in GFXBench T-Rex and 6fps in Manhattan. And the JetStream JavaScript results were similarly unimpressive at 18.0 points.

It’s worth pointing out that all these scores are better than those of the Vodafone Smart N8, a £79 budget phone available in the UK and one of the better examples at this price point. And remember the Xiaomi is a tenner cheaper still, and you don’t have to buy a Vodafone PAYG SIM.

For connectivity there’s Bluetooth 4.2, 802.11b/g/n Wi-Fi, dual-SIM functionality, microSD support up to 128GB, and an IR blaster. There’s no NFC, and no fingerprint scanner (on the 2GB model).

If you do not plump for a ‘Global’ variant, keep in mind that the Xiaomi will not support 800MHz 4G LTE, which is the band used by several mobile operators but exclusively by O2 and all those that piggyback its network (GiffGaff, Sky Mobile etc). The maximum mobile data speed you will receive in this case is 3G.

As we mentioned, there are some differences in the cameras depending on which model you buy. This 2GB RAM variant has just a 5Mp selfie camera, which is usable but basic, while the higher models feature an impressive 16Mp selfie camera.

The main camera at the rear is a single-lens camera with a single LED flash. It’s rated at 13Mp with an f/2.2 aperture and has PDAF. In normal conditions it handles colours well but loses a lot of detail, and this is amplified in HDR mode.

But while daylight-condition photos are acceptable at this price, the Note 5A does a terrible job in low light, completely unable to light the scene without the aid of a flash – and only a single LED is provided for this.

Video, meanwhile, tops out at full-HD but is HD by default, which appears very low res. A lack of stabilisation also results in jerky footage.

The Note 5A is upgradable to MIUI 9.5, which is the latest version and based on Android Oreo. It will seem to be quite a departure to those familiar with standard Android, given that Xiaomi preinstalls all its own alternative apps to the usual Google services, overhauls the Settings menu (make use of the search bar) and loses the app tray.

If you buy the Global model you should find it comes preinstalled with Google services. But not to worry if not: we’ve explained how to install Google Play Services on MIUI 9 (you may have to update from MIUI 8 to 9.5 first). It’s nowhere near as frightening a process as it once was, so there’s no need for concern here.

Some additional features found within MIUI include Dual Apps, which let you run two instances of the same app (handy if you’re making use of the dual-SIM functionality and want, for example, two WhatsApp accounts), Second Space, and App lock for individually password-protecting certain apps.

There are some various other additions for usability, too, such as a One-handed mode that can shrink down the usable screen size, a Quick ball that can be placed anywhere onscreen for quick access to frequently used features, split screen and a few other gestures such as three-finger screenshots.