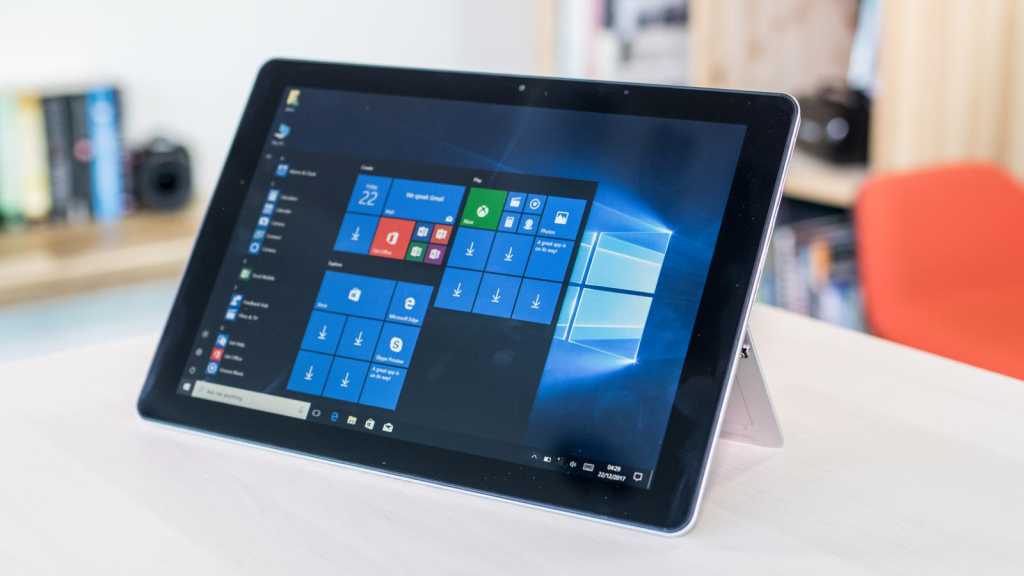 The SurBook Mini is not the best Windows 2-in-1 you’ll find, and in fact is only a 2-in-1 if you’re prepared to pay the extra cash for the keyboard. But for the small amount of money you pay, it is a nicely designed and usable budget Windows tablet, provided you don’t try to throw too much at it at once and keep a PD charger to hand.

A smaller version of the Chuwi SurBook, the SurBook Mini has a smaller, lower-resolution screen but is otherwise very much like its bigger brother. Available from just £200, it’s an affordable option if you need a budget Windows tablet.

Of course you get what you pay for, and this is no Surface Pro. But for many users who don’t demand ultimate performance it will meet their basic needs.

If you do decide to go with the Chinese option, you’ll still find the English version of Windows 10 Home preinstalled. But bear in mind that delivery times will likely be longer, and that you’ll find it more difficult to get support should something go wrong.

If the SurBook Mini seems familiar, that’s because it is. It comes with a metal kickstand that flips back up to 125 degrees, as seen on Microsoft Surface devices. It’s incredibly useful for propping up the tablet if you intend to use it with a keyboard ( sold separately, at £36.03/$50.09), or if you want to watch a film without having to hold up the device. We have not tested this keyboard, though in essence it turns the SurBook Mini tablet into a 2-in-1 laptop.

The Mini will also look familiar if you’ve read our SurBook review. We weren’t entirely taken with that device, but largely because it wasn’t cheap enough to warrant the compromises made. But the Mini is much more affordable.

It’s not even that much smaller than the 12.3in SurBook, with a plenty usable 10.8in screen. This is lower in resolution with a full-HD 1920×1280 pixels, returning the same 3:2 aspect ratio. It also means, given the similar hardware inside, performance can actually be better, especially in graphics tests.

The screen itself is a pretty decent example, fully laminated and exhibiting the same strengths that we’ve come to admire IPS tech for. There are some very decent viewing angles, vibrant yet realistic colours, and good clarity. Chuwi claims a brightness rating of 450cd/m2, but fingerprints are an issue.

The Mini has the same USB-C port for charging (with the same issues in gripping on to the connector), but note that the Chuwi won’t charge over a standard USB-C charger. It ships with a 24W charger, so you’ll want a PD charger or power bank that matches that specification. There’s an 8000mAh battery inside, which accounts for much of the hefty 748g weight (heavier still with the keyboard), and should be good for around four hours away from the mains.

Also found around the edges are two full-size USB 3.0 ports, plus a 3.5mm headphone jack. A microSD card slot capable of supporting up to 128GB is found tucked away behind the kickstand, and that you might well need, given that the Mini has half the internal storage of the standard model at 64GB. There’s no HDMI, so if you want this you’ll need a USB-C-to-HDMI adaptor (not usable while charging).

You’ll find cameras front and rear, both rated at 2Mp, so they’re functional rather than something worth getting excited about. The front camera will be useful for video calls, though we can’t imagine the SurBook Mini replacing many people’s cameras.

Despite its cheap price, the SurBook Mini has an attractive design with a full brushed-metal jacket and 8.8mm-thick body, plus a pair of speakers that come in handy for media playback. There are some slightly chunky bezels, though they are within the allowances made at this price point. We love the fact that much of the blurb that is often found on cheap Chinese tablets is hidden away behind the kickstand, so all you see here is an inoffensive Chuwi logo.

If you’re going to buy a cheap Windows tablet, it’s natural to find some corner-cutting somewhere. In the case of the SurBook Mini this is found in the hardware specification, with a lowly 1.1-2.2GHz Intel Apollo Lake quad-core processor that integrates Intel HD Graphics 500 and is paired with 4GB of DDR3 memory. That’s the same spec as the standard SurBook, though the larger model has an additional 2GB of RAM.

Though this setup is quite usable for browsing the web, catching up on emails, chatting on social media and even watching films, this is not what we’d call a fast Windows tablet, and we wouldn’t want to throw too much at it at once. It can get rather warm in use, and also while charging. But this is also entirely reasonable for the price you’re paying.

In Geekbench 4 the Mini performed slightly better than its bigger brother, with a multi-core score of 2969 points against its 2849.

This was also the case in GFXBench (most likely due to the lower-res screen), in which the Mini managed in 23fps in T-Rex, 13fps in Manhattan, and 6fps in Car Chase, while the standard SurBook was capable of scores of 8fps, 4fps and 2fps respectively.

In PCMark10 the SurBook Mini recorded 1158 points overall, with 3173 for Essentials, 1642 for Productivity, and 810 for Digital Content Creation.

We were pleased to find dual-band ac Wi-Fi, and there’s also Bluetooth 4.0 support.