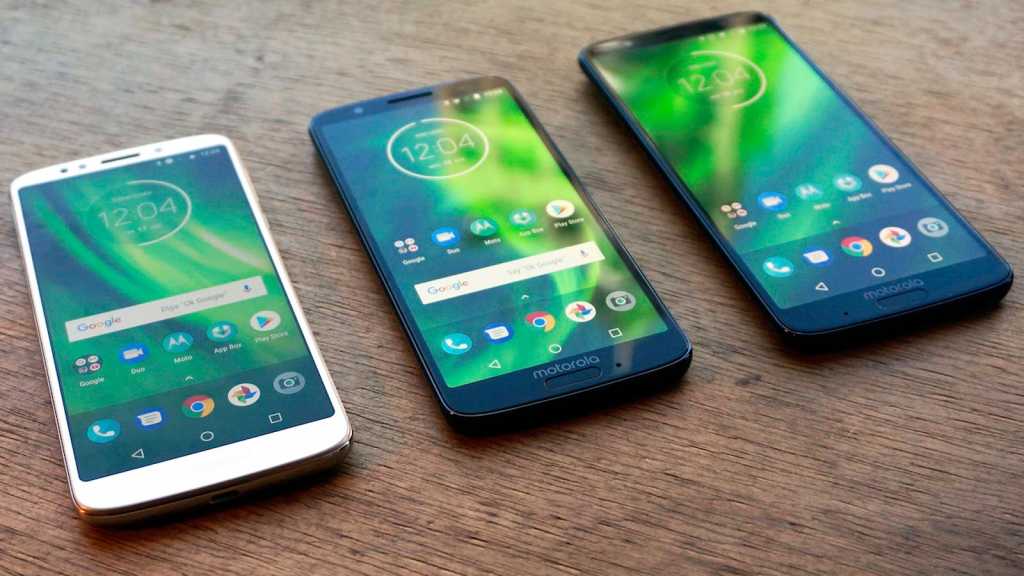 The Moto G5S and G5S Plus are still excellent budget choices in 2018 if you prefer the normal 16:9 displays. And you might be able to find them cheaper if you shop around. But the Moto G6 line has better designed phones, more features and slimmer phones for around the same price. With Oreo out the box, the G6 is probably a better buy for not much more money.

The Moto G line has long represented the best of budget phones in our eyes here at Tech Advisor. But with the G6, Moto is straying into mid-range territory as the specs and design warrant a bump in price.

And just to confuse you more, there are three of them – the G6, G6 Plus and G6 Play.

Here, we look at how the three Moto G6 phones compare with last year’s Moto G5S to see which of the Moto line up is worth your cash.

Motorola has aped the smartphone trend of the moment by giving its G6 line up all 18:9 tall displays. And with the glass backs of the G6 and G6 Plus, these are cheap phones that look like high-end models.

The G6 Play on the other hand keeps a plastic back casing but still looks the part. Compared to the G5S and G5S Plus, the new G6 line looks sleeker (given their taller screens)

The G6 and G6 Play have 5.7in displays while the pricier G6 Plus has a 5.9in screen. Oddly, the cheaper G6 Play has a cool rear mounted fingerprint sensor built into the ‘M’ Moto logo on the back.

The G6 and G6 Plus have front mounted fingerprint sensors below the screens, and all three models tote front facing cameras as expected.

If you aren’t a fan of the tall or glass designs, then the Moto G5S is still a good option with a fingerprint sensor on the front and smaller 16:9 display. The G5S Plus is still a good choice too if you can get hold of one, but they do look cheaper than the flashy G6 range despite actually costing more in most cases.

The specs are where most of the differences are, but things can get confusing. Here’s a handy chart:

Take it all in folks, that’s a lot of info.

The bottom line is that all five of these phones are quite similar. First decide if you want a tall display or not – if you do, then go for the G6. If you scout around for a deal you might find the G5S models cheaper elsewhere if it doesn’t bother you though.

We prefer the glass back of the G6 and G6 Plus here but you also get USB-C on those two. The newer standard will future proof your phone and more than anything else microUSB ports are just worse and tend to break more often.

The dual cameras on the G6 and G6 Plus also allow for portrait photos that you can only normally take on a high-end device.

Then again, you may like the sound of the G6 Play’s 4,000mAh battery that will surely last at least two days, much like the high-end Moto Z2 Play.

The G6 Plus has a Snapdragon 630 processor and therefore is the most capable of the bunch. Unless you are a gamer, we have found that phones with 600 series Snapdragon processors often feel very similar to higher-end devices with Snapdragon 800 series chips.

The G6 Plus can also record in 4K if you’re looking for that feature on a budget.

The G6 phones all come with Android Oreo. This is great to see on cheaper devices, and means they will run better, have more features and be more secure.

The G5S phones technically can be updated from Nougat to Oreo, but it’ll depend on your operator and region as to if and when that happens.

Whichever you get, Motorola’s Android skin is pleasingly plain in that it doesn’t stray too far from Google’s stock version. This means animations are fast and the phones again feel far more expensive than they actually are, especially on the G6 Plus with its superior processor.