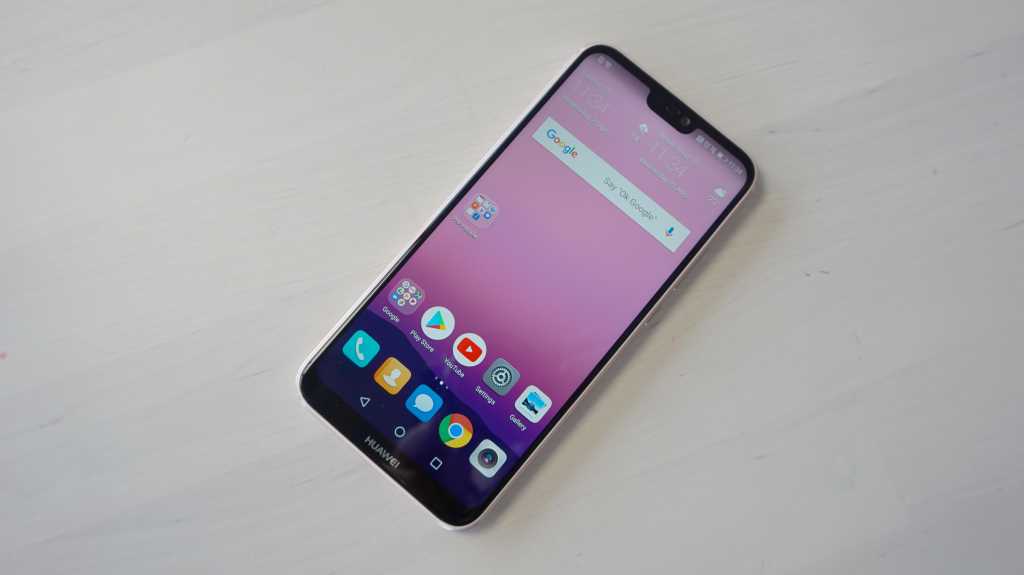 Huawei’s P20 Lite is a good mid range smartphone. We like how lightweight and elegant it is, and has a very similar premium design to its more expensive P20 siblings. Plus, thanks to its facial recognition feature you can unlock the phone in an instant, another example of a high end feature making its way into the mid-range.

The P20 Lite is the cheapest member of the P20 range, joined by the P20 and the P20 Pro. Its screen-to-body ratio is an impressive 80 percent, it has a facial recognition feature and we particularly like its simple design. Sure it has a notch, but what smartphone doesn’t nowadays?

The Huawei P20 Lite was released in March 2018 at just £329. This makes it a quite competitive mid-range phone, as it is even £20 cheaper than the Motorola Moto X4 or the HTC U11 Life, and it’s still a compelling offering over a year later, now available for less than £200.

The P20 Lite is a good looking phone. It has a non-original but elegant design, with rounded corners and a little notch at the top of the screen (it contains the front camera, the speaker and a light sensor). Its size is 71.2 x 7.4 x 148.6mm, so it’s compact but not actually small.

Its back is made of glass, which does show the traces of fingerprints but only at certain angles (which is better than most). There you will also find the phone’s fingerprint scanner and the rear camera that slightly sticks out.

The smartphone is available in four colours: Midnight Black, Klein Blue, Sakura Pink and Platinum Gold. We reviewed the Pink and Black models and they have a lovely premium look.

The first thing one might notice holding the P20 Lite, is how literally light it is. It only weighs 145g which is lighter than most phones.

Secondly, you might notice when using the P20 Lite how much it vibrates when you type on it. That is not uncommon for a cheaper phone as the vibration motors aren’t the best, and you can go into the keyboard settings to switch it off.

The P20 Lite has a headphone jack, which is always appreciated, but it’s placed at the bottom of the phone. Next to the jack is a USB-C port (to charge the phone) and the speaker (which doesn’t sound great).

Huawei hasn’t given any indication regarding the water or dust resistance of this smartphone, which just means that it’s not waterproof.

The P20 Lite has a nice 5.84in IPS LCD  with a resolution of 2280×1080 pixels. In other words it has good colours (plus you can adjust them in the settings) and it’s quite energy efficient.

Additionally, we like that the phone has a ambient light sensor and that it can adjust the brightness of the screen automatically. You’ll have no problem using it outside, even in the sun.

When watching videos or using apps like Instagram, a pop up message might be displayed asking you if you want to put the app full screen, despite the notch. If the later annoys you, you can go in the settings of the phone and decide to just hide it.

The P20 Lite has a Kirin 659 processor, a chip that you can also be found in the Honor 9 Lite or the Huawei Nova 2. It’s not too dissimilar from the Qualcomm Snapdragon 625 used in many rival mid-range phones.

The phone comes with 64GB of storage and 4GB RAM which is decent for this price point. If that’s not enough of the former, there is the possibility of using a microSD card up to 256GB.

During our tests, we haven’t noticed any lagging, even when multitasking and switching from a heavy app to another like Netflix and Instagram.

The phone is powerful enough for most users, even casual gamers. That said, if you play to more intense games, more you might want to get the Huawei P20 which uses the Kirin 970 processor, which is more powerful and can cope with whatever you throw at it.

As the Geekbench benchmark shows, the P20 Lite’s processor is pretty similar to others mid-range phones.

That said, if you look at the graphics benchmark (GFXBench), you will notice that the Moto X4 and the HTC U11 Life do much better for around the same price. The P20 Lite is actually very much like the Honor 9 Lite, a much cheaper phone with similar specs.

The Huawei P20 Lite has dual lens cameras at the rear, with a 16Mp sensor (aperture of f/2.2) and another one of 2Mp (aperture of f/2.4). It’s only useful for the bokeh effect in portrait mode, but it works very well.

In daylight you get nice shots, with really bright colours. Zoom in though, and you might notice that some details seem to lack intensity, as if it had been smooth. The result is still definitely decent.

At dusk, the camera struggles to capture details or colours. The front camera has a 16Mp sensor and takes surprisingly great selfies. The backgrounds appear to be slightly overexposed but then again, no one really takes selfies for the background.

The front camera is also used for the face unlock feature, which we’re sure you’ve guessed, unlocks your phone thanks to … your face.

Until now, this was something you only found on premium smartphones, so we’re happy to see it here. It is very easy to set it up (one picture is enough), and then it unlocks your phone almost instantly.

Huawei’s phones are not pure Android, they have an added interface layer called EMUI. Here the P20 Lite works with Android 8.0 but the interface has the EMUI 8.0 skin

It takes a bit of getting use to if you are accustomed to stock Android, but on the plus side, there is a lot of settings you can adjust as you’d like. It’s worth getting through them and taking the time to really make this device your own. EMUI is way better than it used to be.

Most preinstalled apps can’t be uninstalled (like Music or Video), but you can just hide them in a folder if you don’t use them.

Huawei’s P20 Lite is a good mid range smartphone. We like how lightweight and elegant it is, and has a very similar premium design to its more expensive P20 siblings.

Plus, thanks to its facial recognition feature you can unlock the phone in an instant, another example of a high end feature making its way into the mid-range.