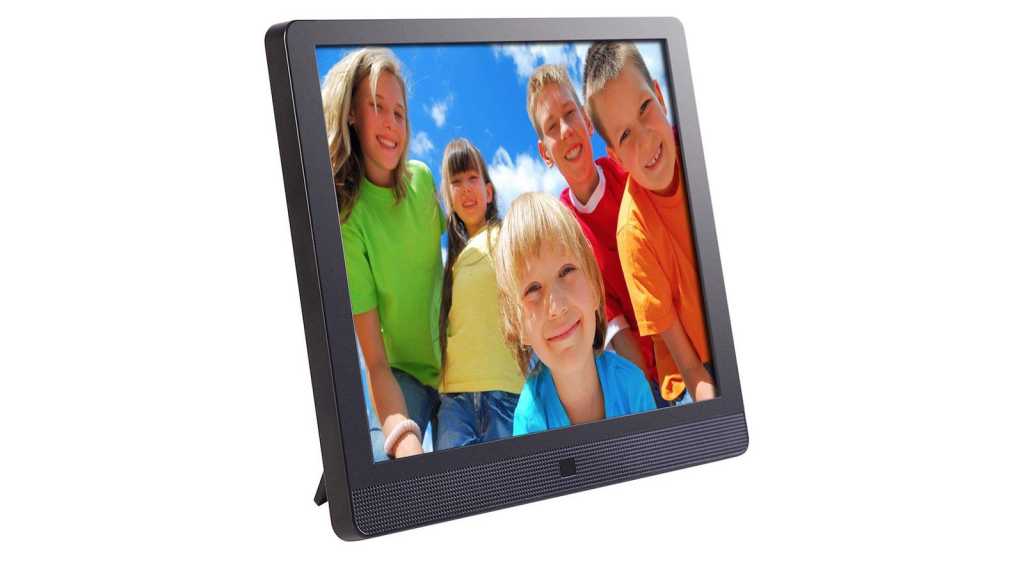 The Pix-Star FotoConnect XD gets the job done, but it’s definitely less slick and modern than some of its rivals. Arguably its big selling point is the support for both physical media and cloud platforms – ideal if you have photos stored in multiple locations – but if you only need one of those or the other, there’s probably a better (and better value) alternative elsewhere.

Digital photo frames aren’t the sexiest bit of tech (though we suppose that depends on your photos), which might explain why few of the big electronics brands produce them. Instead, you’re likely to find yourself having to buy from a brand you’ve never heard of – like Pix-Star.

This small French company exclusively makes its FotoConnect digital photo frames, which pair internal storage and USB/SD card support with cloud capabilities, giving you a variety of ways to get photos from your phone or camera and onto the frame.

The first thing to note is that the FotoConnect XD is available in two different sizes, with slightly different specs (and prices). We’ll run through the different specifications below, but for now we’ll focus on pricing.

The smaller 10.4in screen is available for $169 from Pix-Star’s own store, while the larger 15in version will set you back $229. However you’re probably better off heading to Amazon, where you can usually find it for less.

That makes it a similar price to the Nixplay Iris, the closest equivalent that has similar support for cloud services. If you’re happy just playing photos from a USB stick, you might be happier with the much cheaper Nix Advance, which lacks the Wi-Fi features.

Aesthetically, they’re pretty simple black rectangles, with some chunky bezelling at the sides, and even more at the bottom for the speaker – which is used for video playback. It looks pretty similar to the Nix Advance, but is undeniably less attractive than the Nixplay Iris, which makes more of an effort to look like a traditional photo frame.

On the back there’s a curved stand to keep it upright, though it’s only designed for a landscape orientation, not portrait. In a neat touch, there’s also a slot to hold the remote behind the frame, so you don’t have to leave it out and about.

It’s also worth noting here that, like other digital frames, the FotoConnect relies entirely on mains power. There’s no battery here, so you’ll need to keep it plugged in at all times, and will have to place it accordingly.

If you’re used to specs for phones and tablets, those numbers probably won’t sound very impressive, but that’s a problem across the digital photo frame market – for devices built entirely around displays, there tends to be little investment in top quality screen tech. That means the picture quality might frustrate serious photographers looking to display their work – but for the average user just wanting to show off some holiday snaps, the quality here will be more than sufficient.

As for the photos themselves, the FotoConnect XD has one big advantage over rivals: it has support for both cloud connections and local external storage, while alternative frames tend to offer either one or the other.

On the back you’ll find the USB and SD card ports, which you’ll need to use if you want to connect external storage devices. If you do choose to use those, you can either play files directly off the devices, or transfer photos to the 4GB internal storage of the frame.

More interesting though is the Wi-Fi support. Connect the frame to your Wi-Fi network and register an account with Pix-Star and you’ll be able to send photos to your frame from anywhere.

There are a few ways to go about that. You can email photos or videos direct to the frame using a Pix-Star email address you’re given when you up – which also means other people can easily send you photos to display, as you just have to let them know your email address.

If you want to add photos in bulk though, it might be easier to use the Pix-Star website, which allows you to link your frame to your social media, cloud storage, and photo accounts. There’s support for a decent spread of services – Facebook, Google Photos, Dropbox, Flickr, Instagram, and more.

Once you link up your accounts you can transfer photos to your frame, organised within albums which the frame can then either cycle through or display in a random order. The functionality is similar to other cloud-enabled rivals, but Pix-Star shows its age a bit in the software design.

The UI is dated and clunky, and the experience of managing your accounts and photos is anything but slick. This doesn’t really affect how well everything works at the end of the day, but does mean that sorting through your photos takes a bit longer than on rival devices, can be a little more confusing to get your head around, and just feels a whole lot less ‘premium’.