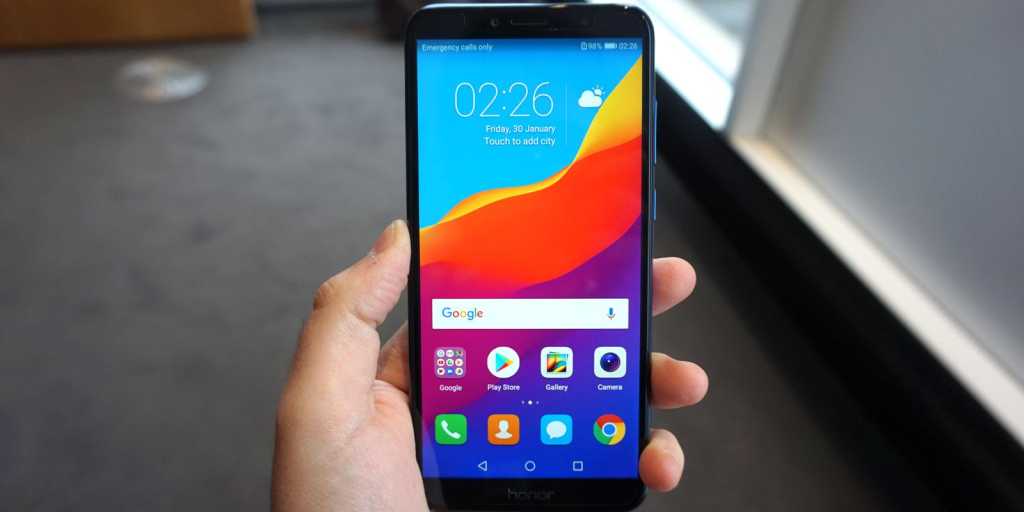 The Honor 7A is a solid budget phone option by all accounts with a 18:9 display, face unlock and sleek design for the price. But in a crowded budget market that includes the similar but better Honor 7C, it might be that you can afford to spend a little bit more on something like the Moto X4 or Honor 9 Lite – both are £199 and have better specs and dual cameras.

Honor has risen quickly to offer Android smartphones in nearly every price bracket. It has done a good job too, and the 7A is its latest very cheap option.

We went hands-on pre-launch to see if it is good enough to challenge phones like the Moto G5S in the battle of best budget phone.

It launches alongside the slightly better equipped Honor 7C.

The Honor 7A is very competitively priced at £139.99 in the UK. At the time of writing, Honor has not confirmed European or US pricing.

This puts it in the same price bracket as the Moto G5S,  EE Hawk and not far off several of Honor’s other phones.

It is not yet available for pre-order or sale but Honor told us it will be available in May from its website. We were told it should also be available in the UK from Carphone Warehouseargos, Argos, Very and John Lewis.

The Honor 7A replaces the even cheaper 6A in the line-up, but makes some changes to the design. The move to 18:9 tall displays in its higher-end products has trickled down to its most budget phone here, and it’s a welcome change.

The phone, to be available in black or the trademark Honor blue, is a light and well-built feeling device with a plastic back – to be expected at this price.

It’s a pleasingly slim and slick device though, with a rear fingerprint sensor, flat camera module with one lens and a headphone jack on top.

The front of the device still has small bezels despite the 18:9 display ratio, with the chin containing the Honor logo and top bezel housing earpiece, camera and a flash (or what Honor calls a smart soft light for selfies, as you can adjust the brightness).

It’s not going to win any design awards, but it’s far from the ugliest budget phone on the market and could easily pass for something that costs twice the price.

The fact it’s a tall display makes the whole thing feel less cramped and lets it show off what is excellent about a phone this cheap – the fact it ships with Android Oreo. This is great to see on such a low-end phone, but we have reservations about how many updates it will get. There are millions of Android phone out there stuck on the version they shipped with, which isn’t great.

But this does mean that for now, the Honor 7A has EMUI 8.0, a much better version that those that preceded it. It’s less cluttered and fairly simple despite the changes made to stock Android.

In our time with the phone it didn’t stutter too much, but once you put the low-powered Snapdragon 430 chipset through some stress it’ll no doubt slow up. This is not a phone to game on, but will be OK for video playback, just remember it can’t display in HD.

There’s 2GB RAM and 16GB storage though it’s non-expandable so if you’re a media glutton then you may want to consider the not much more expensive Honor 7C.

Honor does claim the speakers on the 7A can blast out tunes at 88db, which is incredibly loud. It is certainly loud, but as one downfacing grill, won’t ever give you great results compared to a refined stereo set up on a more expensive device.

The single camera on the rear is a 13Mp lens which took average looking snaps in our time with it, though it’s good to see auto focus. The 8Mp front facing camera is similar fare, minus the auto focus.

That front lens is far more useful for face unlock, amazing to see on a budget phone. It isn’t as secure as Honor would have you believe, but neat for unlocking your phone quickly (or you can use the fingerprint sensor).

Honor is also pushing a karaoke mode where you can sing along with songs while your voice plays back in your headphones, and a more interesting multi-device playback mode with other Honor and Huawei phones running EMUI.

One other thing that gives away the budget nature of the phone is the fact it’s charged via microUSB as opposed to USB-C. However, there is dual SIM so it’s not all bad.