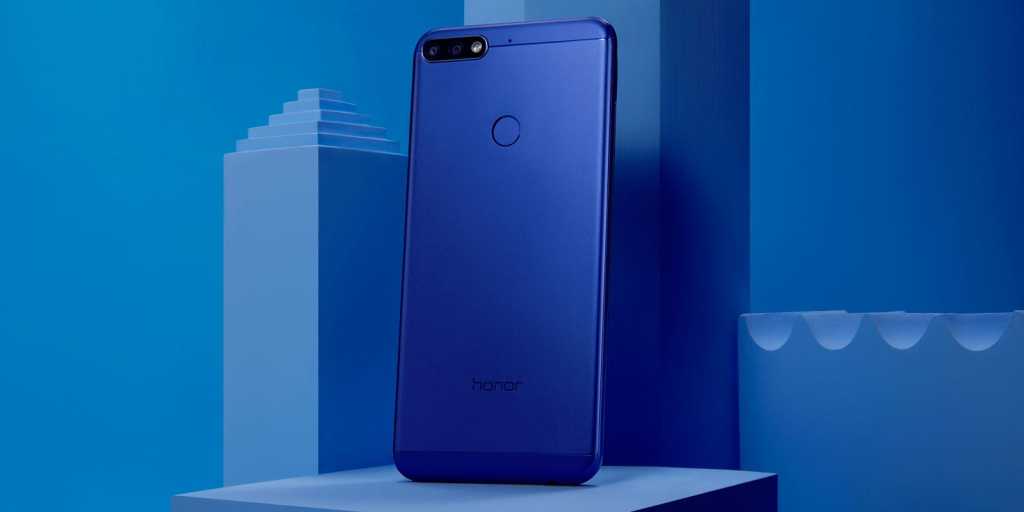 It’s odd that Honor is releasing the 7C phone at £169 when the Honor 7A is available for £139. However, this 7C adds dual cameras and a better chipset to entice you into spending £30 more.  This is promising, but when for £199 you could get the Honor 9 Lite with a 1080p display, better dual cameras and a premium feeling glass design it makes both phones looks a bit unnecessary. We’ll review the phone in full very soon.

Honor is no stranger to the affordable smartphone, and that continues with the Honor 7C. But when it’s charging this much for dual cameras on a device running Android Oreo, what’s the catch?

At the slight risk of having an over complicated line up, Honor is ploughing ahead in 2018. We went hands on with the Honor 7C to see if it’s worth your attention.

It comes at the same time as the even cheaper Honor 7A.

The Honor 7C will go on sale at the end of April in the UK for £169.99 from Honor. Honor says this makes it the only phone under £170 with dual cameras on the market, which looks to be true upon inspection.

As yet there is no confirmed European or US price or release date.

From the front, the Honor 7C looks practically the same as the Honor 7A (and the 7X, for that matter). The differences are on the back and inside.

The 7C has a non-slip metal finish on the rear and a simple dual camera unit, fingerprint sensor and subtle antenna lines. It comes in black or blue and both are attractive if a little bland, but the metal finish is good in the hand and we admit it feels more expensive than it is.

There’s a headphone jack and speaker on the bottom edge alongside a microUSB port that gives away the budget nature of the handset – most Android phones have jumped to the more efficient USB-C in 2018.

With an Honor logo on the bottom edge and camera, flash and earpiece on the top, your attention lands on the 5.99in 18:9 display. A practically 6in screen in a budget phone is a good thing to see as it has taken manufacturers a good year to get to this place.

Other than that, the phone is as sleek and subtly designed as we’ve come to expect from Honor. It doesn’t try to stand out, which is to its benefit. It’s a slim and simple phone with a metal build at a decent price.

What’s inside is where the Honor 7C is more interesting. Its Snapdragon 450 CPU is underpowered by industry standards but this is the same chip rumoured to power the upcoming Moto G6.

That helps compute images from the dual rear 13Mp and 2Mp sensors. The Honor 7C can take bokeh (or portrait mode) style photos, great to see at the price but they surely won’t be as accomplished as anything Google, Apple or Samsung have managed recently.

There’s also a front facing camera for face unlocking – good to see on a budget phone, though we’d be wary of the security implications. Better is the 3,000mAh battery that should see you well through a whole day of use and then some.

That’s all packed into a 7.8mm thick body but the impressively sized 5.99in display is disappointingly not HD at only 1440 x 720p, though this is not a surprise at £169. The 2.5D glass should help prevent scratching as it’s more hard wearing than seen on some cheaper smartphones.

What is excellent is the three card slot for two SIMs and a microSD card with support up to 256GB. Even high-end Android phones make you pick between using two SIMs or one SIM and an SD card, but the Honor 7C lets you do all three.

That’s welcome on a phone with only 32GB on board storage, but it does have a decent 3GB RAM to keep things ticking over. Just don’t expect anything world beating.

Pleasingly the phone ships with Android Oreo 8.0 and EMUI 8.0. The latter is a busier Android skin than most, but it’s in the best version it’s ever had. It still looks a lot like iOS, but – and we repeat ourselves – for the price, it’s absolutely fine to put up with even if you don’t like some of the design choices.

Other software features include dual Bluetooth connection, a supposedly fun karaoke mode and multi device playback for audio between Honor (or Huawei) phones.