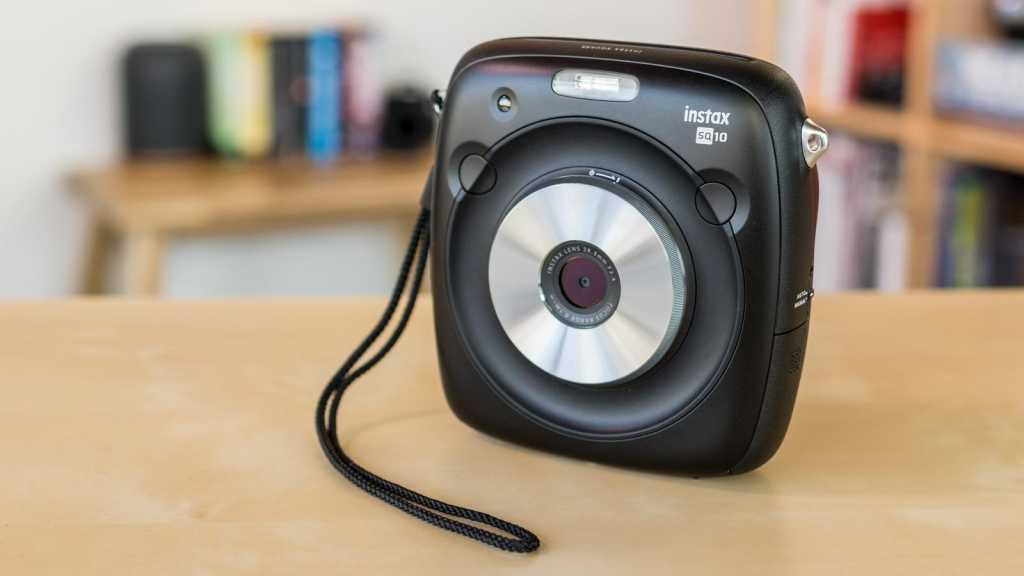 It’s the ability to perfect your photos before you print that’s the real selling point here, especially for those that bristle at the cost of the film itself, which is still around £1/$1 per print. Still, there’s a loss of immediacy here too, and it’s hard not to feel that in letting you pick the perfect shot, the SQ10 misses out on the charm of instant cameras in the first place.

The Instax SQ10 stands out from the rest of the Instax range for a couple of reasons. First up, there’s the print format: these are square, much like official Polaroids, though are about two-thirds the size.

More interesting though is the fact that the SQ10 is a digital/instant hybrid – it’s essentially a digital camera with an instant printer built into it, which opens up a host of new options. 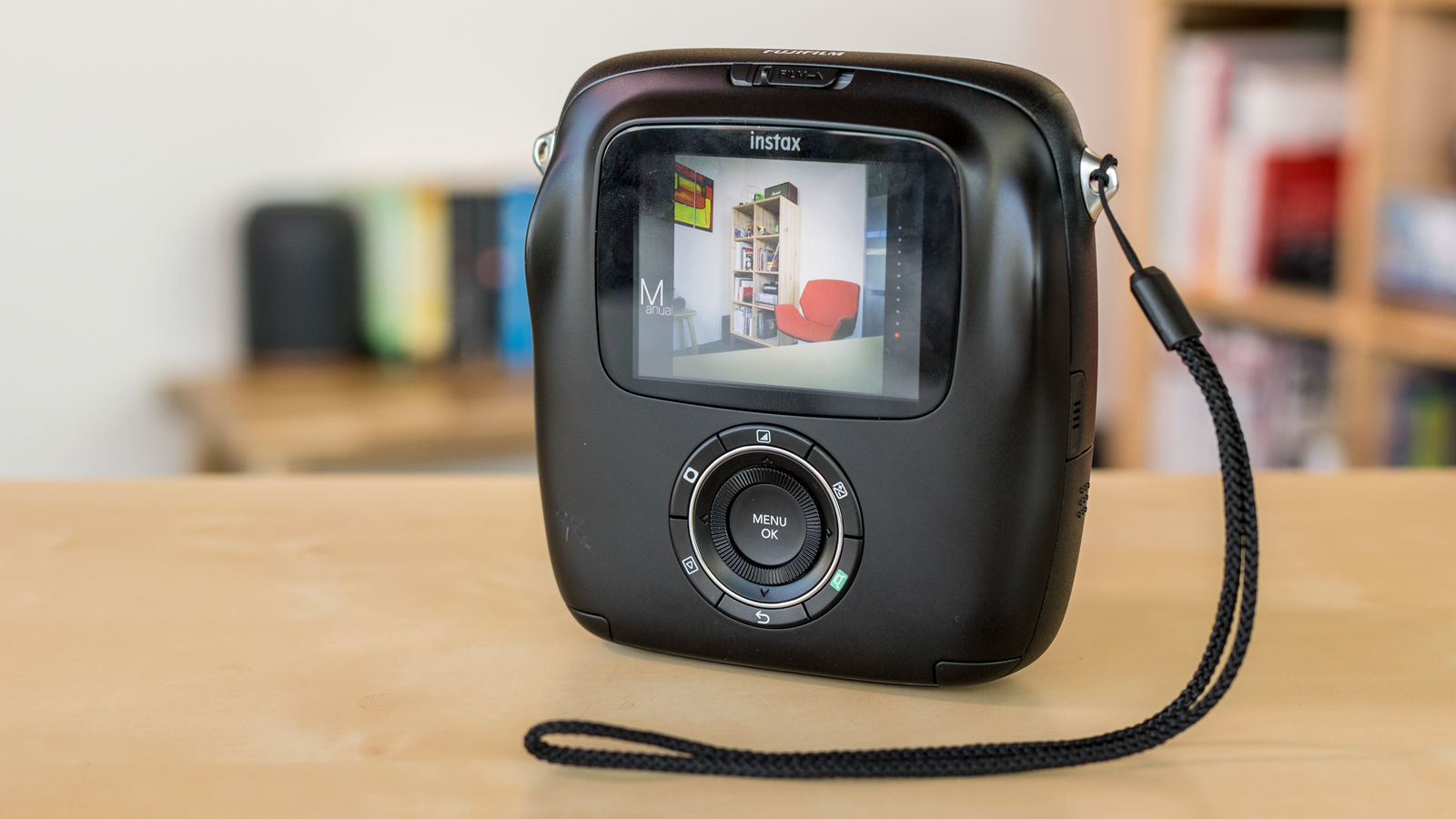 You can set the camera to print photos automatically as you take them – just like any other instant camera – but you can also set it to a manual mode, which gives you the chance to take multiple shots and pick the perfect one to print. That’s made easier by the 3in TFT display on the back of the body, which also makes it easier to line up shots in advance.

Before you do so, you can digitally alter images, using a selection of different filters and brightness adjustments. You can even zoom into a photo to print a specific part of it, or include a selection of photos in one montage to print.

There are also a few options before you take the photo. Beyond the standard flash controls and timer, you can take long exposure photos with the bulb mode, or double exposures to blend two images together. 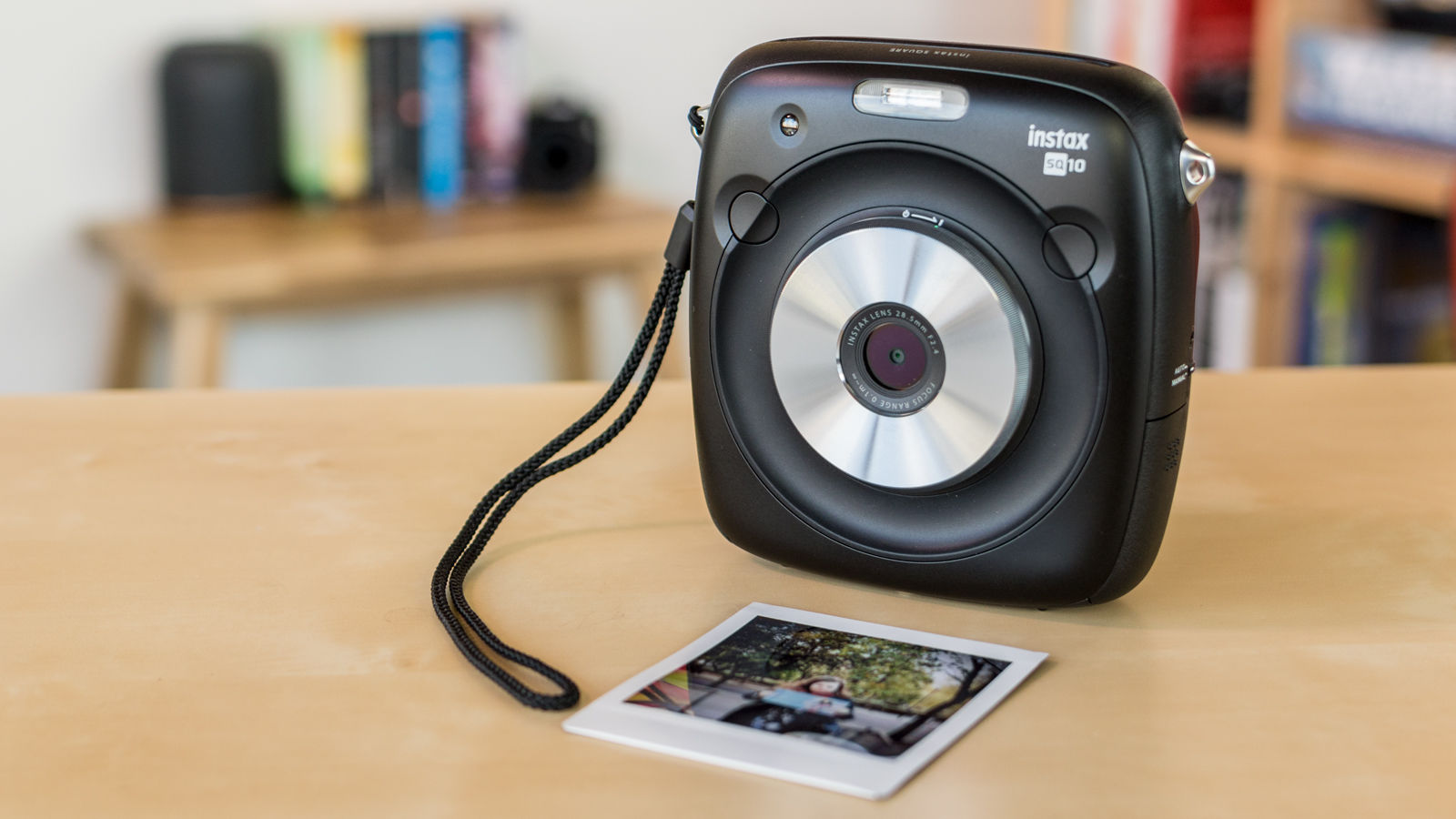 The photos themselves are impressive. The SQ10 holds up best for close-ups and portraits, where it offers an impressive level of detail and bright colours – though it lacks some of the warmth of its true film counterparts.

That sense of compromise is also apparent in the digital photos. For one, there’s the challenge in accessing them: the camera itself stores 50 photos, but can be expanded with a microSD card. You’ll need that to transfer photos to a computer or phone, but we wouldn’t bother – the resulting shots are low quality and uninspiring. They might look great on a tiny Instax print, but on a computer monitor it’s quickly apparent that the SQ10 can’t compete with your smartphone on digital shots.