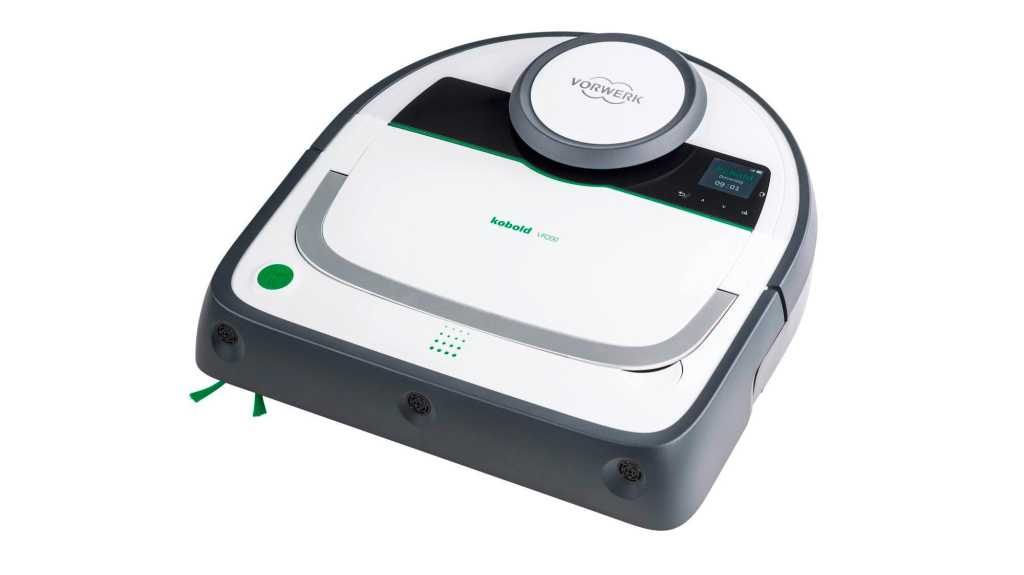 The Kobold VR200 offers powerful cleaning than can (almost) match a regular upright vacuum, backed up by good maneuverability and and solid smart support – albeit minus a couple of big features. It’s just a shame to see big downsides – the noise, or the lack of Alexa and Google Home support – in a device with such a high price.  An alternative option from Vorwerk is the Kobold VK200 vacuum cleaning system, which we’ve reviewed here.

You may not have heard of Vorwerk, but the German company has big plans for the robot vacuum market – both through its own line of Kobold cleaning devices, and the 2017 acquisition of robot vacuum manufacturer Neato. It certainly doesn’t need Neato to succeed though, as its own Kobold VR200 is a very impressive robot indeed.

With app support, Alexa integration, and some serious suction, the VR200 is one of the best robot vacuums around, missing out only on some of the more advanced smart features included in a few of its rivals – and the fact that it’s burdened by a fairly hefty price point.

Annoyingly, the VR200 is only available to buy direct from Kobold itself. It’s currently not available in the US, but if you’re in the UK it’ll set you back £749.

That’s a lot of money, and puts the VR200 squarely up against the top end of the robot vacuum market: the £799.99 Dyson 360 Eye, the  £799 iRobot Roomba 960, and the £799.99 Neato Botvac D7. It’s not an outrageous price then, but with others available for hundreds of pounds less, Vorwerk still has to do a lot to prove the VR200 is worth the extra expenditure. 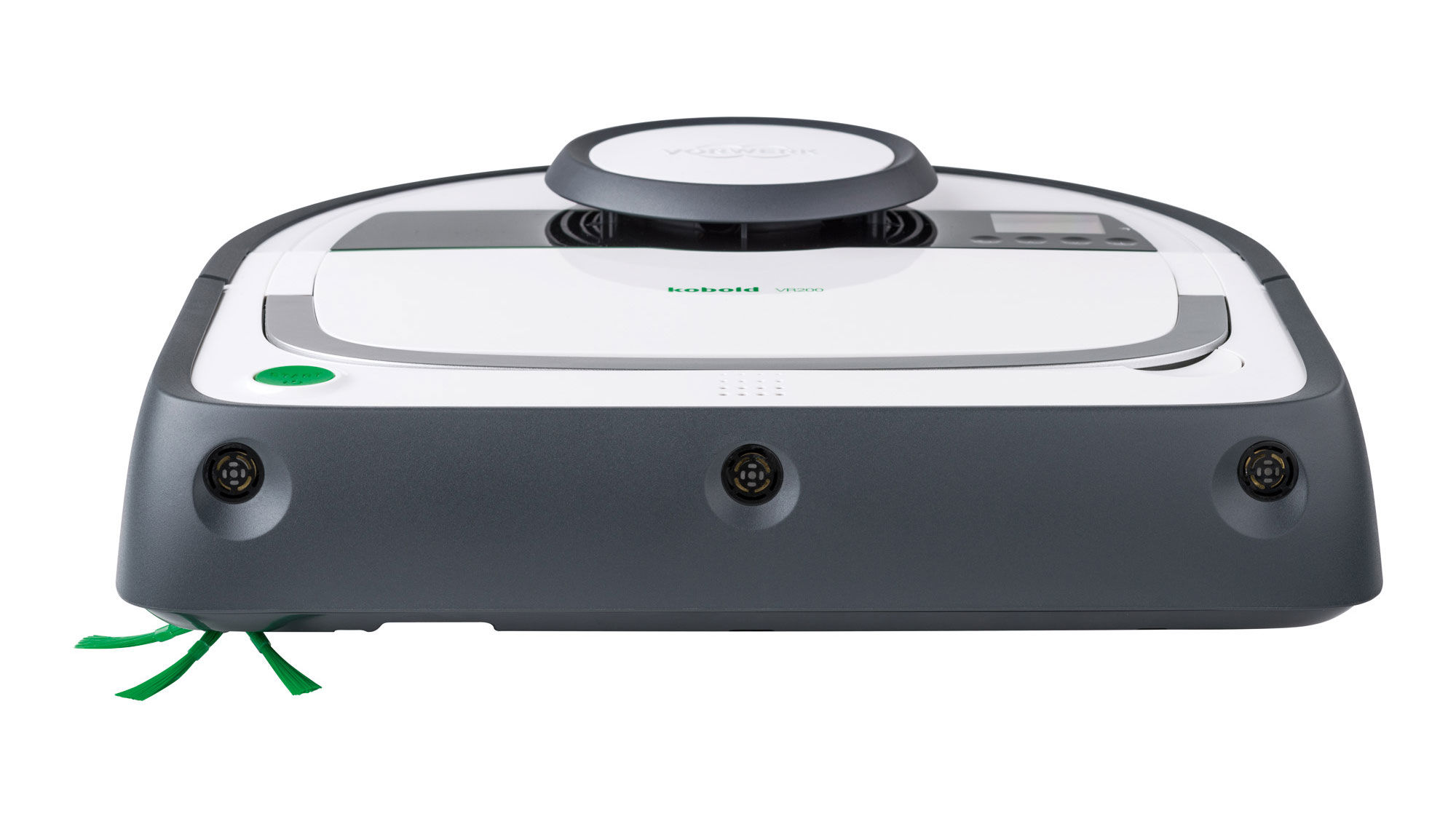 The Kobold VR200 has the same D-shaped design as the Neato vacuums, which gives it the distinct advantage of being able to get into corners – useful for, say, anyone who doesn’t live in a house perfectly round with perfectly round rooms.

The white design with black and green accents is simple, and while it might not win any awards for aesthetics, it is fairly attractive for a market otherwise almost exclusively dominated by very, very ugly devices. At just 9cm high it’s also short enough to fit under most chairs and sofas, helping it get around the place and clean under furniture, as well as around it.

And get around it does – when the VR200 is off it’s got a great rate of movement, smoothly motoring around the place and cleaning as it goes. It navigates around in lanes – doing its best to map out the edges of each room before cleaning the middle lane by lane, then moving on to the next space.

It uses a laser to detect obstacles and map out its surroundings – which is also how it remembers how to get back to its base station – and does an impressive job of avoiding collisions. Even attempting to navigate a dining room table surround by chairs, the VR200 deftly managed to get close enough to clean thoroughly without ever whacking into anything.

The Kobold is also impressively capable of handling minor vertical obstacles. Vorwerk claims it can climb up to 2cm – obviously not enough to climb stairs any time soon, but it’s very comfortable crossing room boundaries and climbing onto carpets. It repeatedly surprised us by making it over obstacles we were sure would get in its way and, even better, is also smart enough to reverse whenever it realises it’s climbed too high, so it never got stuck. 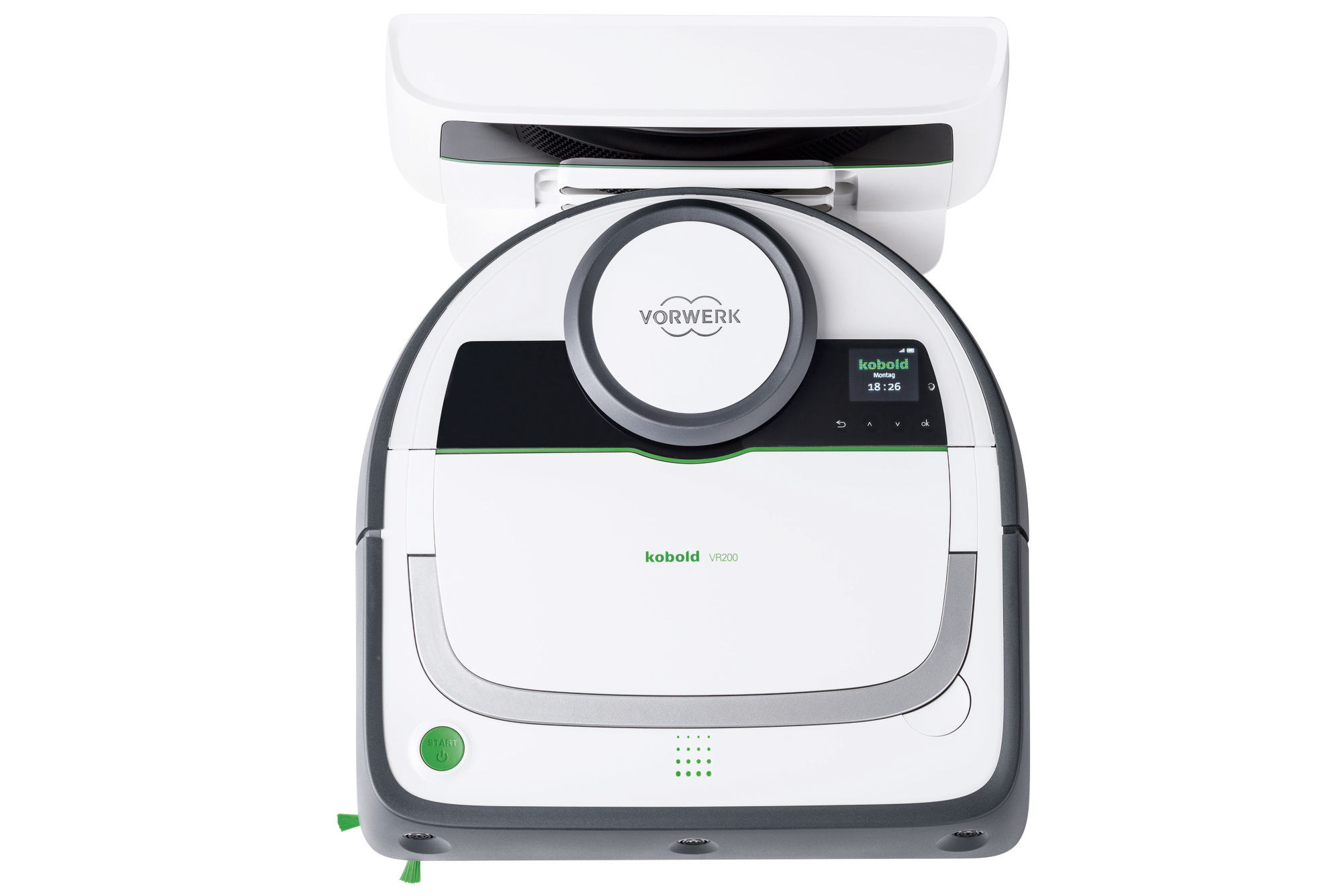 Vorwerk promises up to 90 minutes of battery life, though that’s only on the low-power eco mode (though since that mode is quieter and still packs enough punch to keep your carpets clean, you might find you keep it on eco all the time). In practice, the battery life doesn’t matter all too much anyway though – the VR200 will automatically return to its base station when the battery gets low, and head back out again to finish the cleaning route if necessary.

If you don’t want the vacuum to clean the entire house there’s also a spot cleaning mode, which sets it to clean a specific 1.5×1.2m area – ideal for a sudden crisp spill you need to clean up – and you also get magnetic strips that you can lay out on the floor to mark areas you don’t want the VR200 to clean – ideal to mark off wherever you leave your shoes so that it doesn’t get caught in the laces.

As for the actual cleaning power, it’s undeniably impressive. As we’ve already said, even the eco mode is capable of keeping up with most cleaning needs, and the main mode will tackle anything else, even fluff and hair – which can cause problems for less powerful robot vacuums. It also helps that the lane system leaves unexpectedly satisfying lane pattern on the carpet – think the stripes on a freshly mown lawn – which helps reinforce how clean the Kobold has gotten the place.

The downside of all that power is that it does in turn produce a fair amount of noise. It’s hardly deafening, but it’s louder than some rivals and definitely enough to get on your nerves when you’re trying to watch TV and the robot trundles in, blasting air around as it goes.

Emptying is mostly painless too. The robot will alert you when it’s nearly full, and stop cleaning once it’s at capacity. You can either take the whole dust tray out to empty it over a bin, or use your regular vacuum to hoover the dust directly out of the robot, saving you the bother. Well, until you then have to empty your regular vacuum too, but that’s a problem for future you.

The VR200 ships with both a remote control and a few simple buttons on the device itself, with a small display to help you navigate the menu. You can use all of these to change settings, set a schedule, or just start it up cleaning on your mode of choice. You can also use the remote to control it more directly if there’s a specific spot you want to get, but understandably that gets a little fiddly. 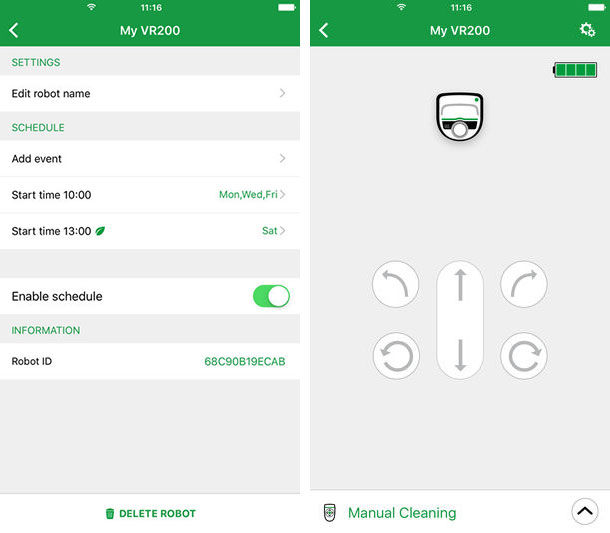 More usefully, there’s also an accompanying Kobold Robot app – for either iOS or Android – which lets you do all the same stuff from the comfort of your smartphone. It’s a simple but slick experience, letting you use your robot remotely (even when you’re not on the same Wi-Fi network), set a cleaning schedule for it, and get notifications when it’s done cleaning or runs into problems. Just be warned that you might need to install a firmware update before you can connect it to the app, but there’s an included Micro USB cable to make that relatively simple.

There are two big downsides to the smart support compared to rival devices. The first is that while the VR200 is supposedly mapping out your floorplan, there’s nothing in the app to indicate that. Similar top-spec robot vacuums are beginning to include interactive floor plans in their apps, which you can then use to mark off areas you don’t want cleaned or even just monitor your robot’s progress, and given the price it’s a shame that the VR200 isn’t packing that feature.

There’s also currently no UK support for Amazon Alexa or Google Home – though there is a German-language Alexa skill, so there’s at least hope that more smart home features might be on the way. But with much cheaper robot vacuums already packing support for voice controls, it leaves Vorwerk’s option looking a little behind-the-times.