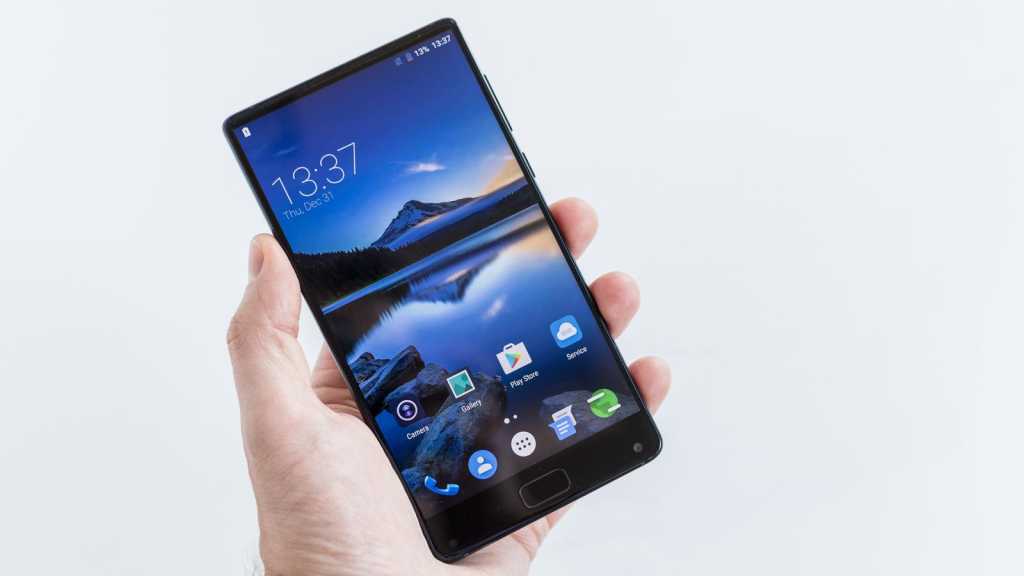 The Elephone S8 has a lot to offer under £200, including a large, very decent 16:9 Quad-HD screen, but it’s not the upgrade to the Elephone S7 we were hoping for. Its design is a real departure, more Mi Mix Mk II than Elephone S7 Mk II, and it loses nice touches such as the microSD slot and headphone, while upgrading the battery, charging port and cameras.

As fans of the Elephone S7 we were excited to see how the S8 shapes up – and then disappointed when we realised how much of a departure it is from its predecessor. But our disappointment didn’t last long, because the Elephone S8 offers some decent hardware at a mid-range price.

The Elephone S8 is a Chinese phone, and as such must be imported to the UK from a site such as GearBest, which supplied our handset for review. At the time of writing it costs £192.01/$262.94/€216.89, though prices can fluctuate on a daily basis.

If you decide to take the plunge, there are some things you should note about buying Chinese phone s. Naturally delivery times will be longer (though there is a free shipping option), but your rights are also different when buying outside Europe, which is handy to know should your product arrive faulty.

Import duty is payable, which is 20 percent of the value on the shipping paperwork plus an admin fee of around £11 – remember to factor this into your budget.

Chinese phones are typically a lot cheaper than those we buy in UK High Street stores and online, but you must buy them SIM-free and then add a SIM-only contract. These work out significantly cheaper in the long run, but you must have the money to buy the phone up front.

Whereas the Elephone S7 was a compact smartphone with a 5.2- or 5.5in screen, tiny bezels and a 7.6mm-thick chassis, the Elephone P8 is a huge beast with a 6in screen, weighing in at 180g with an 8mm body. It’s not so much Elephone S7 Mk II as it is Mi Mix Mk II, but it hasn’t pulled off the design as successfully as did Xiaomi with its original Mi Mix.

It has minimal bezels at the top and left and right sides, but the chunky chin adds to the height. This is necessary given that the chin houses the selfie camera – a setup copied from the Mi Mix, and one we don’t especially like as it requires you to turn the phone upside down to take a selfie. This doesn’t work well with apps like Snapchat, and it means the Elephone S8 will not unlock using an iris scanner as the S7 did.

Whereas today’s full-screen phones adopt an 18:9 aspect ratio (or thereabouts), allowing for a taller screen rather than one that is larger in all dimensions, the Elephone S8 has a 16:9 aspect ratio which makes it feel much wider.

Elephone has swapped the plastic rear panel on the Elephone S7 from one that looked like glass to one that actually is glass, here protected by Gorilla Glass 4. It’s worth pointing out, though, that Gorilla Glass is not indestructable and, unfortunately, our review sample arrived with a crack in the bottom left corner.

The rear panel is curved at all four edges, which goes some way to making this enormous smartphone feel a bit more manageable in the hand. We would have been more impressed if the transition between metal frame and glass rear wasn’t so obvious, however, and there is a clear ridge as you swipe your finger across the surface.

The rear itself is prone to fingerprints and not completely flush either, with the square 21Mp camera jutting out at the top. Fortunately this is large enough that it doesn’t cause the Elephone to be unstable or rock when used on a flat surface, but it’s not an especially attractive design.

We’ve been fairly critical of the design so far, but the Elephone S8 does have some finer points. The screen, for example, is a Quad-HD 16:9 display with excellent clarity, sufficient brightness and vibrant colours. Viewing angles are also strong.

More importantly, its size makes it an ideal tool for enjoying media and playing casual games, or whatever else you want to do on this phone.

Below the screen is a physical home button with integrated fingerprint scanner, which functions as a three-in-one key. You tap once to go back, twice to go home, and long-press to open the multitasking menu. It’s fairly intuitive once you’ve got the hang of it, though you can also display a navigation bar onscreen if you find it easier.

Audio is reasonably loud from the mono speaker (don’t be fooled by the twin speaker grilles either side of the USB-C port), and an NX Audio Amp tat is said to ramp up the bass and tone down distortion at higher volumes. The distortion is still very much audible at max volume, however.

Both phones use deca-core processors, and are equipped with 4GB of RAM and 4GB of storage, though the Elephone S8 loses its support for microSD.

The larger and higher-resolution Quad-HD screen may be what held back the Elephone S8 in our graphics benchmarks, in which it also turned in scores below that of the Elephone S7.

In T-Rex, for example, the S7 managed 23fps and the S8 just 21fps. Both are playable scores, nonetheless, and either phone is capable for casual gaming.

The Elephone S8 did outperform the S7 in JetStream, however, which is a JavaScript benchmark. In this test higher scores are better, and the S8 turned in 48 points against the S7’s 25.

Given the larger chassis the Elephone S8 is also able to accommodate a larger battery, boosting the S7’s 3000mAh cell to a 4000mAh battery that supports PE+ fast charging. It also swaps the Micro-USB port for USB-C, though there’s still no support for wireless charging (not to be expected at this price). You’ll need to use the included adaptor to listen to audio, since there’s no headphone jack.

In terms of connectivity the S8 covers most bases, with dual-SIM functionality and support for all UK 4G LTE bands. There’s also 802.11ac Wi-Fi, Bluetooth and GPS but, as before, still no NFC. This is necessary for mobile payments.

The cameras are another key change in the Elephone S8. The S7 featured a basic 13Mp f/2.2 camera with single-LED flash, and a 5Mp selfie camera at the front. The S8 is now rocking a 21Mp primary camera from Sony, plus an 8Mp selfie camera, though the camera app is just as basic as before.

As you can see from our test shots below (Auto, HDR and low light), the camera performed reasonably well in low-light, with some noise detectable but it did a great job picking out text and the different shades of black.

In daylight it performs acceptably, but there is still a lot of blurring evident, particularly toward the edges of the shot. It also takes an age to focus on a shot.

The Elephone S8 is running a reasonably plain version of Android 7.1 Nougat, complete with Google Play services. There are some preinstalled apps such as Flashlight and Notebook, but a large portion of the 64GB storage remains free to the user.

It also supports some gestures, such as double-pressing the power button to open the camera, or sliding three fingers to take a screenshot.