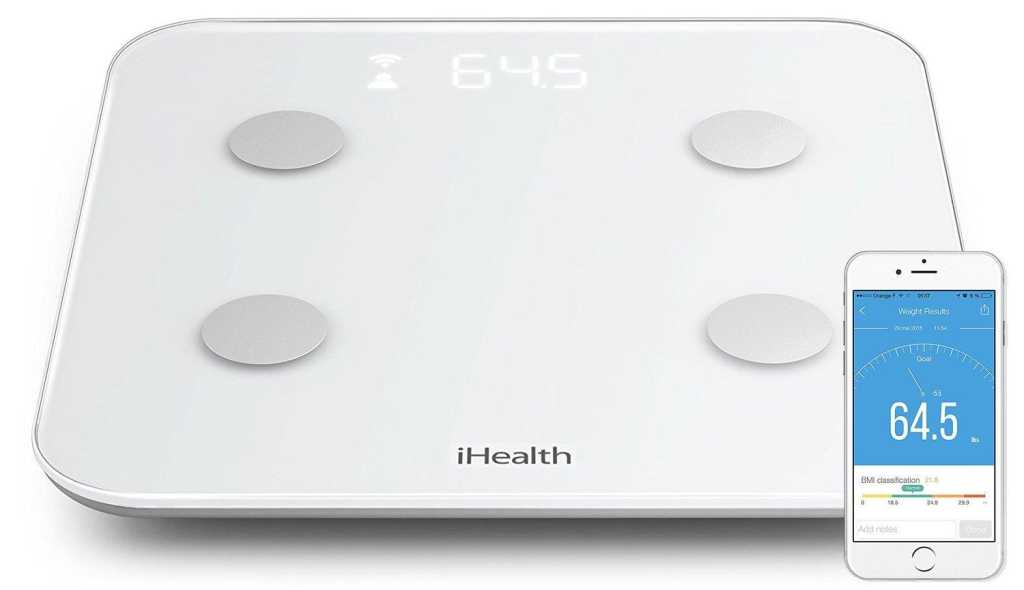 We like the way that the Core and Lite scales interact with the other iHealth products, and the Core offers a bunch of useful metrics with which to monitor your health. Setup is easy and the app’s graphs give a decent visual representation of your health-metric trends as you progress.

“You are more than just a number, you are beautiful!” says the iHealth scale when you open the box. This is a nice message as it reminds you that whatever the data the scales give you, you shouldn’t hate yourself for them. Get more healthy, change those numbers, for sure – but don’t let your life be absolutely ruled by them.

There are two models available: the iHealth Core (HS6) and iHealth Lite (HS4). You can still find the older Body Analysis Scale (HS5) available online, but this has now been officially replaced by the Core, which has much the same features but a better (if heavier) design.

As it can be synced via Wi-Fi the iHealth Core allows the device to be used by a family much easier as it recognises the user without the phone present. It also pairs via Bluetooth if that’s your preferred connection.

The Lite version measures just weight and BMI, and connects only via Bluetooth.

Like the other smart scales reviewed here the iHealth scales wirelessly sync with a mobile app (iHealth MyVitals, on iOS and Android) to graphically and statistically display your latest and historical data, helping you track your progress.

Setup is pretty easy, and you can start using it straight away after registering with the app.

Once connected to the iHealth MyVitals App an algorithm can calculate an estimate of your optimal calorie intake for Core users; Lite users will need to manually input this data.

The scales keep up to 200 measurements in its internal memory, so you don’t have to sync every time you step on the scale.

Both can support the highest number of individual users (20) of all the scales reviewed and tested here. Each can set their own goals and monitor their stats on their own apps.

The iHealth scales are part of a wide family of iHealth gadgets, including an activity tracker (the iHeath Wave that notably tracks your swimming as well as steps and so on), oximeter, and blood pressure monitors. Read our iHealth Wave review for more on all these iHealth products.

With this medical angle you can share the information from the scale with your doctor or caregiver if you wish.

One caveat is that the scale has received fairly low user scores, who complain about the scale’s accuracy.