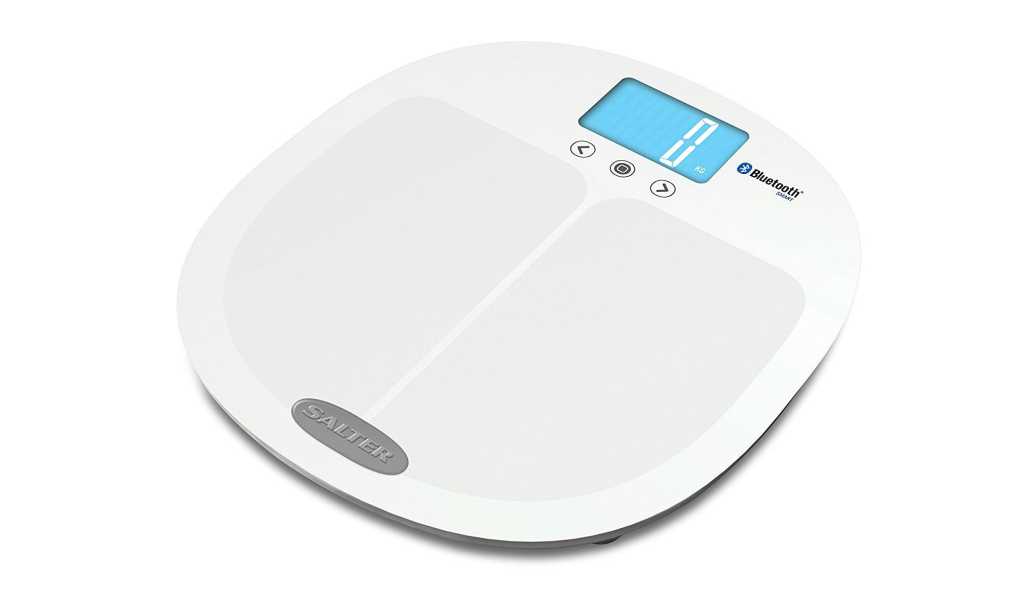 Salter is an established brand in non-digital scales. The Curve Analyser Pro looks great and measures just about everything a set of smart scales can. We found initial setup to be hit and miss, and syncing data via Bluetooth sometimes just didn’t work – the whole procedure seems needlessly complicated when it should be step on and everything just works. For this reason we can’t really recommend the Salter scale, which is a shame as it is otherwise an interesting device.

Salter is a well-known scales manufacturer, and has been weighing people for nearly 50 years – unlike the new kids on the block with their fancy digital monitors. But Salter has a range of electronic scales to match the best functions of other smart scales.

The Salter Curve Analyser Pro scales have an easy-to-read LED display, which shows you your weight and other metrics when you step on. You can also use the display to input your height, age and gender details.

The instructions go further than most smart scales, explaining the metrics, and giving healthy averages to aspire to. Remember that we’re all individuals and depending on your body you may not conform exactly to these generalised averages.

The scales look good, and will fit into to most home environments.

We found setup a little confusing at the start, but we were up and running (or rather standing) reasonably quickly once we had paired the device with our phone via Bluetooth. Other online reviews back us up on these Bluetooth teething problems. It took a couple of goes to get the data to sync from the scales to the Mibody app (iOS and Android).

It worked fine for a couple of days but if you move the scale you have to go through what appears a simple procedure but actually frustrated the hell out of us. Some days – despite a successful pairing via Bluetooth – we could see the weight on the scale’s display but it refused to sync with the app. In our opinion this negates the term “smart” in the smart scales stakes.

You use the app to set yourself goals on the various metrics. You can also input other personal data, such as your waist measurement, which some health professionals believe is a better indication of your health (when considered with your height) than your BMI. You can also input your neck, upper arm, chest, thigh, calf and hips measurements. None of the other scales have this ability. 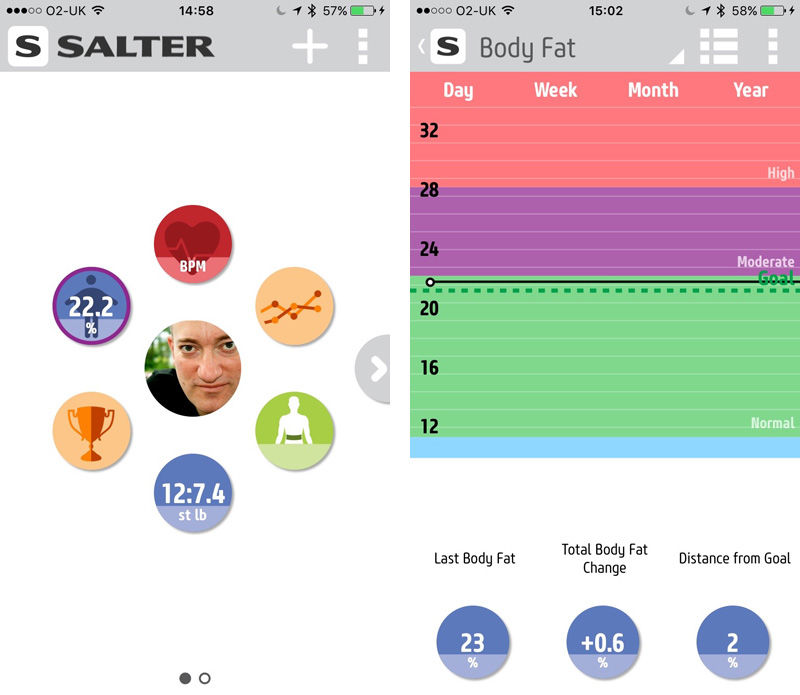 While clear, the app’s graphs were a little flat compared to other more visually engaging apps seen with the other smart scales we’ve reviewed.

There are Child and Athlete modes to distinguish between types of user.

Like the iHealth scales the The Salter Curve Analyser Pro can sync with other medical devices such as a blood pressure monitor. It comes with a generous 15-year guarantee, and three AAA batteries.