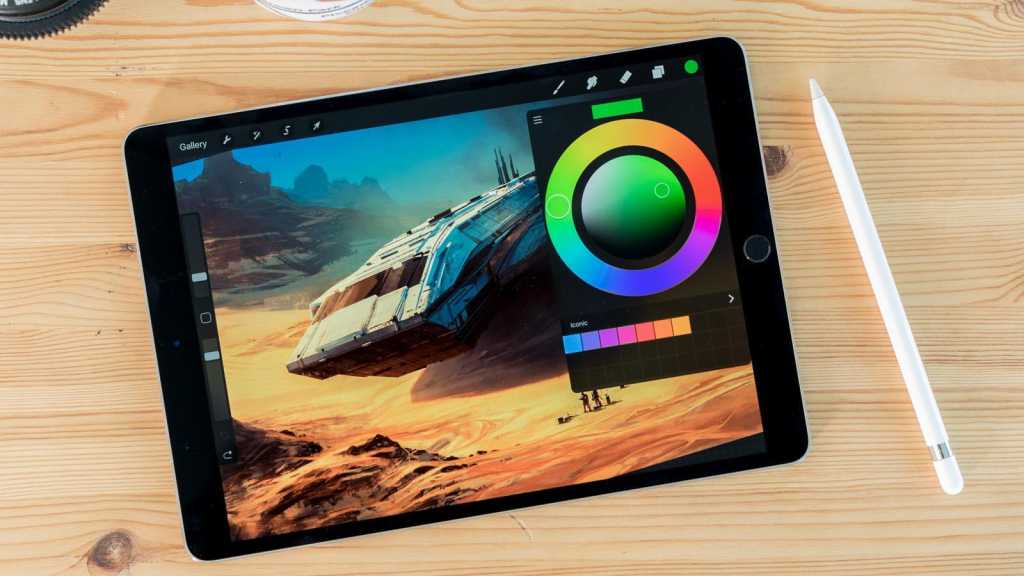 This isn’t a case of one iPad being better – naturally the iPad Pro models have more advanced specifications and features. The question is whether you need to spend the extra to get a Pro over the new regular model. If you’re just looking for a decent tablet to do normal tasks on, or even the odd spot of photo and video editing then the iPad 2018 will suffice. We’d only recommending splashing out the significant amount extra on an iPad Pro if you will really make use of its features including the superior screen, A10X chip, quad speakers, better cameras and higher storage capacities.

As rumoured, Apple has introduced a new iPad for 2018 and it supports the Apple Pencil. So do you really need to spend a lot more to get an iPad Pro now? We compare the iPad models to help you choose which is best.

You can order it from Apple, of course, but it’s also available from John Lewis, Argos and  Currys in the UK and  Best Buy and Walmart in the US.

The new iPad price seems even better when we compare it to the iPad Pro which used to come in 9.7in but that model was discontinued last year.

So that’s almost twice the price between the new iPad for 2018 and the cheapest iPad Pro – and that’s without including the price of Apple’s Smart Keyboard which is a further £159/ $159.

Is there enough reasons to pay all that extra money for a Pro? Let’s take a look.

There’s not much in the way of design and build to separate the iPad 2018 with the two iPad Pro models.

The obvious difference is the increasing size and weight as you opt for a bigger screen. Overall, they’re typical iPads and there’s no hidden surprises here.

Generally we’d recommend the 9.7- or 10.5in models in terms of size and weight unless you really need that extra real estate of the 12.9in iPad Pro.

One of the key things here is that the iPad Pro models are compatible with Apple’s Smart Keyboard so if you’re wanting to do a lot of typing then this will be an advantage. You can still use the iPad 2018 with a Bluetooth keyboard, though, so it’s not your only choice.

If your heart it set on Rose Gold then you’ll have to buy the 10.5in iPad Pro. It’s worth noting the Gold colour for the iPad 2018 is a new hue – sort of half way between the Gold and Rose Gold of the iPad Pros.

And don’t worry, all these iPads have headphone jacks.

As we’ve alluded to, one of the biggest choices here (beyond price) is which screen size suits your needs best. For most users the 9.7 or 10.5 models will be just fine but if you want a more laptop-like experience (possibly a laptop replacement even) then it could well be worth going for the 12.9in.

The new iPad 2018 has Apple Pencil support so there’s no longer the need to get a Pro model to use Apple’s own stylus. Either way it’s still an optional extra that costs  £89/$99.

This is great news if you’re wanting to get an iPad with an Apple Pencil without breaking the bank. However, it’s worth noting that the much cheaper iPad 2018 doesn’t have a laminated screen so the experience isn’t as good.

It’s also possible you might want or need the anti-reflective coating, wide colour gamut and true tone display on offer with the iPad Pro models.

The iPad 2018 might only have a an A10 Fusion processor while the iPad Pros have the A10X but most users won’t notice the difference. Professionals needing to do intensive graphics rendering might want to opt for the Pro for its extra performance.

Storage is another key area since Apple doesn’t allow you to expand with a microSD card. The iPad 2018 is limited to 128GB but the iPad Pro can offer 256- or even 512GB – if you can afford those models.

Some smaller differences to consider include the better sound on offer with the iPad Pros due to the quad speaker setup. They also have better front and rear cameras as well as the newer generation of Touch ID.

Here’s a table to give you an overview of the specs and differences: