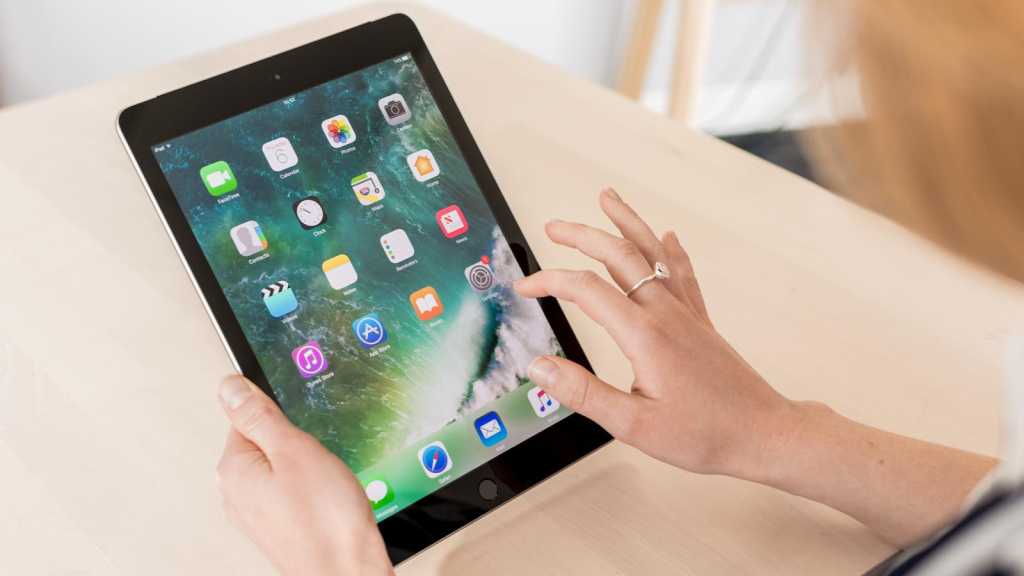 If you have the iPad 2017, you really don’t need to upgrade, unless you want Apple Pencil support for the least money. It’s an unexpected move from Apple, but a great-to-have feature if you pick up the 2018 iPad.  The A10 Fusion chip is also a welcome addition, and makes the tablet nearly as fast as the latest iPad Pro – impressive in a tablet that starts at £319/$329.  Just be wary that if you download a lot of content, the 32GB version might be too small for your needs – go for the 128GB of either the 2017 or 2018 iPads and you’ll have a tablet you can fill with media that will last you several years. But don’t buy the older 2017 model at its RRP when the 2018 iPad costs less.

Although the iPad is a household item as well as household name, it’s only been a thing for eight years. In March 2018, Apple announced what it’s calling the sixth-generation iPad, but for the purposes of this comparison, it’s called the iPad 2018.

Here are all the similarities and differences between the iPad 2018 and the older iPad from 2017. All the images in the main part of this article are of the 2018 iPad.

It’s also available from John Lewis, Argos, Currys PC World in the UK and  Best Buy and Walmart in the US.

You can apply for discount if you’re in full time education or bulk buying for a school.

The older 2017 iPad 32GB version was £339, but is no longer available from Apple and most resellers. You might find one on eBay, though.

Aside from the new gold colour, the iPad 2018 is physically and visually identical to the iPad 2017. There is no difference.

There’s a new colour though. Following the new hue of the iPhone 8 and 8 Plus, the iPad 2018 has a slightly different gold tone – and there’s no rose gold version. Check out the differences between these:

The 2018 iPad continues the altered design of the 2017 iPad. Back in 2014 Apple released the thinner iPad Air 2, which also had a laminated screen.

The 2018 and 2017 iPads don’t have laminated screens, so there is ever so slightly a, air gap between the display and the screen that you actually touch. It’s barely noticeable, but there is some flex in the screen, and means the unit itself is thicker.

It’s actually a very similar design to the iPad Air 1 from 2013.

Despite all this, it’s a good design. It’s the most iPad-looking iPad ever, with an iconic front-on look – bezels containing the Touch ID home button and the bottom and FaceTime camera up top.

The cellular iPad 2018 is the same save for a black (or white, depending on the colour you pick) bar on the rear at the top which is the cellular receiver.

It’s an aging design, but on a tablet this good, it doesn’t matter. 9.7in is still the sweet spot for screen size for most people, and it’s great that – relatively speaking – the iPad is increasingly affordable.

The good news is that there are changes on the inside. Where the 2017 iPad used the A9 chip, the 2018 iPad has the newer A10 Fusion chip also found in the iPhone 7. Most users won’t notice the difference, but it’s a necessary upgrade as the iPad now supports Apple Pencil.

This is the biggest upgrade, and a somewhat unexpected one on the entry-level iPad. At an event, Apple geared its messaging towards education and school use, in part due to the strong market competition from Chromebooks. Support for Apple Pencil, until now only compatible with iPad Pro, brings a useful feature at a cheaper price.

This new compatibility coincides with Apple Pencil support in Apple’s free iWork apps. So Numbers and Keynote can register stylus input, while Pages has a whole new feature called Smart Annotation. You annotate documents, and then that note or annotation is anchored to the correct part of the document, even if you edit later.

Aside from the A10 Fusion, everything else is the same as in 2017 iPad. You only get 200GB free iCloud storage through schools, so it’s a paltry 5GB for everyone else.

Apple also never officially states how much RAM is in its iPads, but teardowns show that both models likely have 2GB.

This is a high level collection of specs for an entry level tablet though, and the sort of product that is going to last you several years if you look after it. The new chip will also make the 2018 iPad better at the AR capabilities Apple is bringing to the classroom.

The 2018 iPad ships with iOS 11 and will receive upgrades for likely at least three years, as per Apple’s software update patterns. And with basically the same hardware, the 2017 iPad is likely going to receive those same updates for nearly as long.

iOS brings new productivity focusses to the way you use an iPad, with a dock at the bottom of the home screen like you’d find on an iPhone, for example. But the experience is identical whether you go for the 2018 iPad or the one from 2017.