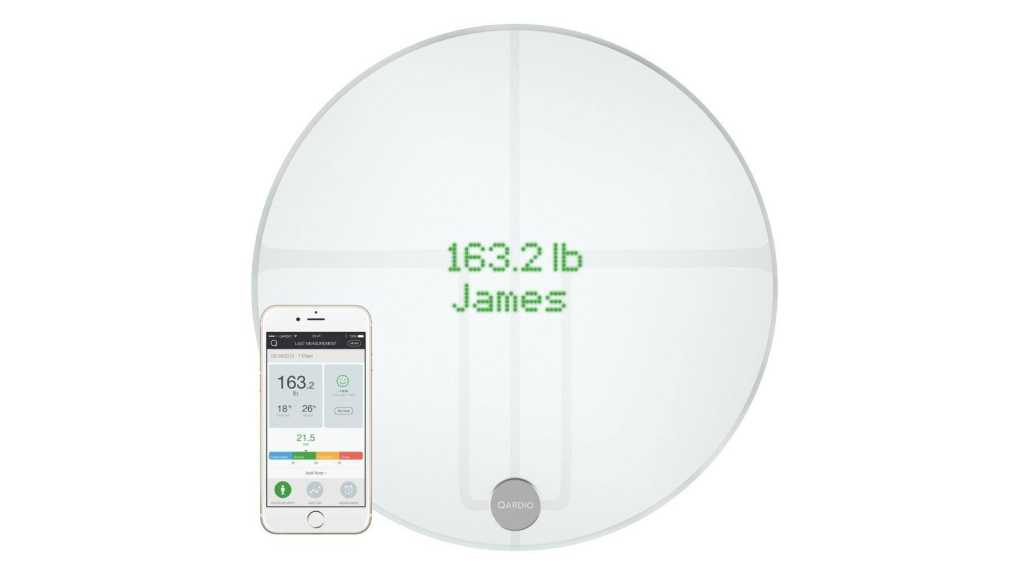 The QardioBase 2 is as smart as it is stylish, offering a good range of body composition measurements, along with handy unique features like haptic feedback or the emoji display. Our only minor gripe is that the app doesn’t make the most of all the data it gathers, but it does do more than enough for most. The price is the only sticking point. The QardioBase 2 sits at a premium price point, and while it offers enough features to justify that price, it’s worth remembering that you can get almost as much for a whole lot less from other manufacturers.

We were fans of the first QardioBase, which we thought was one of the best smart scales on the market, and now Qardio has brought out a new and improved version: the originally named QardioBase 2.

Capable of measuring both weight and body composition, and automatically recording them in the accompanying app, the QardioBase 2 has a fair few tricks up its sleeve, along with a stylish – and now a bit more practical – design. Here’s what we think.

See more in our round-up of the best smart scales.

The QardioBase 2 is a smart scale that uses Wi-Fi and Bluetooth to share your measurements directly with the accompanying Qardio app, giving you an immediate and ongoing log of your weight and body composition – it measures fat, muscle, and water percentages in addition to pure mass.

The scale itself is a minimalist circular design, available in either white or black, with green LEDs embedded underneath the glass top to give you visual feedback. There’s also a haptic system built in, with the scale vibrating slightly to let you know it’s successfully taken a measurement. 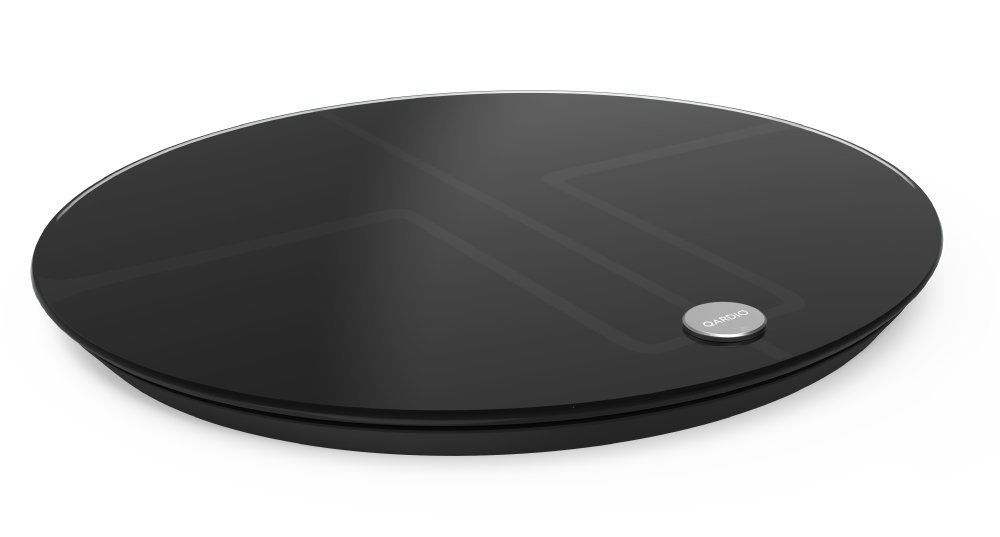 Aesthetically speaking, the design hasn’t changed much from the first QardioBase, and you’d be hard-pressed to spot the differences. The Qardio logo has moved onto the small metal disc near the bottom of the front, and the line-based design underneath the glass is a little more prominent, but that’s about it.

There’s been a bigger redesign in terms of stability though. The new QardioBase is wider, with slightly different feet, making the whole thing more stable than the first generation (pretty important in a scale, we’d say). The QardioBase 2 doesn’t wobble around much at all, and we were even able to get reliable measurements from it on carpet – never a guarantee.

Another welcome hardware feature is the battery: rather than using disposables, the QardioBase 2 has a rechargeable battery, powered by Micro-USB. Even better, Qardio claims it will last a full year between charges, which is music to our ears – though you’ll have to wait a year for us to get back to you on whether it actually managed it or not.

The QardioBase 2 also caters for a range of different users. The default setting is to record body weight and composition, with the scale’s LEDs telling you your weight and body fat percentage, before sending all of the data to the accompanying app.

However, you can also set it to just record weight (ideal for anyone with a pacemaker), or use Qardio’s ‘smart feedback’ mode – this will record the full set of data in the app, but the scale itself will only display a happy, unhappy or neutral face depending on how you’re progressing towards your weight goal. Since daily weigh-ins can cause some people to fixate on the numbers game, this is a great touch for people who don’t want to let themselves get obsessed. There’s also a dedicated pregnancy mode, which allows you to track your progress and add photos as you go. 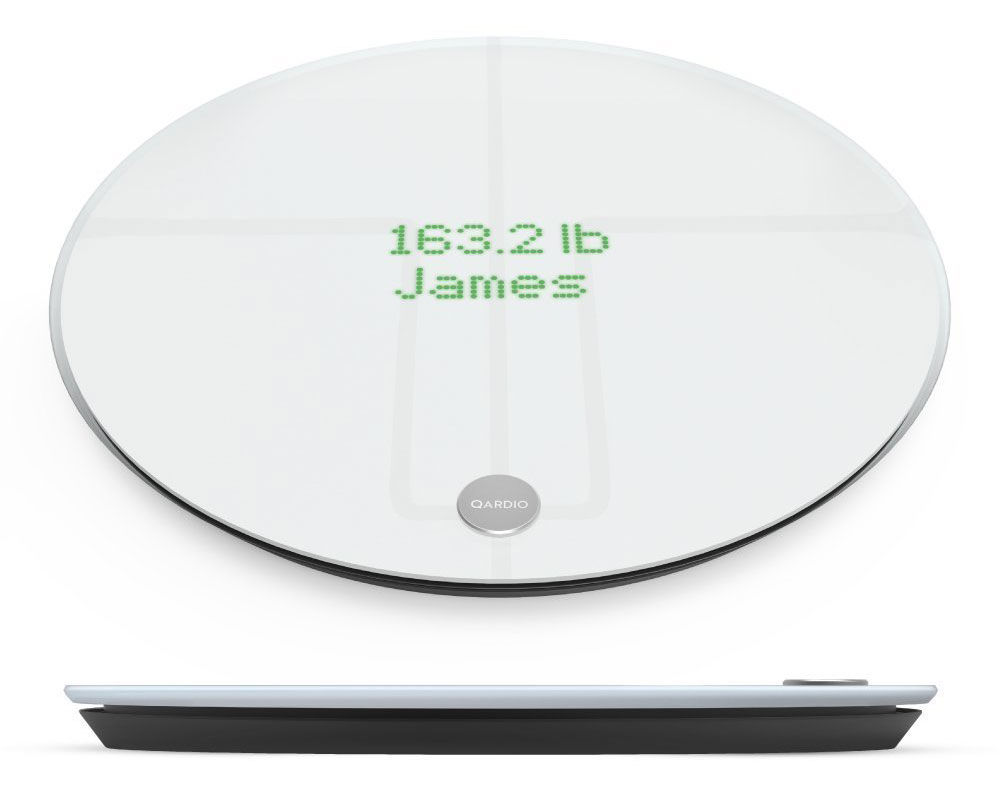 Luckily, with all those different modes there’s also support for multiple users. Up to five users can be recognised (though each will need their own Qardio account and app), and the scale is smart enough to recognise each user automatically, as long as your body composition and weight aren’t too similar, displaying the username on the scale so that you know it’s figured out who you are.

All of the data you collect pulls through to the Qardio app, which is available for either iOS or Android. It’s mostly a very slick experience, with a home screen that displays your weight and body fat and muscle percentages from your last weigh-in, along with your BMI and a bit of info on the goal you’ve set for yourself.

Beyond that, you can set reminders to weigh yourself, change your goal, and access your full log history – including one screen dedicated to claiming weigh-ins that the app mistakenly attributed to other users.

You can see your data laid out in a list, on a calendar, or (most helpfully) on a graph, which includes a trend line and your goal. The only real oddity here is that while the QardioBase measures your proportions of fat, muscle, water, and bone, you can only actually see graphs for weight, BMI, and body fat – the omission of a graph for muscle mass changes given the app is recording all of the data anyway is particularly odd.

As you’d expect, the app also integrates with your other fitness apps of choice – you can export data to MyFitnessPal, Apple Health, Google Fit, and Samsung Health, and it also supports both Apple and Android smartwatches.