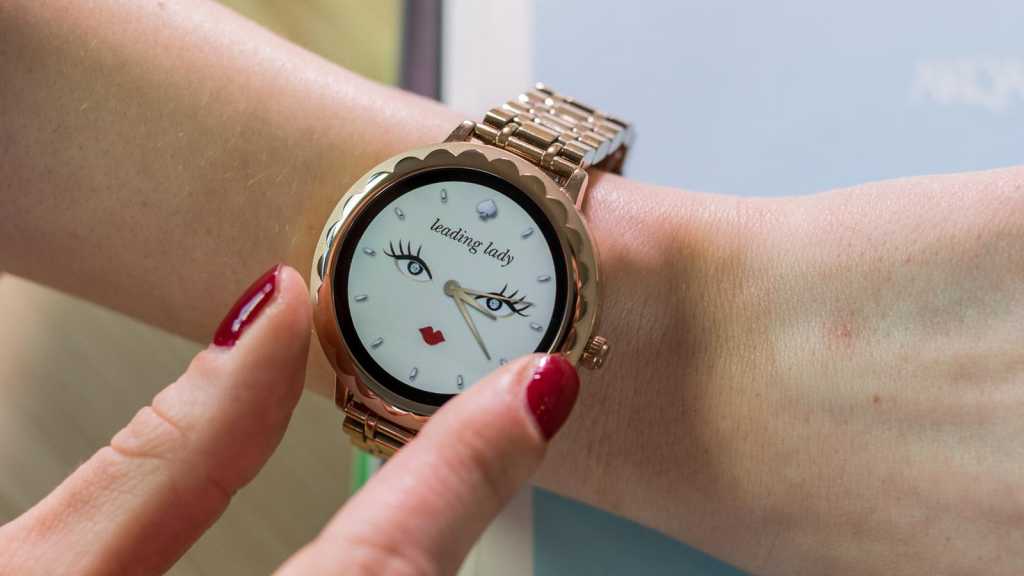 The Kate Spade Scallop smartwatch is a nice tech accessory that will definitely appeal to the fashion lovers out there. Its specs are rather average for its cost, but if you are a fan of the brand, then you might not mind that too much. If the brand is not your main focus, then you might prefer a cheaper alternative such as the  Gen 3 Smartwatch by Fossil.

Are smartwatches becoming mainstream? Maybe not yet, but that’s not for a lack of trying. After tech companies and traditional watchmakers, it’s the turn of fashion brands to take an interest in this relatively new market.

With its existing fitness tracking hybrid smartwatches, Kate Spade New York has already shown its appeal for wearable tech in the past, but this is  the first time it has launched a proper touchscreen smartwatch. We’ve spent some time with it, and here’s what we think.

There are three versions: two with leather straps, which cost £299 each, and one with a stainless steel strap, reviewed here and retailing at £329.

All versions run on Wear OS by Google. It is slightly on the expensive side for its specs, but that is not uncommon for a fashion brand accessory.

As a comparison, Michael Kors Women’s Smartwatch Sofie, also running Wear OS with pretty similar specs, is sold at £349.00 and the Gen 3 Smartwatch by Fossil costs £279. 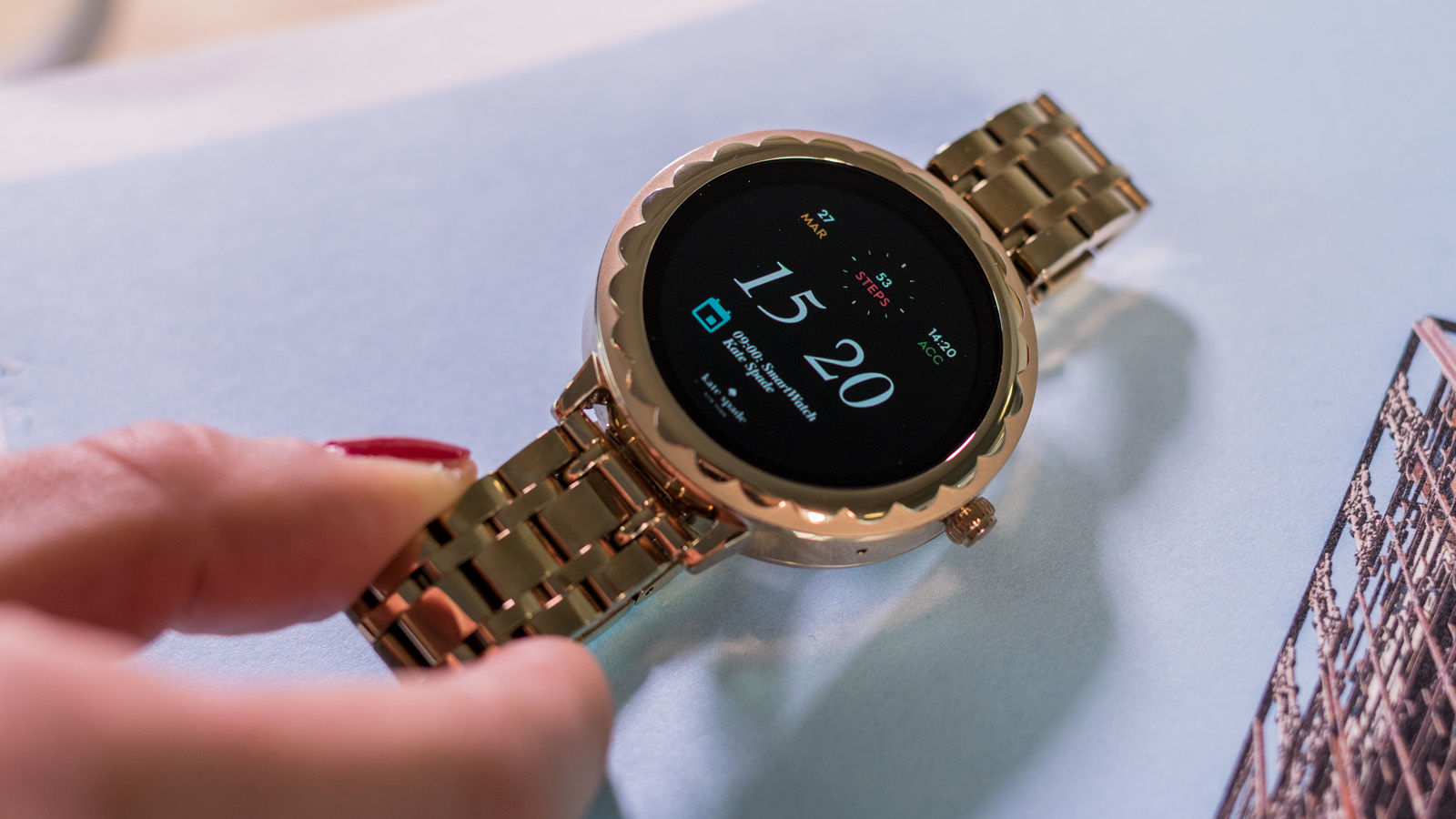 The Scallop has a quality build. It’s weighty but we actually got used to it quickly. It feels sturdy, and we like it.

The watch has a lovely rose gold stainless steel strap and its dial has the brand’s famous scallops design on it. It’s more on the flashy side than the subtle, but that’s not necessarily a bad thing.

With Kate Spade being a fashion brand, particular attention was paid to the watchfaces. There are several of them already loaded on the watch, from neutral to more dainty.

Also, an app called “Choose your look” allows you to generate personalised facewatches depending on your outfit of the day. To do so, you just have to select the color of your clothing, your accessories and specify if it’s day or night. It works rather well, if you like to coordinate the colours you’re wearing. We actually prefered the preloaded facewatchs. If you particularly like the facewatch created, you can keep it in the “Saved faces” app. 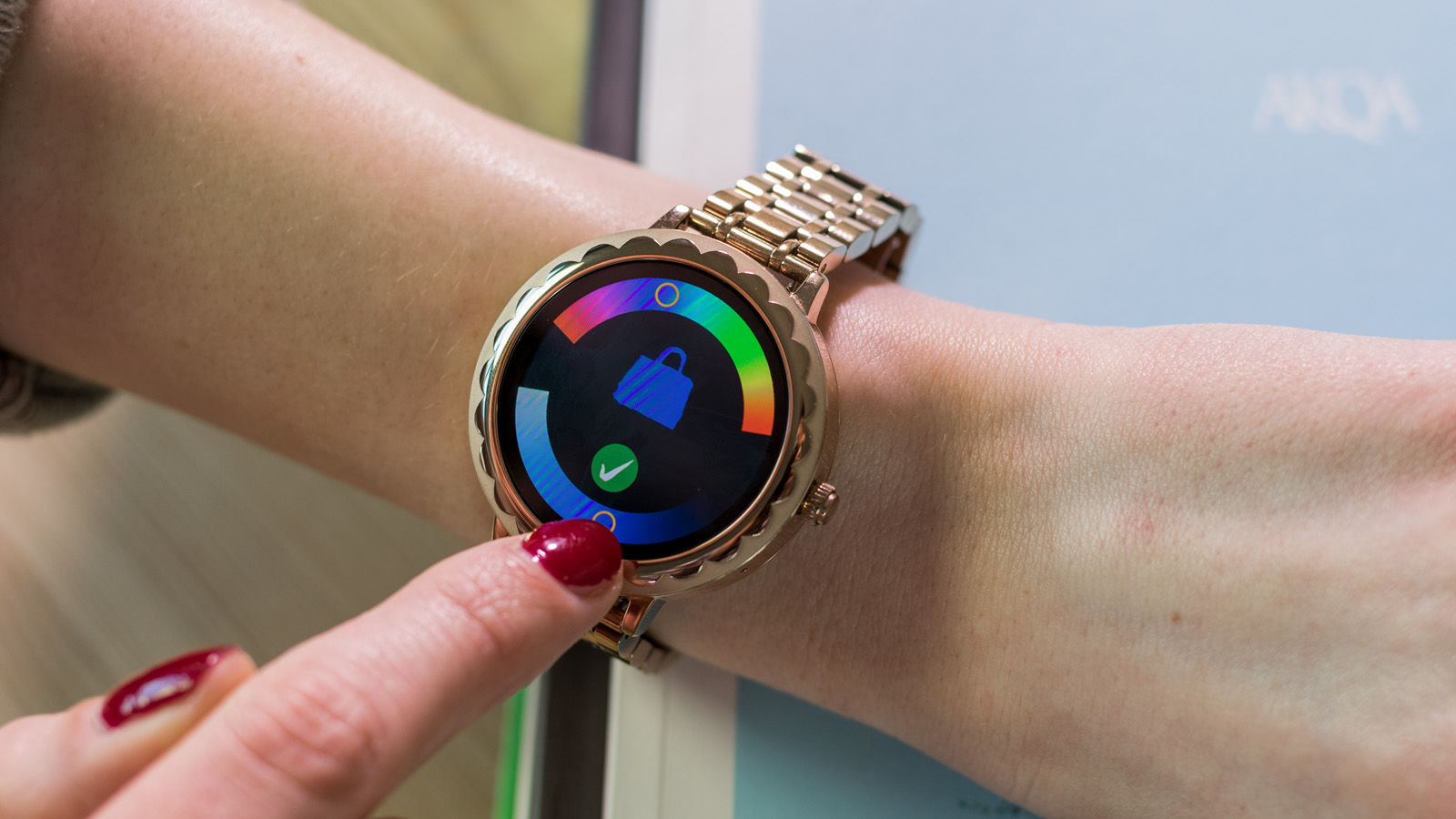 Kate Spade’s smartwatch has a circular 1.19” AMOLED touchscreen display that hosts an ambient light sensor (without a flat tire). It adapts the brightness of the screen according to light in the room.

On the right side of the dial there is a crown that allows you to access your apps. Note that you can only push it (and not twist), so to navigate between apps you have to use the touchscreen (which is totally fine by us).

Like most smartwatches, this Kate Spade “timepiece” runs on AndroidWear 2.0 (just rebranded Wear OS by Google) which means that except “Choose your look” and “Saved faces”, the apps pre-installed on it are all Google’s.

We like that the large display of the watch makes it easy to navigate between apps, but it’s worth mentioning that there is a black circle around the screen, so it’s not as big as you can first think but it’s not a reason to not buy the watch. .

The case size is 42x46x9mm. It’s somewhat bulky on a small wrist but then again it’s like that with all touchscreen smartwatches available right now given the internal components required.

The Kate Spade smartwatch has 4GB of storage which allows you to download quite a few apps and it has an accelerometer and a gyroscope that record your activity. Thanks to the Google Fit app you can track your steps, the calories burned and set goals. The watch also works with Google Assistant. To activate it, you can press the crown or just say “ok google”. It acts like the Assistant might do on a phone, and indeed for some enquiries you have to unlock your phone to finish them. 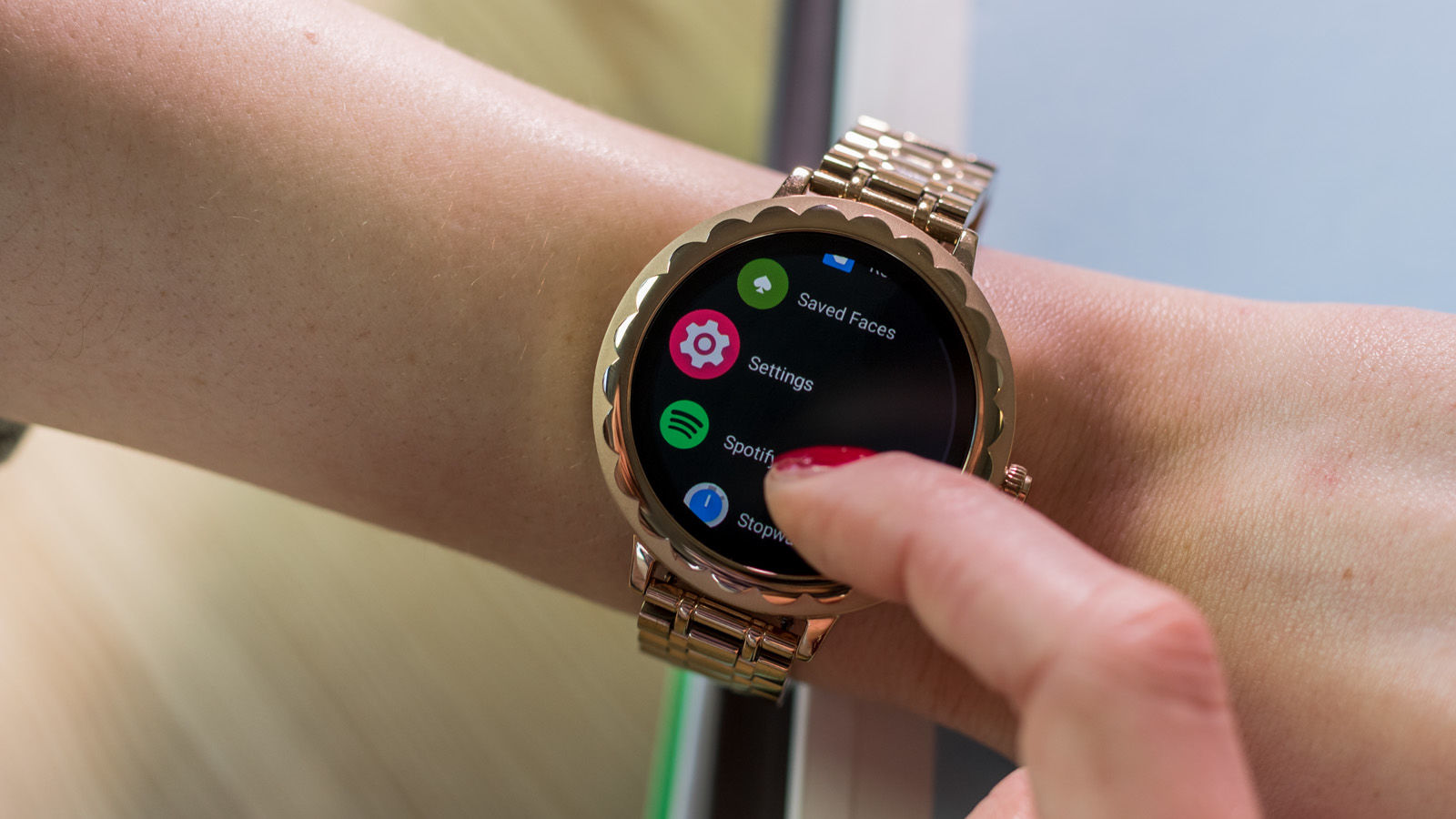 After using it for a while we regret that some key feature are missing from this smartwatch like NFC for payments or GPS for activity tracking without a phone connected. The fact that there is no wrist-based heart rate sensor is not that bad, since the watch was clearly not designed for sports, though there are similarly sized and priced watches that have one..

Note that the watch is splash resistant IP67 but not waterproof.

The quoted battery life is 12-14 hours, which seems accurate in our testing.  It comes with a wireless magnetic charger, but as it is quite light you have to make sure to position it properly behind the dial otherwise the watch won’t charge.