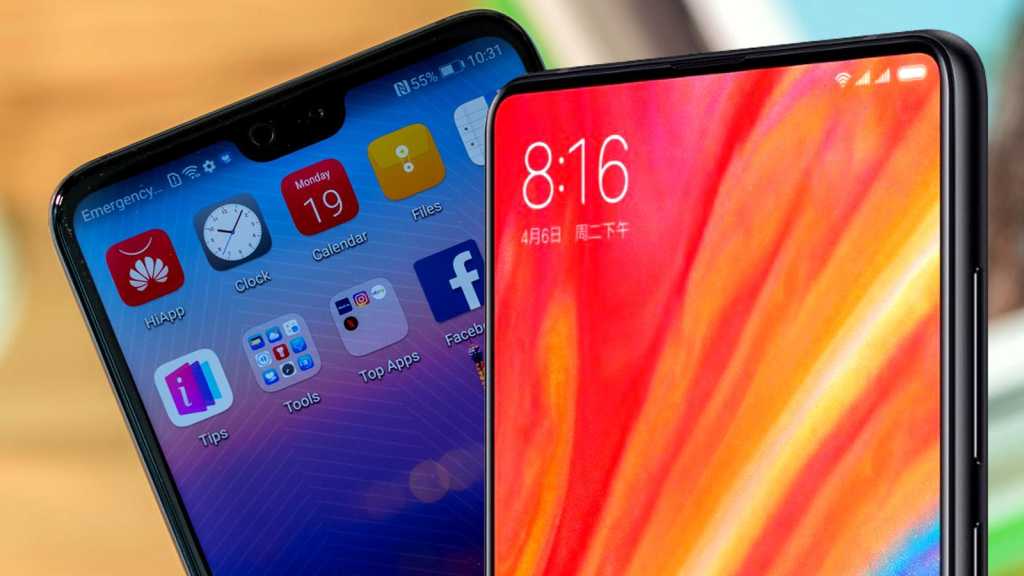 This is a very close call. The Xiaomi Mi Mix 2S may have the edge on price, design and performance, but the P20 Pro edges it out on photography. While the Mi Mix 2S doesn’t disappoint in this category, we cannot overlook the importance of Huawei’s much easier availability in the UK, and what this might mean for aftersales support. Of course, if you like to live life on the edge, you’ll probably still choose the Mi Mix 2S.

The Huawei P20 and P20 Pro are available to buy now, while the Mi Mix 2S is up for pre-order (and ships from China, which adds to the delivery time). GearBest is offering presales up to 14 June, but expecting to ship the Mi Mix 2S between 17- and 29 May.

The Mi Mix 2S is the cheaper of the two, with the 64GB storage, 6GB RAM model we tested currently available for  £389.99/US$519.99/€441.99. You can also buy versions with 8GB of RAM and up to 256GB storage, at additional cost of course. Remember to factor in import duty (20 percent of the value on the shipping paper work) since you are shipping from China.

The reality is, of course, that most of us in the UK prefer to buy our smartphones on a contract, whereby we get the phone ‘free’ and pay a monthly charge that part pays it off and part covers our minutes, texts and data. This isn’t possible with the Mi Mix 2S, though you will be able to follow this route with the Huawei.

If you plump for the Mi Mix 2S, those in the UK are advised to opt for the top-end model, given that it supports 43 connectivity bands, including all three 4G LTE frequencies used by UK network operators. Those on O2 and networks that borrow its network, such as Sky, GiffGaff and Tesco, will not be able to receive 4G LTE on the cheaper models because they do not support the 800MHz band.

Bottom line: While the Mi Mix 2S is significantly cheaper than the Huawei P20 even when you factor in import duty, for UK users the Huawei P20 wins this category: it’s easier to get hold of, you can buy it on a contract, and aftersales support should also be more easily accessible.

It’s very difficult to accurately judge the design of one smartphone when compared to another, given that everyone has different ideas about what makes a handset look good. We’d argue that Xiaomi wins this category hands-down, however.

The Mi Mix family has won international acclaim for its design. It has several awards to its name, including an IDEA Gold award, and in some design museums the Mix has become a permanent fixture. It’s also responsible for a barrage of cheaper copycat smartphones coming out of China, many of which carry ‘Mix’ in their product name.

With the Mi Mix 2S Xiaomi takes a gorgeous smartphone and makes it even better-looking by increasing the screen-to-body ratio – without adding an infamous ‘notch’, which is the route Huawei has taken with its P20 and P20 Pro. The slab-like Mix 2S has a ceramic rear with ultra-smooth curved edges that melt into the 7000-series aluminium frame, and a large, bright 5.99in IPS panel that matches the P20 on its full-HD resolution.

Xiaomi gets closer to a truly bezel-less design than any phone we’ve seen yet. At a glance you’d think the top edge and left/right sides were all screen, though there is actually a speaker and sensors at the very top. It uses special technology to do away with other unsightly blemishes at the top of the handset, using a hidden ultrasonic proximity sensor and a tweaked sound-guided speaker. We found in the Mi Mix 2S that it’s a setup that works as well as any other standard phone and call quality is good.

The one thing we don’t like, and that’s something that hasn’t changed here, is that the front camera is forced into a position below the screen that makes taking selfies awkward. Using apps such as Snapchat is difficult when you have to turn the phone upside down, too. While we’re not fans of the P20’s notch, it does get around this predicament.

The finishing touch is exquisite 18K gold detailing on the camera surround – if you buy the black model anyway, since Xiaomi decided silver looked better on white.

Note that there’s no headphone jack, since the Mi Mix 2S uses its USB-C slot for audio, but that’s also the case with the Huawei P20 and P20 Pro.

Viewed side by side the two Huawei’s are very similar, at least from the front. The Pro has a larger and more vibrant-looking 6.1in screen (vs 5.84in), but both feature the same front fingerprint scanner (on the Xiaomi this is found on the rear). Turn them over, though, and you’ll spot an extra camera lens on the Pro, which uses a 40Mp + 20Mp + 8Mp triple array.

The P20 has had a redesign over the P10, now featuring a glass back and some fancy colour options that make it feel like a premium piece of kit. The P20 is available in black, champagne gold, pink gold, midnight blue and, our favourite, twilight: a gradient from dark blue to a pinkish hue.

A key difference between the Huawei P20 and Xiaomi Mi Mix 2S is that the Huawei is waterproof (rated IP67). It always supports an always-on display. But the Xiaomi hits back with 7.5W wireless charging, something that should have been possible with the P20’s new glass rear panel.

Bottom line: The notch-less and virtually bezel-less Mi Mix 2S wins the design category on its unique, premium looks, but the Huawei P20 is no ugly duckling. If waterproofing is a must, however, then your only choice is the Huawei.

The top-end Mi Mix 2S runs hardware as powerful as any other Android phone on the market, with a second-gen 10nm Snapdragon 845 (Qualcomm’s top chip), Adreno 630 graphics and 8GB of DDR4 RAM. As with the Huawei it also supports ARCore for augmented-reality apps.

Huawei’s P20 is also running top-end hardware with the company’s own Kirin 970 chip and Mali-G72 MP12 graphics, which we also saw in last year’s Mate 10. It’s not quite as capable as the Mi Mix 2S, given that the P20 has just 4GB of RAM and the Pro 6GB of RAM, but we’d struggle to find anyone who would complain about overall speed.

You can see how the pair fared in our benchmarks below:

Storage is pretty good from either phone, though the Mi Mix’s 256GB is incredibly generous. We doubt you’ll need more than the P20’s 128GB in any case, though there’s a microSD slot if you do (not present on the Mix).

Xiaomi’s battery capacity remains the same as in the Mi Mix 2, at 3400mAh. That matches the capacity of the P20, while the Pro packs in a 4000mAh cell. You’ll get a full day from the Xiaomi, and a tad more from the Huawei.

Bottom line: Xiaomi has a clear edge on processing and graphics performance here, but Huawei has a slight edge on battery.

The one thing both Huawei and Xiaomi make great claims about is their cameras. DxOMark has awarded the Mi Mix 2S 101 points, the Huawei P20 102 points, and the Huawei P20 Pro 109 points, so you could assume the Pro has the edge.

The P20 Pro is going to be garnering the most column inches here for its triple-lens setup. It has 40Mp colour, 20Mp monochrome and 8Mp telephoto lenses, while the standard P20 ‘makes do’ with a 12Mp (f1.8) colour and 20Mp (f1.6) telephoto lens. By comparison, the Xiaomi’s Sony IMX363 dual-camera consists of two 12Mp (f1.8) wide-angle and telephoto lenses.

On paper the Pro’s camera sounds fantastic, particularly with a 5x optical zoom (Mi Mix 2S has 2x optical zoom) and crazy high 102,400 ISO, and it was certainly capable of outstanding low-light shots in our testing. In fact, we think it’s the best phone camera you can buy right now. However, you should note that only its 8Mp lens supports OIS, with the other two (and both those on the P20) relying on AI for stabilisation.

Xiaomi has implemented four-axis OIS on its camera, and instead uses AI to perform clever tricks such as automatic scene selection, on-the-fly translation and currency conversion, and intelligent background blurring (the bokeh effect). The latter is actually also possible from a single camera, which means you can create bokeh-effect selfies, too.

The company talks up its dual-pixel autofocus, hardware-level noise reduction, and massive 1.4um pixel size that allows 25 percent more light to get in for improved low-light photography. In dark shots it certainly excels, though while all photos are above average there is some evidence of noise present.

For selfie cameras Huawei takes the lead with 24Mp snappers on the front of each of its phones, while the Mi Mix 2S has a 5Mp front-facing camera that sits in a very awkward position below the screen.

Bottom line: The P20 Pro is not just better than the Xiaomi for photography, it’s the best camera phone there is. But both are capable of taking an excellent shot, even in low light.