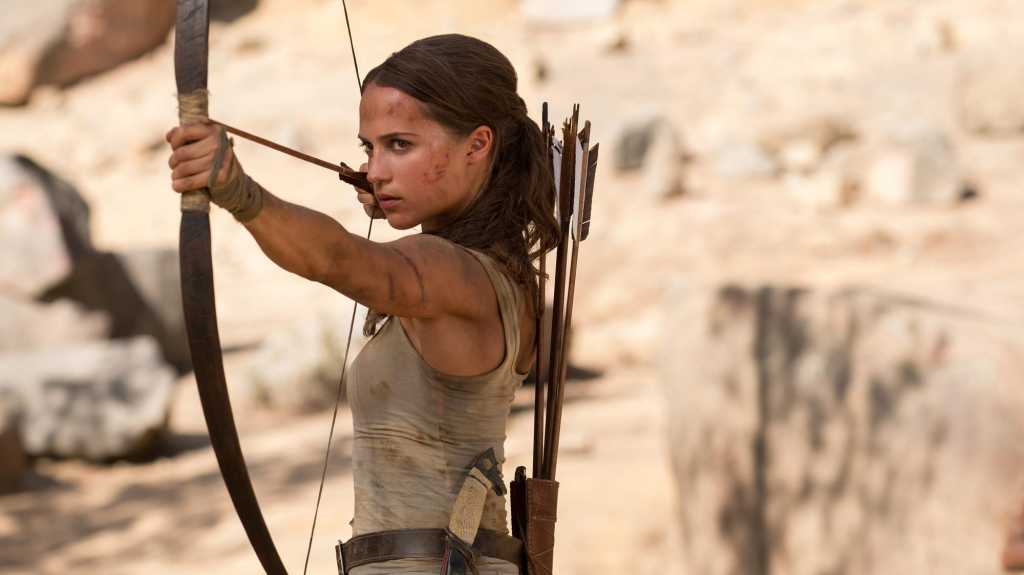 Tomb Raider hardly proves that videogame movies can stand up there with cinema’s finest, but it is an engaging, exciting film that sets Vikander up well as an action star if she wants to be one. This is fun, feminist, and basically fine – which is more than any other game adaptation has been able to claim so far.

Fifteen years since Angelina Jolie laid down her dual pistols for good, Alicia Vikander is Lara Croft in this new take on Tomb Raider, which looks to the grim ‘n’ gritty 2013 reboot of the iconic videogame series for inspiration, ahead of the release of the third game in that revamped series later this year.

Game adaptations have a bit of a bum reputation in the film world – and mostly for good reason – but can Tomb Raider break the curse?

Tomb Raider is out now in both the UK and the US, after releasing on the 15th and 16th of March respectively.

American readers can find the latest showing times on either Fandango or Movie Tickets, but if you’re in the UK you’ll have to check your cinemas manually: head to Cineworld, Vue, Odeon, or your other cinema of choice. 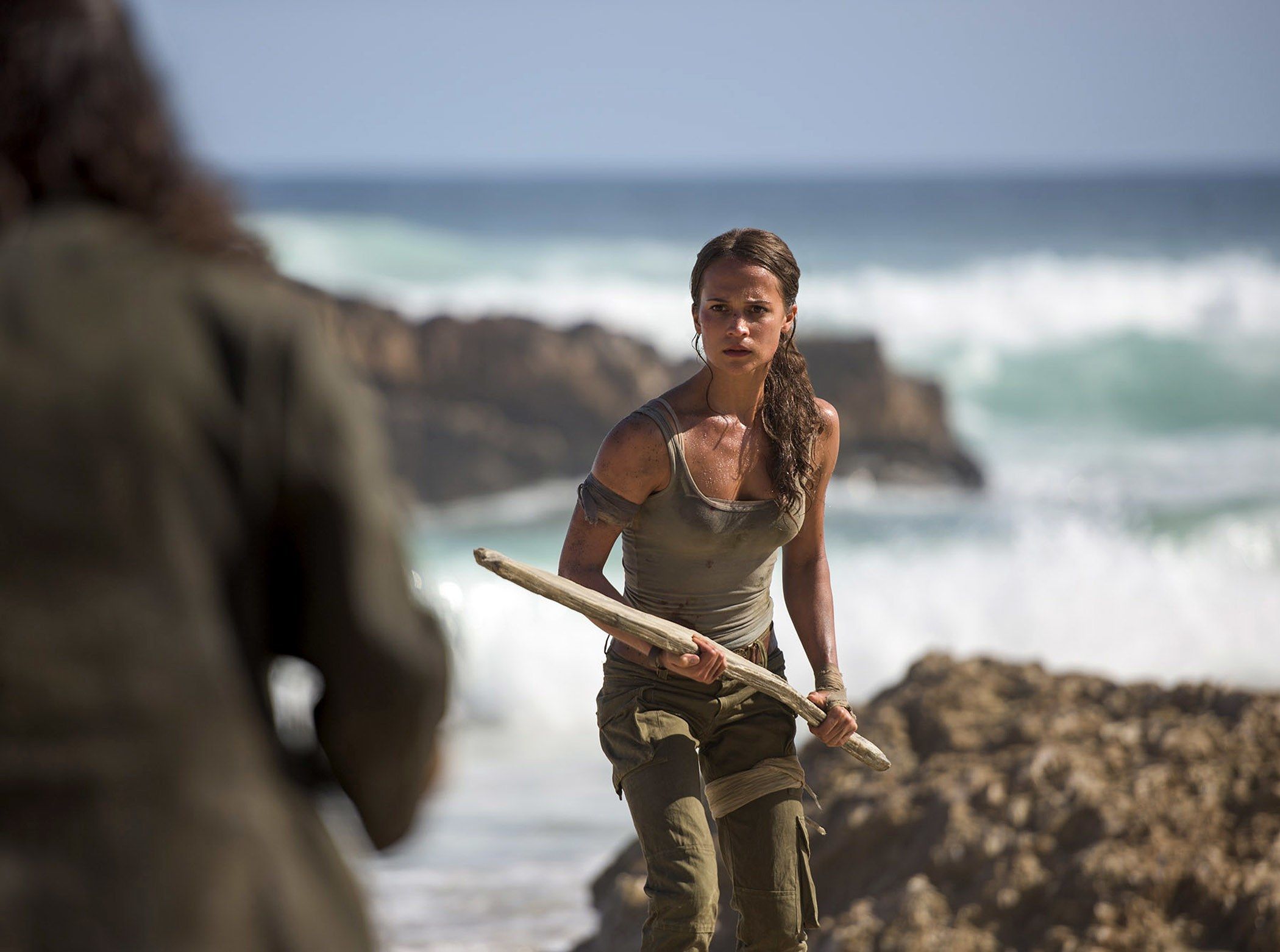 The big question hanging over any film based on a videogame these days is a pretty simple one: is it going to be absolutely bloody awful?

So let’s get that out of the way: no, Tomb Raider isn’t absolutely bloody awful. In fact, it’s not bad at all – and there’s a real argument that this could be the best videogame adaptation yet, even if that sounds like faint praise.

Things get off to a very strong start with the opening act, which finds Vikander’s Croft as a broke, kickboxing bike courier in east London, living in exactly the sort of run-down Hackney flatshare where you can currently find any number of posh English art students doing their best to get by without mum and dad’s money.

Obviously shot on location across Brick Lane and Shoreditch, it’s a surprisingly authentic glimpse of modern millennial life (well, up until the high stakes bike chase through the City) that does a good job of setting up Lara Croft as the sort of gutsy heroine who breaks the rules, takes risks, never gives up, etc. etc. etc.

Her dad disappeared you see (under mysterious circumstances, believe it or not), but an antique Japanese puzzle left to Lara in his will sends her off to the long lost island of Yamatai, just off the coast of Japan, where he went in search of the final resting place of Himiko, the first Queen of Japan, known to her mates as ‘the Death Queen’.

It’s on the island – which will sound familiar to anyone who played the 2013 game, though the plot is much changed – that things really kick off. Trinity, a sort of hybrid evil corporation/cult, is there en masse, using slave labour to ransack the island and find the tomb for reasons unknown. 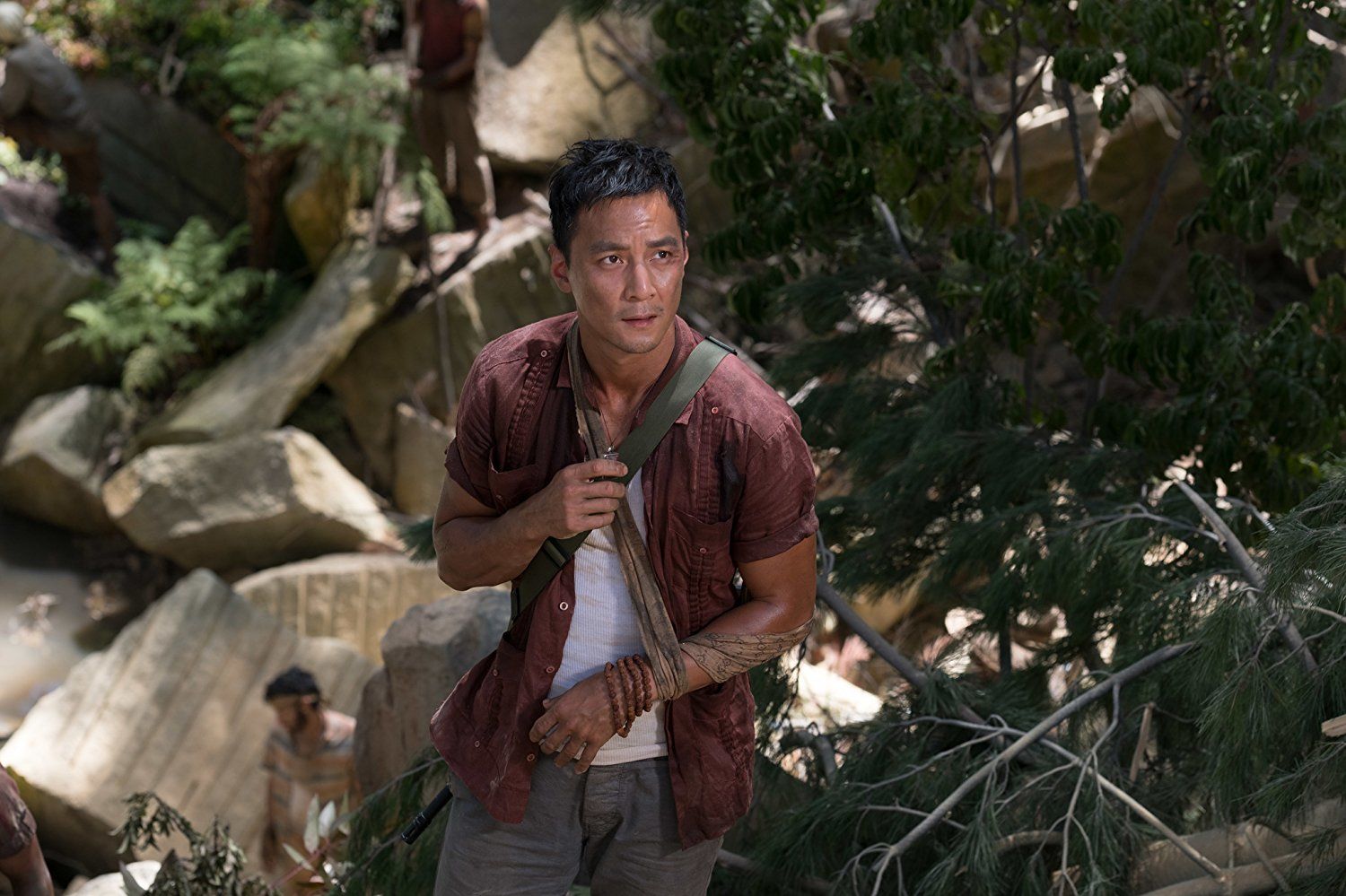 While Croft does inevitably end up fighting off Trinity’s armed mercs – led by Walton Goggins’ Mathias Vogel – the focus is really more on survival than combat, and the biggest set pieces actually see her battling the island itself, whether it’s leaping from rocks, dodging traps, or clambering across a rusted plane on the edge of a towering waterfall.

There’s clear inspiration from the recent games here, with each sequence split into a series of big, dramatic moments that feel like nothing more than the cinematic equivalent of quick-time events. Even the fight scenes adopt the stealthy focus of the videogame reboot, and this is a Lara with natural talent (and archery training) but no real combat experience – her first kill looks about as unpleasant for her as it is for him, and he winds up dead so that’s saying something.

One game element that gets slightly lost in translation is the puzzle-solving. While Lara has to work through plenty of riddles along the way to Himiko’s tomb, there’s only really one that the audience themselves get the chance to try and solve first, and otherwise it’s not all that engaging just watching the star sit down and figure out an ancient Japanese take on the Rubik’s cube. 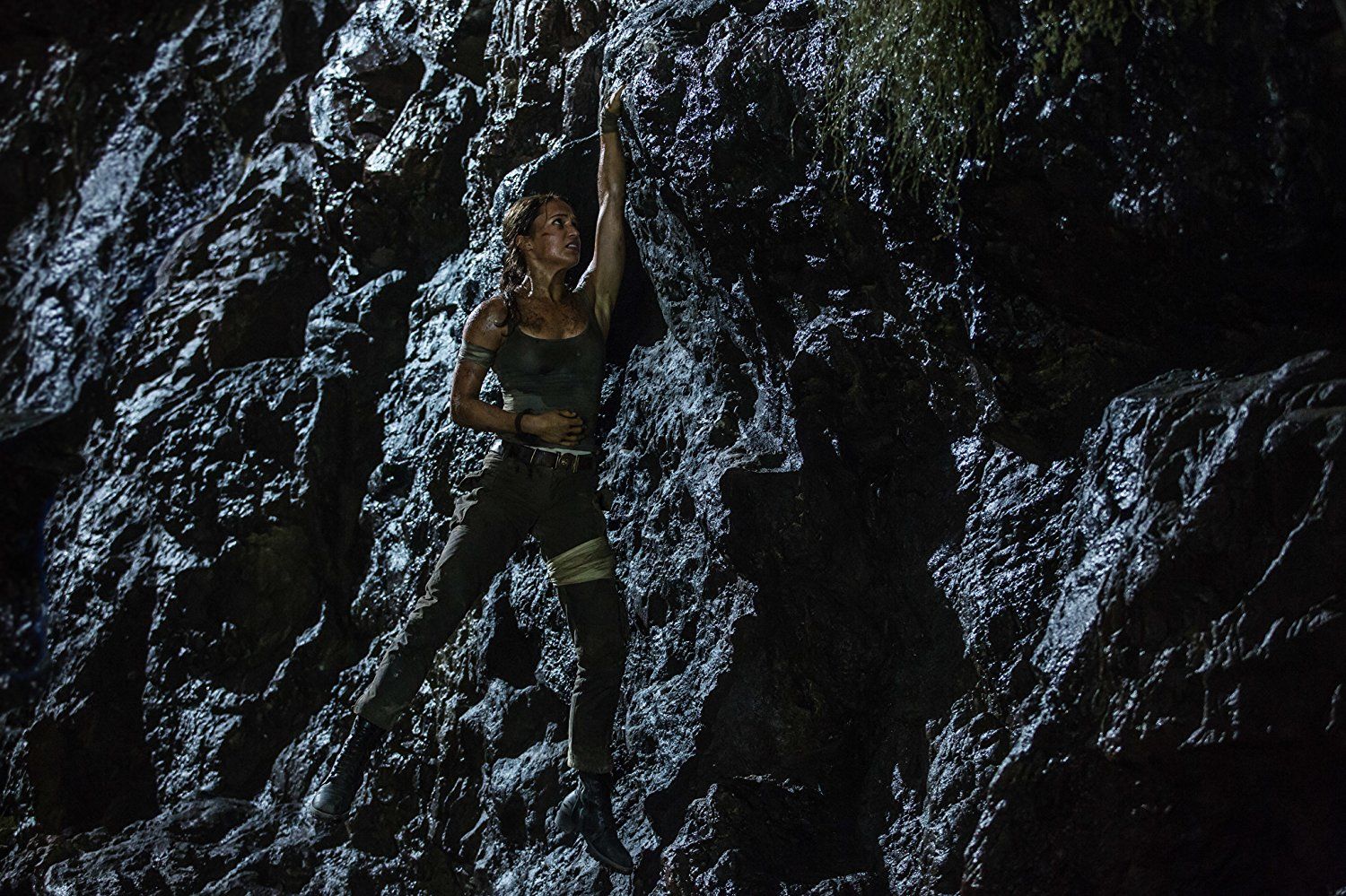 Vikander plays her sympathetically, with none of the brash confidence of Jolie’s take. This is a modern Croft, who’s vulnerable, and flawed, but also happens to have better abs than any of the men around her. No longer a sex symbol, she’s instead given the sort of muscular hero shots usually reserved for Captain America, and left this reviewer looking at his own biceps with tangible disappointment.

Dominic West also gives a predictably great turn as the older Croft through flashbacks, though Daniel Wu and Walton Goggins don’t leave much of an impression as the sidekick and villain respectively. It’s also a shame that a film that goes to such efforts to offer a rounded, un-sexualised female lead can’t find the space for female supporting characters – there are only two, limited to the London-set bookends, leaving the bulk of the film decidedly male-dominated.

It hopefully doesn’t sound too damning to say that this is a decent film with flickers of brilliance – but just as many glimpses of the opposite. A stunning underwater sequence lit by lightning hints at a film with more ambition than this one, but for every such instance there’s a lazy flashback to fill in emotional beats, or an over-long montage to hammer home one of the bigger plot points, clearly out of fear that audience members might not quite get it.