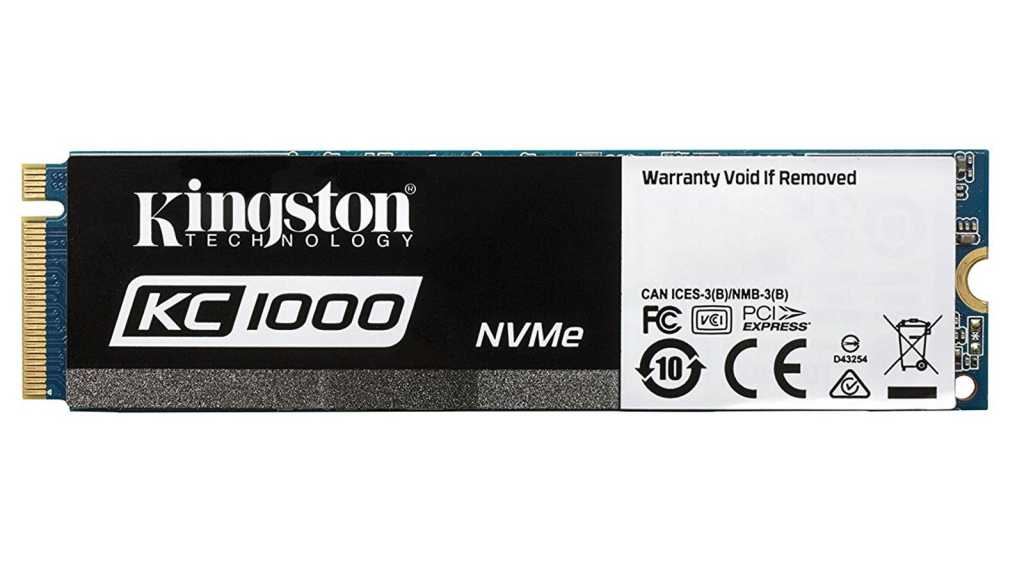 Kingston’s KC1000 strikes almost the perfect balance between performance, price and endurance. For this price, the five-year warranty is reassuring and worth the slight trade-off in performance against competitors such as Samsung’s 960 EVO, so long as you don’t need encryption. Putting performance in perspective, even the KC1000 is in a completely different league to a standard SATA-connected SSD and many, many times faster than a traditional mechanical hard drive. If you’re upgrading from one of those or even an older SSD, you’ll hardly believe the performance improvement it makes to your PC.

Kingston is one of the best-known names in storage, but until now it has had a hole in its SSD range. The KC1000 fills that void: it’s an NVMe PCIe, the latest type of SSD and one you should be considering even if you already have a SATA SSD.

SATA was borne out of IDE and has served us well for years. But SSDs have been hitting SATA’s performance limit for a while now. NVMe takes the baton from SSD and runs with it (we’ll get to the details below).

The KC1000 comes in three capacities: 240GB, 480GB and 960GB. There’s also a choice of packages. You can opt for the bare M.2 card if your motherboard has the appropriate slot, or the version where that card is pre-installed onto a PCIe card that comes with both full- and half-height backplates.

That makes the KC1000 compatible with most recent PCs, although you must check your motherboard’s specifications to ensure there are sufficient PCIe lanes available (ideally 4 x Gen3) for the drive to perform at its maximum.

For alternatives, check out our roundup of the best SSDs.

There’s usually little to say about the design of an internal storage device, and almost all NVMe drives aimed at consumers are now the standard 22x80mm form factor.

If you go for the PCIe card version, it’s HHHL which means half-height, half-length so will fit into micro PCs, or most of them anyway. 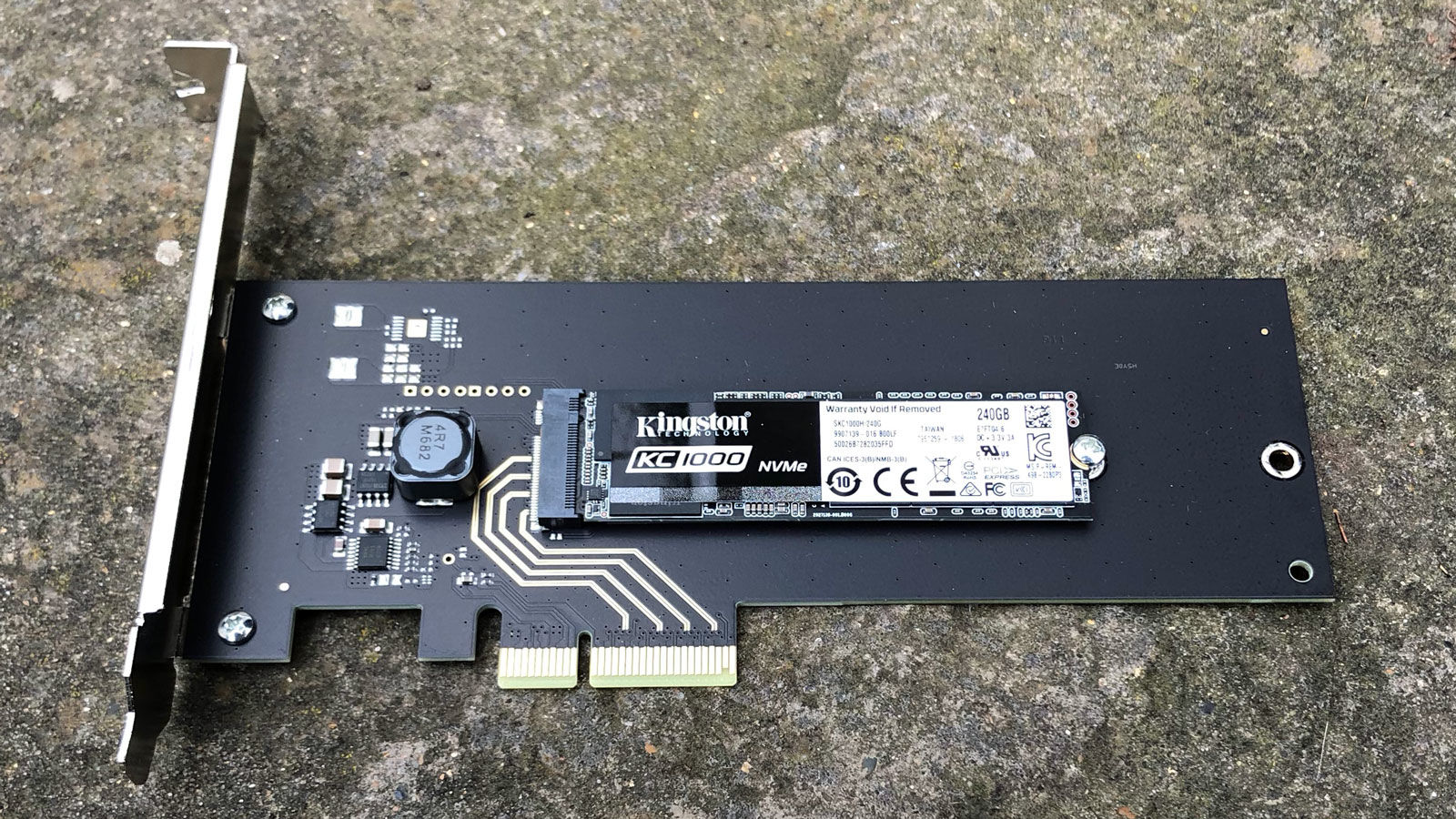 It’s the stuff that you can’t see which is more interesting. Kingston has opted for MLC NAND which has better longevity and performance than the cheaper TLC NAND that you typically find on the least expensive SSDs.

The good news is that although NVMe drives were prohibitively expensive for most home users, this new generation is bringing prices down almost to the level of SATA SSDs. They’re not quite there yet, but let’s not overlook the fact that they’re typically 3x as fast, so they’re already much better value.

Performance is important, but so is lifespan. SSD endurance is measured by TBW: total bytes written. This differs between capacities, so the 240GB is rated 300TB, the 480GB at 550TB, and the 960GB at 1PB. These are great figures.

You can make your own calculations based on your use, but for most people doing normal things – gaming, occasional video editing and browsing, the drives should last upwards of 5-10 years. Kingston backs all models with a five-year warranty, too.

If there’s a feature missing, it’s encryption. However, this is unlikely to be a deal-breaker for most home users. And in any case, some SSDs (such as Samsung’s) boast of encryption but are shipped with encryption disabled by default so most people are likely running those drives without encryption anyway.

We mentioned NVMe has taken the baton from SATA and that’s why the KC1000 is able to offer those super-fast transfer speeds. Each Gen3 PCIe lane has a bandwidth of 985MB/s so put the KC1000 in a four-lane slot and you’ve got a theoretical maximum of almost 4GB/s.

It’s slightly confusing because SATA speeds tend to be quoted in Gb/s – gigabits – rather than GB/s – gigabytes. The latest version which is SATA III is limited to 600Gb/s which is 750MB/s. That’s the theoretical limit: it’s around 550MB/s in the real world.

That’s why the KC1000’s 2700MB/s is such an improvement. And although that is around 400-500MB/s slower than the fastest NVMe drives such as Intel’s new 760p, current prices mean that the Kingston is a bit cheaper. However, that could change over the coming months.

In our tests, the KC1000 lived up to Kingston’s promises which, if anything, turned out to be on the conservative side. In Crystal Disk Mark, we saw an average sequential read speed of 2776MB/s, and a write speed of 1510MB/s.

Write speeds improve as the drive fills up, and we tested a fresh drive. And switching to the 0Fill test, those improved to almost 2900MB/s and 2300MB/s respectively.

4KB performance is also good, besting the 760p when reading in all but the Q1T1 test where it fell behind. Write speeds were on a par with the Intel drive except for the Q1T1 test again.

The other main competitor is Samsung’s 960 EVO. This performs a bit better than the KC1000 and comes in slightly higher capacities: 250GB and 500GB, but costs pretty much exactly the same as Kingston’s drives.