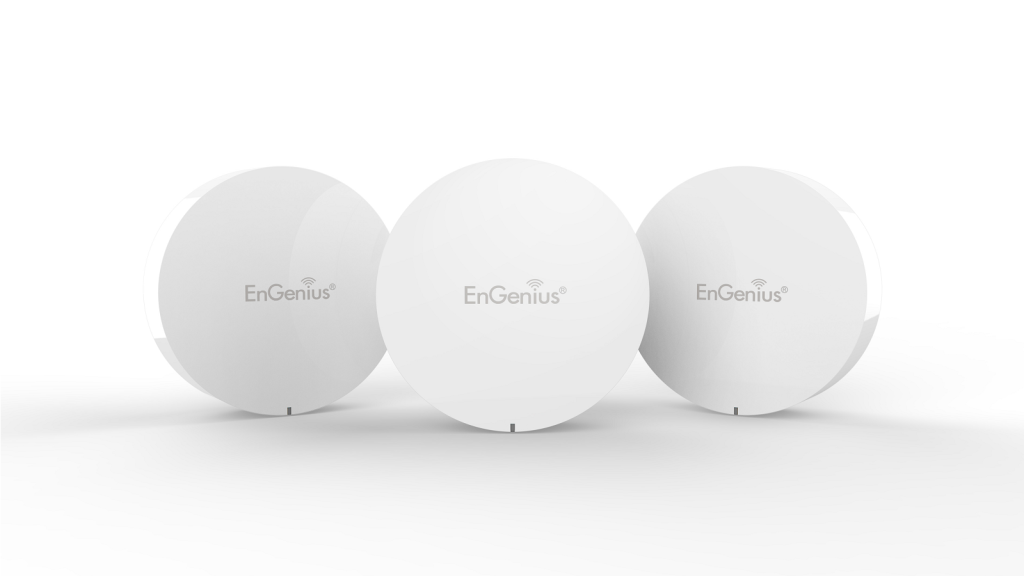 The EMR3000 performs surprisingly well, given its modest dual-band specification, and this three-piece kit will certainly be a good option for larger homes that need really wide Wi-Fi coverage. It’s reasonably priced too – although there would probably be a larger audience for a less expensive two-piece kit for those of us that live in more modest domiciles. You’ll need some patience to get to grips with the EnMesh app, though, and it wouldn’t hurt EnGenius to polish the app up a little for non-technical users who have never used a mesh networking system before.

EnGenius is a well-known name in the telecoms industry, where it provides high-end equipment for long-range wireless networks. However, the company also has a number of products designed for home users, and it has now – somewhat belatedly – jumped on the mesh networking bandwagon with its Whole Home Mesh Router EMR3000.

The EMR3000 takes the same approach as most of its mesh rivals, providing you with a kit that contains three identical routers, which can be placed in different rooms or locations around your home and then linked together in order to provide wider, more reliable Wi-Fi coverage than the basic Wi-Fi router that was provided by your broadband supplier.

You can buy a single EMR3000 for £99 and just use it as a conventional, standalone router, although that seems a bit expensive for what is a fairly modest dual-band 802.11ac router.

The main option is the three-piece kit that we review here, which costs £269, and which EnGenius claims can create a Wi-Fi network capable of covering homes of up to 4,500 sq.ft. You can buy it from Solwise or Amazon.

That’s not a bad price for a kit that contains three routers, but it’s a shame that the company doesn’t also provide a two-router kit, as that would probably be more suitable for most medium-size homes.

Those looking for a pair should consider the Google Wifi priced at £229. It’s also worth noting BT Whole Home offers a three router kit for £189, down from £299. 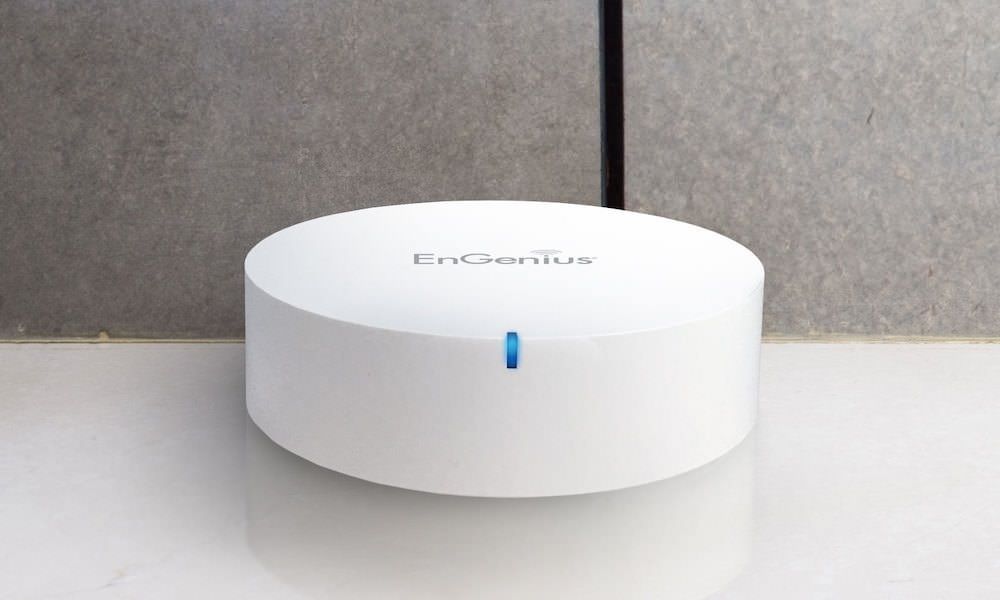 The EMR3000 routers are neatly designed, consisting of a white, circular unit that measures just 5-inches in diameter and 2-inches high. The plastic casing feels a bit flimsy, but that shouldn’t be a problem if it’s just sitting on a shelf all day long.

However, the Ethernet cable provided to connect the master router to your existing router is only about 18-inches long, which might limit your options when you’re deciding where to put it.

The three-piece EMR3000 kit is reasonably priced, although the routers themselves aren’t exactly state-of-the-art. They only offer dual-band 802.11ac Wi-Fi, with a maximum speed of 1.2Gbps and 2×2 MIMO (multiple input-multiple output) to transmit data to multiple devices more efficiently.

To be fair, that performance should still be more than adequate for most homes where people simply want to stream music and video, and maybe do a spot of casual gaming. But, of course, there are faster – and more expensive – mesh systems that may appeal to gamers and other more demanding users.

There are some other useful features, too. Each router has two Gigabit Ethernet ports for wired connections, and a USB 2.0 port that can be used to connect USB storage devices – although it’s a shame they couldn’t stretch to USB 3.0 for improved performance.

The TP-Link Deco M5 is a key rival in terms of price, features and performance.

From a technical point of view, the EMR3000 works perfectly well, but we did find that some aspects of the EnMesh app were simply a bit sloppy.

As soon as you launch the app it asks for your user name and password, without explaining that you need to set up the routers and create your new network first. Another problem arose because the iOS version of the EnMesh app is designed for use on an iPhone, and when we initially tried to use it on an iPad the ‘Wizard’ button that starts the installation process wasn’t actually visible on screen because the app didn’t properly adjust its on-screen graphics for the larger screen of the iPad.

Thankfully, after switching to an iPhone, we were able to install the routers quite easily. The app prompts you to activate Bluetooth, and it uses the Bluetooth connection to transfer the necessary settings to each router (as well as prompting you to create the user name and password that we mentioned earlier). 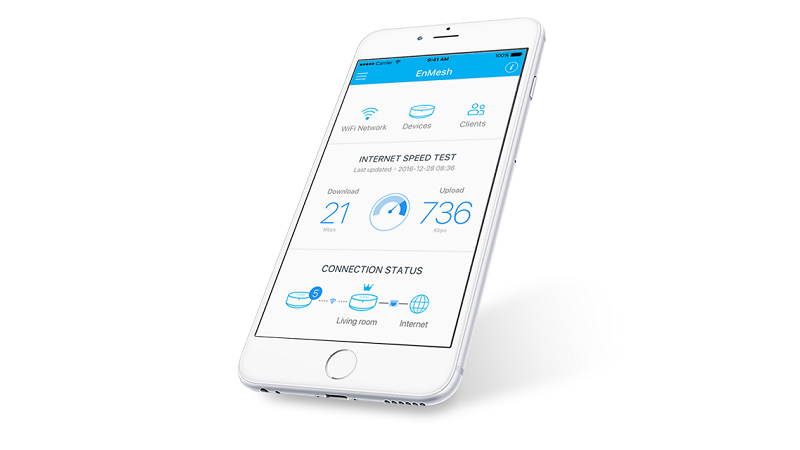 But even then there were annoying rough edges in the app – such as telling us that a satellite had successfully paired with the master router, but then insisting that the satellite had no internet connection even though our iPad was connected to the satellite and streaming video from the BBC iPlayer.

The app does include useful options such as the ability to set up a guest network, parental controls for limiting and scheduling Internet access for specific devices, and a ‘bridge mode’ that allows you to use devices – such as a NAS drive still connected to our old BT router – with the new EnMesh network.

The problem here is that these features are often just left buried in various sub-menus with no explanation of what they mean or how they work, and newcomers who don’t understand jargon such as ‘bridge mode’ and ‘UID’ could just be left scratching their heads.

More advanced users are better catered for, though, with the option of switching into a web browser interface to provide more detailed control over the router settings, and a second EnFile app that provides remote access to any storage devices that you have attached to the EMR3000 when you’re away from home.

Despite its modest specification, the EMR3000 kit did perform well in our tests. Devices in the same room as the master router were able to hit very respectable speeds of 360Mbps, while a satellite in our back office – where our BT router normally struggles – recorded a steady speed of 89Mbps (even when the app was still proclaiming – ‘Oops, no Internet connection’).