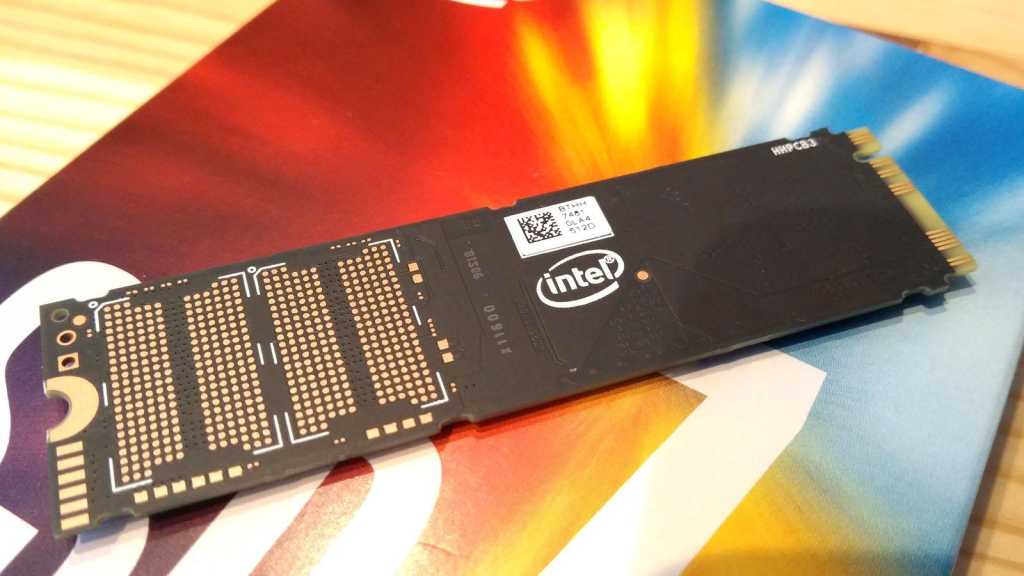 What Intel appears to have done with the 760p design is sacrifice some write performance while retaining most of the read speed potential, and delivered it at premium SATA SSD pricing. That makes the 760p perfect for gamers who get a system that boots rapidly and launches games quickly. It’s less than ideal for those that need fast writes, like those video editing, though the 1TB and 2TB models might well work well for them too based on the existing scaling. The 760p is undoubtedly a game-changing product for most people with a PC using SATA SSDs, and a different performance planet for those still using hard drives.

When those with PC equipment spend on their systems, they are always looking to make the biggest improvement for the smallest investment. For at least the past five years the SATA SSD was the perfect storage candidate, as it out-performed any conventional hard drive in raw performance, power consumption and noise.

The performance brick wall that SATA SSD ultimate ran into was it’s SATA 6Gb/s connection to the computer. SATA was the critical feature that made SSDs a drop-in replacement for hard drives, but it came with an inherent speed limit that SSDs soon reached.

The obvious answer was PCIe NVMe, where four PCIe lanes of bandwidth (Gen 3 = 8GB/sec) is available for moving data. However, as wonderful as NVMe drives are, until now it has come with a hefty price premium.

Intel introduced some of the very first SSDs, and has retained a healthy interest in the technology with the X25 series, and later Optane technology. The previous NVMe drives, the expensive SSD 750 and the more affordable SSD 600p, had limited appeal to mainstream system builders.

Ideally, what those customers wanted was the performance of the SSD 750 and the pricing of the 600p. And, that’s almost what the 760p offers, to a degree.

Could its arrival mark the beginning of the end for SATA connected NAND storage devices?

Those prices are very close to what Samsung is asking for its new 860 EVO SATA drive, yet the performance of PCIe NVMe drives is substantially greater. Western Digital’s 512GB Black PCIe drive costs £175 (192.99), yet only offers 2/3 the read speed and half the write performance.

That product has a 3D NAND upgrade due, but until that happens, it doesn’t truly compete. For those that want the very best levels of performance, Samsung offers the 960 PRO PCIe. The 512GB model costs close to £265 ($299) for a drive with 3500MB/s reads and 1900MB/s writes.

Therefore, Intel’s 760p 512GB undercuts similarly sized PCIe drives on price, is marginally slower at writing and is only about 5% more expensive than the best 512GB SATA drives.

Also check out our chart of the best SSDs for 2018.

When M.2 technology first arrived it offered more variation than was probably healthy for a new technology. There were different slots, different module lengths and different connectivity.

Thankfully, all this variation has distilled down to 2280 sized modules that are either SATA or PCIe NVMe connected for the majority of applications. The Intel 760p series is a 2280 single-sided NVMe SSD that initially comes in three sizes; 128GB, 256GB and 512GB reviewed here.

Larger 1TB and 2TB models have been promised for the 760p range. These will be dual-sided M.2 designs with better write performance and also proportionally greater TBW (Total Bytes Written).

To use one of these in your PC requires either a PCIe M.2 slot on the motherboard or a PCIe M.2 carrier card. And, you’ll also need sufficient PCIe lanes, which isn’t a guarantee on cheaper chipset solutions that have a discrete video card installed.

For those with a Z170, H170 or and LGA 2066 platform this won’t be an issue, but you should research the implications of using M.2 on your system before investing in a PCIe NVMe drive.

SSD designs are often gauged on both read/write speed and their long term resilience. Benchmarks for the 760p show that this is an excellent product from a read performance perspective, and less exciting at writing.

All NAND memory has a finite number of write operations it can handle before it fails, and therefore drives are allocated a TBW (Total Bytes Written) value before they are likely to encounter problems.

TBW for the 512GB model is a decent 288TB, or the equivalent of writing 50GB Blu-Ray disk to drive every day for 5,760 consecutive days, roughly fifteen years. It’s worth noting that the 256GB model has half that TBW, and the 128GB just a quarter. 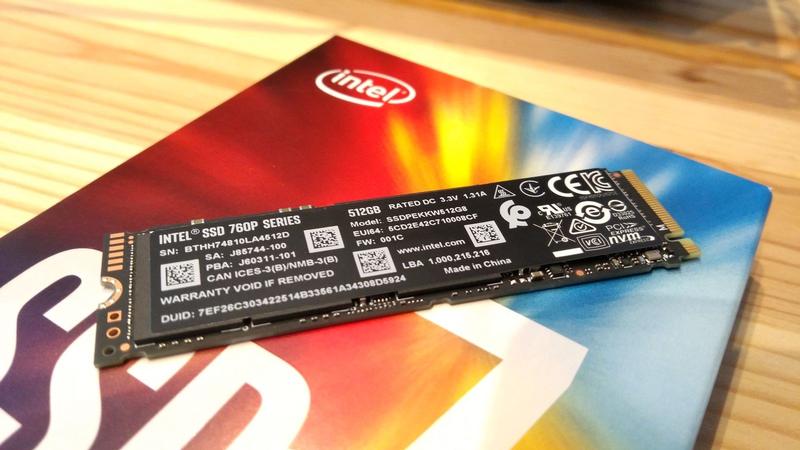 Based on the smaller capacities, the 1TB 760p should have a 576 TBW and the 2TB option a whopping 1152 TBW. Therefore, if you want the extra resilience and capacity, those might be worth waiting for.

As a representation of real-world performance, we’ve used just CrystalDiskMark as a gauge of the 760p. For consistency with previous tests, we chose to mount the drive on a PCIe card and place it in a 4X PCIe slot, negating any specific twists that motherboard makers might have placed on their M.2 slots.

If you don’t wish to read these results, we’re happy to tell you from the outset that the Intel 760p 512GB isn’t the quickest PCIe drive available, but it’s fast enough to put any SATA connected SSD well in the shade.

That said, write speed is more than double what any SATA connected SSD could theoretically deliver, so perhaps we shouldn’t be overly critical.

The difference between Random and 0x00 fill is very slight on the 760p. It manages to be modestly quicker than the 960 Pro and 960 Evo at reading, and slower than both at writing. But it is better than the Evo at 4KiB writes, even if it trails the Pro in that test.

If you disable both of these the throughput on writing falls to about the same as you’d see on a SATA SSD. However, nobody would ever run their system in that mode, unless they expect a power cut at any moment.

While write throughput isn’t a strong point of this design, you would only run into this limitation if you repeatedly wrote large files to your 760p.

That makes it far from ideal for those who are editing 4K video or similar tasks, where writing and reading levels should be better balanced. For those jobs more expensive NVMe drives, like Intel’s 750 series, are more suitable.

Another downside of NVMe up to this point has been the relatively small capacities compared with SATA SSDs. Samsung is now packaging 4TB in SATA drives, and most drive makers have 2TB drives in the line-up. Intel has promised 1TB and 2TB versions soon making capacity a short-lived issue.

For the majority of users, 512GB is enough to run a system on with a decent selection of apps and data on it, with ideally a second drive to handle any bigger storage problems.

Where this drive excels is for the majority of PC owners who just want their system to boot rapidly and have applications launch almost instantly. The 128GB model is cheap but excessively kneecapped. So we’d recommend either the 256GB or 512GB models, as along with greater speeds and even better TBW.

It is a little more expensive per GB than SATA SSD, but the investment yields a three to six-fold performance gain, depending if you are writing or reading.

Over 2018, we’re likely to see a slew of budget PCIe NVMe products that are similarly focused on being better than SATA and priced to match.

Surely the 760p marks the beginning of the end for SATA SSDs. Once users appreciate the enhanced performance over SATA for a modest cost increase, they’ll undoubtedly embrace NVMe.