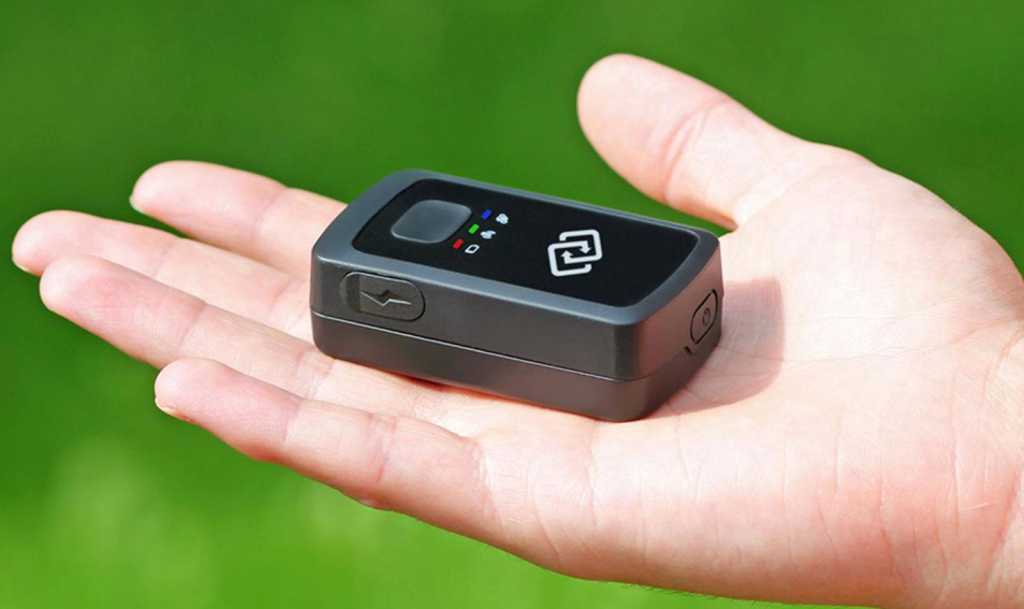 The SpyTrack Nano is a great GPS tracker which costs less than some of its rivals. You can keep tabs on a child or you could use it to monitor staff who work in the field. Just remember that unlike a Bluetooth tracker, there’s a SIM card for communication which means you’ll have to pay a monthly fee or or pay as you go in order for it to work.

Although we all carry a GPS-equipped phone in our pockets, there’s still a place for a dedicated GPS tracker. Whether you want to monitor your employees or keep tabs on a child, a device such as the SpyTrack Nano is ideal.

Unlike Bluetooth trackers, which are designed for finding lost keys, wallets and cuddly toys, GPS trackers aren’t limited to a 150m range (or less). Instead, when paired with a suitable SIM card, you can track almost anything anywhere in the world – in real-time.

You can buy a SpyTrack Nano from Rewire Security for £69.99, and that includes delivery. There are various accessories, such as a magnetic case for £25 that lets you mount the Nano stealthily under a car, just like James Bond.

There’s also an extended battery case which is £180 and a car charger for £15. The hard-wire kit which frees up your car’s 12V accessory socket costs £20.

It’s important to understand that although the basic Nano kit itself includes the SIM card, you’ll still need to pay a monthly (or yearly) subscription fee for it to work. It’s no different from your phone SIM in that respect.

You can pay monthly if you prefer, which costs £10. Or, if you know you’ll need to track constantly, you can pay £85 for 12 months up front which works out at about £7 per month.

The included SIM will work in 150 countries: you can see the full list here.

The Nano measures 68x38x23mm and weighs 68g. This means you can easily pop it into your child’s coat pocket or bag. 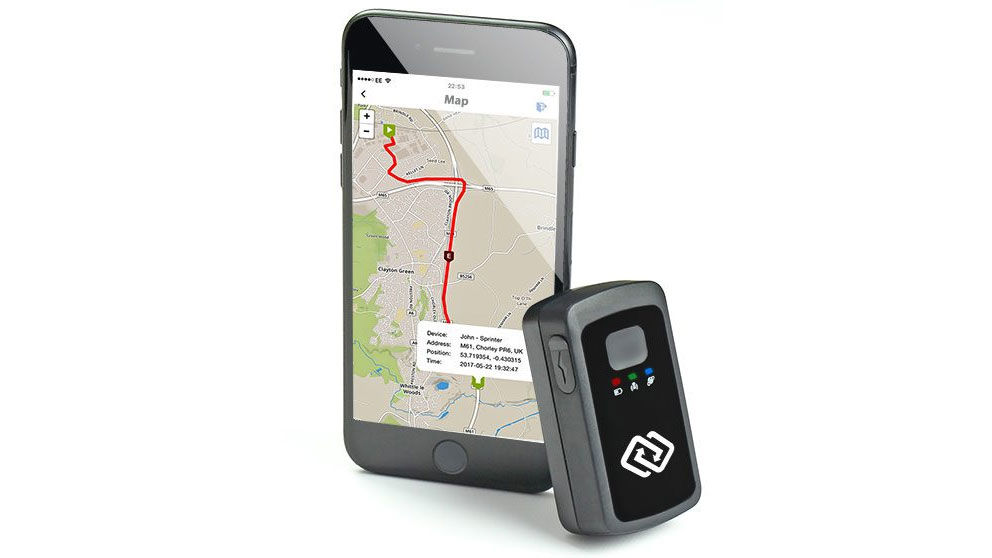 It has three LEDs which tell you about the battery, GPS and GSM network status. It also has a panic button which will send you a notification (and a text message to a pre-set phone number) telling you of the device’s location – a useful extra feature for kids.

It charges via mini USB, which takes around four hours if the battery is completely flat. It means you can use standard mini USB chargers, including in-car chargers (most satnavs and dash cams also use mini USB) and hard-wire kits are also widely available with this connector.

And if the extended battery kit is too expensive for you, you could just buy a USB power bank to extend the tracker’s battery life.

It’s IP65 water-resistant, so doesn’t need a protective case to be safe from accidental spillages and rain but it shouldn’t be taken swimming or submerged in water.

Rewire Security says it will last on standby for 10 days, and that’s with the fastest interval of 30 seconds. But you can change this if you don’t need such frequent updates.

To track the Nano you need software. There are iOS and Android apps, but there’s also the SpytrackGPS web portal which you can use in any web browser.

Obviously, these all let you view the current location of the tracker but there’s a lot more on offer. For one it also shows the current speed and a trail so you can see the path taken.

For more in-depth information, there’s a separate History section which lets you view movements for a specific time period you set. Data is held in the cloud for 180 days, too, so even if the tracker is lost, stolen or damaged, the information is still accessible.

There are plenty of options when it comes to alerts. You can choose to be notified for a variety of events including when the Nano moves, is shaken, is speeding (you choose the limit), is turned on or off and even when it starts or finishes charging. 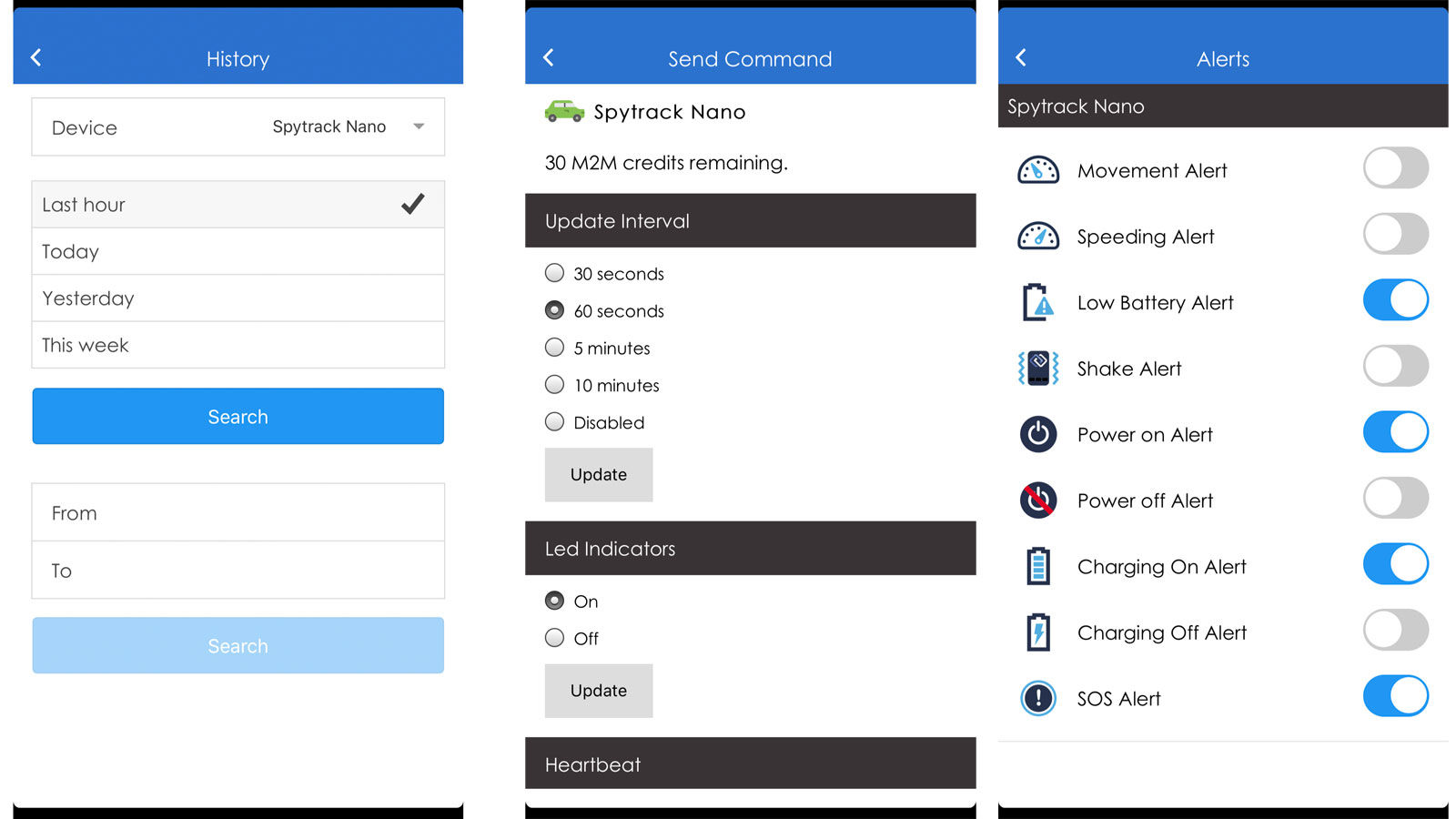 You can easily see the battery level on the home screen of the app, but there’s also a low battery alert so you don’t have to keep checking the app. The home screen shows three main things: speed, status and battery percentage. It’s designed so you can quickly scroll through multiple trackers, and you can rename each so it’s obvious which is which.

Below this are shortcuts to the map, your devices list, notification history, journey history, alert options and settings.

In that final section you’ll find options to change the language and speed units as well as whether to display a tail on the map and zones on the map.

If you go to the web portal, you’ll find the option to create these zones, as well as the tool to generate reports and extra settings on the Nano itself. You can also create custom alerts, change the colours of the interface and a lot more. 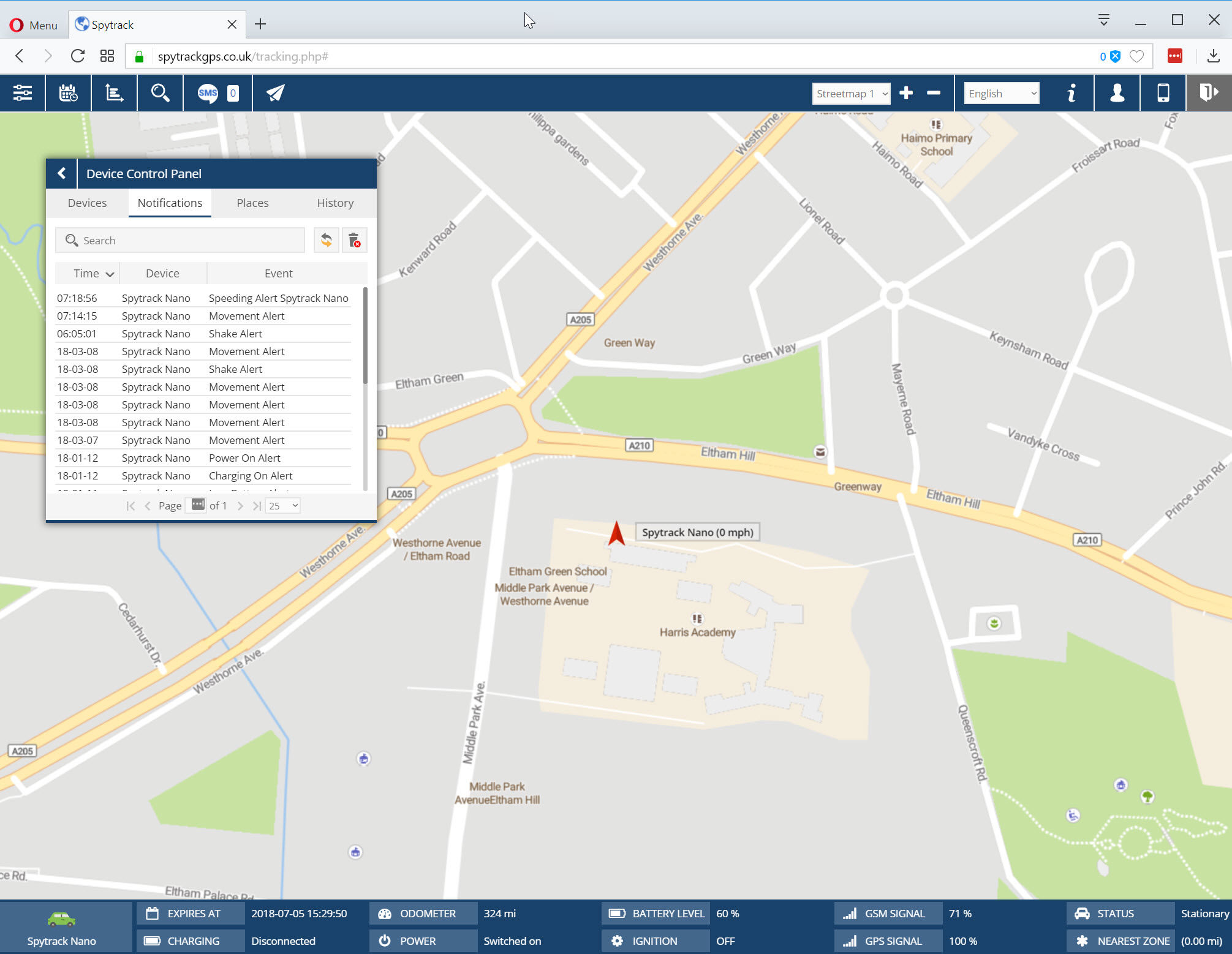 Many of these features, particularly reports, are designed for business users running a fleet, but zones could be equally useful for individuals. You could, for example, draw a zone around your home, a school or venue and set up alerts for when the tracker leaves the zone.