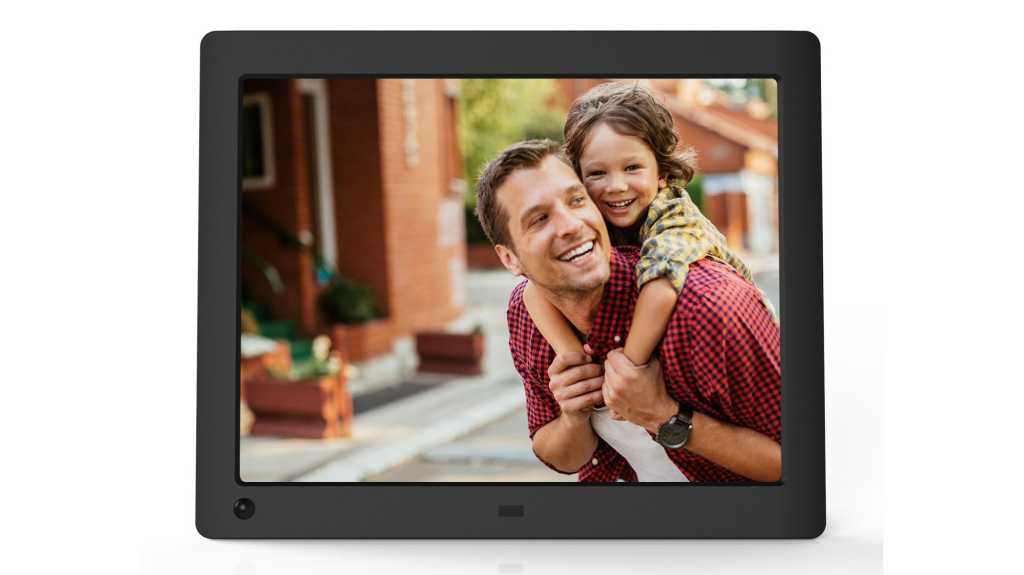 The Nix Advance is a simple, no frills digital photo frame that does exactly what it sets out to do. It doesn’t have the best screen or the most complex features, but if you want a simple frame for your digital photos that’s dead easy to set up, it’s a very solid choice.

Digital photo frames may sound a bit anachronistic, but they’re a great way to make sure your favourite photos actually end up on display in your home, rather than just gathering virtual dust in a hard drive or cloud storage.

The Nix Advance frames – available in a few different sizes – offer a relatively budget-friendly way to show off your digital snaps, but are they worth the money? We’ve tested the eight-inch model, and here’s what we think.

In the UK, the easiest place to buy them is just from Amazon, which stocks every model. US readers can also pick most models up from Amazon or Walmart (up to 15in) but will need to head direct to the Nixplay site to pick up the largest size.

It’s worth noting that Nixplay makes a selection of other digital photo frames too – the Iris (which we’ve also reviewed), Seed, and Original models cost a little more, but all can display photos direct from the cloud and boast slightly different designs; the Lux series has similar features to the Advance but boasts a more traditional photo frame design.

We’ve tested out the 8in Nix Advance model, but beyond screen size the specs and features are fundamentally the same across every model, so most of this review should apply to any of the Nix Advance models.

Nixplay has gone minimalist when it comes to the design of the Advance series, letting the photos themselves take the focus.

The front of the device is simply the screen itself, surrounded by a slim (but definitely noticeable) matt black border. The only things breaking up the design are the small sensors for the remote control and motion sensor (more on that later).

The back of the frame includes a small stand housing the main controls (also found on the remote) along with the various ports: SD card and USB for photos, a 3.5mm jack for listening to video, and the power socket.

There’s also a small square remote boasting the exact same controls as the frame itself. This is mostly black with one red power button, so is fairly discreet if you want to keep it out for easy access.

No-one’s likely to fall in love with the design of the Nix Advance, but then that’s not the point – this is minimalist and simple, designed to look like it belongs in just about any room, without ever distracting from your photos themselves.

Our 8in model comes at 1024×768 – enough to display pictures in HD, but not ‘Full HD’, a.k.a. 1080p. Confusingly that’s the same resolution as the 15in model and actually higher than the 800×600 12in version, so bear in mind that your photos may actually look less crisp on the larger models.

Still, on our 8in version pictures look bright and crisp, with good viewing angles and a small selection of picture settings to tweak to your satisfaction. At 768p this is almost certainly lower resolution than even your smartphone camera, and the screen won’t show off HDR effects or offer perfect colour reproduction, but any display that could would drive the price up considerably.

There’s no internal storage here, but the frame can play pictures from any SD card or USB stick, going through pictures either in order or at random – or you can always have it stay on the same picture permanently if you prefer. You also get a selection of options for how long you want it to stay on each photo for before moving on.

From our testing the frame’s strongest selling point is arguably how hassle-free it is. Setup took mere minutes, and once we plugged in a USB stick the frame happily played through a series of photos, including correctly displaying the portrait photos the right way up.

You can also play videos at up to 720p, with audio either through the headphone port or the built-in speakers. The speakers sound fine, but this is obviously a fairly compromised way to watch videos – if you really want to relive holiday footage you’re still much better off hooking it up to your TV.

There’s no battery here, so you need to keep the Nix Advance plugged into the power at all times. There are power saving features though – you can either set it to run on a schedule (turning the screen off overnight, for example) or use the built-in motion sensor so that the display only turns on when someone enters the room.

The motion sensor worked impressively well in our testing, usually recognising a new person within a couple of seconds, and staying on as long as someone was still in the room. This is also the main reason to opt for a frame like this over just buying a cheap Amazon Fire tablet and a stand to prop it up on – this will only activate when you’re around, without you having to turn it on every time you want to see your photos.