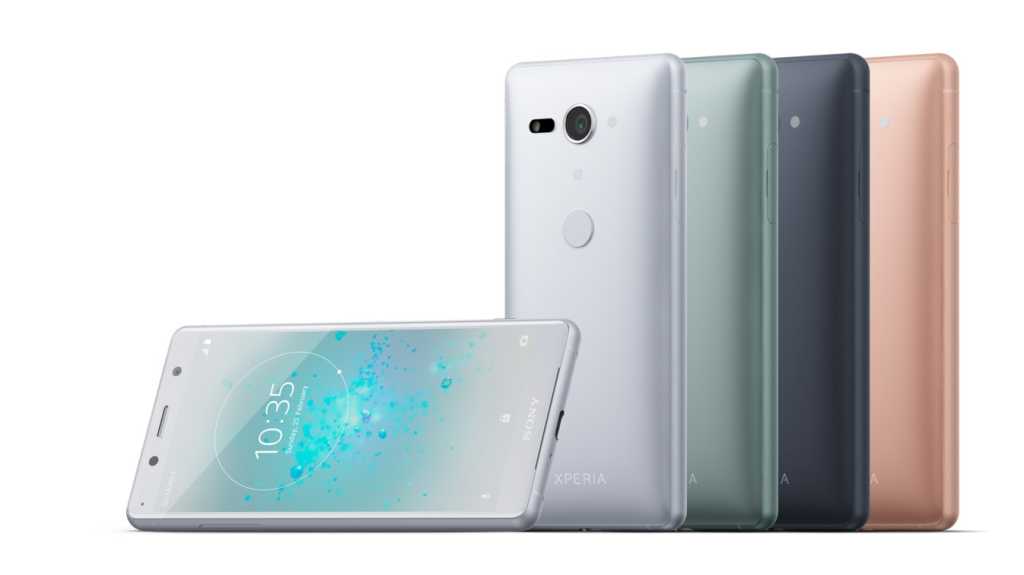 There’s no doubt that the XZ2 Compact is superior in a number of ways over its predecessor. There’s the bigger and better display, increased internal storage, and the 4K HDR camera. That being said, we have a soft spot for the XZ1 Compact. It’s smaller, lighter, and pretty much encapsulates the term ‘Pocket Rocket’. Retaining the headphone jack and cool side-button fingerprint sensor are big plus points, and thanks to both units supporting microSD there’s no need to worry about storage. Yes, it’s a little dated looking now, but if you can pick it up at a discount, it’s a fantastic little device. Either way you go, you shouldn’t be disappointed.

Sony has announced its latest pocket powerhouse in the form of the Xperia XZ2 Compact. It comes with the usual high-end specs and smaller body for which the Compact series is known, and we see how it compares to its predecessor, the Sony Xperia XZ1 Compact.

Read our For more diminutive desirables check out our best small phones 2018 guide.

The Xperia XZ1 Compact is currently available direct from Sony for £449 in the UK.

With the XZ2 Compact, and its larger Xperia XZ2 brother, Sony has finally ditched the brutalist design aesthetics that went before. While the industrial lines did give models like the XZ1 Compact a distinctive visage, it was about time that the Japanese giant embraced the large screen-to-body ratios expected of modern smartphones.

Unfortunately, it hasn’t done that, and the XZ2 range still has chunky top and bottom bezels.

The XZ2 Compact is a more ergonomic handset, albeit one that’s actually larger and heavier than the XZ1 Compact. Like its predecessor, the new model features an aluminium frame with a polycarbonate (plastic) back, although this time the edges are curved to make it sit in the hand that bit more comfortably.

With this sleeker shape Sony has also moved the fingerprint sensor away from the side, as on the XZ1 Compact, and placed it on the rear. While this is perfectly fine, we actually liked the combination of power button and fingerprint sensor on the flank as it felt natural to use. The rear is again more common now though, so it does seem a reasonable decision.

One that certainly isn’t is the removal of the headphone jack. Ok, we get it. Wireless is the future. But, with most decent Bluetooth headsets costing at least over £100 if not £200, this continued trend from manufacturers (with the notable exception of Samsung and LG) still feels needlessly anti-consumer.

There is a USB-C to 3.5mm adapter in the box, but omitting the jack is not a plus for the XZ2 Compact. Thankfully, the XZ1 Compact does still have the facility for traditional headphones.

A 5in display dominates the front of the XZ2 Compact, using the increasingly popular 18:9 aspect ratio. For the first time in the range’s history, the XZ2 Compact also comes with a full HD+ display, as opposed to the 720p variant used by the XZ1 Compact and its small-form-factor antecedences.

Sony has also included HDR support for its new release, making colours and lighting look impressive on the XZ2 Compact.

This leaves the 4.6in, 16:9 panel in the XZ1 Compact looking a bit dated in comparison. It should be noted though, that one of the main reasons for that model’s consistently excellent performance has often been attributed to it not having to drive too many pixels. In truth, on a 4.6in display, 720p is perfectly acceptable even in today’s Ulta-HD-obsessed world.

The Sony Compact phones are unusual in that they don’t minimise specs when they slim down the chassis, unlike most other manufacturers. This means that you don’t have to compromise on power if you prefer a smaller handset.

The XZ2 Compact continues this praiseworthy trend by arriving replete with the latest Qualcomm Snapdragon 845 processor, 4GB of RAM, and 64GB of internal storage.

While no slouch itself, the XZ1 Compact trails a little behind with the Qualcomm Snapdragon 835, 4GB or RAM, and 32GB of storage. Make no mistake, this is a very good spec for a ‘mini’ unit, but the flagship configuration on the XZ2 Compact does make it stand out.

Both support microSD cards, so the capacity of the XZ1 Compact can be boosted by up to 256GB, while the XZ2 Compact can handle cards up to a gargantuan 400GB.

Battery life has always been impressive on the Compact range, aided no doubt by the way Sony manages to include larger cells in the small frames. The XZ1 Compact has a 2700mAh unit, while the XZ2 Compact increases that to 2870mAh. How the bigger display and HDR will affect the latter will be something we look at carefully when we write our full review.

With a brand like Sony you always expect good things in terms of optics. The XZ1 Compact has a solid, if not amazing, camera that comes equipped with a 19Mp sensor and f/2.0 lens. It can shoot slow-motion video at 960fps and has a few helpful modes to make capturing moments a bit easier.

A dedicated hardware camera button on the side of the device is a simple but utterly brilliant feature, and one we think more manufacturers should adopt.

With the XZ2 Compact Sony has stepped things up a bit. It’s still a 19Mp unit, but for the first time on a phone (well, alongside the Sony Xperia XZ2) you can shoot 4K in HDR. This is a big deal and will put through its paces when we spend more time with our review unit. If it delivers on the promise, then it could be a real selling point for the XZ2 Compact.

Oddly the older model features an 8Mp front facing camera, while the newer release only sports a 5Mp unit. Still, either will be perfectly adequate for any selfie shenanigans.

Here’s a detailed breakdown of the specifications for both devices.

Android 8.0 Oreo is the operating system of choice on both phones, with the light-touch of a Sony interface adding a few options here and there. Sure, it’s not the pure Android experience you’ll find on the Google Pixel 2 or Nokia 8 Sirocco, but it’s close enough to keep most people happy.