It’s actually quite amazing what Sony has achieved in six short months, though we can’t help wondering why it just didn’t get it right the first time around. The Sony Xperia XZ2 is faster, lasts longer, looks a lot nicer (and more current), and has improved photography and audio credentials bar the loss of the headphone jack and lower-resolution selfie camera. It’s £100 more than the XZ1’s RRP, but if you can afford it then an upgrade from XZ1 to XZ2 sounds like a no-brainer. For more detail read our full reviews of the Sony Xperia XZ1 and Sony Xperia XZ2.

Sony’s phones traditionally have a very ‘Sony’ look: blocky, angular, oversized… and old-fashioned. Sony hopes to change all that with its new Xperia XZ2, which sees a move away from the previous ‘Omnibalance’ design language to the new ‘Ambient Flow’. Both models remain waterproof.

Compared to its predecessor, Sony has reduced the XZ2’s towering bezels and introduced curved glass front and rear. It’s also added an 18:9 display, bringing the XZ2 kicking and screaming into the future, but while this is an improvement over the XZ1 it’s still a far cry from the ‘all-screen’ designs of its rivals.

Sony has also moved the fingerprint scanner to the rear of the phone, whereas previously it was found integrated to the power button. It’s now always-on, which means it should be faster to respond.

Less pleasingly, Sony has removed the 3.5mm headphone jack. While USB-C audio is the future for smartphones, we’re still in that awkward stage where no-one has USB-C earphones and carrying an adaptor is annoying.

The new look is very welcome, but still has room for improvement. It makes the Xperia XZ2 more comfortable to hold, but you could argue its now bulging body feels less like a flagship. Fortunately, the design is not the only thing Sony has changed with its latest top-end Android phone. 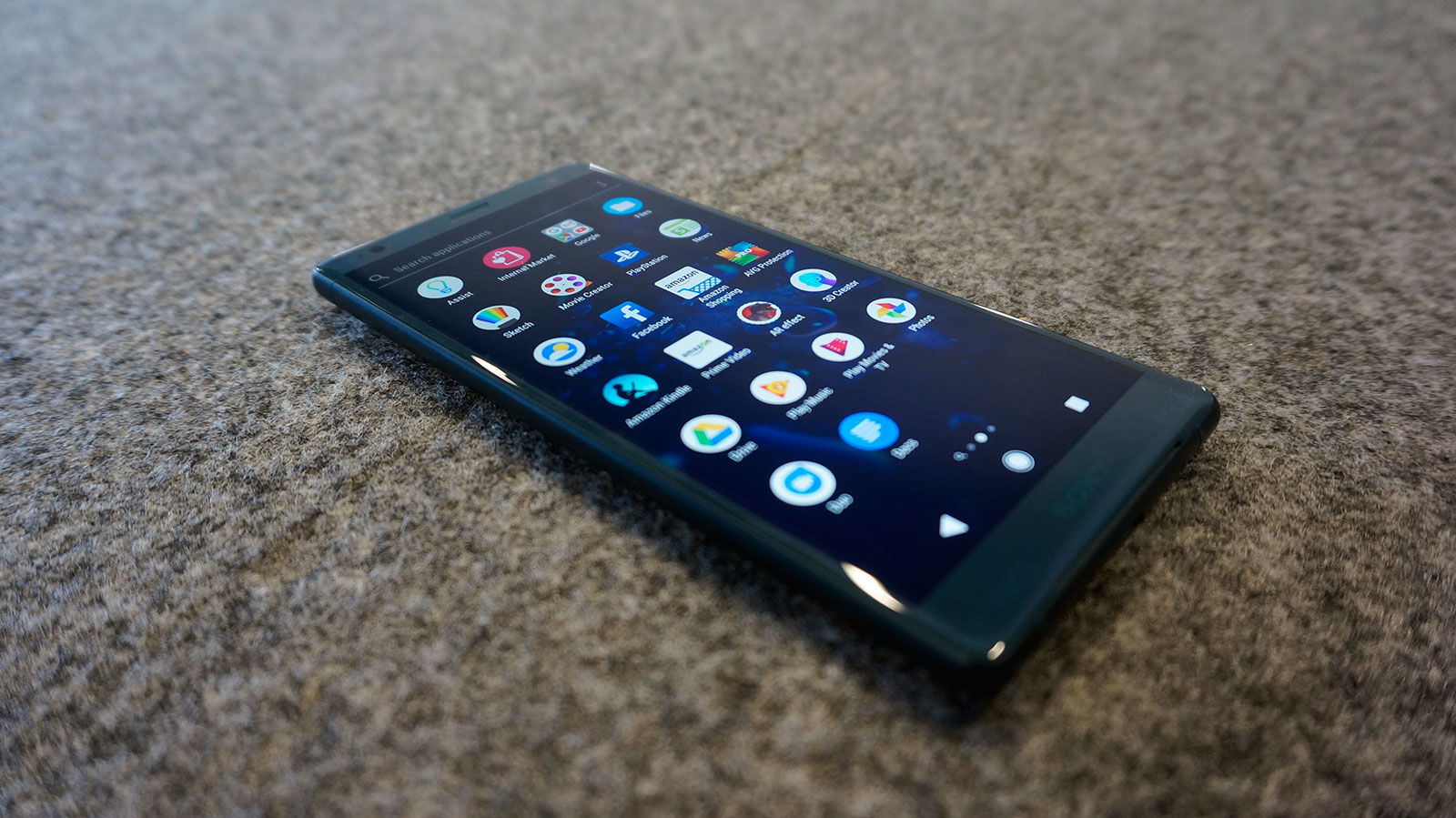 Sony has swapped out last year’s flagship-level Snapdragon 835 processor for the new Snapdragon 845. It’s the chip every flagship will run this year, and improves on its predecessor with faster performance, greater efficiency and gigabit LTE.

Other core hardware remains the same, with 4GB of RAM and 64GB of storage provided as standard. There’s also support for storage expansion through microSD.

Battery life should already see an improvement over the XZ1 thanks to the processor, but Sony has also upped the XZ2’s battery capacity from 2700mAh to 3180mAh. Unlike its predecessor, the XZ2 now supports Qi wireless charging, which is convenient if not a necessity.

As we’ve mentioned Sony has removed the headphone jack in the Xperia XZ2, which means you now must rely on USB-C for audio. Until USB-C earphones become more common we prefer the XZ2’s jack, but this will change over time.

Sony has made some improvements for those who prefer unplugged audio, however. The stereo speakers in the XZ2 are 20 percent louder than in the XZ1.

There’s also a new Dynamic Vibration System that supposedly allows you to feel what you hear. This is something we’ll need to test in our lab to see how much it improves the experience.

And, as previously, there’s support for hi-res audio. 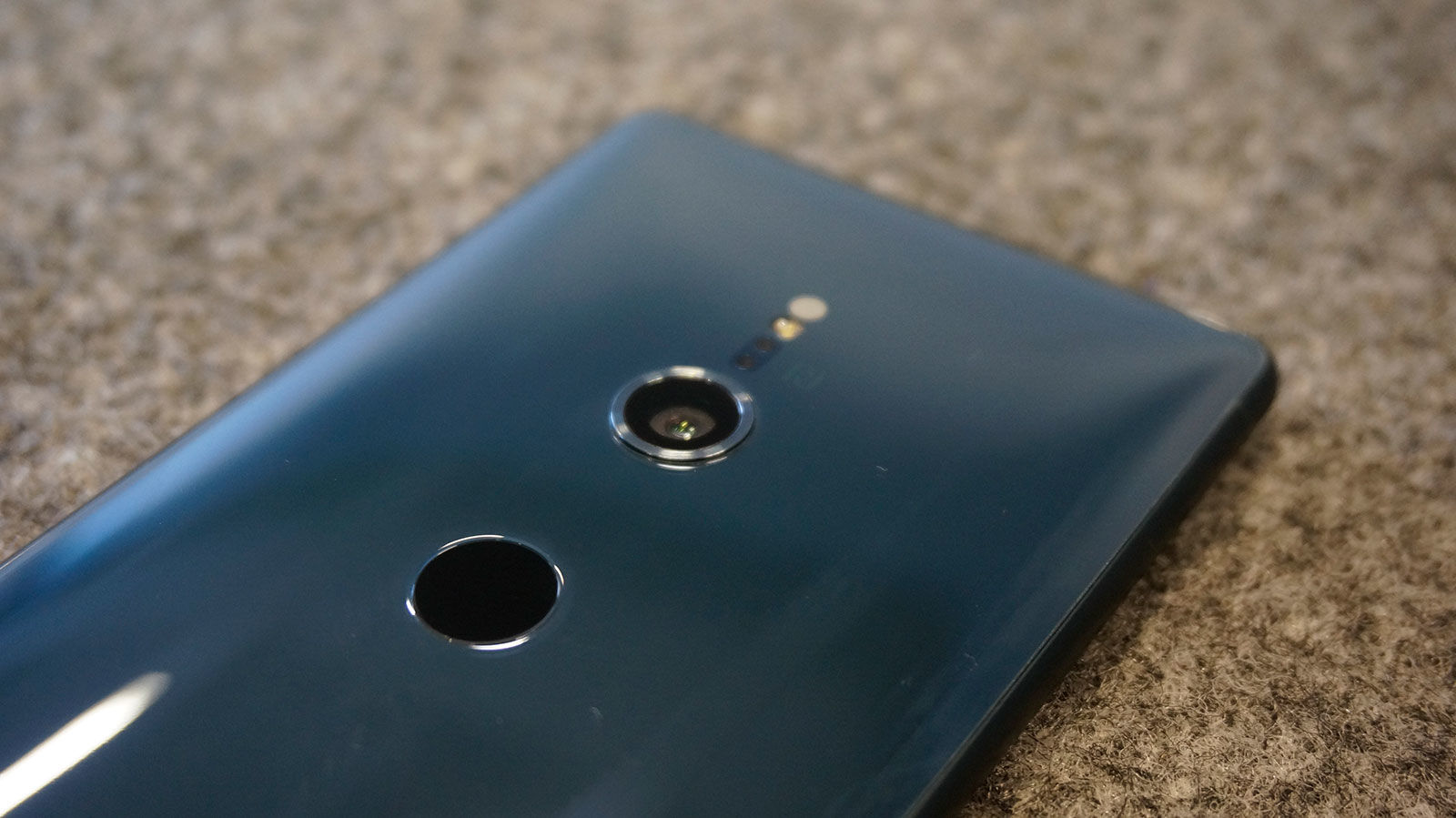 Both Sony phones are fitted with 19Mp single-lens cameras, but Sony has made some enhancements in the Xperia XZ2 thanks to a new image signal processor, developed in partnership with Qualcomm. It says the new camera offers reduced noise, better colour reproduction, and improved contrast when compared to the XZ1.

This is the world’s first phone (okay, along with its Compact sibling) to support 4K HDR movie recording. It also supports full-HD slo-mo recording at 960fps, whereas the XZ1 maxes out at 720p.

But while Sony has improved the primary camera, it’s cut back on the selfie camera. Previously a 13Mp lens it’s now rated at just 5Mp.