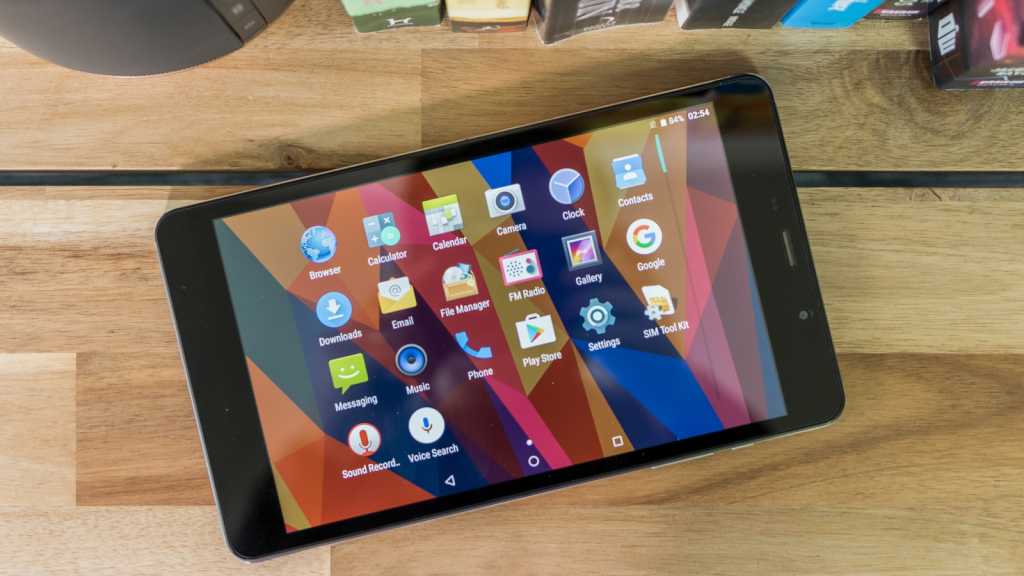 On paper the Young X5 from Alldocube sounds like a great offering under £200. But when you consider that you’re unlikely to use the SIM functionality, that the performance is unimpressive, the cameras low-quality and the speaker frustrating, you’ll realise that you can do better for your money. It’s not a terrible tablet by all means, and will prove a capable device for many users, but it is evidence for the theory that you get what you pay for.

Those looking for a compact budget tablet may be intrigued by the Alldocube Young X5. It promises an 8in screen, 32GB of storage with microSD support, and dual-SIM functionality all under £200.

The Young X5 is available via GearBest, which offers free shipping from China though you may also need to factor in import duty (20 percent of the value on the shipping paperwork plus an admin fee of around £11). At the time of writing it costs £197.87/US$269.58/222.40€.

For a sub-£200 tablet the Young X5 has some nice touches. The build is mostly metal, but with plastic end caps top and bottom housing the speaker, camera and flash, microSD and dual-SIM slots.

These don’t feel especially tough, nor do they lay completely flush, but there’s no reason to gain access following initial setup. We prefer this solution to a removable rear panel, which can make a device feel creaky and cheap.

The screen is also reasonably decent, an 8in full-HD (1920×1200) IPS display that isn’t the brightest we’ve seen but offers realistic colours and good viewing angles. It seems adequately responsive in our testing, but it is prone to fingerprints. These are easily visible whether or not the screen is on.

The bezels aren’t as slim as we might see on the latest flagship devices, with about a centimetre to the left and right of the screen and an inch top and bottom. Despite this the Android-standard home, back and mutitasking buttons are found onscreen, which is handy when viewing the tablet in landscape mode.

You will need to be careful not to obscure the single speaker that sits on the bottom (or left when held horizontally) edge when enjoying media, though. It’s not overly loud as it is, lacking bass and distorting at max volume.

The 8.8mm-thick Young X5 is sufficiently compact and not too heavy at 338g to hold in a single hand, but you will of course need a second hand to operate it.

At the top edge you’ll find a headphone jack and an old-hat Micro-USB slot. We presume the latter can accommodate a Micro-USB-to-ethernet adaptor, given the mention of ethernet in the settings, but this is not a common find in Android tablets and there’s no adaptor in the box nor mention in the manual to support this idea.

We’re used to seeing the volume rocker and power button on the right edge with phones, and it’s perhaps because this device also supports a SIM (or two, to be precise) that the Young X5 adopts this location. The positioning is awkward when using the tablet in landscape mode, however.

On paper the Young X5’s dual-SIM slot sounds impressive. It’s actually doubtful you’ll use it. One of the two slots is a full-size SIM slot, and we haven’t seen one of those in years (you can still get adaptors for them), while the other is an also old Micro-SIM slot.

It’s not so much the size of the slots that is the problem, but the fact they support only one of the three 4G LTE bands used in the UK (band 3). Perhaps you should stick to ethernet.

The Young X5 covers the connectivity basics, with dual-band Wi-Fi, Bluetooth 4.0 and GPS (no mention of GLONASS in the spec), but there’s no NFC, no fingerprint sensor, and no support for Miracast or even a Micro-HDMI slot. Given that you can’t easily hook up this tablet to a TV without additional hardware, the speaker just isn’t good enough for enjoying media.

The Alldocube tablet runs on a 1.5GHz MediaTek MTK8783 octa-core processor with a Mali-T720 GPU, 3GB of RAM and 32GB of storage. Given the price it’s a reasonable spec, but you will find more for your money – particularly if you’re happy to buy from China.

In use we found operation smooth enough, and it’s a capable tablet for checking emails and social media, and browsing the web. But it’s not the sort of device on which you’ll want to play intensive games or handle multiple tasks at once.

We ran our usual benchmarks on the Young X5 and the results pointed to a similar conclusion. In Geekbench 4, for example, it was capable of 2793 points multi-core, and just 693 single-core. That’s Moto G5 territory, but in a tablet. It’s been a while since we’ve tested anything this low.

In our GFXBench graphics benchmark it was unable to run Car Chase, the most intensive of the components. And in the easiest test, T-Rex, the Young X5 hit only 14fps. The best devices will score in excess of 50fps here, and we’ve seen budget devices topping the Young X5’s 14fps for years now. We also recorded 6fps in Manhattan and 4fps in Manhattan 3.1.

JetStream, a JavaScript benchmark, clocked the Young X5 at a similarly unimpressive 19.2.

The tablet is also fitted with two tablets, 5Mp at the rear and 2Mp at the front, which through software can be boosted to 13Mp and 8Mp respectively. They’re nothing to shout about, but neither would we expect them to be on a tablet, especially a budget device.

A selfie camera is essential for video chat, though, and we weren’t overly impressed with what’s on offer here. We couldn’t even tell the difference between Auto and Face Beauty mode.

This Alldocube tablet runs a stock version of Android 7.0 Nougat, and we don’t know if it will ever see an upgrade to Oreo. It supports wake-up gestures, but other than the aforementioned Ethernet option there’s nothing out of the ordinary here.