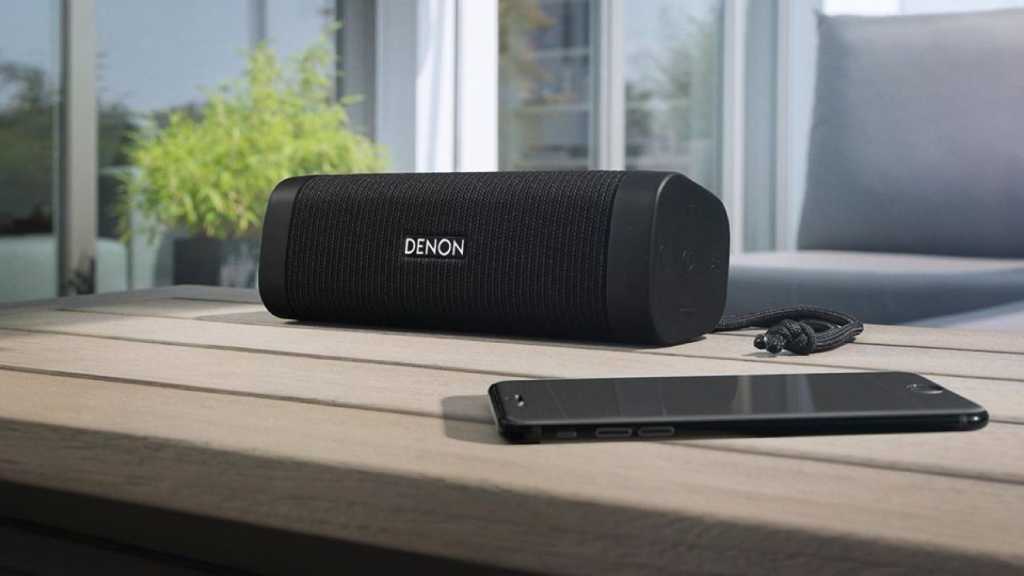 If you’re on the market for a sub-£100 Bluetooth speaker, you’ll struggle to find something that sounds better than the Denon Envaya Pocket. It’s crisp and packs quite a punch in the bass department without any distortion and can be paired up for stereo playback. Most importantly, the two speakers provide a level of clarity not often found in budget Bluetooth speakers. Plus, it looks pretty cool too – what’s not to like?

The Denon Envaya Pocket is the budget option of the recent Envaya line with an £89.99 RRP, compared to the £109 Envaya Mini and the top-of-the-range Envaya Portable Premium that’ll set you back a cool £149. But while it’s readily available to buy from the likes of Amazon in the UK, it doesn’t seem to be available in the US. Don’t worry though; US readers should check out our best budget Bluetooth speaker chart for other US-friendly options.

The Denon Envaya Pocket is an attractive speaker, there’s no doubt about it. Denon improved on the build of the last generation Envaya, offering impressive audio in an even smaller, streamlined package. In fact, it’s only 16.3cm long (16.3 x 5.6 x 5.8cm overall) and weighs a lightweight 390g. What does this mean to you at home? It’s an incredibly portable speaker that you can take almost anywhere; it’s even small enough to fit in our jacket pocket!

That’s backed up by a hardwearing fabric and sturdy polymer. This makes the Envaya Pocket robust enough to take a knock or two when out and about, and the IP67 dust and water resistance means that the music doesn’t have to stop when it starts raining. The rating indicates that the Envaya Pocket should survive in up to 1m of water for 30 minutes, although admittedly we didn’t put this to the test. 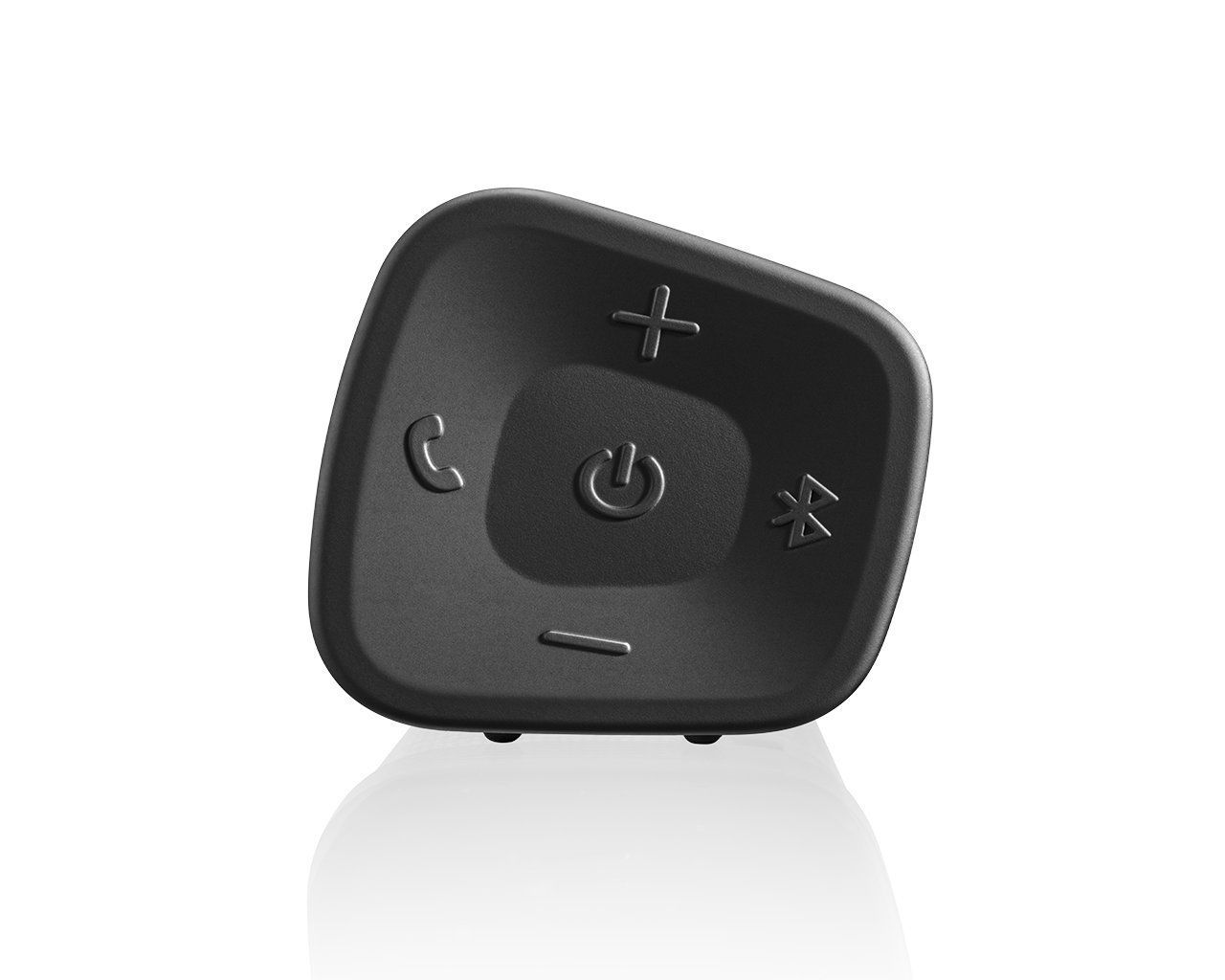 So, what has Denon featured in the Envaya Pocket to make it irresistible in an already busy market of sub-£100 speakers? Aside from the IPX67 water and dust resistance mentioned above, the Denon Envaya Pocket offers the ability to make- and receive phone calls via the speaker when connected to a smartphone, thanks to the built-in microphone.

While they feel like standard clicky-buttons, they’re completely static and rely on touch input, making it difficult to know when/if your input is detected, especially with no display.

Another cool feature of the speaker is Envaya Link, which allows you to pair up an additional Envaya Pocket speaker for stereo playback. Though it’s only limited to the Pocket and not the entire Envaya range, it’s a handy feature for those that want stereo playback for parties, watching TV or any other stereo-related reason.

It’s probably worth giving battery life a bit of a mention. Depending on the volume of playback, the Envaya Pocket can last around 10hrs on a single charge. It’s fairly speedy to recharge too, going from 0 to 100 percent battery in around 1hr30, or 2 hours max. The downside is that unless you provide a relatively high-powered USB port, you can’t play music while charging.

Well, you can, but if you’ve got it plugged into a low-voltage USB port, chances are that it’ll drain instead of charge. 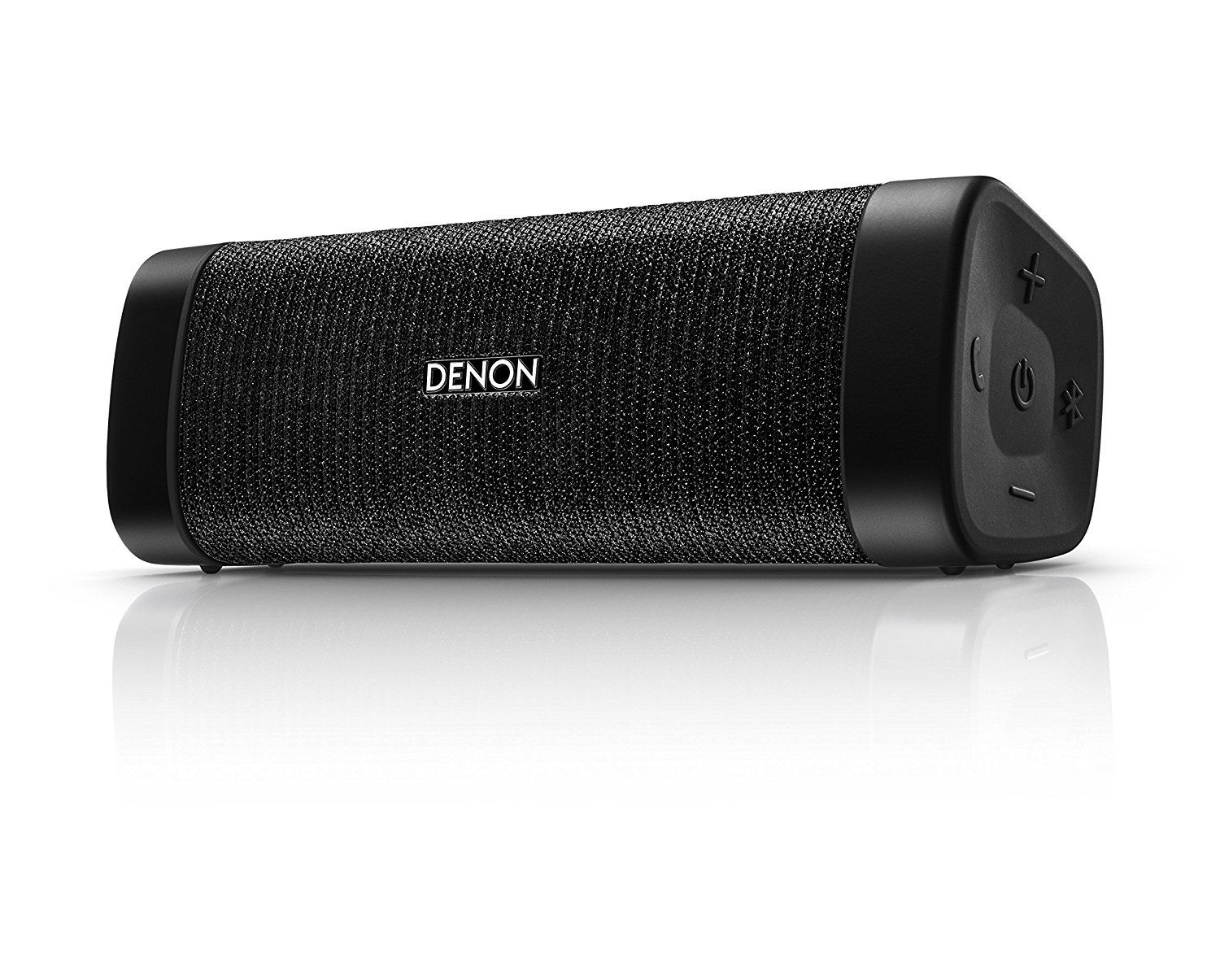 Unlike other budget speakers on the market, the Denon Envaya Pocket provides a two-speaker setup beneath the water-resistant mesh. The reason for including two speakers is down to audio clarity; it means that the entire range isn’t produced by a single speaker, offering better clarity and an all-around better audio experience when compared to single-speaker counterparts.

Denon has been developing high-end audio products for over 25 years, so it should come as no surprise that the speaker sounds incredible, from the low-end to the high-end. It’s more focused on punchy, deep bass but it doesn’t overpower vocals or the treble, and there’s not even a slight hint of distortion – even when playing bass-heavy songs at full volume.

The downside of the audio department isn’t to do with quality, but rather the omission of a feature we’ve grown to rely on with Bluetooth speakers. The issue is that the volume controls don’t sync with the input device, meaning you have to control the volume from the phone/tablet and the overall speaker volume separately. It’s admittedly only a small issue, but it really does offer convenience and we’re slightly disappointed it’s not present, as it’s found on a range of budget speakers.