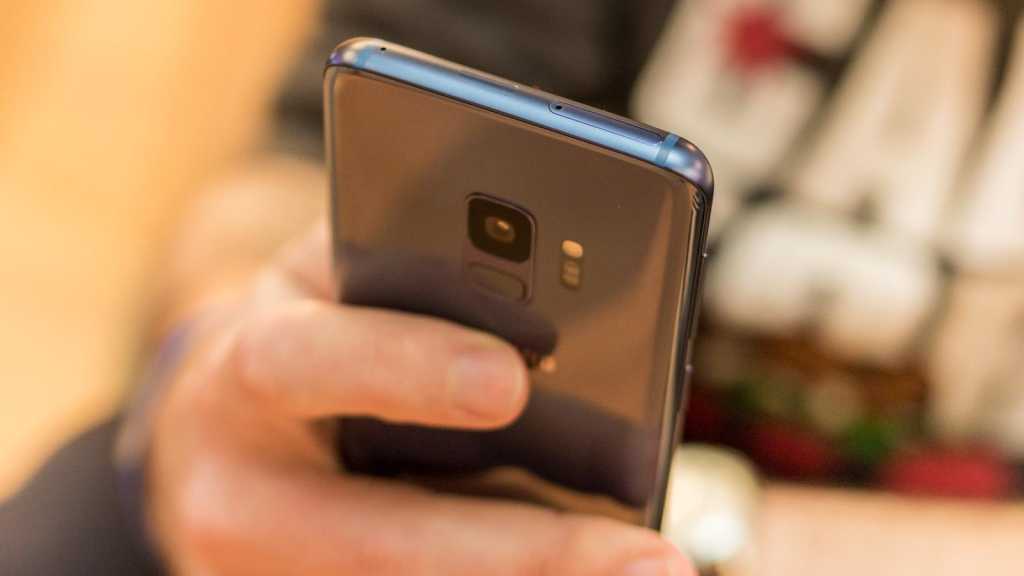 Comparing this year’s phone to last years is rarely going to be a balanced comparison, but with than in mind the OnePlus 5T holds up surprisingly well to the S9. It’s got very comparable hardware, meaning that both phones are going to be lightning fast to use. The camera is superior on the S9 by some distance, and has a slight edge in screen quality too. The battery life is just about comparable between the two phones, showing solid performance across the board. The Galaxy S9 is the winner here but the OnePlus 5T is the better value for money option with a big saving on offer.

How exactly does the Galaxy S9 stack up against last year’s hardware? We compare it to the OnePlus 5T to find out.

The S9 really looks like more of an S8.5, rather than a new phone. There have been some design tweaks, but the average consumer would probably struggle to tell the two apart when looking at them separately. We considered the S8 the best phone of last year, so it’s going to be hard to improve on it without a major evolution in design.

Let’s do some comparing.

This difference in price here can’t be ignored as it is substantial. The OnePlus 5T has always had fantastic value for money, as it offers top tier smartphone features for something closer to a mid-range price.

With the S9 you really are paying for quality, and considering how good the S8 was, it’s almost certainly going to be money well spent.

The display on the S9 hasn’t changed from the S8 at all, so it remains 5.8in on the regular model, jumping up to 6.2in on the S9+. The display also remains the curved infinity display that was at home on the S8.

The aspect ratio is still Samsung’s favourite of 18.5:9, Quad HD+ resolution and Super AMOLED technology. It’s still going to be one of the best screens on the market, without question.

While the 5T’s display is nothing to be sniffed it, it can’t quite keep up with the S9 in terms of quality.

With a new flagship phone, comes a brand new processor. The S9 is fitted with the Exynos 8910 chip, which is an octa-core chip with four cores at 1.7Ghz, and the faster four now sitting at 2.7Ghz.

Just as with the S8, the S9 will come with 4GB of RAM and 64GB of internal storage.

The OnePlus 5T houses the Snapdragon 835 processor that we’ll be seeing on some Android phones this year but the 845 is the latest model. It also features 6GB of RAM and 64GB of storage space.

Realistically, both of these phones are more than capable of handling anything you throw at them. Their specifications aren’t that far away from desktop PCs, so for browsing Instagram and listening to music you’re going to be fine on these phones.

However the 5T does win out here considering the huge gap in price, it offers very similar hardware to the S9.

The biggest change between the S8 and the S9 is infact the upgrade in camera technology.

Sadly you’ll have to get the S9+ to get the dual-camera setup, but the S9’s camera still takes a leap forward. It’s still a 12Mp with 1.4m pixels and OIS, but now comes with adjustable aperture that can switch between f/2.4 and f/1.5 depending on the conditions, which makes in the fastest of any phone currently on the market.

The camera on the S9 has a whole lot of additional features that you can check out in our hands on here, but it’s safe to say that it’s the phone to get if camera quality is important to you.

The 5T’s camera, unlike it’s hardware and performance, lets it down slightly here. It contains two sensors, the main being a 16Mp with f/1.7 aperture and a secondary with 20Mp and f/1.7 aperture. The phone functions very well in low light conditions, but sadly struggled to keep up with other phones from the last generation – which suggests that the imrpovements found in the S9 should put further behind still.

Regardless, the camera in the 5T is far from poor, and you can read more about it in our hands on here.

The battery life between the two phones is respectable, as you would expect. The S9 holds the same battery as the S8, and offers fast charging via the USB-C port along with wireless charging.

The OnePlus 5T’s battery certainly holds it’s own as well, and the Dash Charge feature remains a great addition even if it only works with the supplier cable and brick.

Both of them put in a solid performance on the battery power side.