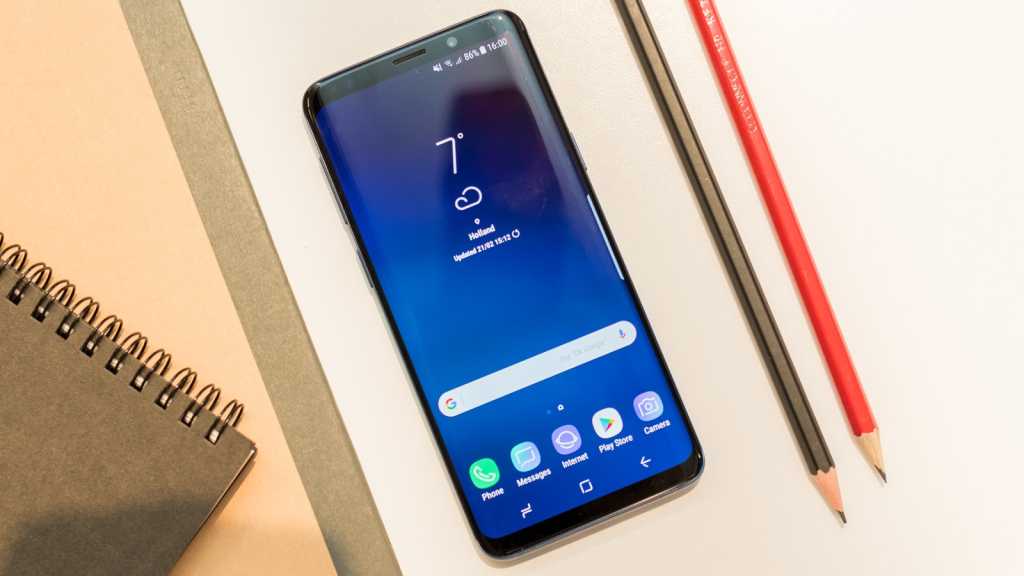 These are unquestionably two of the finest Android smartphones you can buy right now. They also have enough distinctions between them to make choosing the right model for you reasonably simple. If you want the S-Pen, with all its doodling marvels, then the Note 8 is the one. It’s a powerful, beautifully designed device that will not disappoint. Those not too bothered by the idea of a stylus should move onto the S9 without hesitation. It boasts a faster processor, larger microSD capacity, an innovative camera, smaller frame, and is drop dead gorgeous.

Samsung’s Galaxy range of smartphones continuously set the bar for technical innovation, performance, and design. Yes, the iPhone X has a few tricks up its finely tailored sleeves, but if Android is your preferred platform then a Galaxy will be at the top of the list.

At Mobile World Congress in February, Samsung pulled the covers off its new S9, which will be certain to sell in huge amounts and quickly become a regular feature up and down the high streets of the UK. So, how does this new flagship compare to the last technical marvel that Samsung released; the Galaxy Note 8?

We take a look at the two powerhouses to see whether bigger is still better.

When shopping at the premium end of the market these days, you’ll need to brace yourself for the prices on the boxes if you intend to buy one outright. The Galaxy S9 will set you back £739/$US719.99, which is an increase of £50 (and decrease of US$30) on the price of last year’s Galaxy S8, although still £260/US$280 cheaper than the aforementioned iPhone X.

You can buy the Galaxy S9 direct from Samsung, which is available now following its 16 March release date.

Due to the popularity of the device, it’s worth shopping around for the various offers available from phone providers. See our best Samsung Galaxy S9 deals roundup for the most tantalising promotions.

Those wanting a bigger display should look at the Samsung S9+, which can also be ordered from Samsung for £869/US$839.99.

Even though the Galaxy Note 8 was released in September 2017, it’s still a very expensive handset. Buying directly from Samsung will cost an eye-watering £869/US$950, so an easier route is probably to approach your mobile provider to see if it’s available on a tariff instead.

Read our guide on where to buy the Samsung Galaxy Note 8 for more details.

Samsung’s aesthetics department should be very pleased with themselves right now because the current high-end Galaxy phones are some of the best-looking devices we’ve ever seen.

Both feature slim bodies, Infinity displays that curve at the sides to make them appear to fill the entire width of the chassis, and slim upper and lower bezels to make the most of the real estate offered by the front panel.

All this display means there is no room for a Home button or biometric sensor, so the fingerprint reader can be found on the rear of the device instead. With the previous Galaxy S8 and the current Note 8 this is positioned next to the camera, which can be a bit troublesome as it’s easy to accidentally put your fingers over the lens as you feel for the button.

When designing the S9 Samsung listened to the various gripes of its users, so the sensor has now been relocated to beneath the camera where it’s better to reach without smudging the lens. Well done!

On either device a slim metal circumference is home a USB-C charging port, 3.5mm headphone jack (yes!), microSD card slot, plus the obligatory volume and power buttons. The Note 8 has an additional aperture which houses its S-Pen.

This is one of the true differences between the two devices. Of course, the Note 8 is a bigger handset, but the S-Pen adds the unique functionality that makes the Note a range that inspires such passionately devoted followers.

Removing the small stylus from its housing in the Note 8 automatically opens up the options to create notes, highlight anything on the screen, select an area of the display, or to just doodle. You can also use the S-Pen to navigate the OS, which is actually a really great way to use the device.

If you like the idea of writing and drawing on your screen then the Note 8 is the best way to do it.

Another immediately apparent difference between the S9 and Note 8 is their size. This is primarily down to the fact that the former has a 5.8in display, whereas the Note 8 boasts a bigger 6.3in expanse of glass, much like the S9 Plus (with 6.2in).

Due to the 18.5:9 aspect ratio used by Samsung, the devices are taller than you might expect. This is offset by being slimmer in the hand, making them far more comfortable to use than screens this size usually allow. It takes a little getting used to but is definitely the way to go as devices continue their inexorable march to larger and larger displays.

With six months between them, it’s not surprising to see that the S9 has a newer processor than the Note 8. An Exynos 9810 Octa-core makes its debut at the heart of the S9, which Samsung claims will be 40 percent faster than the Exynos 8895 found in the Note 8, S8 and S8+.

In the US and China, you’ll instead get a Snapdragon 845 chip.

Now, a processor isn’t alone in deciding the rapidity of a system, so much will depend on how the 4GB works with the chip compared to the 6GB found in the Note 8 and S9+. One thing’s for sure though, all three devices are very fast indeed.

There’s only one storage available for either handset – 64GB – but as Samsung still includes a microSD slot this isn’t an issue. The Note 8 can accept cards up to 256GB, while the S9 beats this with the option of a 400GB card. 464GB on a phone? What times we live in!

As you’d expect with Galaxy flagships, the S9 and Note 8 come replete with all the connectivity and sensors you could want. 11ac dual-band Wi-Fi, GPS, NFC, Bluetooth 5 with aptX, iris scanners, heart rate monitors, and USB-C ports. Plus, both support the DeX technology that allows users to dock the devices and use them with an external display, keyboard, and mouse as an instant Android PC.

Battery-wise, the Note 8 sports a 3300mAh unit, while the smaller S9 has a 3000mAh cell and the S9+ a 3500mAh capacity. All are non-removable, but support fast charge 3.0, wireless charging, and fast wireless charging.

Here’s a detailed breakdown of the technical specifications of each device.

Samsung has been long renowned for making some of the best smartphone cameras in the business, and the two units here are no exception. The Note 8 features dual-cameras, with a 12Mp f/1.7 and 12Mp f2.4 telephoto combination.

These return excellent images, and with optical stabilisation on both lenses video footage is beautifully wobble-free.

With the S9, Samsung has broken some new ground by including a mechanical dual-aperture that changes between f/2.4 and f/1.5. This gives the photographer a lot of range to work with, and the fast f/1.5 setting should make low-light shots much cleaner than on the S8 or pretty much any other camera in this class.

The unit itself has a 12Mp sensor, OIS, and boasts the ability to record slo-motion video at 960fps. This makes the results both impressive and ridiculously smooth.

On the Plus version, you get a second 12Mp camera with a 2x optical zoom, and the Live focus you can see in the photo above.

We’ve not spent enough time with the S9 and S9+ yet, but we’ll be updating this review once we’ve put it through its paces.

Many Android users have a love-hate relationship with Samsung’s interface. TouchWiz, as it’s called, has undergone significant refinements over the last few years though, and the versions found on both devices are for the most part clean, well designed, and eschew the headache-inducing colour schemes adopted in the past.

There’s the requisite bevy of settings and options, plus a fair does of Samsung’s own productivity apps, but for the most part we’re happy with how TouchWiz is coming along. Of course, for many users it will be the only interface they’ve used on a smartphone and will therefore be pleasantly surprised by the spit and polish Samsung has applied.

The S9 arrives with the latest Android 8.0 Oreo pre-installed, while the Note 8 remains back on 7.1.2 Nougat, although we expect the latter to be updated very soon.