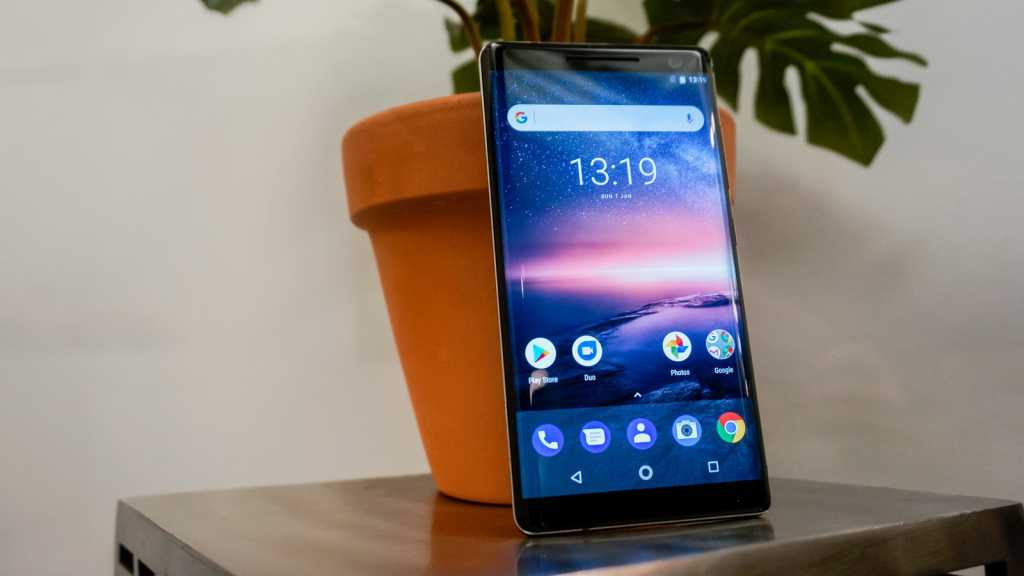 Nokia has two interesting devices vying or your money. The Nokia 8 is a solid performer with decent specs and a price tag that seems affordable in these days of £1000+ smartphones. Whether it’s even the best mid-range device is questionable though, especially when the OnePlus 5T is £50 cheaper. The Nokia 8 Sirocco has an elegant design, good cameras, and enough power for most users. It’s significantly more expensive though, and arguably just another also-ran in the Android race.

Legendary Finnish phone manufacturer Nokia has unveiled its line-up of smartphones for 2018. The new range includes upgrades for models across the price spectrum, and even the return of the classic 8110 banana phone last seen in the 1999 movie The Matrix.

Those looking for something a bit more up to date will have their eyes trained on the Nokia 8 Sirocco flagship handset, which seems to be a premium upgrade to the less exotically named Nokia 8. But, is it worth the extra money needed to buy one? We compare the Nokia 8 Sirocco with the Nokia 8 to find out.

The Nokia 8 is already available and impressed us when it came out in the second half of 2017. This was due to a mixture of decent specs and a very affordable price (in the current inflated smartphone universe) of £499.

You can order the 8 directly from Nokia, but you’ll also find it offered by most carriers in the UK, where you might be able to pick it up for an even lower price.

The Nokia 8 Sirocco costs more, now available from  all major UK retailers at £649. Those who order from  Nokia.com before 14 June will also get a free Google Home Mini.

The Nokia 8 is pretty standard fare for a mid-to-upper tier smartphone born in 2017. The front has a 5.3in screen framed by top and bottom bezels, the latter of which features a Home button that doubles as a fingerprint sensor – albeit one that can be a bit temperamental – plus there’s the normal pair of Android navigation buttons.

A plastic band runs around each end of the frame, no doubt to help with antenna performance, while the back is metal with curved edges to make it nestle happily in the hand. We did find that the shiny surface picked up scratches a little too easily for our liking, but on the whole it’s a perfectly acceptable, if not exactly exciting, design.

In the case of the Sirocco, Nokia has upped its game, taking cues from Samsung (some might say blatantly copying it) in terms of materials and aesthetics. Gone is the metal rear casing, replaced instead with Gorilla Glass 5, and you won’t find any plastic on this model either, as a stainless-steel band stretches around the circumference of the device.

The front panel is taken up almost entirely by a 5.5in display, boasting curved edges that make it appear bezel-less on the flanks. All that glass means there’s no room for a fingerprint sensor, so Nokia has sensibly moved it to the rear of the Sirocco instead.

At 7.5mm thin, there is also no space for a 3.5mm headphone jack, so you’ll have to make do with the USB-C port and the included adapter or move onto Bluetooth headphones.  Those considering the latter route would do well to read our Best wireless headphones guide.

The Nokia 8 on the other hand does still include the highly useful aperture, but having openings on the handset isn’t such a great idea as the cheaper unit only achieves an IP54 rating for water and dust. This means it’s splashproof, rather than the IP67 waterproof rating that the Sirocco attains.

Under the skin there’s the surprising revelation that both units use the same Qualcomm Snapdragon 835 SoC. We’d have expected the Sirocco to move up to the newly released 845, as found in the Samsung Galaxy S9, but Nokia has stuck with the older silicon.

The Sirocco does feature 6GB of RAM, which is 2GB more than the Nokia 8, and it also has twice as much storage at 128GB. Sadly, the newcomer has no support for microSD cards, so you’ll need to take that into consideration when making your purchase.

On the Nokia 8, you can boost the 64GB by a further 256GB thanks to its microSD slot.

The cheaper model also features ‘OZO spatial 360-degree audio’ to go along with its 4K video recording. Not to be outdone, the Sirocco also has its own sonic splendour with three mics that promise to capture 24-bit resolution audio. In short, both produce pretty damn great-sounding videos.

Connectivity is comprehensive, with a USB-C charging port on each that supports Fast Charge 3.0, although only the Sirocco can replenish its battery wirelessly. There’s also dual-band 11ac Wi-Fi, GPS, NFC, and Bluetooth 5 on both models.

Here’s a detailed breakdown of the main specs of both devices:

While the 5.3in, Quad HD, panel on the Nokia 8 is perfectly usable, those bezels do make it feel small by modern standards. By contrast the 5.5in, Quad HD, pOLED, with its curved edges and generous body-to-screen ratio is a far more contemporary approach (again reminiscent of the Galaxy S9) which lends the Sirocco a definite air of superiority over its less well-heeled sibling.

There’s nothing wrong with the Nokia 8 screen, but it’s simply isn’t as good as the one found on the Sirocco.

Belying its moderate price-tag, the Nokia 8 comes with a dual-camera setup in the main shooter. The combination is a little unusual though, as rather than the normal wide-angle or telephoto option in the second lens, Nokia instead went for a monochrome sensor. This makes shooting in black and white a breeze, but if you’re dedicated to colour then it might not be as useful as a different focal length.

In our testing the 13Mp units worked to create decent images that would be fine for social media, but nothing more than that.

The Sirocco also includes dual-cameras, which combine a 12Mp f/1.75 aperture unit with a 13Mp F/2.6 telephoto lens. We’ve not had a lot of time in the field with it yet, but initial shots suggest that this could be a very good camera. We’ll be sure to update this with more detailed analysis once we’ve used the Sirocco in a variety of settings.

Nokia has taken the laudable step of eschewing the temptations of plastering their own interface all over Android, and instead supplies both handsets with an unmolested version of the 8.0 Oreo version of the OS.

This is because all of the smartphone in the current Nokia smartphone range are part of the Android One program, which ships units with the clean, pure iterations of Android that you’ll find on Google’s own Pixel range.

The additional benefits of this is that you get unlimited storage of your pictures on Google Photos, access to the Google Assistant, and quick, regular updates to the latest version of Android itself.

If you’re tired of bloated interfaces or having to uninstall loads or apps that the manufacturer has bundled with your new device, then Nokia has the answer right here.