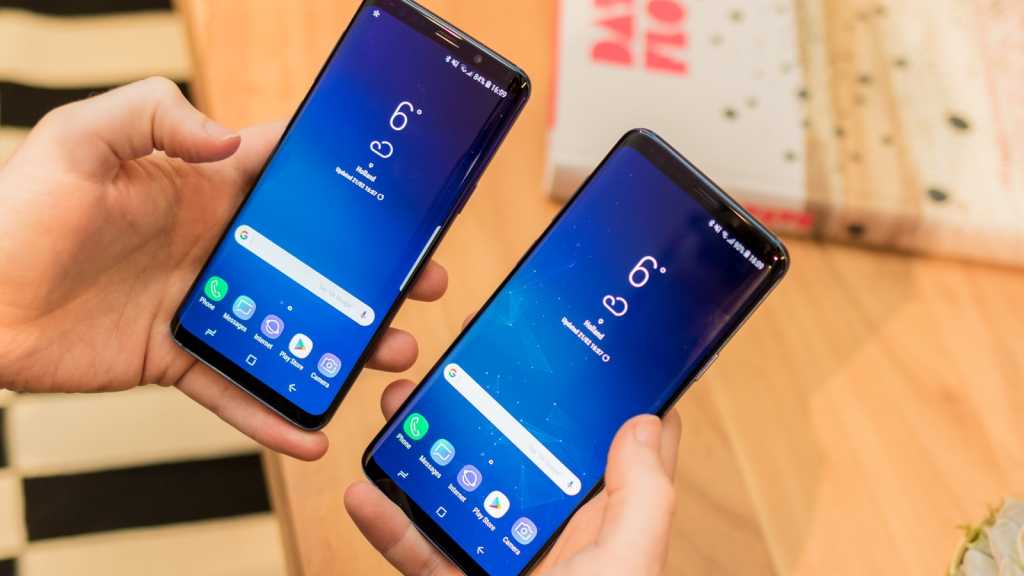 When compared to the Galaxy S9 the Plus model adds a telephoto camera, 2GB of RAM, a slightly larger screen and promises of extended battery life. It also comes at a £130/$120 premium, though you will notice this less when buying on a contract. If photography is your thing, or you will appreciate the extra screen room, buy the Galaxy S9+. Otherwise the more affordable Galaxy S9 should suit you just fine.

The display tech is the same across the Samsung Galaxy S9 line, but the Galaxy S9+ has a larger 6.2in panel while the Galaxy S8 is 5.8in. Both are Quad-HD+ 18.5:9 Super AMOLED screens.

More space inside the chassis means more room for a battery. The Galaxy S9+ adds 500mAh to the 3000mAh cell you’ll find in the Galaxy S9, though don’t assume that means it will last longer.

Samsung claims slightly higher figures for the S9+ (an extra two hours of video playback and three hours talk time, for example), but remember that the larger screen will zap more juice and we won’t know for sure until we’ve had both in our lab for thorough testing.

Though both Galaxy S9 models are fitted with either the Snapdragon 845 or Exynos 9810, depending on your territory, the Galaxy S9+ has an extra 2GB of RAM over the Galaxy S9. This should translate to faster performance in benchmarks, and improved multitasking functionality, but in reality you’re unlikely to notice a huge difference: either model is probably going to be the fastest phone you’ve ever seen.

We’ve saved it until last, but the camera is the key difference between Galaxy S9 and Galaxy S9+. Whereas the Galaxy S9 has an enhanced 12Mp ‘Super Speed Dual Pixel’ single-lens camera over its predecessor, the Galaxy S9+ also has this and adds a secondary telephoto lens, with both supporting optical image stabilisation.

The second camera is a 12Mp telephoto lens with a 1/3.4in sensor and 1.0um pixels. It allows the Galaxy S9+ to build on the 8x digital zoom of the standard model with 10x digital zoom and 2x optical zoom, and adds support for Live Focus with bokeh filters.

The primary 12Mp cameras that feature on both models have 1/2.55in sensors and 1.4um pixels, and each supports the new Dual Aperture f/1.5-f/2.4 capabilities (this is nothing to do with the second lens).