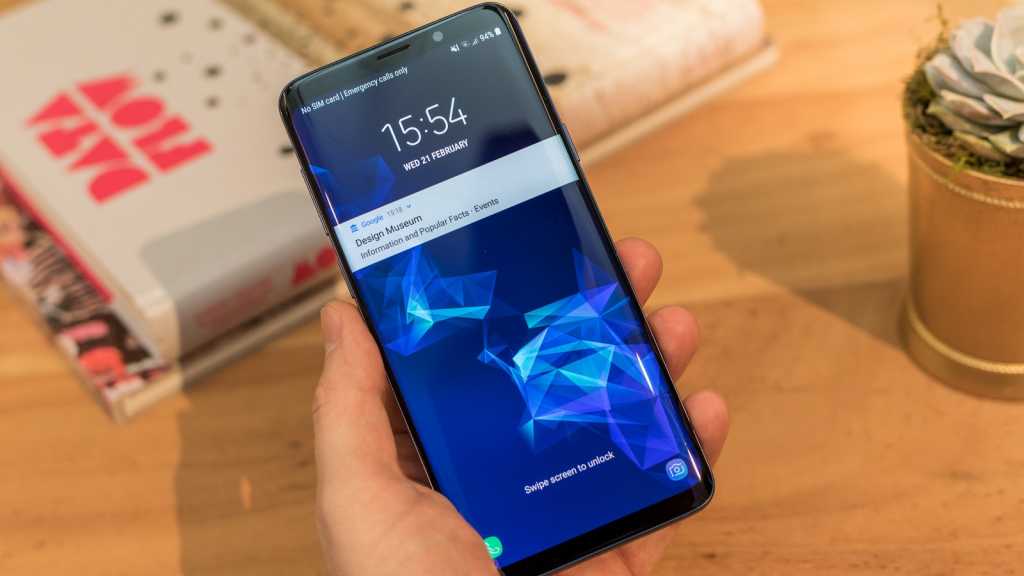 Nokia is definitely back on top form with its latest offering, and the 8 Sirocco has much that makes it a tempting device. The modern design, dual-cameras and pure Android software are a potent combination, and it’s cheaper. It’s a tough ask to take on Samsung at the moment though, and the Galaxy S9 will surely be in the mix for smartphone of the year. Its elegant frame, premium components, and attention to the little things (microSD slot and headphone jack) make it the one we’d choose.

Two of the most anticipated smartphone releases of 2018 have now arrived in the form of the Samsung Galaxy S9 and the Nokia 8 Sirocco. So, how do these premium phones stack up against each other, and which one should you pick when upgrade time comes around?

As you would expect from devices at the top of the tree, neither of these handsets are cheap. Samsung has actually increased the price: the S9 costs £739, a rise of £50 over the launch price of last year’s S8.

For more details on how those two phones differ, take a look at our Samsung S9 vs Samsung S8 review.

The Nokia 8 Sirocco costs less, now available from  all major UK retailers at £649. Those who order from  Nokia.com before 14 June will also get a free Google Home Mini.

Samsung has stuck pretty much to the design of the S8 with its new release. This is no bad thing, as that remains one of the best-looking smartphones we’ve ever seen. The only real difference on the front is marginally smaller top and bottom bezels.

One adjustment most people will welcome though is the repositioning of the fingerprint sensor on the back. This now sits beneath the camera rather than next to it as it was on the S8, making it easier to reach and lessening the chance of putting grubby fingers all over the lens cover.

Other than that, it’s the slim, beautiful mixture of a 5.8in display with curved edges, surrounded by a metal chassis and glass back. And yes, the 3.5mm headphone jack has survived once more! Hooray!

Nokia seems to have been paying close attention to what Samsung’s designers were doing, as its 8 Sirocco adopts are very similar approach. The display has curved edges, just like the S9, albeit with a smaller 5.5in panel. Vacuum-moulded Gorilla Glass 5 is also the material of choice for the rear of the device, with a stainless-steel frame holding it all together.

The Nokia 8 Sirocco is slightly slimmer than the S9, at 7.5mm compared to 8.5mm, but this svelte chassis means there’s no room for a headphone jack, which we think is a shame. It is also shorter and slightly wider than the Galaxy, as Nokia has gone for a traditional 16:9 display ratio, whereas Samsung continues with its taller 18.5:9 variant.

Both are handsome devices which feel as premium as they cost.

The Samsung Galaxy S9 has the new Exynos 8910 Octa-core processor in Europe and is one of the first handsets to use the new Qualcomm Snapdragon 845 processor in the US and China. With 4GB of RAM we fully expect the S9 to be a very fast phone.

As has become the norm, there’s only one storage option available – 64GB – but this is augmented by a microSD card slot that can expand the space by up to 400GB. So far, so similar to Sony’s Xperia XZ2…

Samsung has beefed up the audio capabilities on the S9, which now features stereo speakers. It’s not in the traditional method of twin units sittings next to each other at the bottom of the device, instead the earpiece above the display joins the edge-mounted speaker to create the wider sonic landscape, just like recent iPhones.

It might seem a bit of an odd route, but so far we’ve been impressed with the results, especially as Samsung has also added Dolby Atmos to the fray.

An IP68 rating means that the S9 is dust and waterproof, so it should survive any accidental quick dips without inducing heart attacks in its owner.

Nokia lags a little behind in the processor stakes, opting to fit last year’s octa-core Snapdragon 835 rather than go with the newer chip. This isn’t a disaster though, and 6GB of RAM should keep things nippy. Storage is more generous at 128GB, but with no microSD slot on offer you’ll need to decide whether this is enough for your needs.

There are some interesting sonic features on the 8 Sirocco worth mentioning, as the inclusion of three mics means that you can capture 24-bit resolution audio, supposedly distortion-free, up to 132dB.

Again, connectivity is well catered for, with the Nokia sporting dual-band ‘ac Wi-Fi, Bluetooth 5.0, NFC, and GPS capabilities. USB-C is the solitary port of choice, and the 8 Sirocco supports fast charging, and wireless charging.

Just like the S9 there’s also a rear-mounted fingerprint sensor, but once more the specs dip just below that of the Samsung as the Sirocco only has an IP67 rating, meaning that it is marginally more susceptible to water than its rival.

Here’s a detailed breakdown of the technical specifications of both devices.

Galaxy S models are renowned for their screens, and the S9 certainly continues this tradition. The 5.8in Quad HD+ Super AMOLED Infinity Display has a 2960×1440 resolution, with the curved edges and tall 18.5:9 ratio panel making it seem massive while remaining very easy to use, even with one hand.

The Nokia has a 5.5in 2K Quad HD pOLED offering similar excellent colours and performance. The classic 16:9 ratio and smaller overall size might also prove more comfortable for some users who struggle with the taller 18:9 devices that have become popular in the last year or so.

A high-quality camera is an essential feature of any flagship phone, so it’s good to see that both manufacturers have paid attention to this area. The Nokia features a dual-camera combination of a 12Mp unit with large 1.4um pixels and a f/1.75 aperture, joined by a 13Mp telephoto lens featuring an f/2.6 aperture.

Samsung opts for a single 12mp, 1.4um pixel shooter with OIS. The cool part of this new configuration is an adjustable aperture that can range from f/2.4 to f/1.5 depending on how much light is available. Typically, phones have a fixed aperture lens.

In terms of selfie cameras, the Nokia has a 5Mp offering, while the Samsung bests that again by fitting an 8Mp unit.

That said, never judge a camera on its specs alone. The proof is most definitely in the pudding, or photos of puddings that you post on Instagram. We’ll know more about these innovative snappers once we’ve used them in the real world and not in dimly lit demo areas.

In the past, Samsung has been guilty of loading some pretty ugly and bloated software on top of the Android operating system. This has been steadily improving though, and recent iterations of its TouchWiz overlay have seen a much-refined experience emerge.

The S9 comes with Android 8.0 Oreo as standard, and while it still bears a Samsung flavour, for the most part it seems uncluttered in its approach.

Nokia on the other hand employs the Android One standard, which means you’re getting a version of Oreo that is untouched and pure. For us, this is definitely the best way to experience Google’s OS, and is a firm plus in the features column.