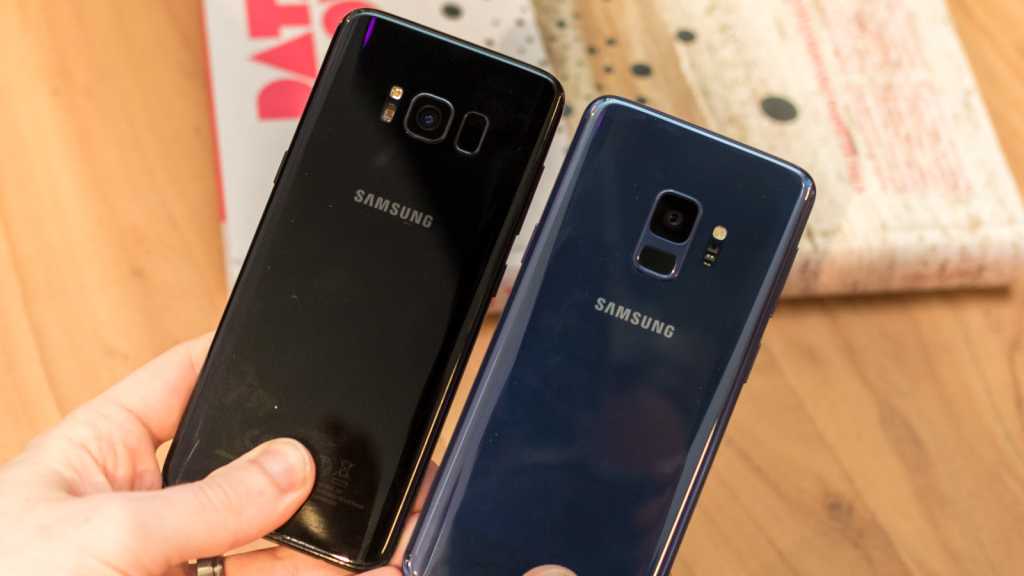 The Galaxy S9 is a welcome upgrade over the Galaxy S7, but there’s nothing here that would make us rush out to upgrade from a Galaxy S8. The camera has been improved and there are new speakers, and there will be some enhancements to performance and battery life with a new processor, but the design is largely the same and the price significantly higher.

Yesterday Samsung unveiled its Galaxy S9 (and Galaxy S9+), but we can’t help thinking it looks a lot like the Galaxy S8. So what is the difference between Galaxy S8 and Galaxy S9?

Through rumours and leaks ahead of the event, we weren’t anticipating the Galaxy S9 to be a huge upgrade over the Galaxy S8, but there were some surprises during the launch. That’s good, since it goes some way to explain the price hike over last year’s flagship.

The new Galaxy S9 and S9 Plus look significantly more expensive in comparison, available to  pre-order today from £739/$719.99 and £869/$839.99 respectively. The phones are on sale now, and we should see the price quickly drop within the next few months if history is anything to go by.

What’s the difference between Galaxy S8 and Galaxy S9?

The primary camera inside the Galaxy S9 has been ‘reimagined’, according to Samsung. It says it is its most advanced camera ever thanks to its Dual Aperture low-light capabilities (even on the standard model), Super Slow-mo video (up to 960fps), automatic motion detection and personalised AR Emoji. Bixby support provides information on screen that can describe the user’s surroundings, translate foreign languages and more.

The new Super Speed Dual Pixel sensor with dedicated processing power and memory can combine up to 12 frames into one shot, whereas the Galaxy S8 could combine only three. There is up to 30 percent less noise as a result.

The setup is slightly different for Galaxy S9 and Galaxy S9+, since the Plus model is the first in Samsung’s S-series line-up to include a dual-camera. In common with the dual-camera on the Note 8, both lens support OIS.

Although the standard Galaxy S9 still has only one 12Mp camera, the adjustable aperture that can go down to f/1.5 – the best of any phone on the market. Samsung was already the leader at f/1.7, but now the phone lets in 28 percent more light.

The bezels have been slimmed down slightly above and below the screen, but the ‘Infinity Display’ screens are still set at 5.8- and 6.2in respectively. As before these are Quad-HD+ 18.5:9 Super AMOLED panels.

This means the Galaxy S9 is a fraction shorter than the Galaxy S8, though it is a little bit thicker and heavier. We can’t win them all.

Performance has had an upgrade in the Galaxy S9, with the new phones now featuring the Qualcomm Snapdragon 845 or Exynos 9810 (depending on territory). These chips promise more raw power and improved efficiency over anything before them, but we’ll wait until we get them into our lab to comment further.

The microSD support on each model in the S9 family can now accommodate cards up to 400GB.

We’re pleased to see the Samsung Galaxy S9 retains the 3.5mm headphone jack, but even more so that Samsung has upgraded the speakers. Whereas we previously saw a downward-firing speaker on the Galaxy S8 there are now stereo speakers top and bottom.

What else is new?

There’s a new Lilac Purple colour option available in addition to the Midnight Black and Coral Blue colours we know from the S8 range.

What is the same?

Pretty much everything else, including the 3000- and 3500mAh batteries that support fast wireless charging, IP68 waterproofing, fingerprint scanners (though in a new position below the rear camera), iris scanners, heart-rate scanners and more.