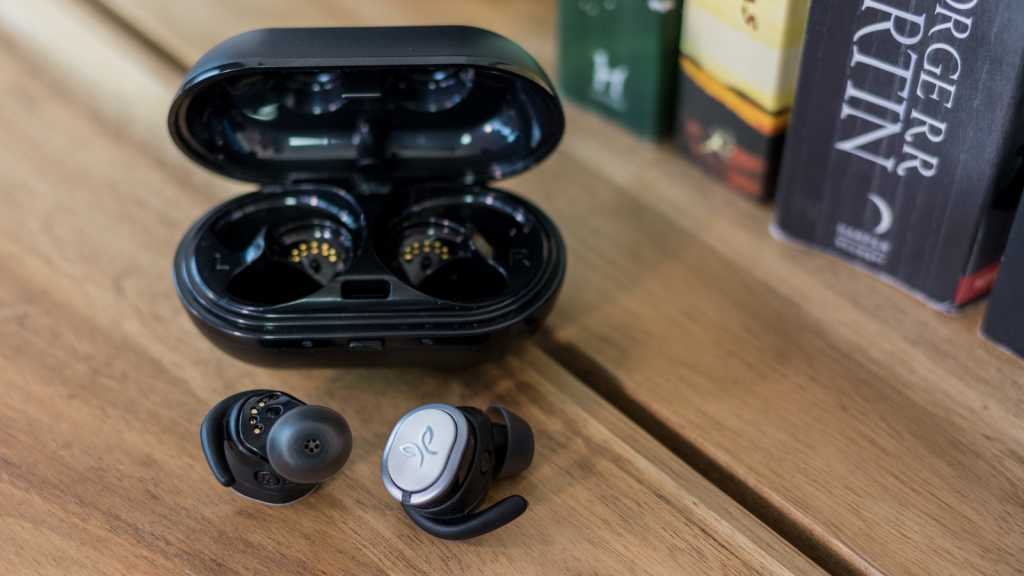 The Jaybird Run headphones offer solid audio and simple, user-friendly controls – which is great when they actually work. Unfortunately, intermittent connection issues and charging case problems mar the experience, making them hard to recommend over similarly specced alternatives from other manufacturers.

Ever since Apple unveiled the AirPods in 2017, just about every audio company has been in a rush to release its own take on the ‘true wireless’ in-ears, and the Run headphones are the first attempt from Jaybird.

As the name might give away, these have been designed with sports in mind, but can they keep up? Find out in our Jaybird Run review.

The Jaybird Run headphones are officially priced at £169.99/$179.99, which is fairly typical for true wireless in-ear headphones.

In terms of design, the JayBird Run are fairly close to the Jabra and Bose designs, with a bulky block that sits outside the ear – as opposed to the sleek design of the AirPods.

That means that the body of the headphones does just out from the ear a little bit – it’s not too bad, and these are definitely smaller than the Bose rivals, but you will need to be aware of them. Pulling a top off with the headphones still on tended to knock them out, and once I even managed to knock one onto the floor while going to adjust my glasses. 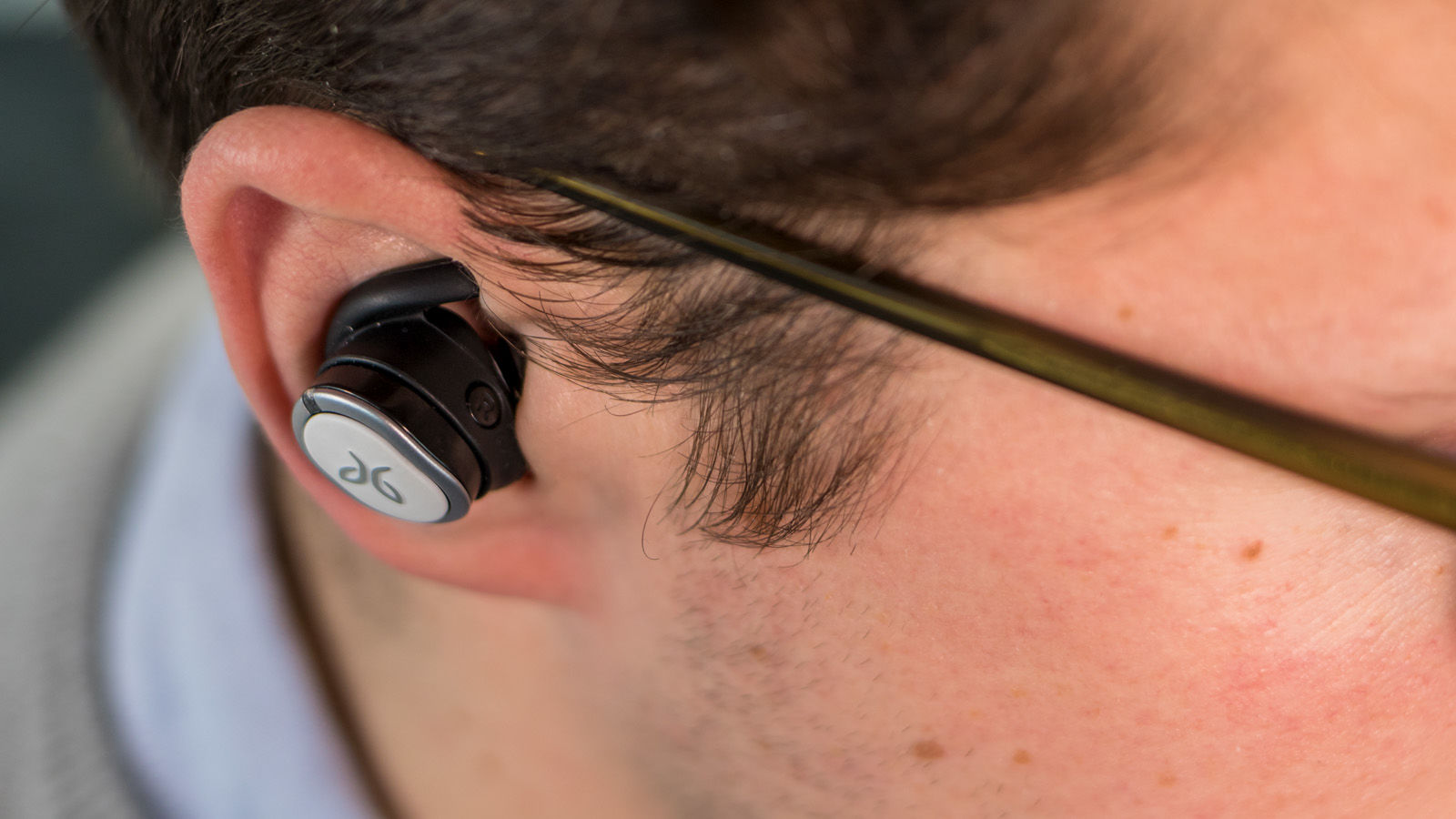 Still, if you avoid actually hitting the things they will do a good job of staying in, even while exercising. That’s thanks in part to a fin that fits into the upper ridge of the ear to hold the earphones in place. There are four different sizes of fin included so that you can find the right fit, along with four sizes of ear tip – two round, and two oval.

As they’re designed for sport, Jaybird claims that the Run headphones are “sweat-proof and water resistant,” but the company has published any official IP rating, so it’s hard to know just how durable they are – a definite downside when you consider that Bose and Jabra offer IPX4 and IP67 ratings respectively, guaranteeing solid water resistance.

As you’d expect, the headphones also come with a carry case that doubles as a portable charger, and is itself charged by Micro-USB. The oval design makes this feel a little bulkier than some rivals, but it’s still fairly portable – we’ll discuss battery life and charging properly below. 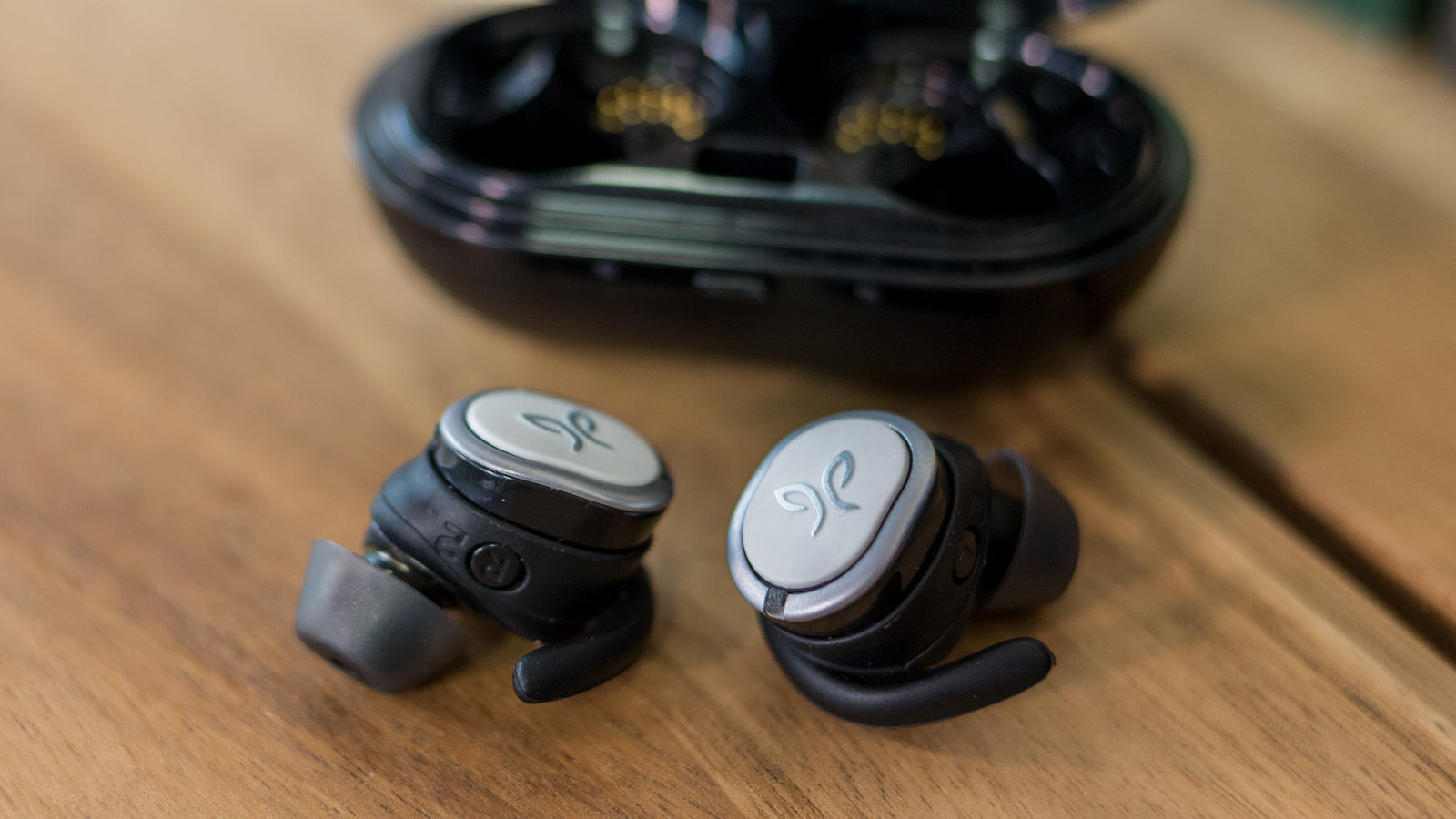 Finally, in terms of controls Jaybird has kept things very simple. There’s a single large button on each headphone, guaranteeing that you won’t be stuck fiddling around trying to find the right tiny button hidden on the side of your ear.

On the left headphone, a single press of the button activates either Siri or the Google Assistant by default. A single press on the right serves as play/pause and accept/end call, while a double press skips a song or declines a call – though you can customise these. You long press to turn the headphones on and off.

This single button is also the only colour variation on the Run. You get a choice between Jet (black) and Drift (white), but everything is identical – including the carry case – except the button.

We’ve got almost exclusively good things to say about the design and build of the Jaybird Run – which is why it’s so frustrating that we can’t be so positive about their actual performance.

Let’s start with connection – a pretty crucial element for Bluetooth headphones. It took multiple attempts to persuade the headphones to pair with a phone for the first time, as it kept insisting on only pairing the right headphone, leaving the left one silent.

Even after getting it to work, we occasionally found that the left headphone would drop out entirely, and couldn’t be re-paired – even after a reset – without first returning both headphones to the case and removing them again. 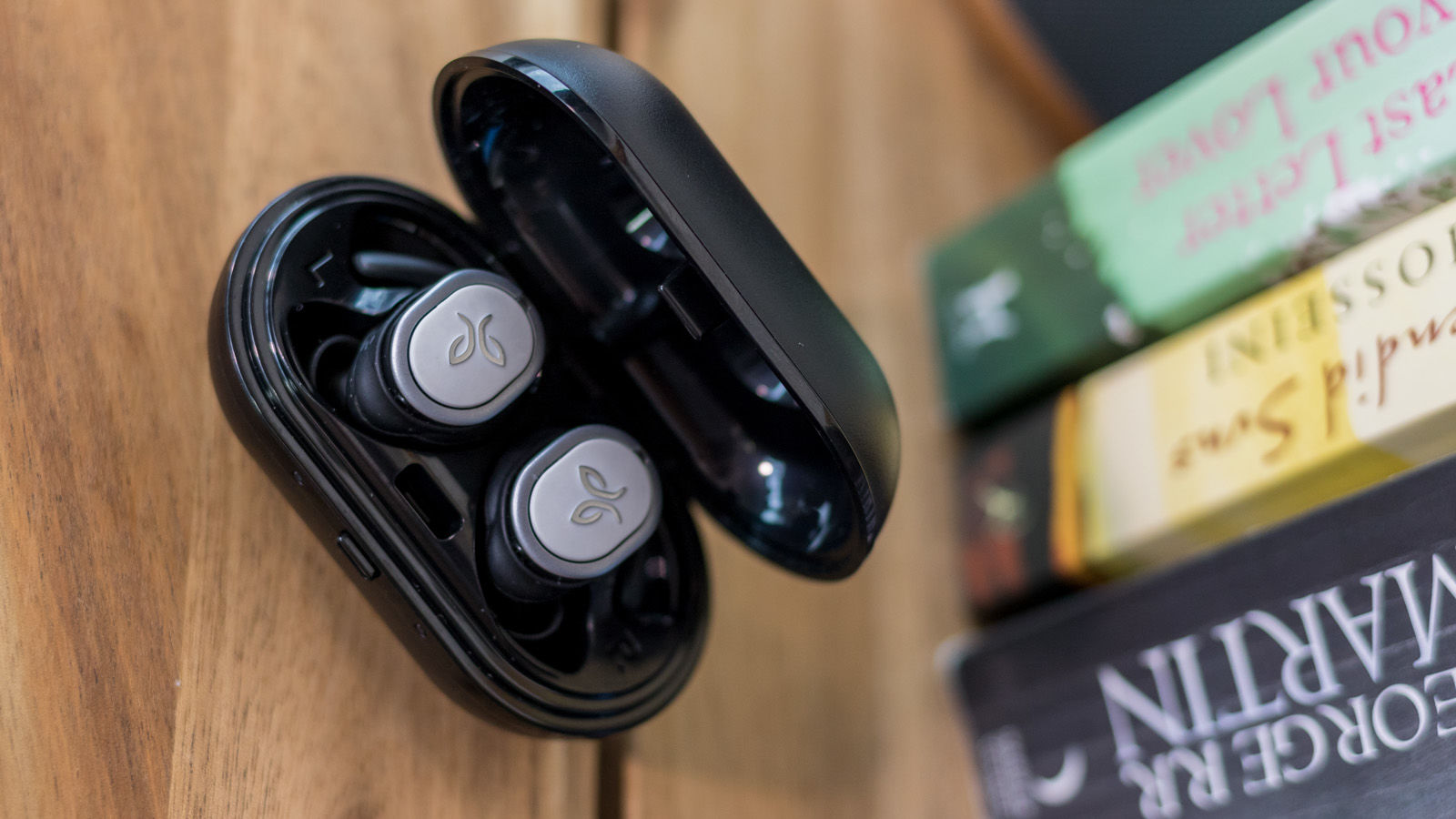 When both headphones would pair and work properly, the sound is decent enough. If you pick the right ear tips you can create a decent noise isolating seal, ideal for working out in a noisy gym, so you won’t have to crank up the volume to hear your music.

As for sound quality, the 6mm driver delivers mids that are crisp and bright, with solid, punchy bass – though the high end can come across a little weedy. This isn’t industry-leading sound quality, but it’s impressive for the size, and there really isn’t too much to complain about here.

There’s also the free Jaybird app, available for both iOS and Android, which lets you tweak the EQ profile using a variety of presets or your own custom settings, which may help you get even more out of the audio.

We’re back into murkier territory when it comes to the battery though. Jaybird promises four hours of playtime with another two full charges in the case, which is pretty similar to its rivals, and we found that the Run did deliver on that promise – when they would charge.

Frustratingly, the connectors in our sample seemed to be slightly mispositioned, meaning that the right headphone wouldn’t reliably connect to the case. That meant not only that it wouldn’t charge, but it also wouldn’t switch off when put into the case or switch on when taken out, as it’s supposed to. 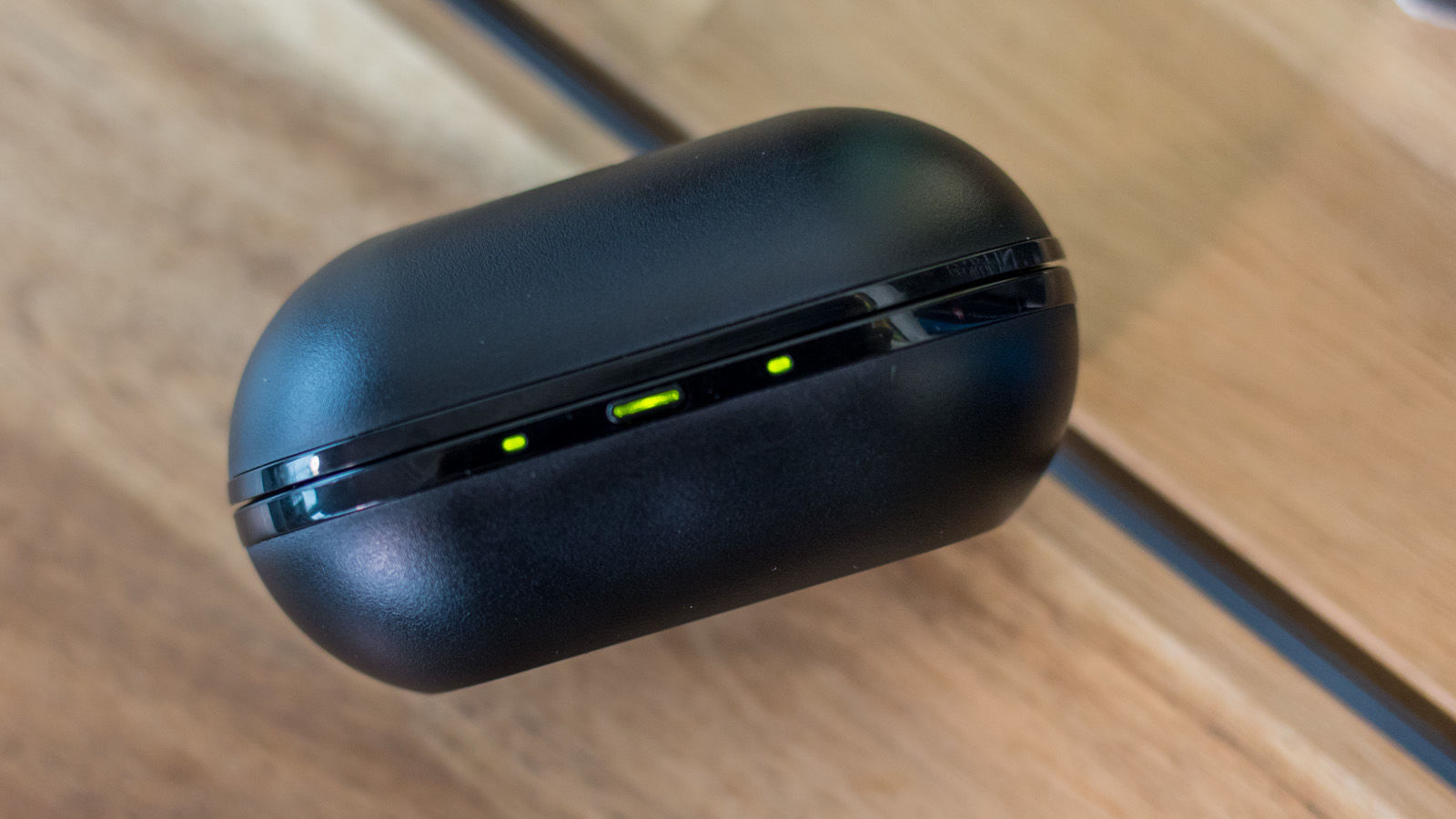 There are lights on the exterior of the case to indicate if the headphones are charging, which makes it easy to spot when this happens, but it quickly gets very frustrating opening and re-opening the case to adjust the positioning of one headphone to try and get it to start charging.

When they do connect properly, they at least charge quickly – around two hours total, and you can get as much as an hour of playtime from just five minutes in the case.

As a final note, it’s worth noting that despite the fitness focus, there are no activity tracking or heart rate monitoring features as in the Jabra Elite Sport – these are purely for playing music.