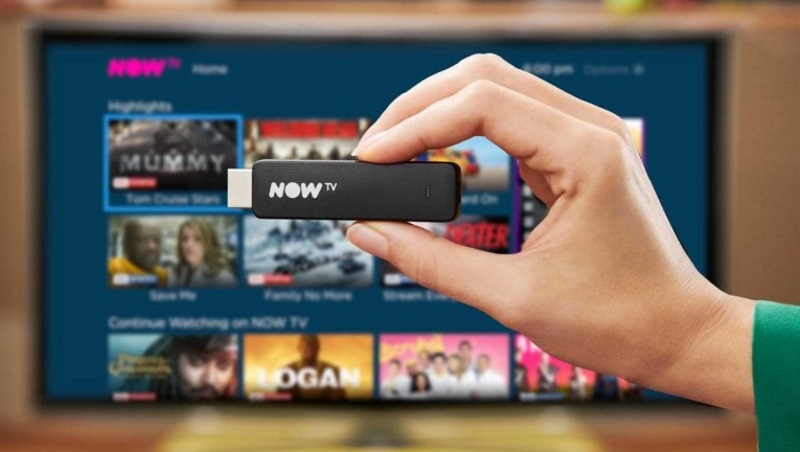 If you’re looking to access cheap Sky content, Now TV is a highly recommended service. The Now TV Smart Stick is merely a useful tool for then making that content accessible on non-smart TVs. It’s easy to set up and use, with a user-friendly software interface. A low price tag doesn’t hurt, either.

Now TV is the cheapest way to legally access your favourite Sky programmes in the UK, and the various packages available can also open up a plethora of movies, TV box sets, kids’ programming and sports channels.

Available now, the Now TV Smart Stick costs £14.99 on its own, but is also available bundled with the company’s Cinema, Entertainment, or Kids passes for £19.99, or with a Sports package for £29.99.

Those bundles have gotten even better in Now TV’s Black Friday sale, which runs until 29 November. You could get the Stick with 2 months of Entertainment for £14.99 or Sky Cinema for £16.99. Commit to a full year, and it’ll set you back £52 for Entertainment or £62 for Sky Cinema – both of which would normally cost over £100.

Even without a subscription the Now TV Smart Stick adds the ability to watch various catch-up services and YouTube to a ‘dumb’ TV. And a recent update allows you to enjoy Netflix via the Stick, too.

If you subscribe to both services, the Smart Stick is now a cheaper option for accessing Netflix than any other media-streaming box or stick in the UK.

Do I need a Now TV Smart Stick?

If your TV is a smart device and supports the installation of apps, and you can find NowTV in its app store, then you don’t need the Smart Stick.

You can also watch Now TV in a PC or laptop browser, or using a mobile app on your phone or tablet.

But if you can’t get the Now TV app on your television, you won’t be able to cast it from a phone or tablet and therefore need a device such as this in order to watch cheap Sky on the big screen.

The Smart Stick also comes with a handy remote, which makes accessing the content feel as natural as it would if you had a Sky box.

What’s the difference between Sky and Now TV?

Sky is the ultimate resource for telly addicts, but it can be expensive. Right now new customers can sign up from £20, but it will cost £25 per month after an initial welcome period and there are setup fees to pay.

The costs will soar as you add on extras to build the package you want – for example boxsets cost an additional fiver, Sky Cinema is a tenner, Sky Sports is a score and Sky Kids another fiver.

And even if you can afford Sky right now, you should know that you’ll be tied in for an 18-month minimum contract.

Now TV, by comparison, is a much cheaper way to access Sky content without being tied into a contract. The cheapest package is just £7.99 per month (we’ll outline the various options below), and you can cancel at any time.

While you don’t get as many channels with Now TV as you would with Sky, you do get the ones you’re most likely to want to watch. Walking Dead fans will find Fox UK, and there’s Sky Atlantic for GoT geeks. Add to that Sky One, Discovery Channel, UK Gold, Nat Geo Wild and more, and there’s sure to be something you’ll like.

A caveat with Now TV is that streams are for now limited to 720p (HD), though the Now TV Smart Stick itself can handle 1080p. This means it is ready for the service’s transition to 1080p, expected later this year.

Unless you’re used to watching 4K content or you have a very large TV then you’re unlikely to be overly fazed, however: we use ours with a 100in projector screen, and it’s certainly watchable if not the ultimate quality.

What Now TV package should I buy?

There are five Now TV packages (known as passes), and you can buy the Smart Stick bundled together with an introductory pass for any of them except Hayu.

Now TV Cinema is £9.99 per month, and includes more than 1,000 movies that include a dedicated Disney section. If you prefer Netflix, that app is also being added to the Smart Stick in the UK and Ireland.

Now TV Hayu is a partnership with the reality TV streaming service, which gives you access to the biggest US reality shows like Keeping up with the Kardashians or the various Real Housewives shows. It costs just £3.99 per month.

Now TV Kids is the cheapest package at £2.99 per month. You’ll get thousands of episodes of on-demand children’s programming, with no ads.

Now TV’s Sky Sports passes work a little differently, and rather than a monthly pass you can buy daily (£7.99) or weekly (£12.99) passes if there’s a particular sports event you’re interested in. If you watch Sky Sports all the time, a monthly pass is £33.99.

You can sign up to any or all of these passes, then cancel them at any point. Once subscribed you can access your subscription on up to four devices.

How does the Now TV Smart Stick work?

The Now TV Smart Stick works exactly like a Chromecast, Roku or other streaming stick. It takes the form of an HDMI dongle, which you plug into a spare port on your TV.

The Smart Stick is powered by USB, and if you don’t have a free USB port on your TV then a wall adaptor is supplied in the box.

Do note that the Micro-USB input is slightly awkwardly placed on the end of the stick, which means if your TV is mounted close to the wall you could have space issues.

That said, its stick form means it is out the way unlike the always-on-display Now TV Smart Box.

When it’s plugged in and powered on, you switch to your TV’s HDMI channel, connect to the internet and log into your Now TV account. There’s no ethernet connection so you’ll want to use it somewhere with a decent Wi-Fi signal for uninterrupted video streaming.

Use the bundled remote to navigate its interface: you’ll be able to see content from all five Now TV packages, but can watch only those to which you are subscribed.

Now TV Smart Stick in use

The Smart Stick is a useful tool for making older TVs smart. Not only does it allow you to access Now TV content, but you can also download apps for various catch-up TV and on-demand services, as well as the likes of YouTube and Netflix (the latter requires its own subscription, of course).

You won’t be able to install Amazon Prime, however, so if this is what you want you’re better off purchasing a Roku Streaming Stick and downloading the Now TV app on to that.

Roku actually makes the hardware for Now TV, so it’s unsurprisingly familiar-looking. The software interface is also unmistakably Roku. It’s stripped-down, and supports fewer apps, but there is a new TV Guide section that lets you see what’s on now and next for the channels to which you subscribe.

The remote control lets you pause, rewind and fast-forward on-demand content, adjust the volume, navigate the interface and get quick access to My TV (an area within the Now TV interface that lets you quickly find favourited programmes), the TV Guide, Sky Kids and the Sky Store.

There’s also a button to activate voice search, which is clever enough to find content by who’s in it or who directed it as well as the title of that content itself. It can also launch other apps on the Now TV Smart Stick, though it has no obvious functionality within those apps beyond this.

The Smart Stick from Now TV offers better value than any other TV and movie streaming stick or box. Plugged into a spare HDMI port it makes any old TV smart, and allows you to enjoy Sky programming at a fraction of the cost. Netflix is supported now too, and just about the only thing this neat little gadget can’t stream is Amazon Prime.