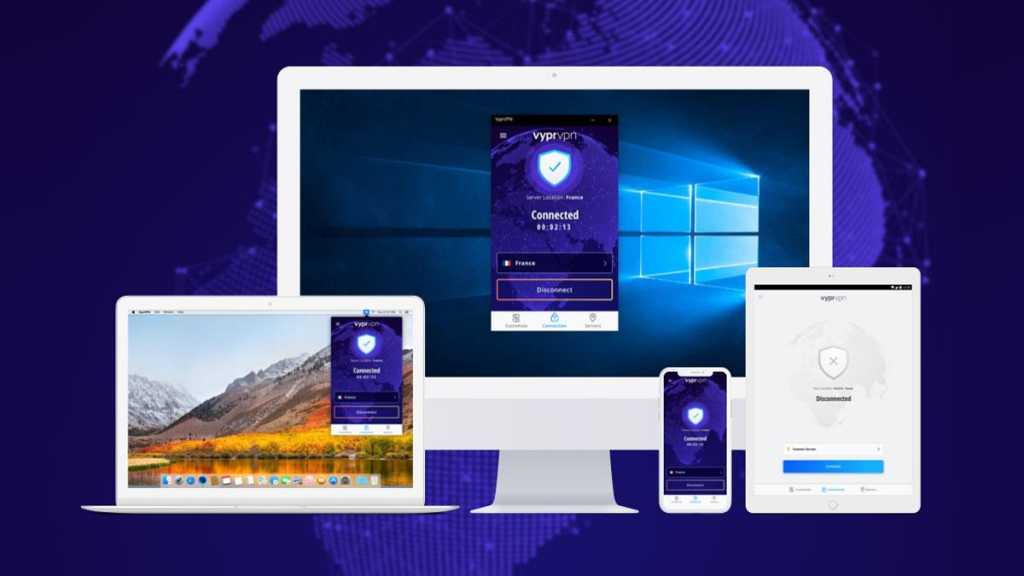 VyprVPN is a great VPN service overall and should appeal to those wanting real privacy online. It’s also good for unblocking streaming services and the updates apps – especially on Android – are great.

VyprVPN is one of the longest running VPN services around. It supports loads of devices and operating systems and says it is committed to the protection and privacy of its users. It used to keep connection logs for 30 days, and we rightly criticised it for that in the past, but now it has a zero-log policy in common with many of its rivals. Better still, it allowed auditors to check that it stuck to that policy.

And unlike many rivals, VyprVPN owns and operates all its servers rather than renting them from hosting companies, which means it has full control over them and it says this protects your privacy further.

It has over 700 servers in 64 countries and multiple locations in the US and Australia to choose between, giving a total of 73 locations currently.

That’s a very good start, but how much does VyprVPN cost? The company used to offer basic and premium tiers, but scrapped that and now has a single tier like most of its rivals.

Regardless of which duration you go for,  the account allows 5 connections and includes the use of Vypr’s proprietary Chameleon protocol which is designed specifically to avoid detection by certain governments, and which makes it a more compelling choice for those travelling to China, Russia, Turkey, Iran and other middle-eastern countries.

If there’s one problem, it’s that there’s no way to pay anonymously. Billing is via credit cards, PayPal and Union Pay.

There used to be a three-day free trial, but again, this has been changed to a 30-day money-back guarantee, which is what most other providers offer.

VyprVPN offers apps for the main four: Windows, Android, iOS and macOS, but it also offers apps for Android TV, Amazon Fire TV and software you can install onto compatible routers as well.

There are a few other unusual apps, including for QNAP NAS boxes, the Black Phone and Anonabox. Naturally, you can also set up a VPN connection manually on any device that supports it and the website offers tutorials showing how to get VyprVPN working with popular devices including Apple TV, Synology NAS and others.

In 2019 VyprVPN’s apps had a complete facelift. The current interface is much simpler and cleaner, and making it easier to choose and change servers. However, the loss of the speed graph, IP address and other details will no doubt be a disappointment to some existing users who liked seeing that information. Here’s the iPhone app:

Importantly, the settings menu has been decluttered and retains just the key stuff. Quality of life updates mean you can now change servers without first disconnecting, and it’s touches like these which make the apps more convenient to use. (We’d love to see an Android widget as you get with ExpressVPN, though.)

The iOS app doesn’t offer many features compared to the Android one (below), partly because of Apple’s restrictions. But if you’re an Android user, you get the extra benefits of a kill switch, split-tunneling (picking which apps use the VPN and which don’t), and the ability to choose OpenVPN or the Chameleon protocols – none of which you can do on an iPhone or iPad.

Note that most of those features aren’t enabled by default.

What you can do with both is to enable public Wi-Fi protection, so VyprVPN will automatically connect when your phone connects to an untrusted Wi-Fi network. This saves you having to remember to connect, and you don’t have to launch the app.

It’s crucial that using a VPN doesn’t slow down your connection. And although performance varies at different times of the day and depends on your location and the server you’re connecting to, we found that VyprVPN offered very good speeds across the board and very reliable connections.

Only once, when first connecting to the ‘fastest server’ in the Windows app did we see truly awful speeds (the UK server gave us a pitiful 3Mb/sec) but disconnecting and reconnecting a few minutes later solved that and we saw the kind of speeds we were expecting, around 60-70Mb/sec.

You may be better off picking a server manually, as ‘fastest’ appears to be the server with the lowest ping time (a measure of responsiveness in milliseconds which is displayed in the apps), and doesn’t necessarily offer the fastest transfer speeds.

It’s easy to mark a server as a favourite to save scrolling through the list, too.

Unblocking video streaming services is a priority for a lot of people, so it’s good news that VyprVPN allowed us to watch US Netflix and BBC iPlayer shows outside of the regions they are meant to be available.

When testing for IP and DNS leaks we found VyprVPN was watertight: its stash of 200,000+ IP addresses meant our virtual location was always in the country promised. The company also runs its own DNS servers which don’t log anything. This is preferable to using Google’s DNS, for example, which do log connections. But, VyprVPN does let you use a third-party DNS if you want to.

If you’re considering VyprVPN because of its Chameleon protocol, then check out the company’s  service status page. Some recent entries acknowledge problems connecting from China, although that’s only from the iOS app.

However, in January 2020, Vypr launched Chameleon 2.0 which does a better job of defeating aggressive VPN blocking. Don’t take this to mean a guarantee of unblocking websites from inside China, and note that it isn’t supported on iPhones and iPads.

Many recent issues involve the inability to unblock streaming services, but that is likely to be fixed by the time you read this.

We’ve already mentioned the zero-logs policy, but it’s also good to know that the company which owns VyprVPN, Golden Frog GmbH, is based in Switzerland and operates outside the “14-eyes” group of countries. That’s extra good news for privacy.

There’s 24/7 support available, either via a ticketed system or – usefully – live chat. We also like the fact that as you fill out subject line of the form, you’ll be directed to relevant articles in the knowledge base which could well answer your question.

VyprVPN is a great VPN service overall. It should appeal to those wanting real privacy online and we found performance generally very impressive – especially in the UK and US.

It unblocks Netflix and iPlayer and has apps for all key devices (and we like the new app design too).

There’s not much to dislike, other than the absence of browser extensions and the lack of an anonymous payment method.

It’s good that you no longer have to pay extra for the premium tier to get the Chameleon protocol, too.