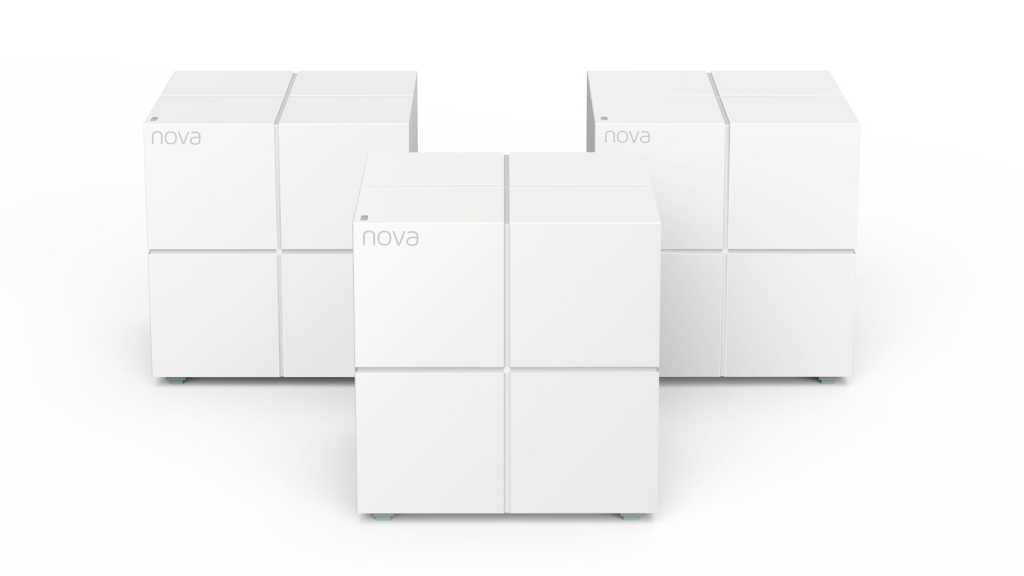 Hard-core gamers who need the fastest possible Wi-Fi performance might prefer to pay for a more expensive tri-band router or tri-band mesh system, while more experienced users may want to opt for a system that provides a more configurable web browser interface. However, the simple set-up of the Nova MW6 is ideal for less experienced home users, and it’s an affordable option for homes that simply need a more reliable Wi-Fi signal than they currently get from their existing, standalone router.

Tenda isn’t a well-known name here in the UK, and its new Nova MW6 mesh networking system might therefore struggle to compete with big-name rivals such as Google, Netgear and our own BT Whole Home Wi-Fi. It’s not the fastest or the most fully-featured mesh system we’ve come across, either. Even so, it still provides respectable speeds and good range and reliability, along with a competitive price that will appeal to many home users.

The neat cubic design and quick and easy set-up should also appeal to home users too. Just remember that, like most mesh systems, the Nova does not include a modem for Internet access, so you’ll still need to connect it to the existing modem or router that already provides your broadband connection.

The Nova MW6 is certainly one of the most affordable mesh networking systems we’ve come across, costing around £175/US$199 for a kit that includes three identical routers (that Tenda refers to as ‘mesh points’).

Buy the Tenda Nova MW6 from CCLonline. If you’re in the US, you can buy the Tenda kit from B&H.

The company claims that this three-piece system can cover homes up to 6,000sq.ft in size, which should be more than adequate for most homes.

It’s a shame, though, that Tenda doesn’t offer a two-router kit, as that would be more suitable – and even more affordable – for many smaller flats and apartments. That’s one advantage with BT Whole Home Wi-Fi, reviewed, as you can buy a two-pack for £149.99, and even single routers to build the system up when needed.

The white, cubic design of the routers is unusual and certainly looks a lot more attractive than many bulky, conventional routers. The three little cubes measure just 105mm on each side, so you can easily sit them on a shelf or window-ledge when placing them in different rooms throughout your home. And, as well as 802.11ac Wi-Fi networking, each mesh point has two Gigabit Ethernet ports for wired connections (although the first mesh point will need to use one of those ports to connect to your existing modem or router of course). 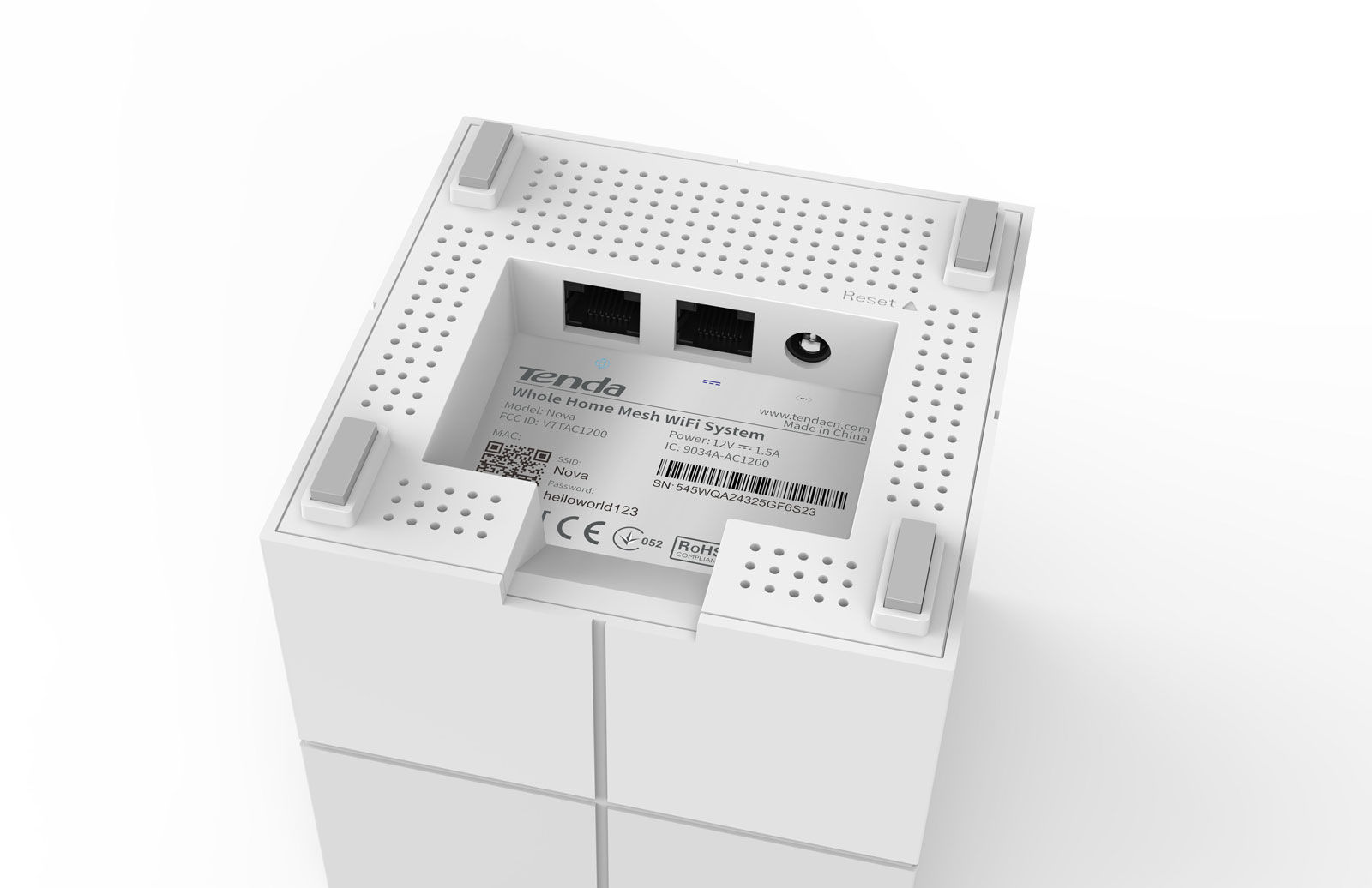 But, inevitably, the low-cost of the Nova does involve a few compromises. The white plastic casing of the routers has a rather cheap-and-cheerful feel to it. They don’t seem terribly sturdy either, so you might want to keep them out of the reach of young children who might think they look like over-sized Lego bricks.

However, like BT’s Whole Home Wi-Fi, the mesh points have dual-band Wi-Fi rather than tri-band. That’s where an extra – usually 5GHz – radio is added for the ‘backhaul’ traffic, which is the administration communication between mesh points. On dual-band systems, this communication must be done via one of the two bands that’s also used for transferring the internet connection and local traffic.

The theoretical maximum speed of just under 1.2Gbps – with 867Mbps on the 5GHz band and 300Mbps on 2.4GHz – and just two internal antennae means the Nova MW6 won’t be as fast as many of its more expensive tri-band rivals. There are no USB ports for sharing a printer or hard drive on the network, although that’s an acceptable omission at this price point.

Tenda does a good job of making the Nova easy to set up and use. The Tenda Wifi app is available for iOS and Android devices. You scan the QR code on the base of the first mesh point and the app will automatically switch your device over to the new Nova network, and connect the Nova to the Internet for you. 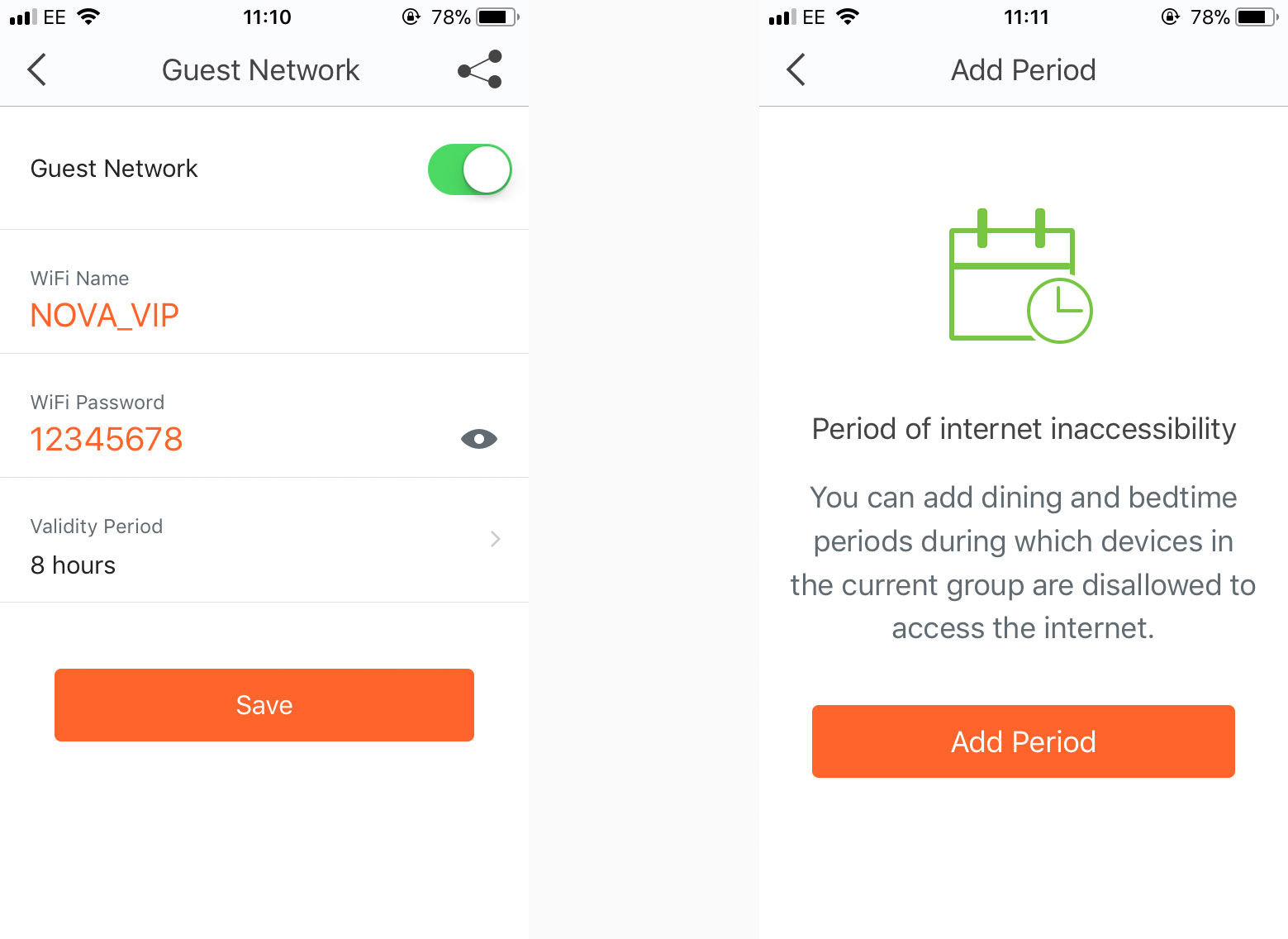 Setting up the second and third mesh points is equally straightforward, with an LED on each unit that changes colour to indicate the strength of the connection to help you place them properly. The app can then display all your mesh points and connected devices, and can monitor the speed of your Internet connection to make sure that everything is running smoothly.

There’s an option to set up a guest network, and parental controls that allow you to control and schedule Internet access for your kids and their devices. There’s even a ‘bridge’ option that allows devices – such as a NAS drive that may be physically connected to your existing router – to communicate with devices on the new Nova network.

The bad news here is that the app warns you that using bridge mode will disable other features, such as the guest network and parental controls – but at least it’s handy to have that option if you need it. Alternatively, you can connect wired devices directly to the ethernet ports on one of the mesh points instead of your old router. 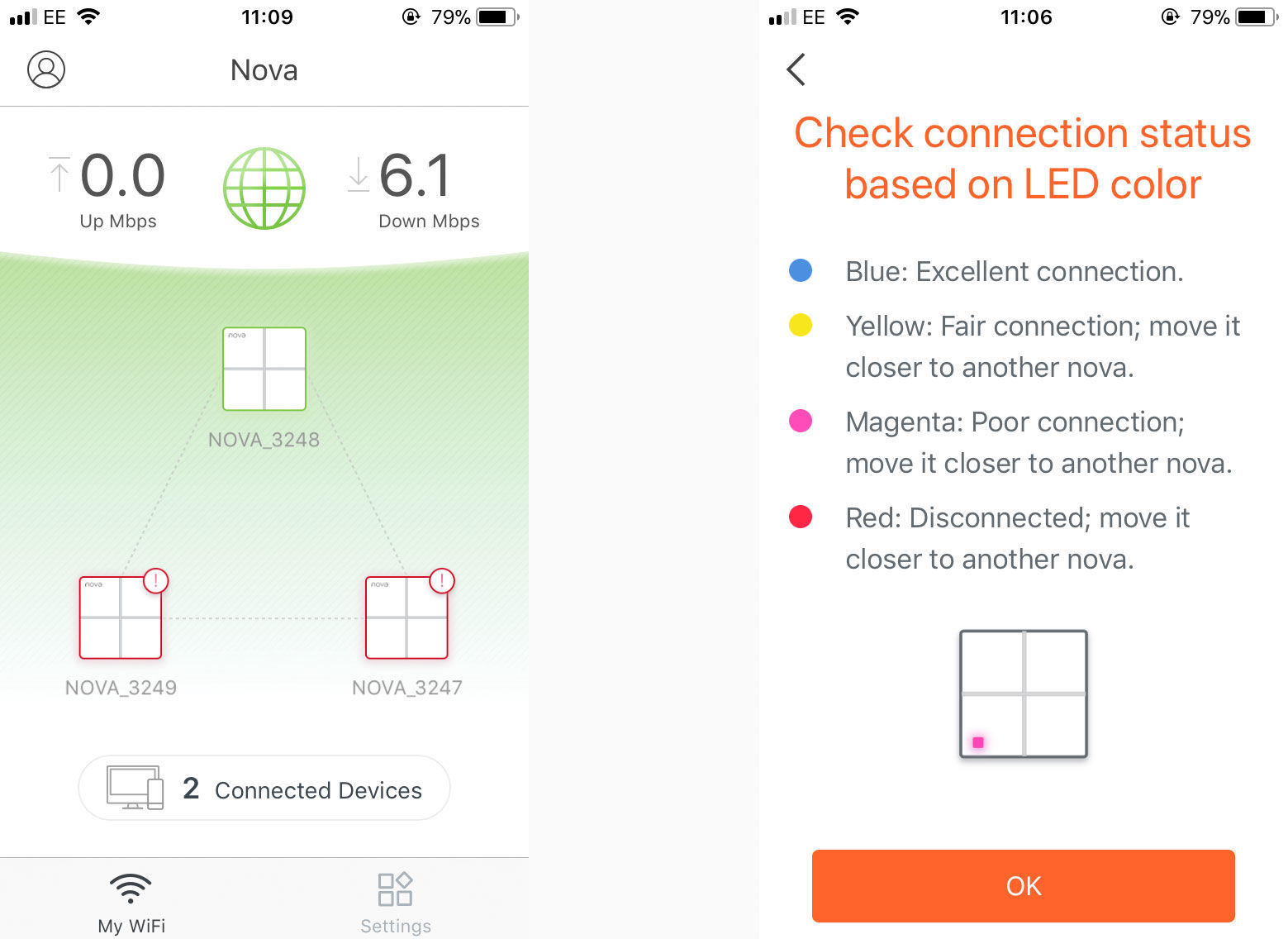 The speed of the Nova’s dual-band Wi-Fi is fairly modest when compared to high-end tri-band mesh systems, such as the Netgear Orbi RBK30, but that’s hardly surprising given the low price. And our tests do suggest that the Nova should still be more than adequate for most people who simply want to browse the web, or stream music and video.

With our mobile devices being used in the same room as the first mesh point, we recorded very respectable average speeds of around 420Mb/s.

The real challenge was for my desktop computer in an office at the back of the building, where the signal from an existing BT HomeHub is so weak that we normally rely on wired connections using powerline adapters.

The second Nova mesh point set up in that office was a little erratic, with some quite large fluctuations in performance, but the average speed still settled down at about 100Mbps, which was far better than our BT router.