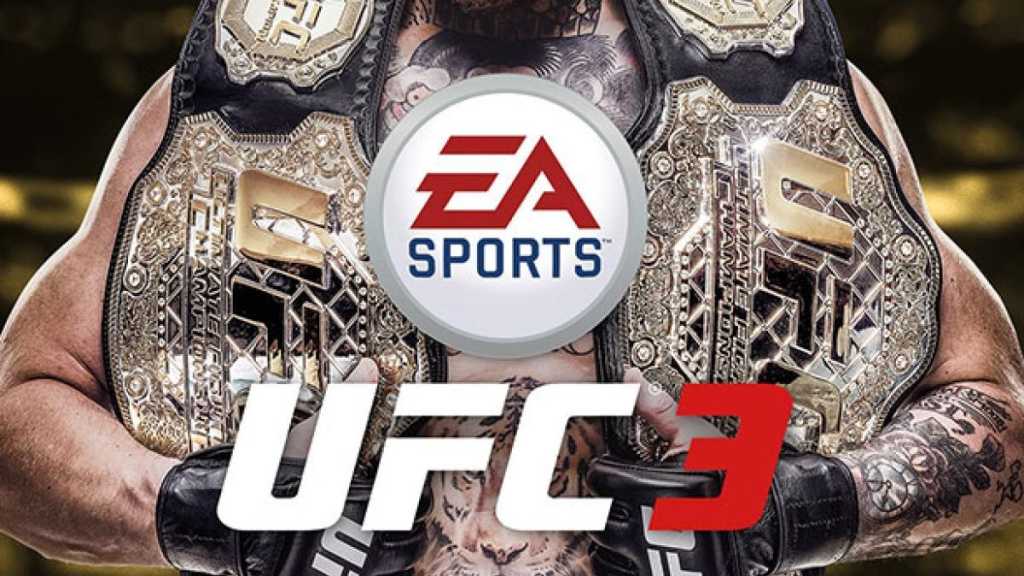 The game is a real step forward for the series, adding new elements and refining the already good combat system into something really quite special. There is something here for fans of fighting games, and UFC fans alike. It’s a shame that the designers and engineers who made the title, and did such an excellent job, have to live under the shadow of such a disgusting monetisation system that we’ve come to expect from EA. The worst part is that we’re not really surprised, either.

UFC 3 is the next instalment for the official game of the Ultimate Fighting Championship. It releases on the 2nd of February for the PlayStation 4 and Xbox One.

The game follows the first two official UFC titles which were solid attempts at emulating the UFC in a video game. Happily, this third title takes several steps forward with changes to the combat system, and a career mode that is much more fleshed out. However, EA can’t seem to pull themselves away from some fairly gross microtransactions which are sadly now a staple in EA Sports titles, and this can’t help but leave a bad taste in your mouth.

You are given a fantastic amount of control of your fighter. Being able to move your character’s head independently of their general movement allows for the faking and dodging of attacks. You can block or check attacks, while being able to throw a wide array of punching and kicking techniques that are specific to your fighter.

The combat system is fluid enough that is actually allows for different fighting styles, and rewards you for playing to their strengths and weaknesses. Strikers want to keep their opponents at arm’s length, to launch hard-hitting, precision attacks, while brawlers want to get up close and personal. Wrestlers will seek to bring you down to the ground, and overpower you with strength and technique, while submission experts will be looking for that choke or lock that will force a submission.

The fact that the game allows for these different styles and balances between them, makes for an outstanding fighting simulation experience – and I really have to take my hat off to the game designers at EA on this one. I’m the first to call them out when they do something questionable, but the combat system here really is a triumph.

The damage and stamina system help to pace the fight and slow the combat down to a more strategic speed. Take repeated damage to a body part, and it will steadily lose health. While this health will regenerate, the more damage that body part sustains, the less maximum health it keeps. So while you may be able to take a few punches in the face during the first few rounds, the more a fight goes on, the less it will take to bring you down.

The stamina works in a similar way, draining away as you attack and move and regenerating when you slow down. Using large amounts of it will reduce your maximum stamina though, so while being very aggressive may lead to an early knockout, if you waste your stamina you’ll be wide open for a counter attack.

All of these factors may appear confusing or overwhelming, but I actually found it all very intuitive and it didn’t take me long to get into the flow of attacking, defending, faking and blocking.

One of the most talked about features for this game is the career mode, which challenges you to pick your fighter and become the G.O.A.T. (Greatest of all time). Your selected fighter starts off as a novice, and moves through the ranks into the UFC. You manage everything from your pre-fight camp, through to your social media and fan following. You gain rivals which help boost the theatrics and hype around fights, to grow your reputation and paychecks.

While this is a good attempt, I do feel like this mode could use some more fleshing out – but regardless, it provides some nice context for your fights, and allows you to take your fighter on a journey while learning new attacks and traits.

Moving into the online mode, we see the return of Ultimate Team which allows you to pick four fighters and battle them against other people online. This also includes the standard EA loot box element where you have a random chance to get better versions of the same fighter, moves that do more damage and more generally outrageous upgrades that we’ve come to expect from EA’s aggressive monetisation systems.

After the Star Wars: Battlefront 2 fiasco, you would think they’d have dialled that back – but sadly this system has been in place for EA Sports games for years the fans must just be used to spending more money to be competitive online.