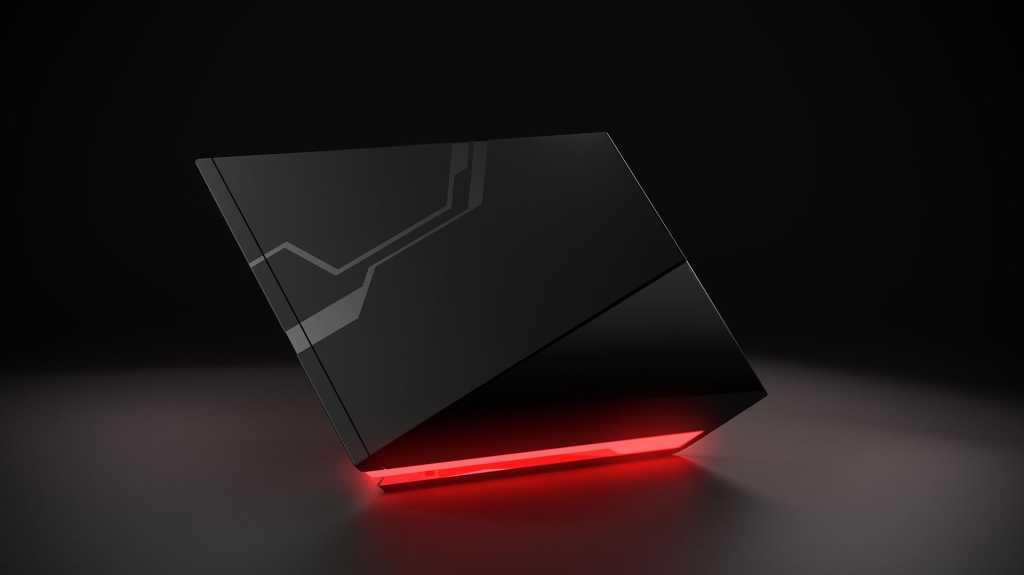 We haven’t been able to fully test Shadow yet, so we can’t give a final verdict. But so far, there’s a lot of promise, with low latency and silky smooth performance in our brief test. It’s expensive, but a drop in the bucket compared to high-end gaming setups, and you can’t play them on the go.

How would you like to play the latest AAA games on max settings, wherever you are, without spending hundreds on a console – or thousands on a high-spec PC? That’s exactly what Shadow, the first project from French startup Blade, claims to offer.

In brief, the new subscription service lets you rent a high-spec PC remotely, which you can then access from any PC, Mac, tablet, or phone – or the optional extra Shadow box. You can use that PC to play any of your own PC games – or just, y’know, use it as a PC. It’s up to you.

We got the chance to test Shadow out in a briefing ahead of the service’s UK launch, and here’s what we thought. We’re also running a competition to give away three free months of the service – head here to enter to win Shadow for yourself.

Shadow first launched in France in 2017, picking up more than 15,000 subscribers by the end of the year. The company is now expanding rapidly to other markets.

The UK is first, with a full launch on 26 January. The US is coming later, thanks to the need to build local data centres, but a beta is beginning in California from 15 February, with plans to expand across the continent by the summer.

As for cost, make no mistake, this isn’t cheap – but it’s still a lot less than buying your own high-spec machine. The cheapest subscription is £26.95 per month for a one-year commitment, with the price rising to £32.95/month for three months, and £39.95 for one month at a time. You can sign up directly from the company’s website.

That’s before you consider the Shadow box. This (strictly optional) extra costs an extra £109.95 upfront, or can be rented for £7.95/month, though Blade is offering it for free to the first 500 UK subscribers (as a rental at least – you’ll have to return it if/when your subscription ends).

Finally, it’s worth clarifying one thing Shadow isn’t: it’s not a game streaming or rental service like GeForce Now, or a device to stream from your own PC like the Steam Link. No games are included, so you’ll have to continue spending your money on the titles you actually want to play – the benefit being you can play anything from your existing game library, and you won’t lose access to any games if you ever end your subscription.

So, what is Shadow?

The core of the concept is the subscription service. You pay a set monthly fee for access to your own dedicated Windows 10 PC operating out of a remote data centre. You can use this PC just as you would any other – install programs, download files, change Windows settings, check your email – whatever you want.

Most importantly, you can access the PC from anywhere you like (well, assuming a decent internet connection). There’s a Shadow app for Windows, Mac, and Android, with iOS promised ‘soon’, and even support for some smart TVs. Accessing the app on any device takes you straight through to your remote desktop.

That means you could use a low-spec laptop to remotely edit photos or videos, access Windows-only software on a Mac, or just browse a full desktop from your tablet or phone. The only limit right now is a few things covered by the EULA – you can’t use it to remotely mine cryptocurrency, for example.

At launch though, the focus is on one thing: gaming. That’s why each PC in the service is a high-spec gaming rig, boasting 12GB RAM, 256GB SSD storage, eight threads from an Intel Xeon processor, and the equivalent of an nVidia GTX 1080. The idea is that you can use this remote PC to play games on graphics settings that outstrip the average computer’s capabilities.

Eventually, Blade explains, the plan is to offer lower cost options with lower specs – both for gamers with less demanding requirements, and for other users who simply like the idea of an always-on remote PC that they can access anywhere. For now though, gaming is the focus, precisely because gamers “aren’t forgiving” – perfect for stress-testing the service.

We tested Shadow briefly at a busy co-working space in London, playing Rise of the Tomb Raider on a Samsung tablet (with the help of a Bluetooth controller). It’s sort of surreal playing a AAA game on high settings through a dinky little tablet, but it’s probably the best proof-of-concept you can get for the service.

As with any cloud-based service, latency is the make-or-break issue, but our experience was promising. Despite being in a bustling space with other people fighting for the Wi-Fi, there was absolutely no noticeable lag or stutter at all while playing.

The company claims anyone with a download speed of at least 15 Mbps should enjoy ‘zero-latency’ gameplay – to be precise, you can expect lag of 15-20 ms, which is actually less than the normal input lag from a game console.

Blade is so confident in the service that it actually went about persuading pro players to test Shadow out – from an early Overwatch competitive team to pro Street Fighter player Luffy. Apparently they were impressed – enough so that one pro CS:GO team even used the kit during a tournament, which really says it all.

That means the performance is good enough to play online games, as well as offline, and even to stream your gameplay to Twitch – though the developers are quick to warn that if you want to add in webcam footage it may be limited somewhat by your upload speeds.

There’s one piece of the puzzle we haven’t touched on yet: the Shadow box. This optional piece of kit costs an extra £109.95, and it’s something most people will probably want to do without. Boasting four USB ports, HDMI, ethernet, and headphone and microphone jacks, it’s essentially a very angular, glowing port hub.

Really, the box is for anyone who wants to run Shadow on the TV in their living room (assuming it isn’t already a compatible smart one) or to an existing monitor setup, or who sees it as a chance to get rid of their existing bulky desktop tower.

Still, that’s a niche, and even more so once you consider the red-and-black design that’s seemingly all corners and edges. It’s aimed squarely at the ‘gamer’ aesthetic, and will doubtless put some off. Luckily, you’ll probably be perfectly happy running Shadow off other, existing devices, so if you’re not a fan of the box you can skip it entirely.