The Sony Xperia XA2 Ultra is a weird phone. Sony could have made a svelte mid-range Xperia at a lower cost than its flagships, but has instead made a £379 chunky mess. You can get the XZ1 for £449 in the UK now, and we strongly recommend that Sony phone over this one. If you really want a 6in 16:9 screen then the XA2 Ultra is one of the only ones on the market and its performance is solid. The rear camera is acceptable and the audio quality, run by Android Oreo, is top notch. But with cheaper mid-range phones like the Honor 7X boasting more compact 18:9 6in displays, the huge XA2 Ultra is a phone that will only appeal if you love the design, its audio quirks, and have a pocket big enough to fit it in.

Sony makes good phones. Even  some great phones. But it cannot escape criticism for its design language and large bezels.

This isn’t because the bezels are actually that much of an issue. Big bezels do not a bad phone make. It’s because Sony releases so many phones with such regularity that we, and other tech reviewers and consumers, end up getting disappointed at seeing the same design every three to six months. The design itself isn’t much of a problem.

But if you just hate on bezels (and many do), the Xperia XA2 Ultra won’t make you happy. It’s a pricier version of the XA2 that has more battery, a larger display and dual selfie cameras. Is that enough to ignore its unwieldy size?

The cost of technology continues to rise and the XA range is more expensive than ever before. Although the Xperia XA2 Ultra isn’t quite at the top of the  mid-range, it’s still a fairly pricey 450€ with the smaller  Xperia XA2 100€ lower.

This is not only more than its predecessor, but puts the device in direct competition with some brilliant phones that are effectively flagships with a mid-range price. It’s hard to beat the  OnePlus 5T and  Honor View 10, both at £449.

The XA2 Ultra should go on sale at the end of February. 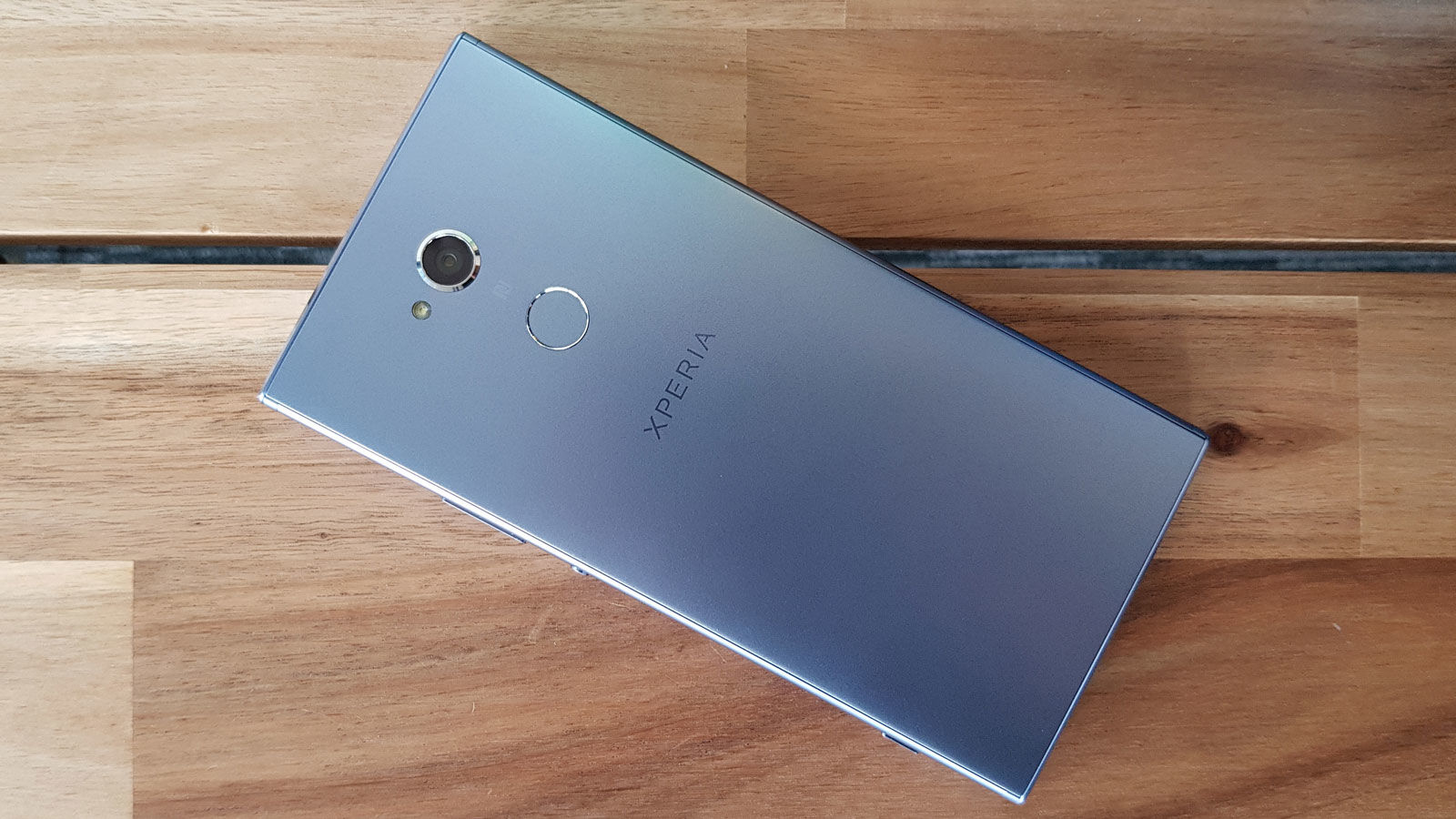 At the front, the Xperia XA2 Ultra looks pretty much identical to the previous model. The main giveaway that it’s new comes via the two camera lenses in the top bezel.

Looking at the phone from the top or bottom sees a subtle slight curved design, complete with bevelled edges. However, the remainder of the XA2 Ultra looks distinctly average and even dated.

Granted, the screen goes right to the edges at either side but the phone has fairly hefty bezels above and below. The wait for an 18:9 bezel-free Xperia goes on.

Unless you have huge hands (and pockets) or simply love physically huge phones then the XA2 Ultra is too big. Previously, having a large 6in screen would justify its massive size but we’ve rightly come to expect slim and light handsets, even in the mid-range.

The Samsung Galaxy A8 is in the same price range with a bezel-less design very similar to the pioneering Galaxy S8, making the XA2 Ultra look fairly ridiculous by comparison.

It’s not just about the looks though, it’s also impossible to use one handed. The Xperia XZ1 had big bezels but was slim, light and packed stereo front facing speakers. The XA2 Ultra is very heavy and uses only its top bezel effectively, housing the headline dual selfie cameras.

The build quality on show is premium, and the metal design is robust though the back is a textured plastic.  Volume rocker, power key and the excellent dedicated shutter button are on the right side, while Sony has moved the fingerprint sensor to the rear for the first time, under the camera lens.

Thankfully for American Sony fans, the fingerprint sensor now actually works thanks to the end of a weird long running legal battle. The camera also had a flash, as do the two front facing sensors.

A speaker on the bottom edge accompanies a modern USB-C port. The XA2 Ultra amounts to a monolithic slab of smartphone, an unashamed brick of a thing.

It comes in the blue of our review unit, as well as black, gold and silver. 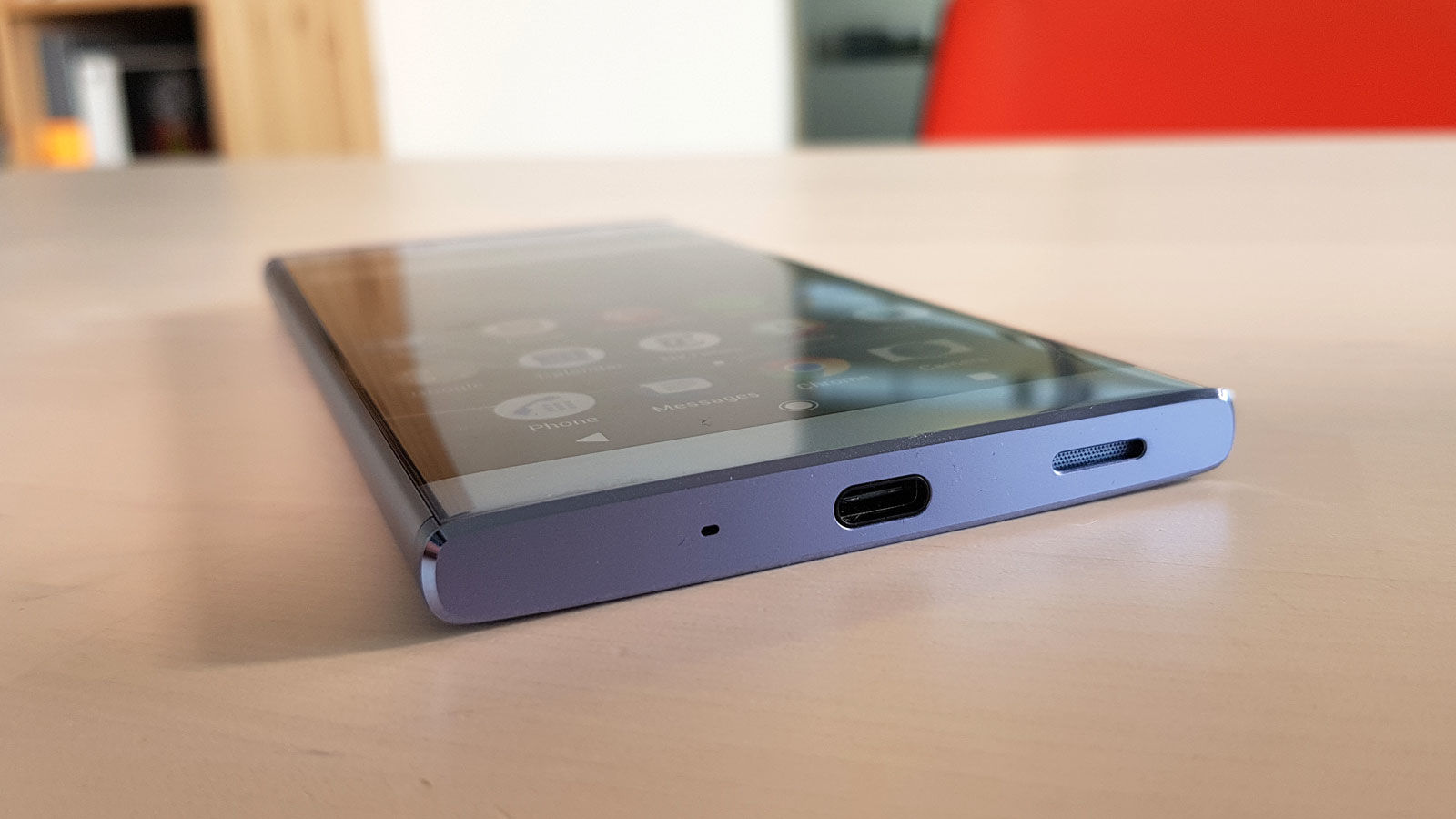 As you’d expect, the XA2 Ultra is a bigger version of the regular model. However, there’s more differences here than just a larger screen.

The screen is actually exactly the same as the XA1 Ultra at 6.0in with a Full HD 1080p resolution resulting is a fairly poor 367ppi. That’s a decent chunk bigger than the 5.2in XA2.

Despite the low ppi, Netflix binges on the train look pretty decent. But you’ll have to put up with its mad 221g weight, one of the only phones we’ve reviewed recently that tips the scale over 200g. For comparison, the 6in screened Honor 7X is just 165g.

The display settings hidden away do improve things though. Usually phones come with the saturation turned up which is less natural but more attractive. You can turn on standard mode to boost it at little, or go all-out with super vivid mode. We prefer standard, but it’s good that the option is there to bring some life to the natural but dull out of the box settings.

Unlike the Mediatek chip in the previous XA1, the XA2 Ultra has a Qualcomm Snapdragon 630 processor. A small upgrade on the power-efficient 625, the 630 here proved to give excellent battery life both in real world usage and the Geekbench 4 battery test, where it ran for an excellent 9 hours and 57 minutes. The pairing of energy efficient chip and 3,850mAh battery proves solid. There’s also NFC for mobile payments. 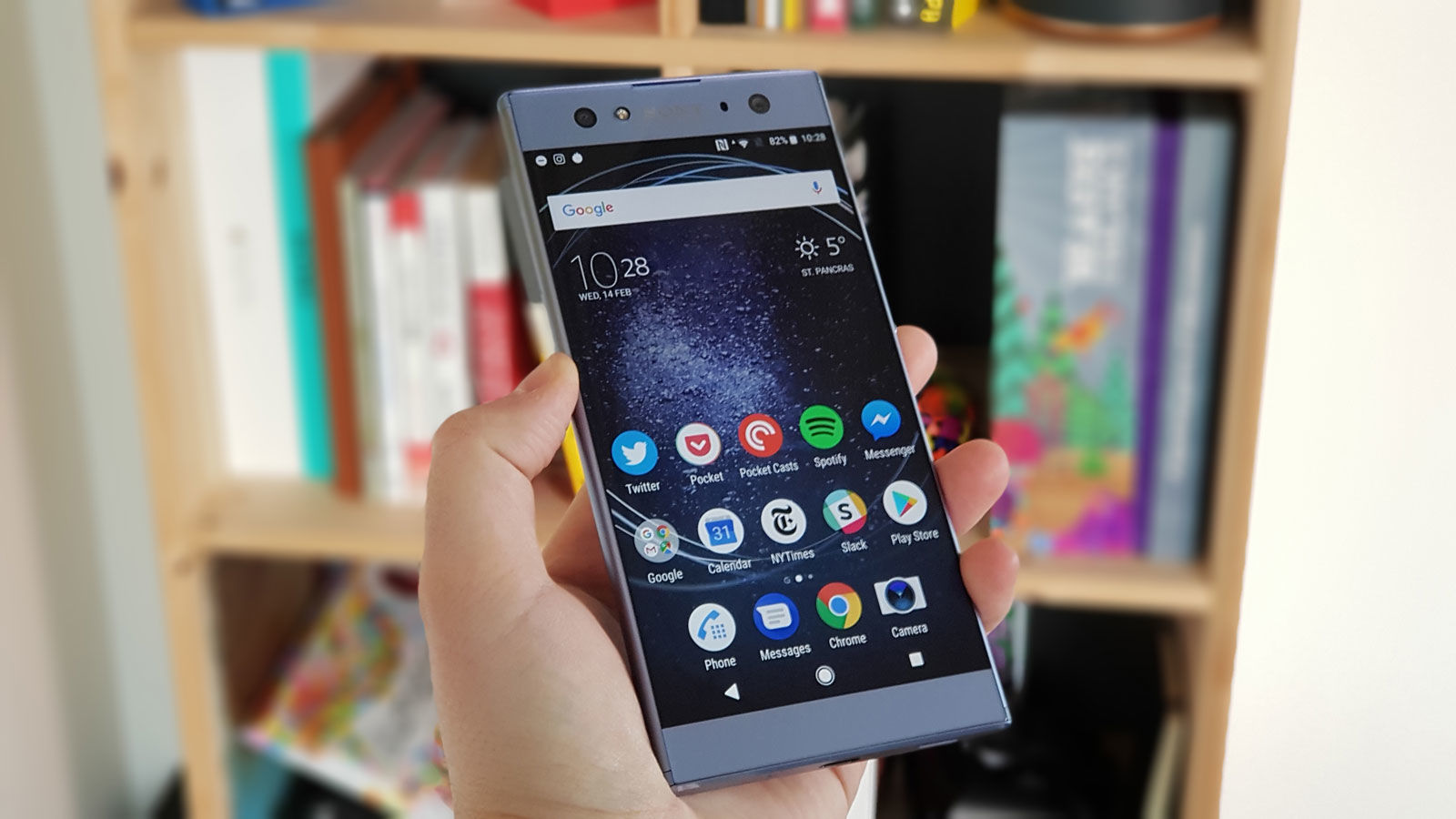 There’s a relatively tame 32GB storage on board but you can expand with a microSD card up to 256GB. Some regions will get a 64GB option but both versions come with 4GB RAM, an upgrade on the regular XA2’s 3GB.

As is the case for most phones in this price range, there isn’t wireless charging or any form of official water or dust resistance rating. Despite this, the Ultra has a decent set of specs for the price.

The rear facing camera is a 23Mp Sony sensor with f/2.0 aperture, but the software processing doesn’t take advantage of the megapixels. Unless you’re in bright sunlight, the results are disappointing and muddy. Colour reproduction is often inaccurate too, though it can handle light well in landscape shots, even if the sky on the below photo is a little blown out. 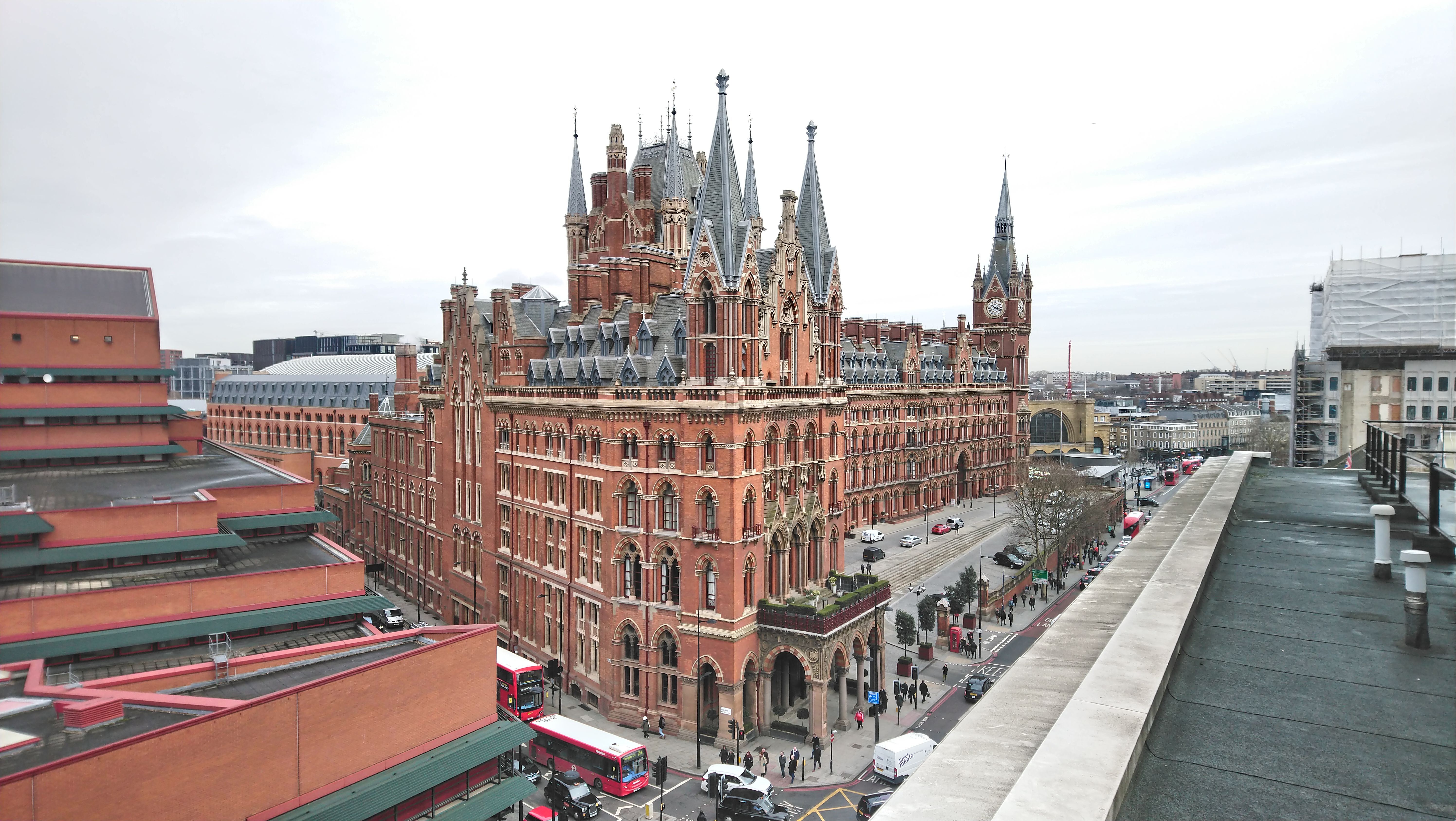 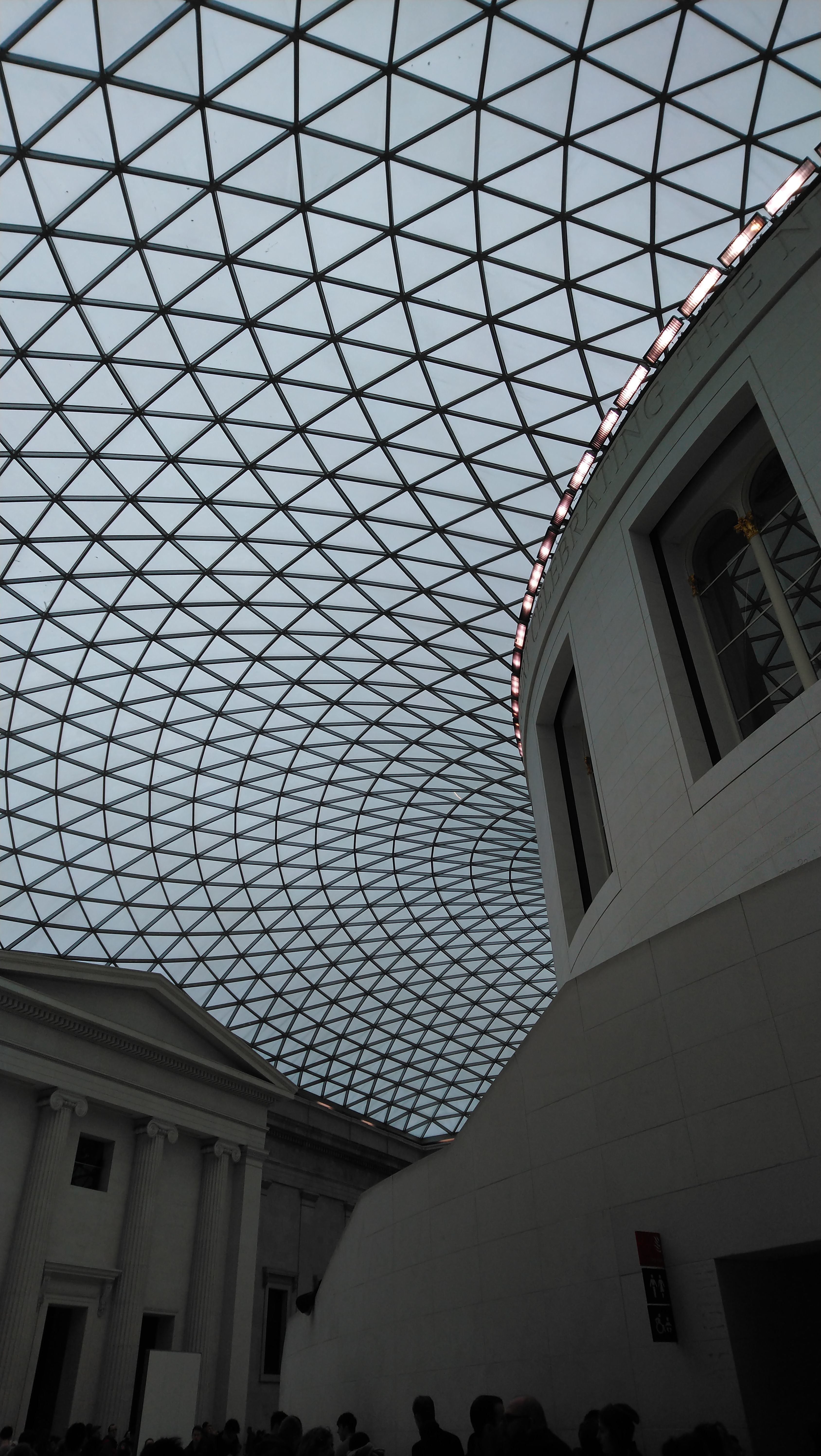 Sony markets the Ultra as a phone for selfies as the two front facing cameras allow for wide angle group shots, or just a way to get more of the background in. It’s quite good but you get the fish bowl effect often seen at the edges of pictures taken with such a set up. You may also want to turn off the on-by-default skin softening mode.

A real boon here is the selfie cameras’ optical image stabilisation, something the rear camera actually lacks. It means your group selfie shots will be largely blur free, and it’s good to see on the phone considering the price.

If you’re into your selfies you will enjoy the feature, but there are better camera set ups on other mid-range phones. 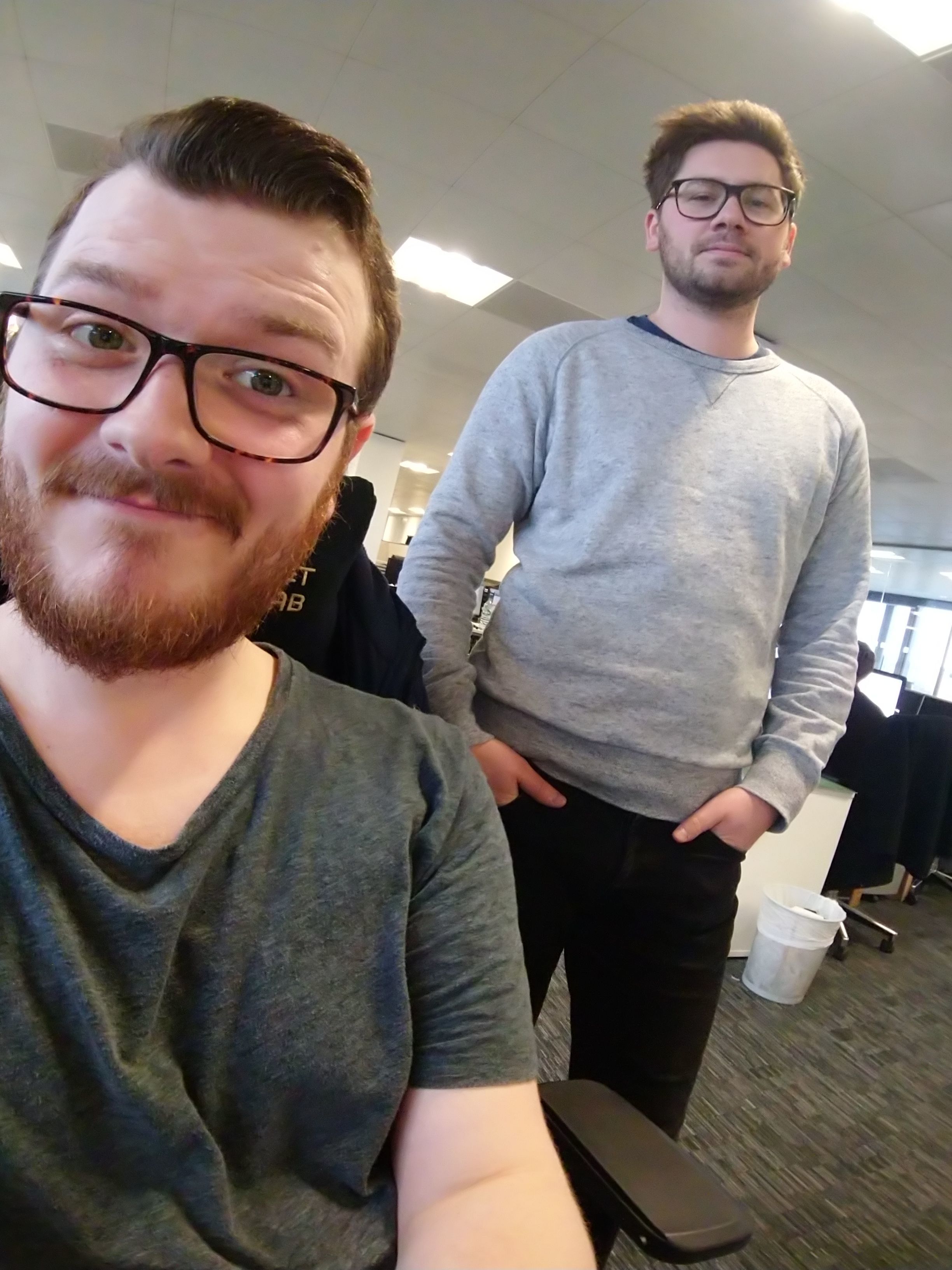 One nice-to-have feature is 4K video recording, unusual on a mid-range handset. The phone does struggle to process it though and lags considerably during recording. The slo-mo recording feature from Xperia flagships has also been ported over for recording bursts of 120fps footage.

The added AR feature is fun to turn your living room into a prehistoric scene and the timeshift burst mode lets you select the best shot from several, handy if you have a moving pet or child to snap.

We still recommend spending more on a higher-end phone if photography is important to you. Despite Sony’s insistence that the camera tech here is top end, it isn’t quite. A better display and better software processing are needed such as on Google’s  Pixel 2 or the  Huawei Mate 10 Pro.

Where the XA2 Ultra does deliver is in its audio delivery. Though it lacks front facing speakers, the wired headphone experience on the phone is great. ClearAudio+ is a software setting that optimises the sound output, making music and video brighter and more immersive.

It’s a surprisingly decent feature, but might not be to your taste if you prefer a compressed sound and isn’t driven by a hardware DAC like on the (admittedly pricier) LG V30.

Pleasingly, the XA2 Ultra comes with Android 8.0 Oreo on-board. This is excellent news for a mid-range device, and Sony has beaten tons of handsets double the price to get it. You can enjoy features like picture in picture and password auto-fill. Sony is also doing a good job at the moment with monthly security updates.

Sony’s Android skin is minimal, with only minor aesthetic changes to Google’s stock version. It’s very crisp and clean and doesn’t make any change for change sake like Honor does with its EMUI skin.

Sony still pre-installs and pushes SwiftKey on you, but we prefer to download and use Google’s Gboard.

Below are benchmarks from the XA2 Ultra and some comparable phones. The Ultra is a solid choice for mobile gaming, though if that’s the reason you’re looking to buy you will want to spend a bit more on a high-end phone.

Casual gaming looks great, and the extra money you will pay compared to the Honor 7X (with its Kirin 659 chip) or the Moto G5S Plus (with the older Snapdragon 625) will be worth it.

Multi-tasking is also fluid even when using many apps or when in split screen mode but the phone can lag when shooting and playing 4K video. 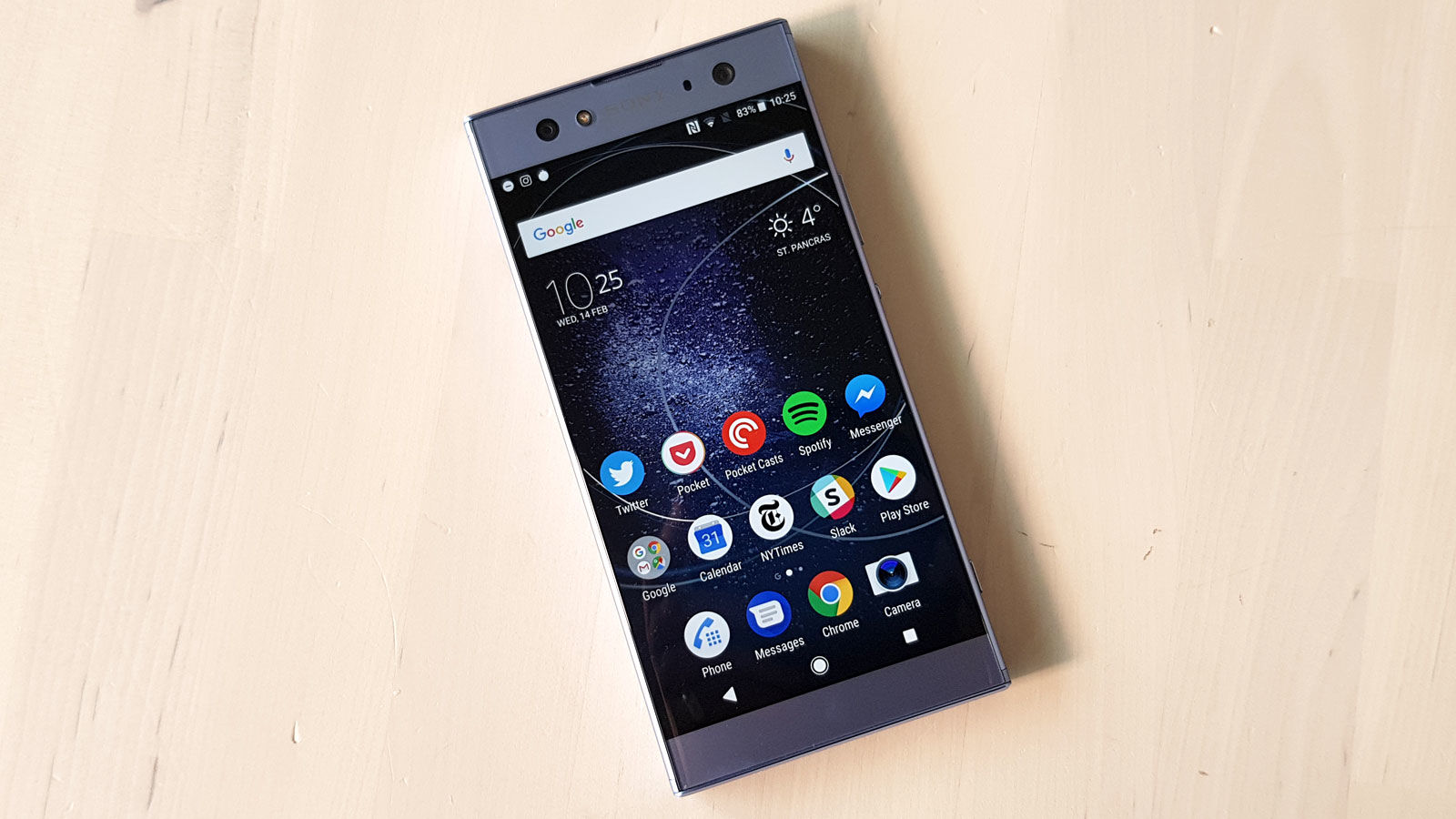