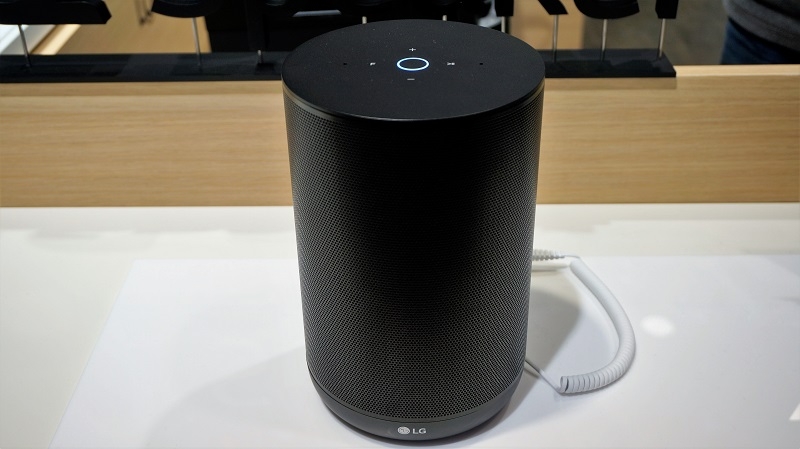 There’s still lots we need to know about the LG ThinQ Smart Speaker before we can give a verdict. The price and detailed specifications for starters and also how well LG’s own AI works alongside the Google Assistant. However, it has potential so check back for a full review soon.

Smart speaker have been around for a while now but some tech firms are still playing catch-up. One of those is LG with its ThinQ Smart Speaker powered by the Google Assistant. We had a listen at CES 2018 in Las Vegas.

It’s hard to make a smart speaker stand out in the crowd, understandably so when they’re just regular looking speakers with hidden digital assistants. While LG’s effort appears very similar, perhaps the ThinQ branding can help along with some features you don’t find elsewhere.

At CES, LG advised us that the ThinQ Smart Speaker (WK7) will be available in April – with the smart display product much later in autumn.

There’s no price for the device yet but we are guessing that it will come in at around the £200 mark, similar to rivals from the likes of Sony, Panasonic and Sonos.

Like so many speakers, let alone smart versions, the LG ThinQ is tall and cylindrical in design. There’s nothing unusual here but that said, the speaker is attractive and more desirable than some rivals. It’s a shame the same isn’t true of LG’s ThinkQ WK9 smart display.

The build quality is also very good, with a metal cover running around the outside in a sleek black colour. The holes to allow sound out are only interrupted at the back by a thin line which houses the microphone button. 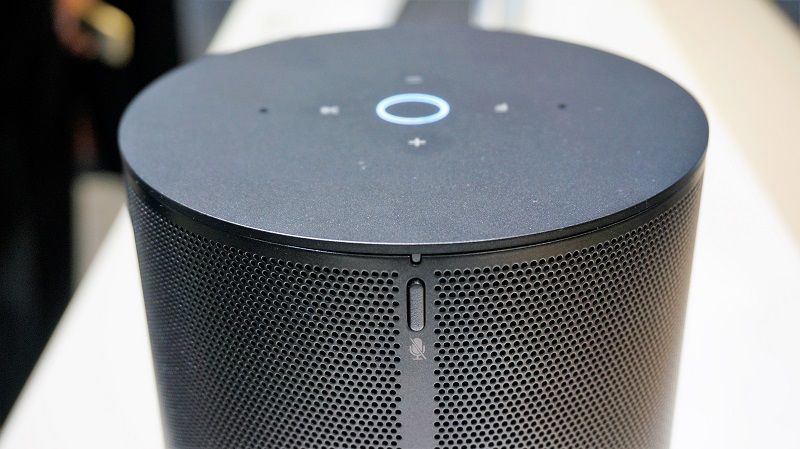 LG has neatly directed the power cable to the underside of the speaker so it’s as if the cable is permanent.

It’s only on top of the device where there’s a bit more going on. The interface is touch sensitive and in the centre is an attractive circular light. Around it you can see buttons for changing volume and play/pause.

The small holes either side are for the microphones and the ‘F’ stands for function because the ThinQ Smart Speaker does more than just connect to Wi-Fi for streaming. We’ll explore the features below. 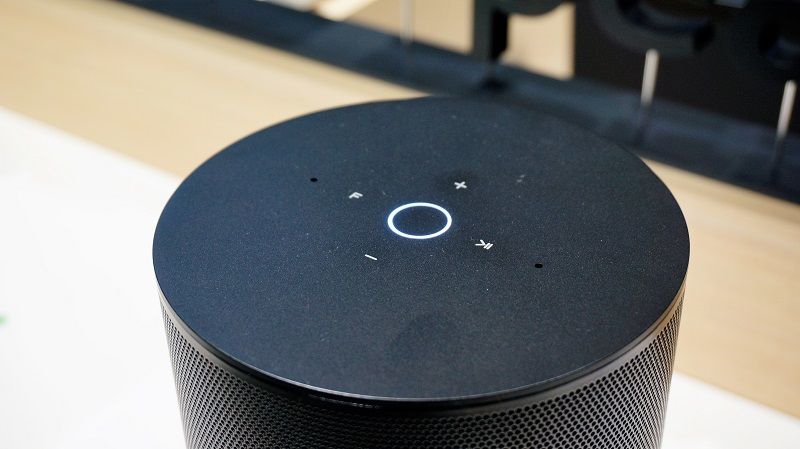 Although CES is over, LG still hasn’t announced the official specs of the WK7 speaker.

What we can tell you is that it’s a fairly hefty speaker, which is a good sign in audio, and is powered by Meridian Audio. We’re assuming a dual-driver setup with a fairly large mid-range driver and a tweeter on top.

Testing conditions at CES were not ideal, with the speaker in a separate listening room but sharing it with 20 odd people and LG’s far more powerful soundbar too. Still, it sounds like it has audio potential and will no doubt perform much better in a typical living room with just a few people to contend with.

Rather than Amazon’s Alexa, LG has partnered with Google for the speaker so you can say “Ok Google” to summon the Google Assistant and do all manner of things. You can ask questions, set alarms and, of course, play music. 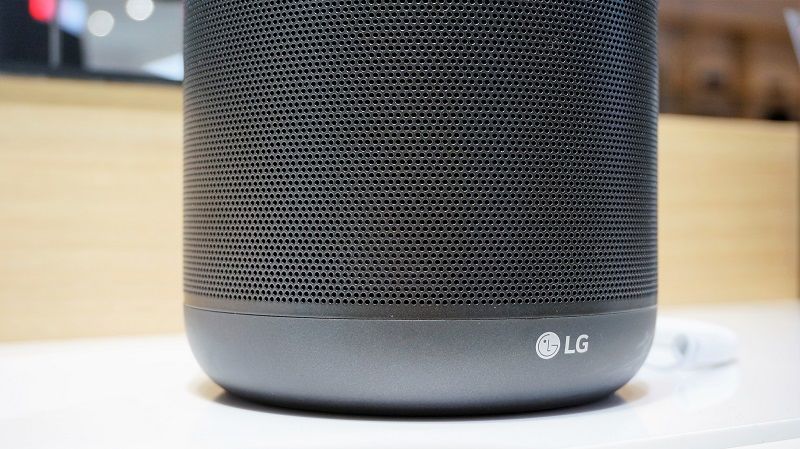 That doesn’t set it aside from other ones like the Google Home, but the audio should be better. Especially when you consider that the ThinQ supports Hi-Res Audio (192kHz/24bit) playback.

It does also have LG’s ThinQ AI so you can control other LG products – like switching an air purifier on and off via the speaker – but we’ll have to test this out when we get a sample. The device also has Chromecast built-in so it can be part of a network of compatible devices.

Last but not least is that ‘F’ button for function, because unlike most smart speakers, the WK7 also has Bluetooth. So you can connect directly to it like a traditional Bluetooth speaker if you like.