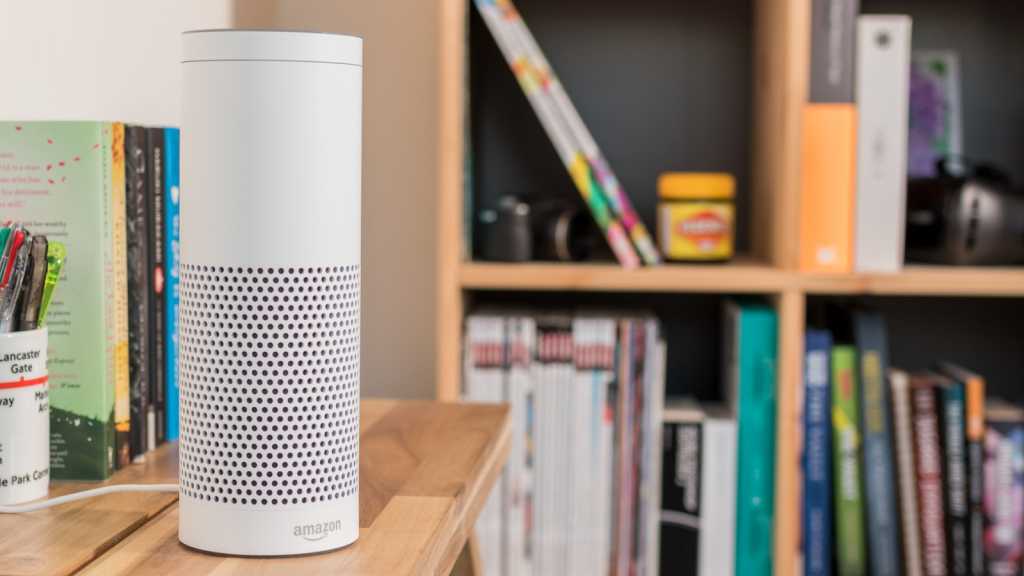 Ultimately, the Echo Plus makes sense only for those with compatible smart home products who want to eliminate multiple hubs connected to their router. If that’s not you, then the slightly better audio quality compared to the second-gen Echo isn’t enough to justify the extra cost.

Amazon’s Alexa assistant has stood the test of time and is getting ever smarter. If there was any doubt about the company’s commitment to it, just look at the range of Echo devices it now offers: Echo Dot, Echo 2, Echo Show, Echo Spot and – the one we’re reviewing here – Echo Plus.

In a  YouGov survey published in April 2018, it was revealed that Amazon still holds a whacking great 75% of the UK smart speaker market.

That’s before you consider all the third-party speakers and devices with Alexa, and there are lots because Amazon allows developers to integrate Alexa for free.

The Echo Plus is the most expensive Echo without a screen, but why should you buy it instead of the Echo 2 or Echo Dot? The main reason is for its in-built ‘smart hub’ which other Echos lack.

It effectively replaces other hubs, such as Philips’ Hue Bridge and those which use the ZigBee wireless standard.

If you still want to buy the model reviewed here, you can pick up a certified refurbished one for £129/ $89 – at the time of writing.

Along with the new Echo Plus, Amazon has introduced the Echo Dot (3rd-gen), Echo Sub and Echo Show (2nd gen). 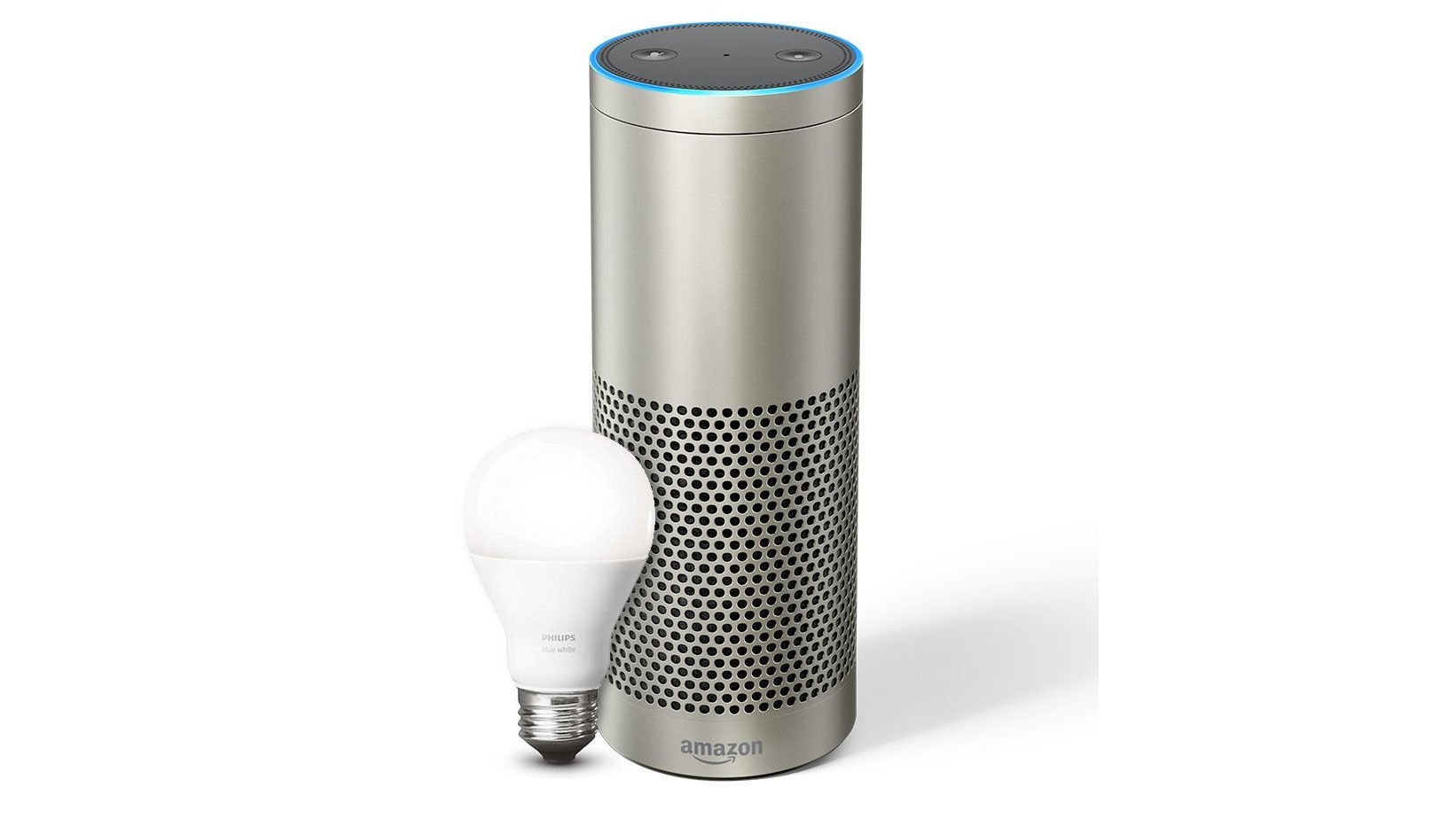 Amazon Echo Plus: Features and design

Unlike the smaller Echo 2, the Echo Plus is almost indistinguishable from the original Echo, unless you opt for the new Silver colour, which has a gold-ish tint to it. 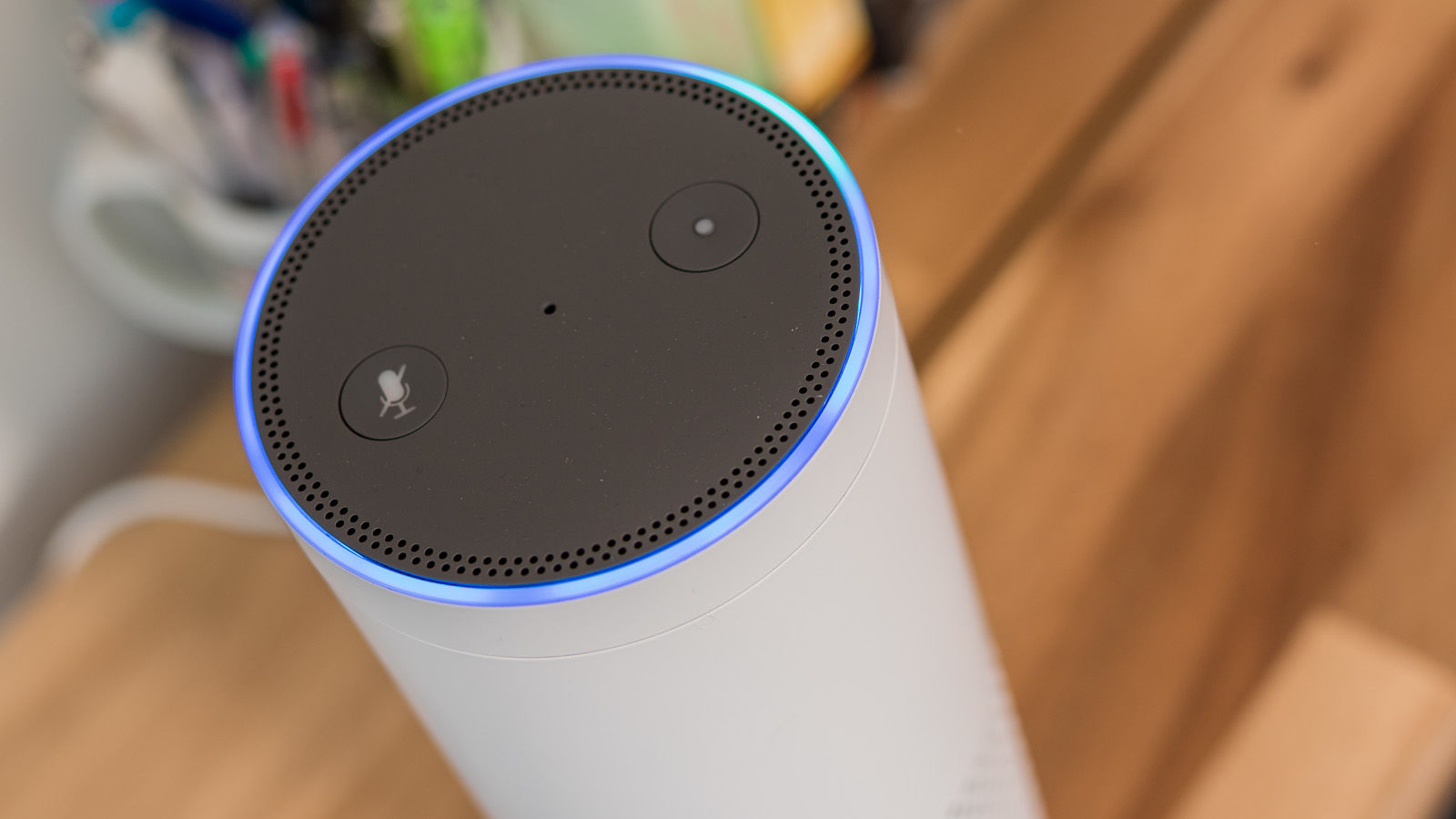 It’s the same size and has the same volume dial and two buttons on top. The main difference is that the power connector has been moves to the back (as opposed to underneath) and an aux output has been added so you can connect a wired speaker.

You can, of course, still pair it with a Bluetooth speaker as well. And in reverse, you can use Bluetooth to stream music to the Echo Plus from your phone or tablet.

In truth, there’s not a great deal of difference apart from the smart home hub and new colour. Amazon has upgraded the audio with the help of Dolby Processing, and there is slightly better bass and treble. 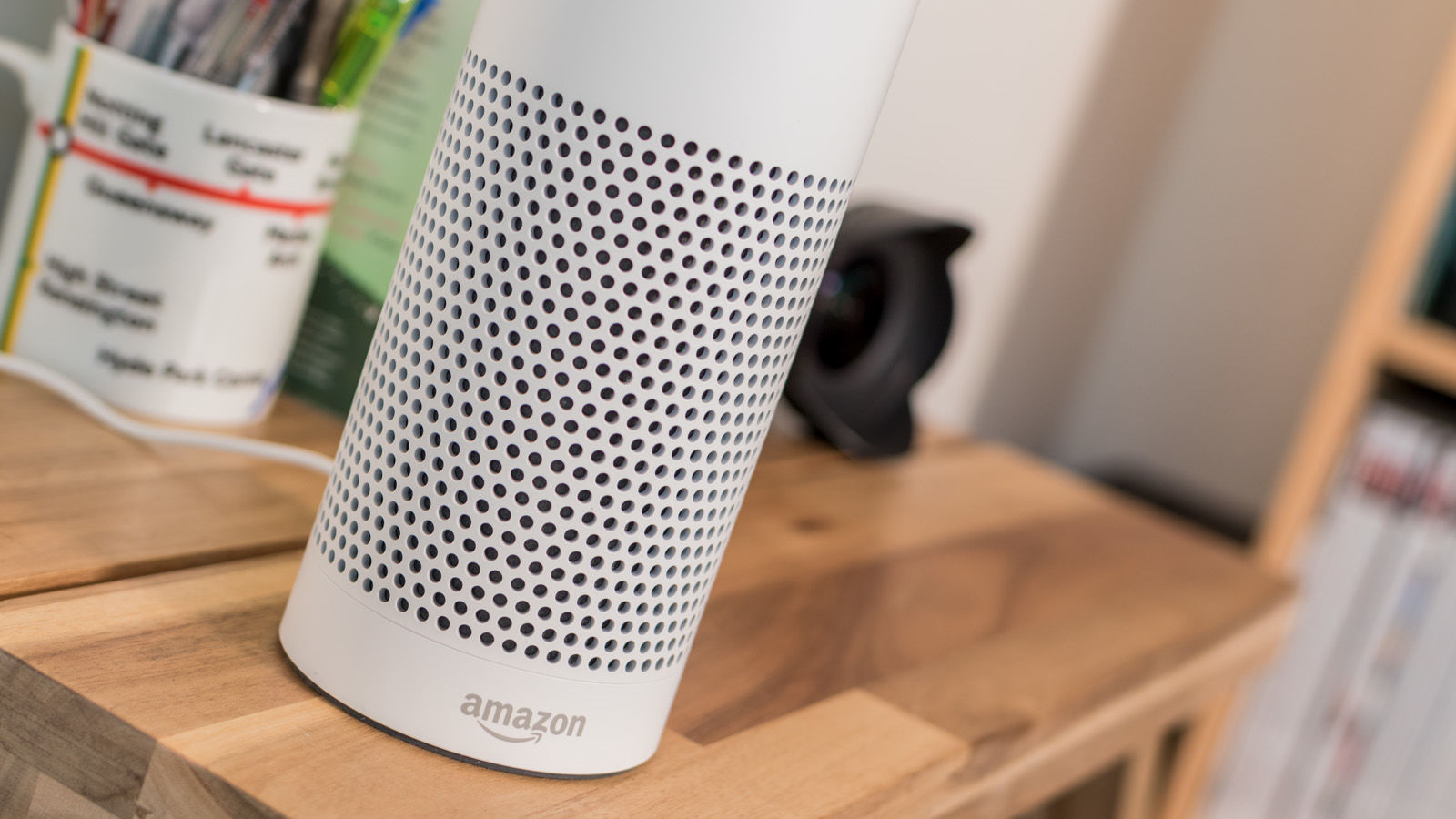 It’s also a notch up from the Echo 2, but not as much as you might hope for for the extra £50 / $60. And if you don’t have any smart home kit (such as lights, sockets, thermostats etc) which are compatible with the Echo Plus’ ZigBee hub, then you might just as well get the Echo 2.

Quite a few companies use the standard, including Honeywell, Philips, Samsung SmartThings, Belkin, Lutron, Osram and Panasonic. But you need to check that the exact product you have supports ZigBee and not just go by manufacturer.

Unfortunately, a lot of smart home kit doesn’t use ZigBee. It might use a different radio frequency which is proprietary to that system, and it may not even need a hub in the first place. LIFX bulbs, for example, are just like Philips Hue but communicate directly with your router.

It’s also important to understand that other Echo devices can do everything the Echo Plus can in terms of controlling your smart home kit (apart from talking directly to ZigBee gadgets). That means you can group devices and even Echos so that you can say “Alexa, turn on the lights” when you walk into a room, rather than having to say “Alexa, turn on the ceiling light in the lounge”.

Although the Echo Plus can get rid of the Philips Hue bridge, the functionality is dramatically reduced. You can use you voice to switch lights on and off and control the brightness but that’s it. This means you can’t use all the best features of Hue like automations, scenes, sleep routines and syncing with music, video and games.

The Alexa app is a nice way to integrate smart kit from different manufacturers in one place and with one interface. You can adjust brightness and select colour with compatible lights (such as LIFX) and of course, you can do all this with your voice as well. 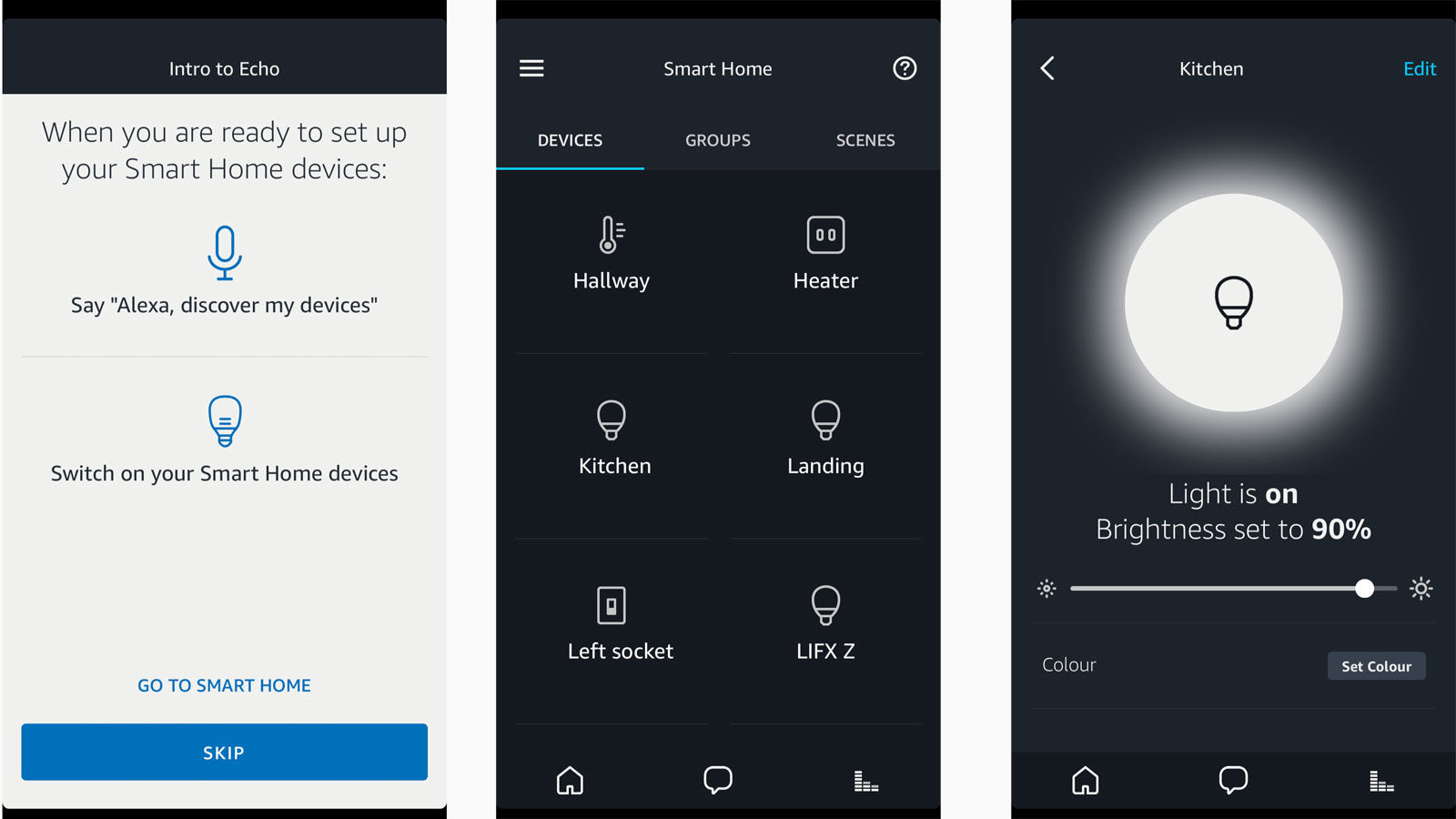 The recent introduction of Routines is also handy as it allows several devices to be switched on or off (or adjusted) with a single command. Saying “Alexa, good morning” could turn off the landing and hallway lights, and turn on the kitchen lights and adjust the thermostat to 20 degrees.

All this assumes you have the appropriate (and compatible) lights and thermostat of course.

Alexa also has the same skill set regardless of whether you use an Echo Plus, Echo 2 or Dot. That means you can get a news update, weather forecast, road or rail status update, unit conversions, timers, play music, listen to the radio, add items to your shopping list, send messages, check calendars and much, much more. See our How to use Alexa guide to get the most out of her.

The only Echos which have different capabilities are those with screens: the Show and Spot. They can show additional information, such as a more detailed weather forecast or sports scores, as well as the more obvious use of video calling.