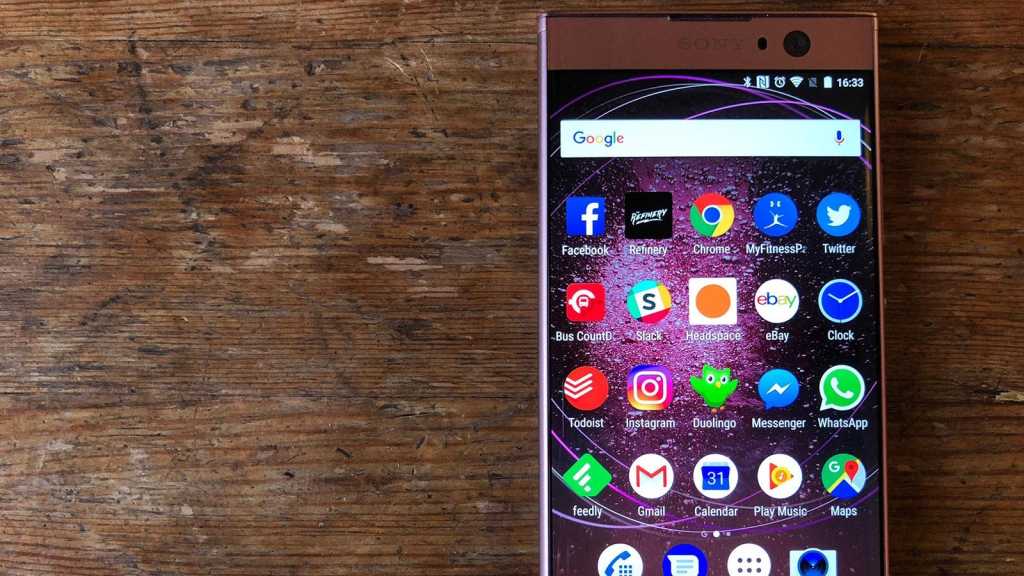 The Xperia XA2 sits in a slightly odd place. It offers solid specs and performance for the price, but the 16:9 screen and chunky body are already out of step with the competition, and the camera just can’t keep up at all. If 4K or slow-motion videos are must-haves for you, the XA2 is a decent enough choice at the price, but otherwise it’s difficult to recommend above the very stiff competition.

We’re still waiting for a new flagship phone from Sony, which will surely arrive at MWC, but for now the company has launched the Xperia XA2, a mid-range phone first shown off at CES 2018 alongside its larger brother, the XA2 Ultra.

Sony hasn’t been a market leader in the smartphone world for a little while now, but it has delivered some very solid mid-range devices. With more competition at the price point than ever before though, can the XA2 compete? Find out in our review.

The XA2 is priced fairly competitively, costing £299 in the UK, and $349 in the US. That sounds good until you compare it to the Xperia XA1, which cost just £229/$299 at launch, making the newer model a fair bit more expensive.

There’s also the larger XA2 Ultra, which offers better specs and a bigger screen, but with a price jump to match: £379/$449.

This is the third-generation XA phone, with the first having no affixed number, and the design hasn’t changed too much. Well, not at the front of the phone anyway, which looks largely the same.

That means big bezels at the top and bottom of the screen, and in fact Sony has actually made the XA2 slightly bigger than its predecessors, partly to fit in a larger screen – which curves slightly at the bezel-free left and right edges.

The size is more noticeable in terms of thickness: at 9.7mm, the XA2 is chunky, and it feels it. We don’t like to fat-shame here at Tech Advisor, but the XA2 could definitely benefit from slimming down, especially since the slightly rounded shape makes the mid-section feel even chubbier than it is.

Combine the size with the part-metal casing and you also get the fairly hefty 171g weight – a fair amount for a phone only packing a 5.2in screen.

Still, there are nice touches to the design too. The chamfered edges at the top and bottom more than justify the weight added by the metal finish, and you do get a choice of a few colours: black, silver, blue, and the surprisingly attractive pink of our review model. The silver option is exclusive to O2 in the UK.

Sony is well-known for making waterproof phones, but this isn’t something that’s trickled down to the XA range yet. Instead, the firm is seemingly holding it back as one reason to spend more on a Z range device.

Beyond that, you get a USB-C port for charging, a speaker on the bottom edge, a very welcome physical camera shutter button, a headphone port, and a fingerprint sensor below the camera lens on the back of the phone – interestingly, this and the XA2 Ultra are the first Sony phones to have a fingerprint scanner in the US market.

Overall, the XA2 is a pretty typical looking Sony smartphone. It’s blocky and bulky, though with a few undeniably attractive touches. You get solid build quality, and we prefer the XA2 to the much bulkier and more unwieldy XA2 Ultra, but you can definitely find more attractive phones for the same price.

So beyond the design, what do you get?

Let’s start with the screen, which at 5.2in and 1080p is a definite step up from the XA1, but pretty typical for mid-range phones these days. It doesn’t use the 18:9 aspect ratio that’s all the rage these days, sticking with the more traditional 16:9, but as mentioned earlier, it does go right up to the edges of the phone on either side.

The display looks decent at first, but you’ll want to head into the settings to make the most of it. Head into the colour settings and you can activate either ‘Standard mode’ (which, confusingly, isn’t the standard) or ‘Super-vivid mode’, either of which will optimise colours across the phone to make them deeper and more vivid.

‘Standard’ seemed to be the sweet spot for us, but either elevates picture quality to make the display one of the phone’s standout features at the price.

As for the rest of performance, the Xperia XA2 is powered by a Qualcomm Snapdragon 630 – a pretty typical chip for a mid-range phone – also found in the HTC U11 Life and Nokia 7.

In other core specs are 32GB of internal storage and 3GB of RAM, with a microSD card slot to expand the storage – again, pretty standard for mid-range in 2018.

Across our benchmarking tests, the XA2 performed competitively, with scores in line with the Moto X4 and U11 Life, and comfortable ahead of the Honor 7X. It is also almost exactly in line with the larger XA2 Ultra, despite that phone boasting an extra GB of RAM.

As we said above, the XA2 is one of the last few phones clinging onto that headphone jack, so if you’re a stickler for wired cans then you’re in luck.

There’s also a bottom-facing speaker, positioned next to the USB-C charging port, which offers very respectable sound for a phone, though it’s understandably a bit muddy.

Finally, the phone includes ClearAudio+, a software setting that optimises the sound output, making music and other audio brighter and crisper. It’s not game-changing, but the results are impressive for a pure software system.

Unlike some other phones at this price, the XA2 resists the temptation for dual lenses, instead opting for a single camera lens at a whopping 23MP with an f/2.0 aperture.

Unfortunately, despite that hardware the software side of the camera just can’t keep up, with disappointing results. Aggressive spot metering means that tapping on the screen to pick a focus point results in sweeping changes to exposure levels, leaving an awful lot of overblown skies in exterior shots.

To be fair to the camera, give it bright, consistent lighting and it can yield some remarkable, detailed shots, but most users will probably want a camera that gets better results in more variable circumstances, and the XA2 doesn’t really deliver.

At the front is an 8MP wide-angle selfie camera with an aperture of f/2.4, which is solid, but not remarkable. It’s worth noting that this is probably the biggest difference between the XA2 and the XA2 Ultra (other than screen size) as the larger phone has dual front cameras, one of which is 16MP with optical image stabilisation.

Finally, Sony have also packed in support for 4K recording (admittedly unusual in mid-range devices) and 120fps slow-motion recording, which are really the two features that make the XA2 camera stand out from the pack.

Battery life is one area where Sony set out to excel with the XA2, and while it doesn’t exactly disappoint, it’s not a total triumph either.

The 3300mAh battery is a big upgrade from the XA1’s 2300mAh, and comfortably managed to last longer than a day, but couldn’t reliably hit the two-day mark where you begin to feel totally free of the pressure for a daily charge.

Still, it lasted a solid eight and a half hours on Geekbench’s battery test, which is better than you’ll get from a typical flagship, so we don’t want to rag on the battery too much: if you just want a phone that will last a day without breaking a sweat, the XA2 will do just fine.

Finally, let’s talk software. The good news is that the XA2 comes with Android 8.0 Oreo, the latest version of Google’s mobile operating system, out of the box. That’s good news when it comes to accessing the latest Android features like picture-in-picture, and is also a step ahead of plenty of recent flagship devices.

As with previous phones, Sony offers a largely untouched Android experience but with some useful additions. For example, Xperia Actions and Tips help optimise your settings and give you personalised hints.

There are some pre-installed apps you may not want – most obviously Amazon Shopping, Kindle and Kobo, and AVG anti-virus – but you can uninstall or disable them easily enough.