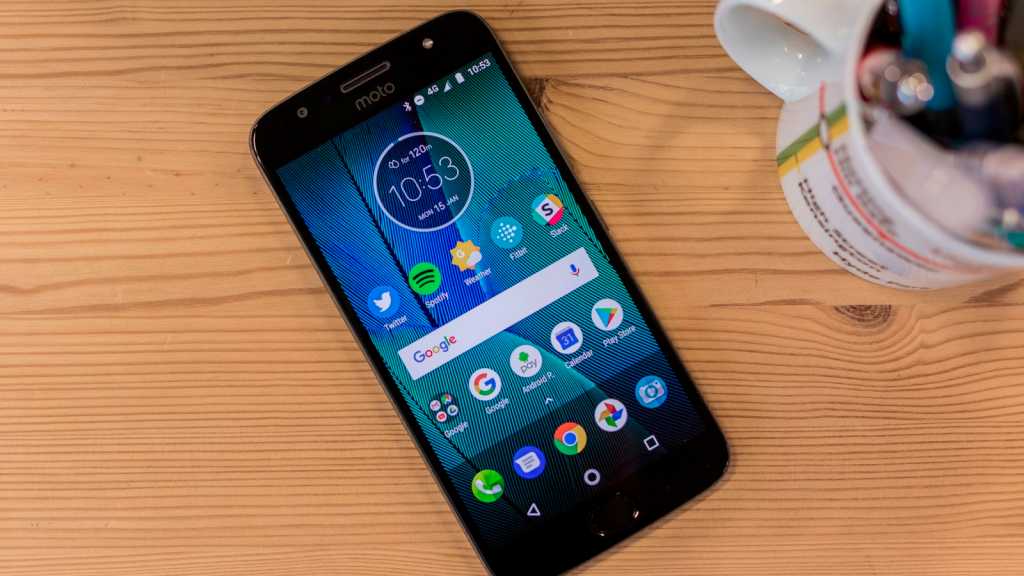 The Moto G5S Plus has now been succeeded by the excellent Moto G6, but it remains an option for those looking for a cheap phone. The new and old phones were priced the same at £219 which makes the G6 a no brainer but you can now pick the G5S Plus up for as little as £156. The G5S Plus combines build quality, photography and performance well.

Long has the Moto G line of budget smartphones been considered excellent. Not just at Tech Advisor but worldwide, we’ve come to expect a lot of phone for not a lot of money when the latest one comes out.

There are only two real differences between the older G5 Plus and this newer G5S Plus – the larger screen and dual cameras.

Thankfully, the Moto G5S continues the trend and is the best Moto has ever made. It costs a little more than you might expect, but the extra money is worth it for a phone that packs dual cameras, decent battery life with fast charging, a sleek design and superb performance.

The Moto G5S Plus is available for £259 direct from Motorola in the UK.

It’s also available for slightly less at £249  from Carphone Warehouse. 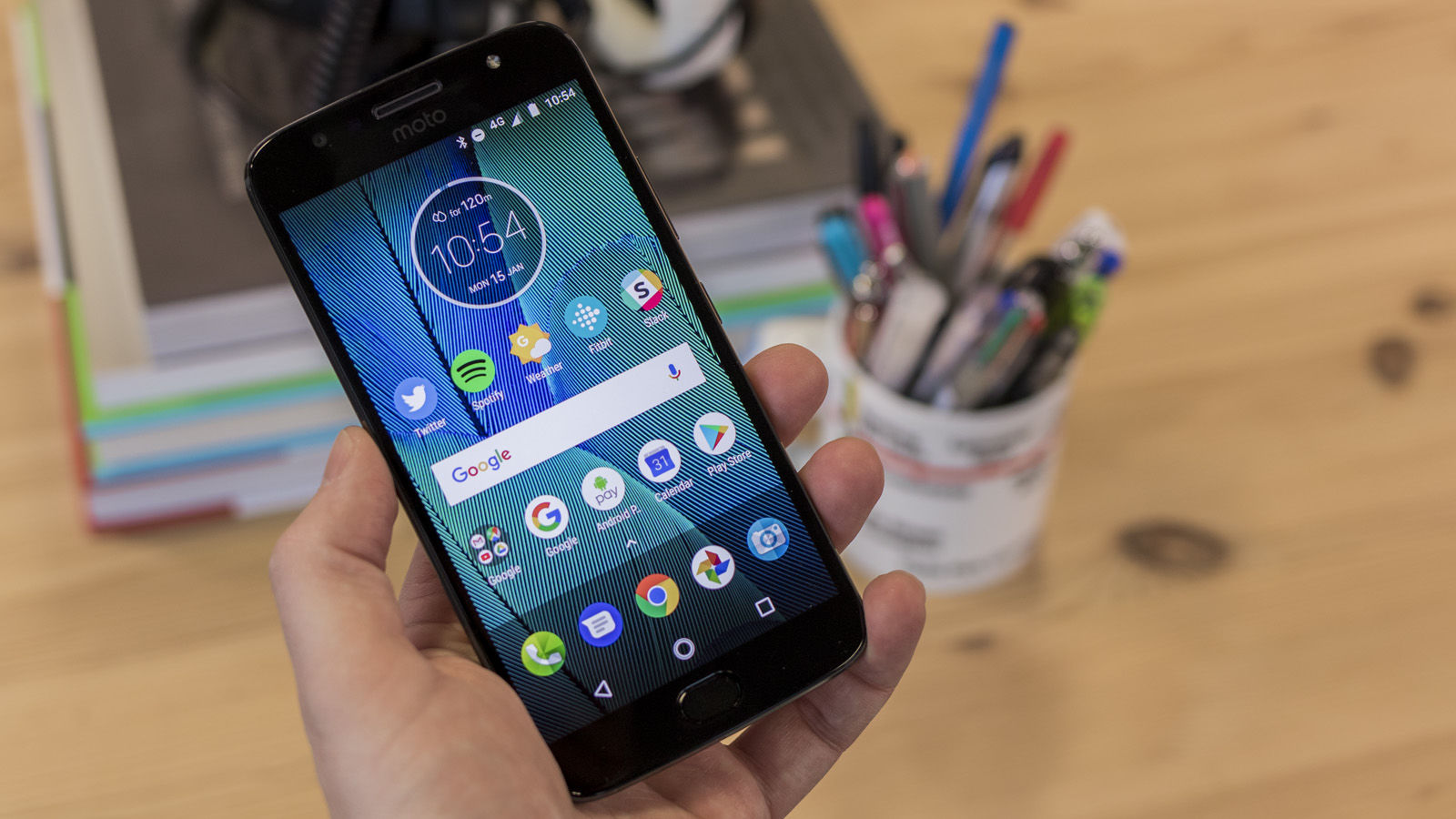 We prefer the design of the G5S Plus to the rest of the G5 family of phones, including the G5S. The antenna lines are more prominent, but look better than the older design where you could see the gaps between the parts used.

Now, you have a unibody metal finish that feels far more premium than the price tag might suggest and is a far cry from the plasticky builds of older Moto G phones. 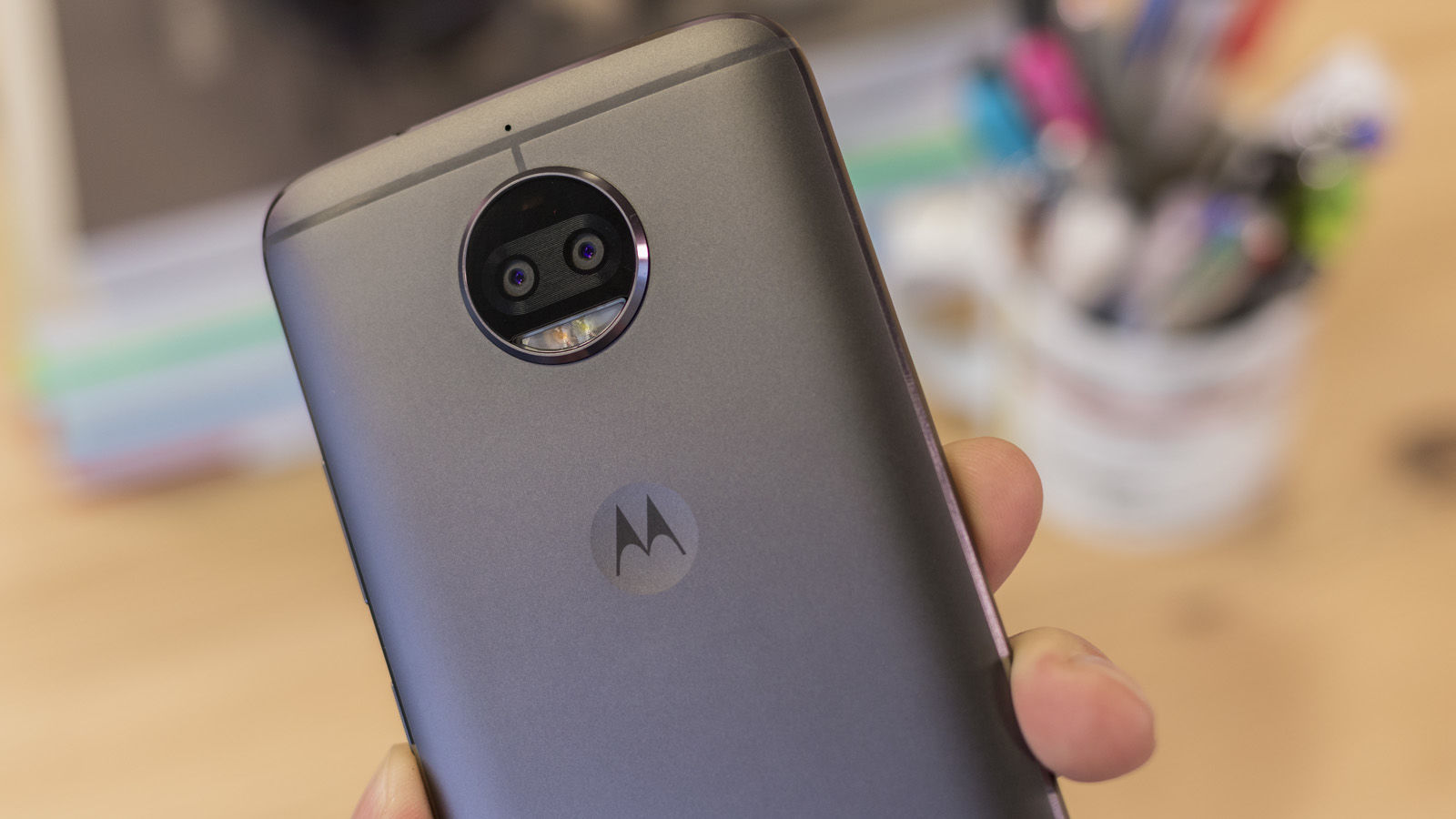 The G5S Plus has smart chamfered edges to the design that make it feel premium as well as easier to hold. While not the slimmest phone, it is easy to hold though approaching uncomfortable in one hand given the larger 5.5in screen.

It has relatively large top and bottom bezels, but that is to be expected for the price. They don’t go to waste though, with a decent sized fingerprint sensor at the bottom and a front facing camera and flash at the top.

The rear is plain save for a circular camera bump that houses dual cameras and a flash, with the Motorola logo sitting in a small indent where you might roughly lay a finger while holding the device.

The plastic Moto G phones were great, but this aluminium feel is much better. 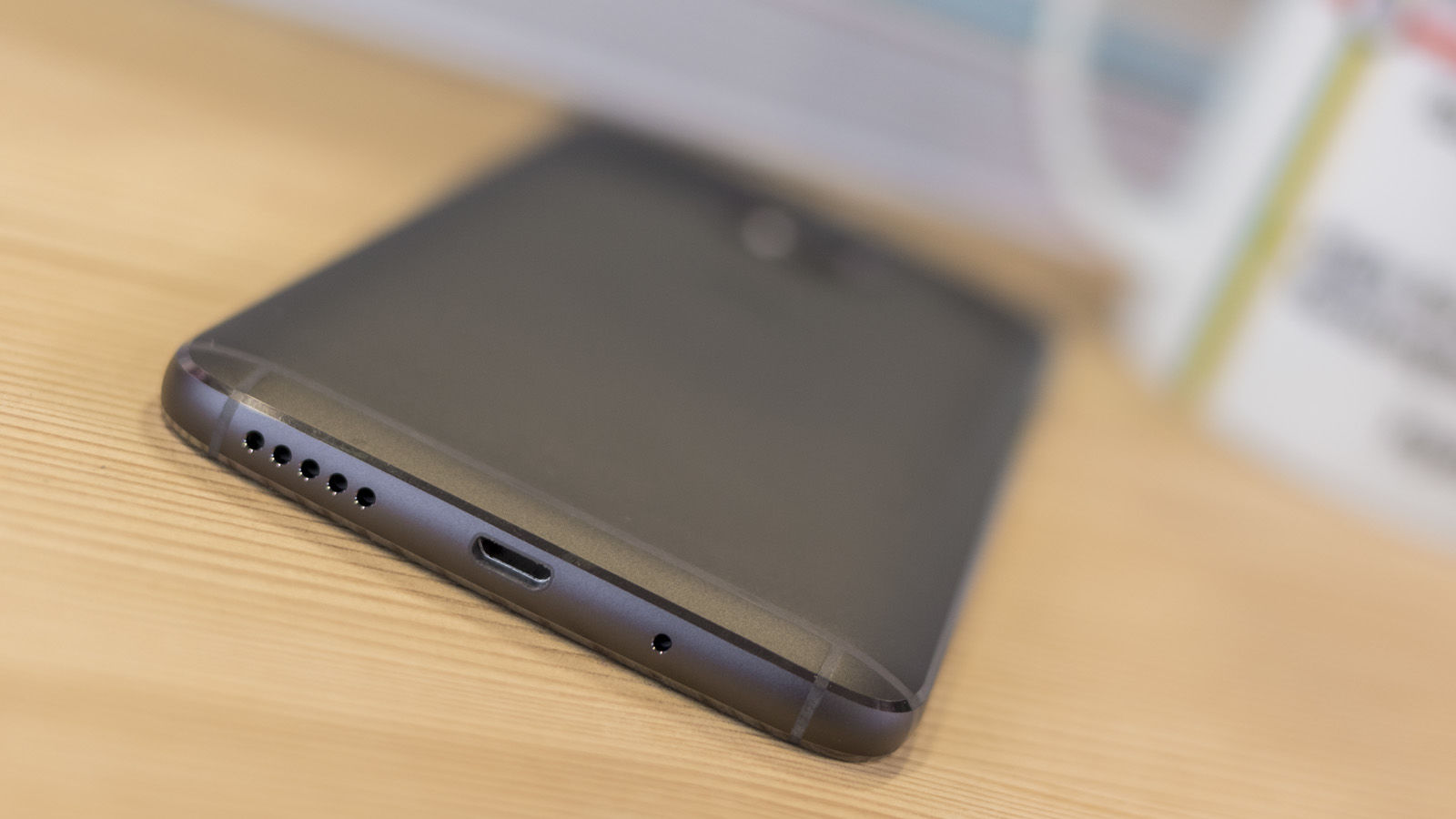 More important though than the look and feel is the performance of a cheaper phone. Is it so cheap that it is actually unusable?

Thankfully not so here. 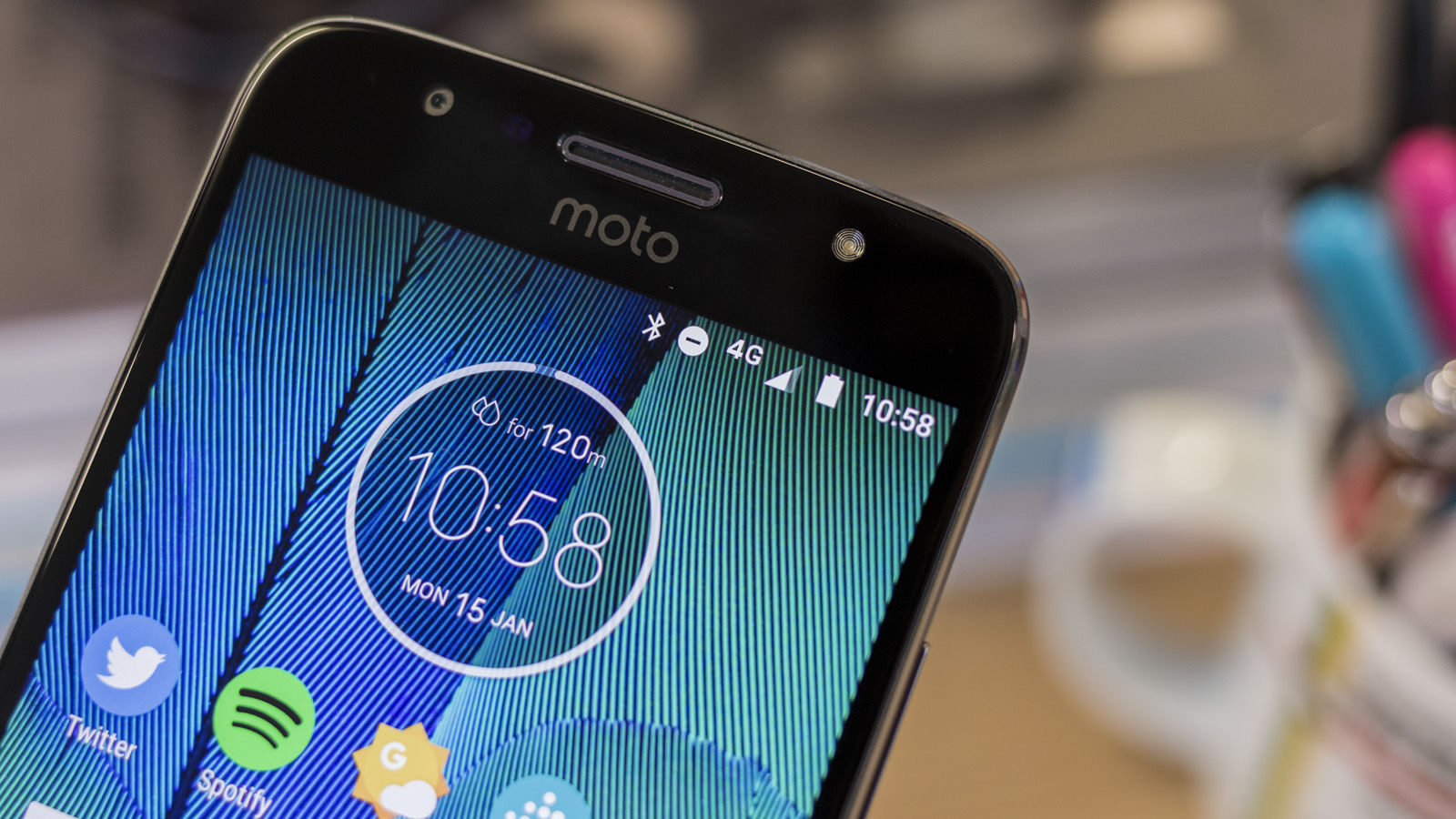 The screen is pleasingly vivid and bright for an LCD (as opposed to a more expensive OLED panel) and content looks great. There is not a lot of compromise here, even on a phone that costs double.

Text, videos and games looks great, with punchy colour reproduction though if you scroll quickly, text does blur somewhat until you stop. This is particularly noticeable with black text on a white background, but is a trait present in all displays of this type and price.

The Moto G5S Plus has a Qualcomm Snapdragon 625 processor, a mid-range chip that is known for its excellent power efficiency. It delivers excellent battery management alongside above-average processing speeds for most people.

This is preferable to the weaker Snapdragon 430 in the G5 and G5S, and the boost in power in the G5S Plus is incredibly welcome.

In our tests gaming, multitasking, video streaming and photography were excellent, with only a hint of lag here and there – to be expected on a Snapdragon 625, but nothing that limits usability. 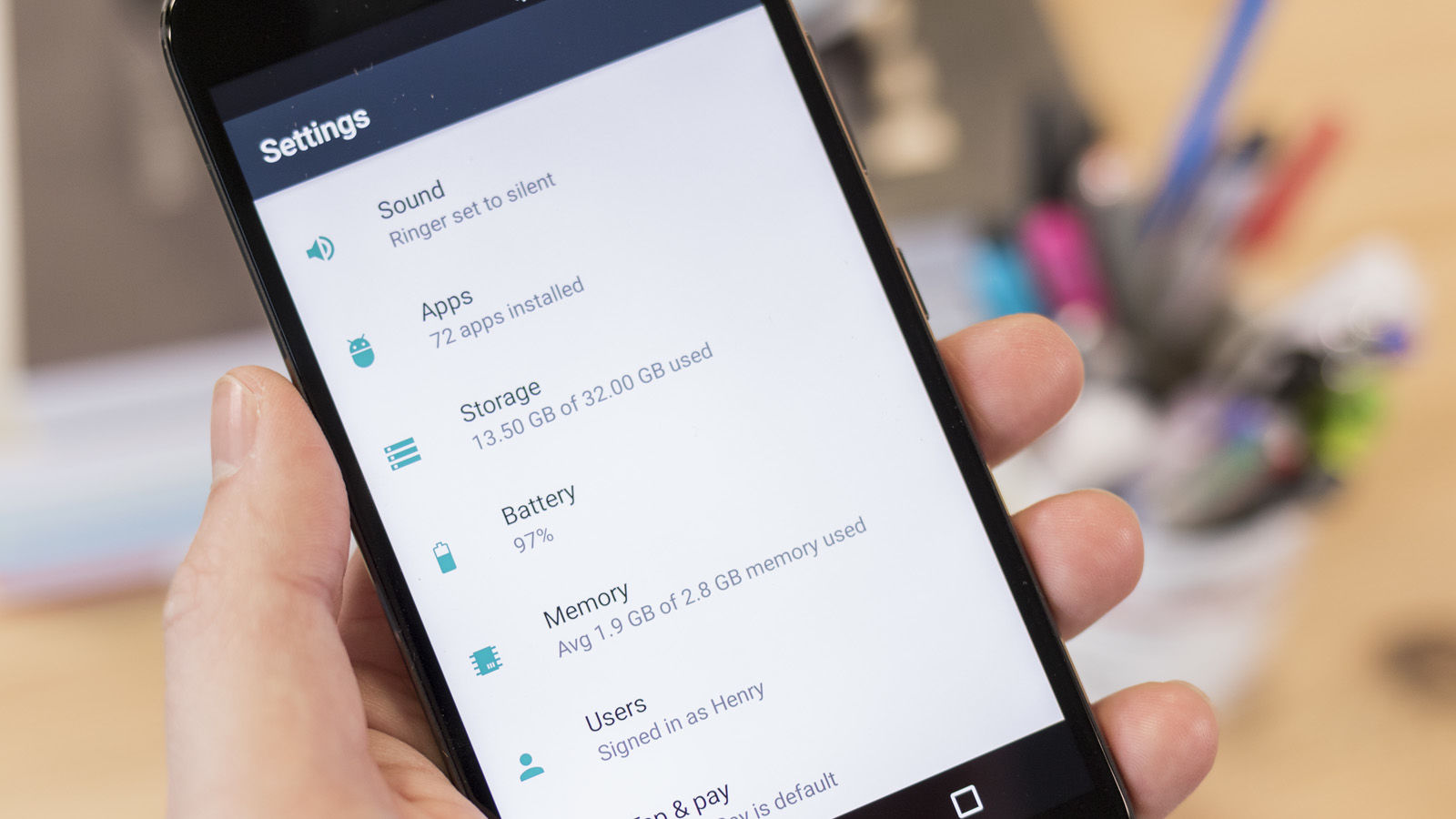 The phone comes with a just-passable 32GB internal storage, but with the option to expand up to 256GB with a microSD card. This version has 3GB RAM, more than enough for most tasks bar high intensity games.

There is another version available in some regions with 64GB storage and 4GB RAM, though that will affect the price asked.

The most noticeable upgrade on the G5S Plus is the dual cameras. For the first time on a Moto G series phone, you can take portrait style bokeh effect photos – a feature on Moto’s £700 Z2 Force on a phone that costs £259.

The sensors are both 13Mp with an aperture of f/2.0. They product excellent shot in full daylight, but struggle in low light with detailing and colour reproduction. As long as your stick outdoors and are a casual phone photographer you won’t mind, but you should buy the G5S Plus if you are looking for the best possible camera experience on a phone.

The front facing 8Mp camera is also patchy at best, but adequate for Snapchat selfies and Skype video calls. Check out some pictures taken with the rear dual camera below. 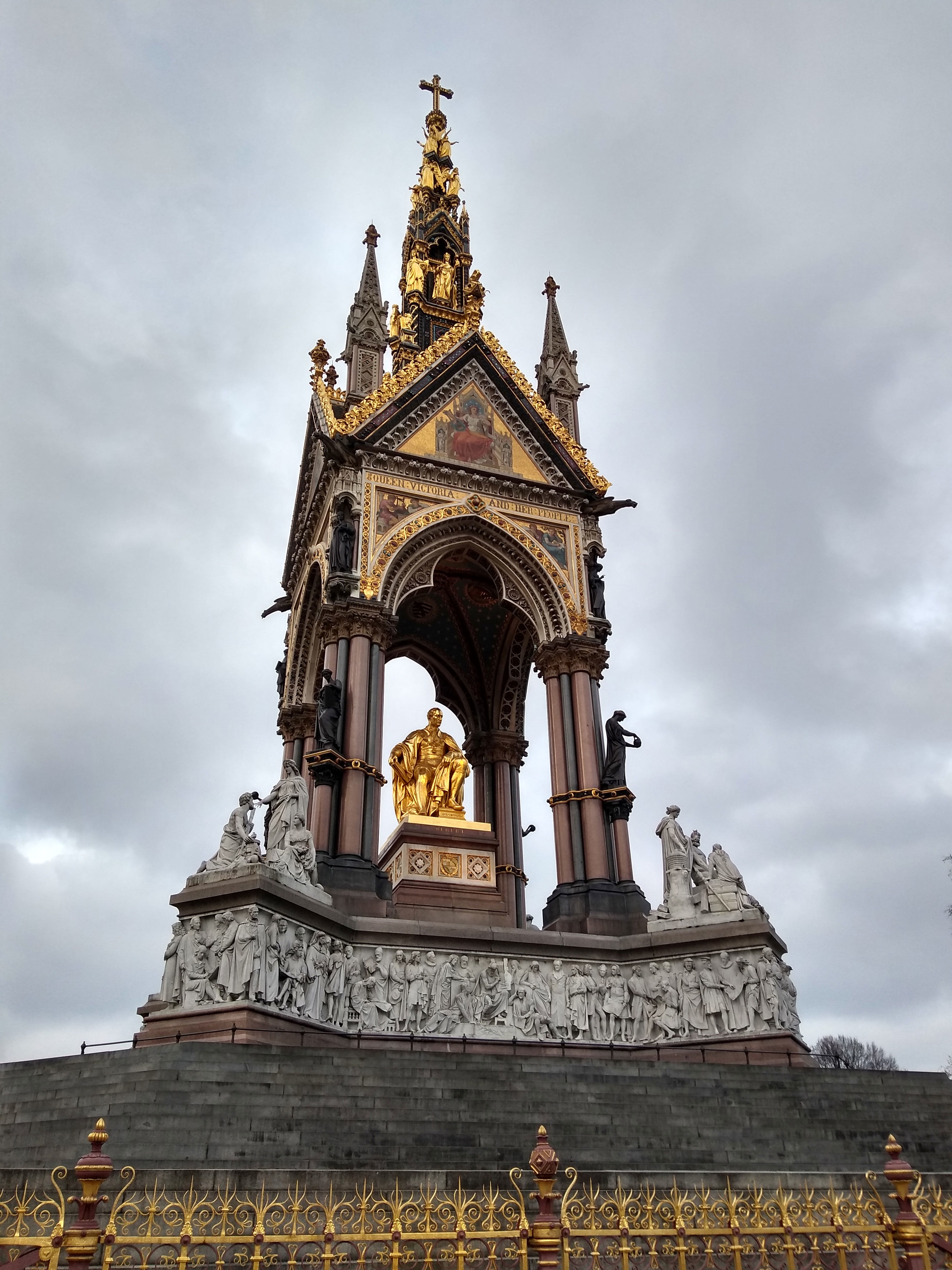 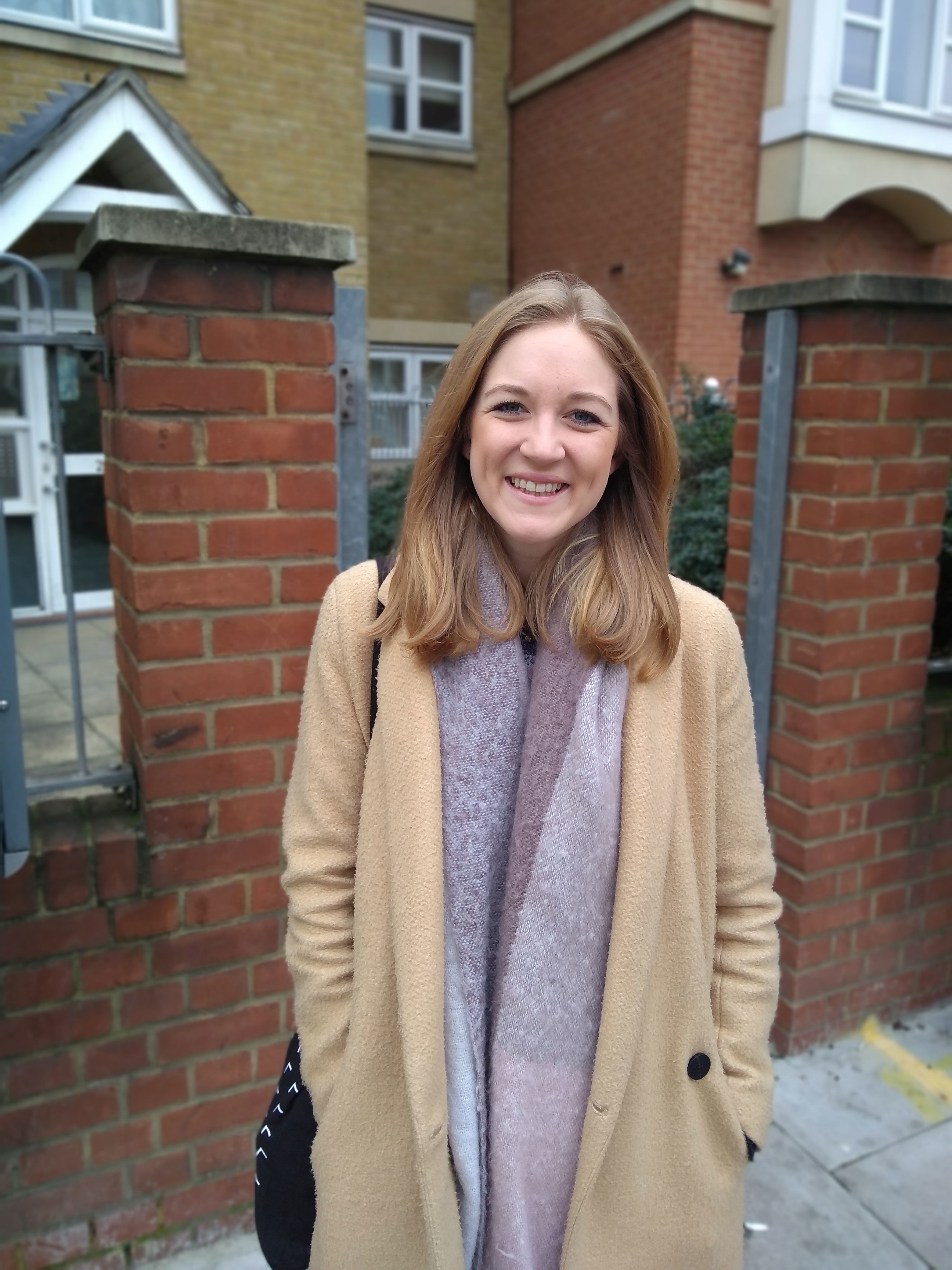 The above picture shows the G5S Plus’ pleasingly good portrait mode 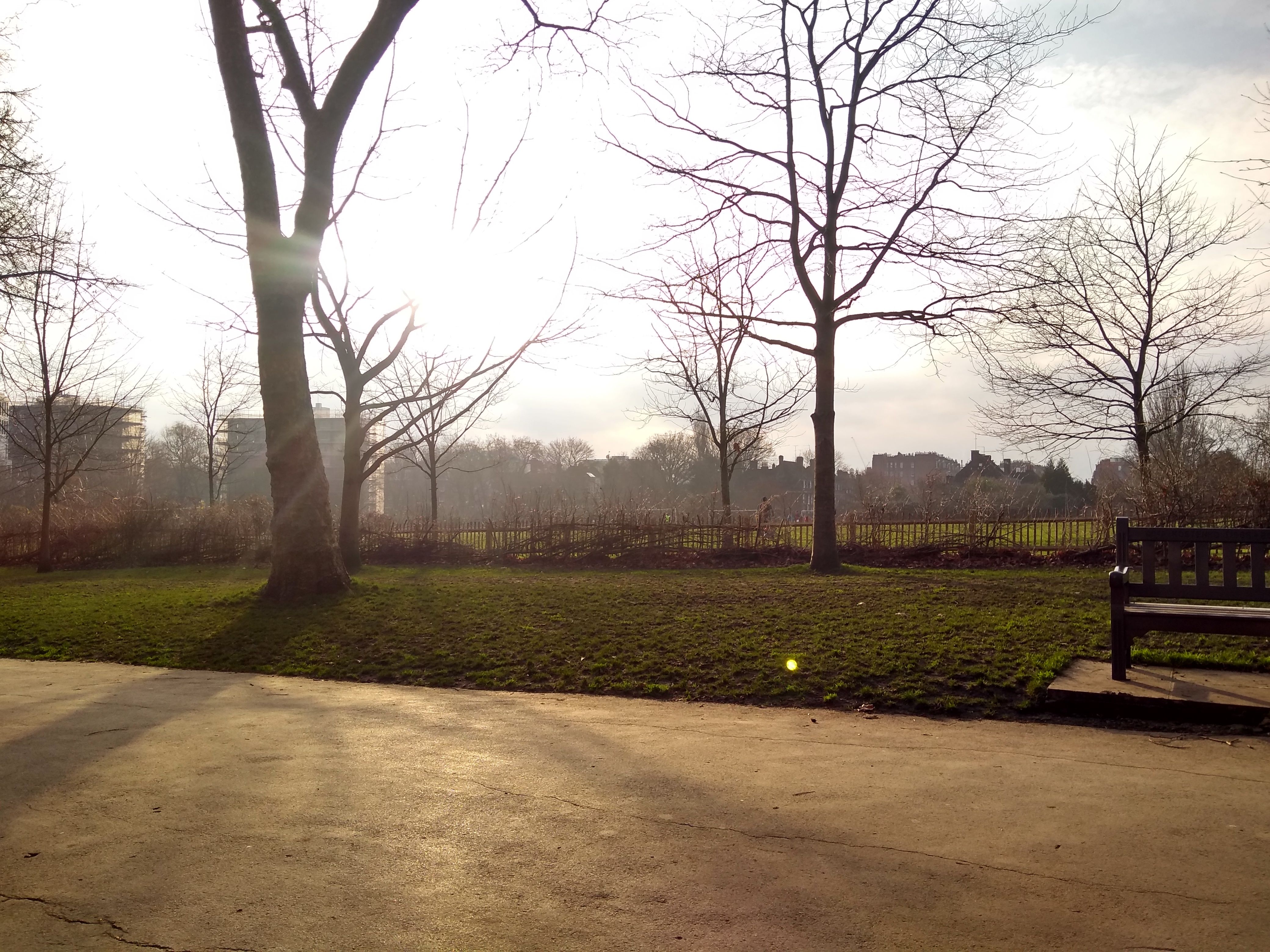 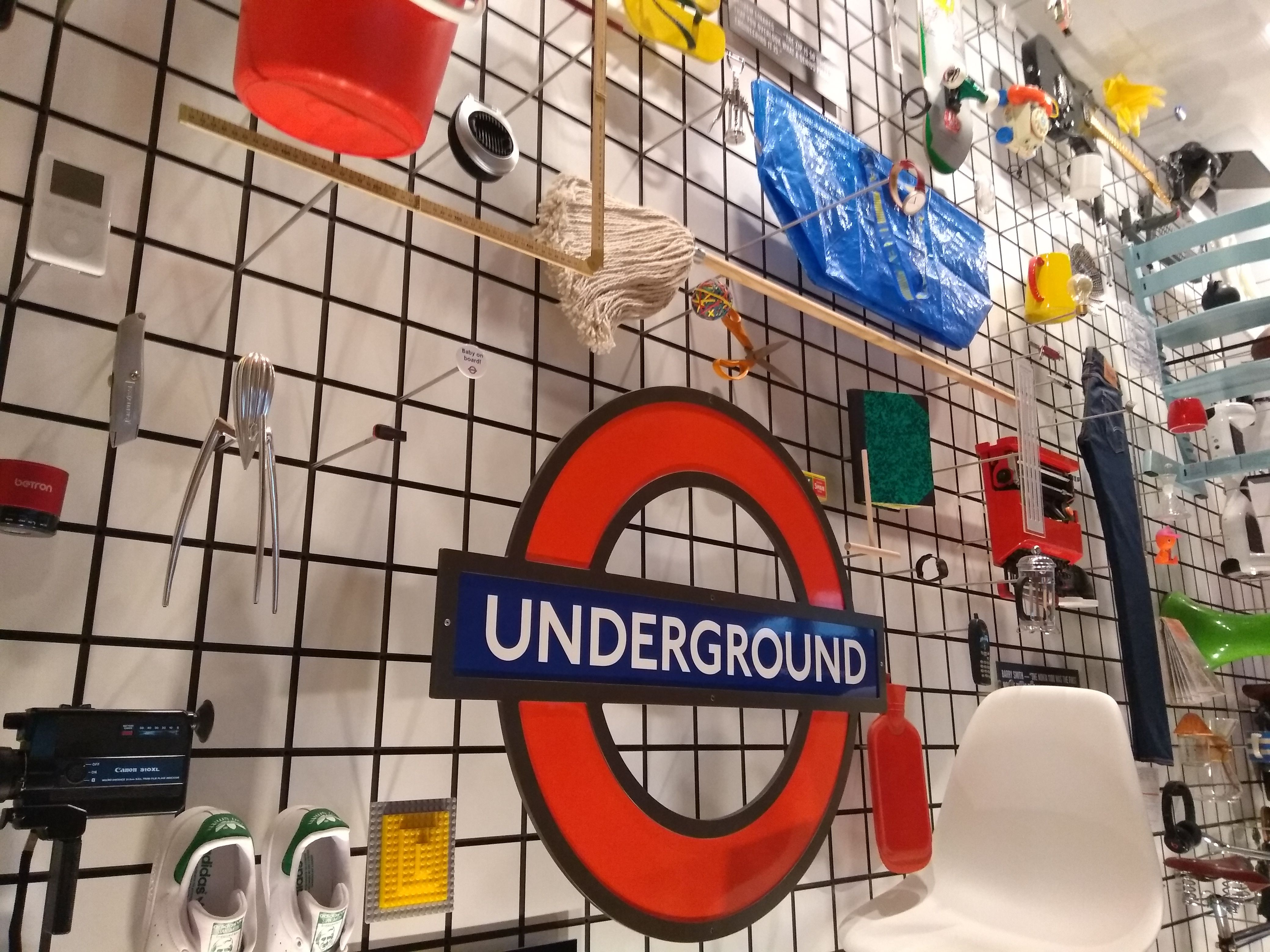 We’ve compared the G5S Plus to the current Moto G family of phones (confusing names and all), alongside the Moto Z2 Play with the Snapdragon 626 and HTC U11 Life with the 630. The differences are negligible, and you’re not losing out by choosing the G5S Plus.

You get NFC for mobile payments via Android Pay which is great, plus Bluetooth 4.2 and ac Wi-Fi connectivity. Battery life is also good with the 3,000mAh non-removable battery which is fast charge compatible with the included TurboCharger.

The fingerprint sensor is also excellent, fast and responsive. We like that you can lock your phone with a touch of it too, a feature not seen on many other handsets.

There’s even a built-in FM radio, something budget phones have more often than flagships these days.

It’s a slight shame to see the older micro-USB connector on the phone rather than the new USB-C standard, but it’s not a reason not to buy the G5S Plus. 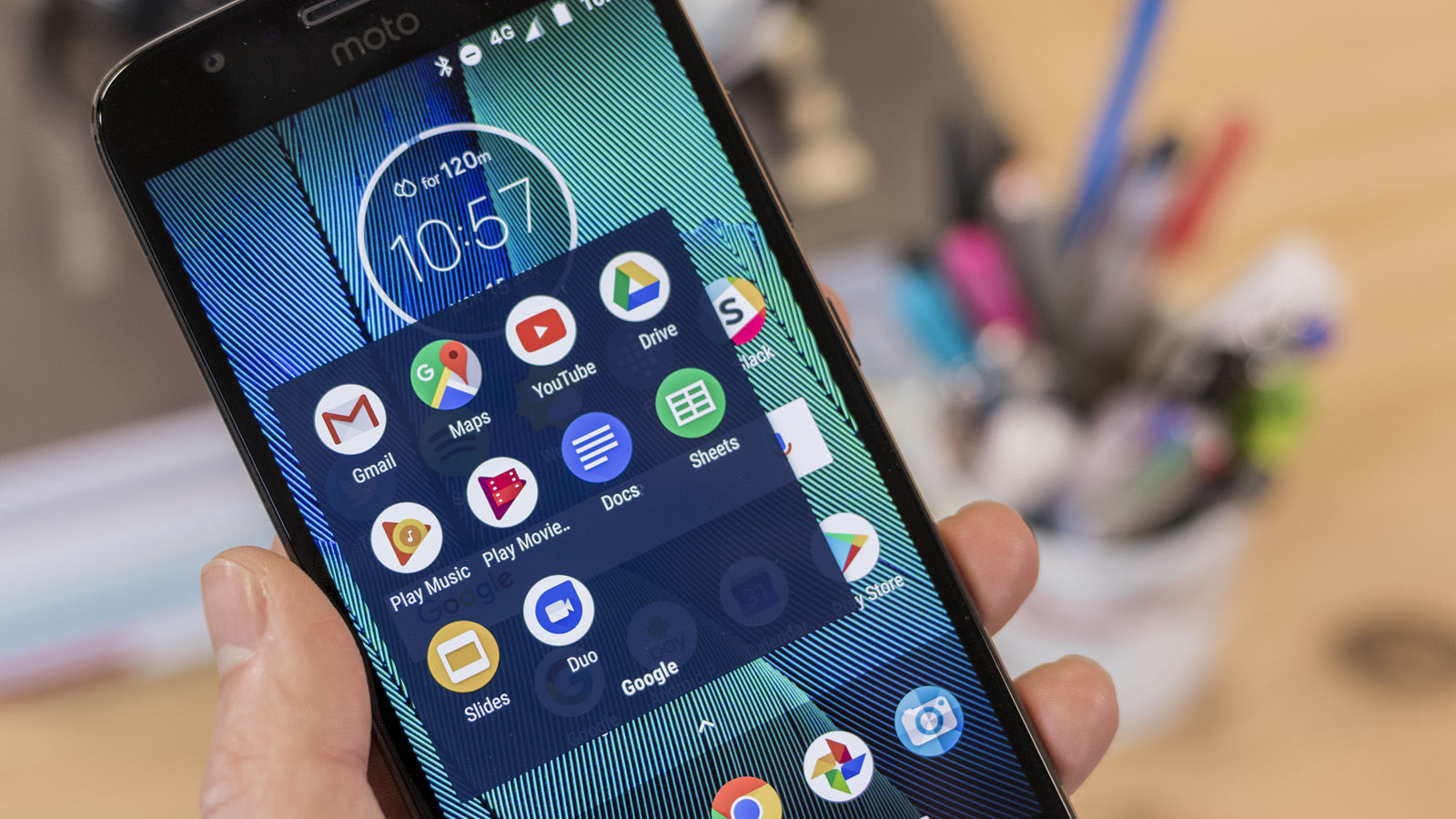 The phone ships with Android Nougat 7.1, but given the relatively unchanged nature of Moto’s Android skin, it shouldn’t be long before the phone receives an update to Android Oreo – though this isn’t confirmed at the time of writing.

The skin over stock Android is thoughtful and unobtrusive. No changes are made unnecessarily unlike with other budget manufacturers like Honor.

You can use the fingerprint sensor to unlock and lock the phone, or in settings make it a navigation button to swipe and push to do all sorts of different actions. It takes some getting used to but is good if you want to get rid of the on-screen navigation buttons.

Apps sit in the drawer that is a swipe up from the home screen like on Google Pixel phones, while notifications and settings are all familiar and nicely unchanged. Using the Moto G5S Plus is a fresh, uninterrupted Android experience.