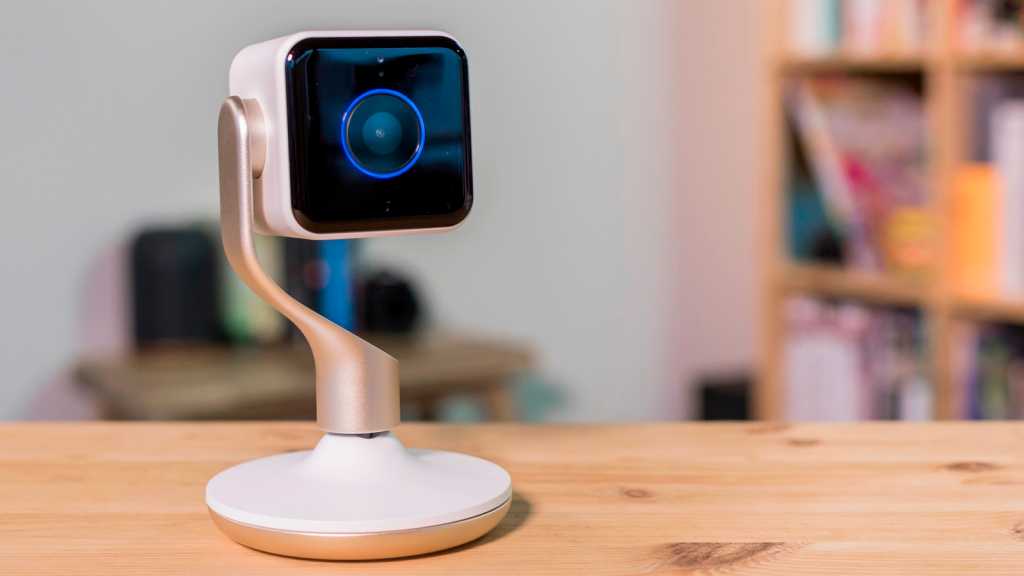 The Hive View is a very stylish and simple to use home security camera, but its features are quite limited compared to similarly priced rivals. We would have liked to see more useful integration with the rest of the Hive smart home products, as well as the addition of two-way talk. Hive reassures us these features are coming, so if you already have a Hive system and are happy to take Hive at its word, it’s a decent choice. For everyone else, there are cheaper or better options.

The Hive View is Hive’s second security camera. The original, dubbed the Hive Camera, looked like a typical home security camera but this time Hive wanted form as well as function. Designed by industrial designer Yves Béhar, the View should easily satisfy even the most design conscious of home owners.

But does it offer enough to compete with the best smart security cameras? Read on to find out.

The Hive View camera is available to buy in the UK following a January 2018 launch, and can be ordered from the Hive website for £189. This makes the camera comparable to the likes of the Logi Circle 2, which arguably has more features than Hive’s offering (two-way talk, 24-hour day brief, integration with Alexa and more). It’s not yet on sale in the US.

Hive has also released a new hub – the Hive Hub 360, which has built-in microphones.  Also check out the Hive View Outdoor.

The Hive View comes in well-designed packaging with all accessories and a mini quick start guide. Though the setup is very straight forward, we recommend reading the guide first.

You get a lengthy slim micro-USB cable (3m to be exact) that powers the camera and a very stylish looking metal stand (in either champagne gold or brushed copper) which can be placed on a flat surface or installed to a wall or ceiling with the included fixing screws. As the base is magnetic, it could also be attached to any metallic surface in your home – quite handy if you want to avoid making holes in your wall.

The camera itself is a tiny 56mmx56mm light plastic cube, available in two colour options: White or Black. The overall build quality of the camera and stand is quite an improvement over the original Hive Camera, offering something that looks a little more high-end and bespoke.

You could, of course, choose not to use the stand, but that would limit the viewing angles. With that being said, the camera’s 130-degree wide angle lens (which sits behind a black glass front) captures a very wide image.

If you’re already a Hive user, you will most likely have the Hive app installed on your smartphone or tablet. That’s good news, as the Hive View is not supported via Hive Home in a web browser, so you will need to use the iOS or Android app exclusively to connect.

The good news is that installation takes just a few minutes. Using the Hive app, you tap ‘install a new device’ and tap on the Hive View icon. As long as you have Bluetooth enabled and the View has power, the app will find the camera and guide you through the setup.

It took us five steps and we had the camera up and running – not bad compared to some overly-complex smart security camera setups.

The Hive View displays its own icon on the Hive home screen next to our Hive Active Light and Hive Heating (these won’t appear if you don’t have them yourself).

However, apart from the ability to view and control Hive-branded equipment in a single app, there is no other integration with the other Hive devices. It would have been useful, for example, if the active lights could be triggered to come on when the camera senses a person in the room. Hive has reassured us that this functionality will be available in February though, so we’ll revisit this once the update is released.

The camera functions are quite simple. You can choose to monitor the live video feed or re-play events that are recorded to the cloud via TLS transfer, which Hive claims is protected with AES-128 encryption, whenever the camera senses movement. Alternatively, you can just disable monitoring altogether and access the live view in the app whenever required.

In the Settings menu, you have a number of options including the ability to change the resolution from 720p to 1080p (although you’ll need a decent internet connection for the latter). Admittedly, we tried both but did not notice a huge difference in picture quality as both were more than clear and crisp enough to see what was happening. However, we did experience playback stutter in live view mode with the more demanding Full HD video setting.

The main feature of the View is that it can be detached from its base stand, and thanks to the built-in 2100mAh Li-ion rechargeable battery, it can be re-positioned elsewhere in your home to quickly monitor another location without messing with the original setup. The issue is that the camera only lasts around an hour on battery power, limiting the uses when not connected to the stand. It’s an interesting concept and one that could be useful on occasion, but the severely limited battery life means you can’t pop it next to the cat flap while you’re out all day (for example).

You have options to rotate the video image 180-degrees if you attach the camera up-side-down. You can also opt to use night vision, which works quite well, that can be left on auto or disabled completely.

With a dual-core processor, the View has a few smart motion detection options. The headline detection feature is that the View can distinguish between a human and a pet. Unfortunately, we’re a pet-free family and couldn’t fully test the claim, but we found that when choosing to detect people only, the camera would not be triggered by lights being turned on or off or by outside plants moving in the wind.

The camera can also detect sound in the room, and both this and the motion sensitivity can be adjusted from low to medium or high depending on your environment. You can also decide whether to record audio when motion is detected as the View features a built-in microphone.

The View also offers a number of ways to notify you when it does detect someone in the room. These include push notifications and emails, and while SMS notification is also an option, it’s exclusive to those that opt in to Hive’s £4.99 monthly subscription (which also provides 30-day video storage compared to the standard 1-day offering). Strangely enough, we could not find a way in the app to sign up to this – and that’s much the theme of the Hive View.

There’s a built-in speaker that will eventually be used for two-way talk – a feature of nearly every smart camera –  but the feature is yet to make an appearance in the Hive app. We’ve been reassured by Hive that it’ll be available soon, but there’s no confirmed date.

Initially, the camera launched without the ability to download recordings via the iOS and Android apps, but that has now been added.

If you find yourself spammed with detection notifications, you may want to opt in and set up a schedule. This is handy if you know exactly when your home is empty on a daily basis, although it doesn’t seem practical for busy families that are constantly coming and going. A better option would be a trigger using geo-location using your phone’s GPS: as soon as you leave home, the camera would automatically activate. It’s a feature on other similarly-priced cameras, so we’re a little surprised it’s not offered here.

Hive recommends an internet connection of at least 1.5Mbps, and a 802.11b/g/n Wi-Fi wireless router, to use with the View. We have a pretty quick fibre broadband at home and we found that live playback of the recording was fine at 720p, but bigger 1080p recordings had a bit of a delay.

When away, and using a slower Wi-Fi or on our 4G cellular connection, we struggled to get live playback for longer than a few seconds – even when capped at 720p. This is not the fault of the View, but it does make it very frustrating to use, unless you do have a solid, reliable home internet connection.