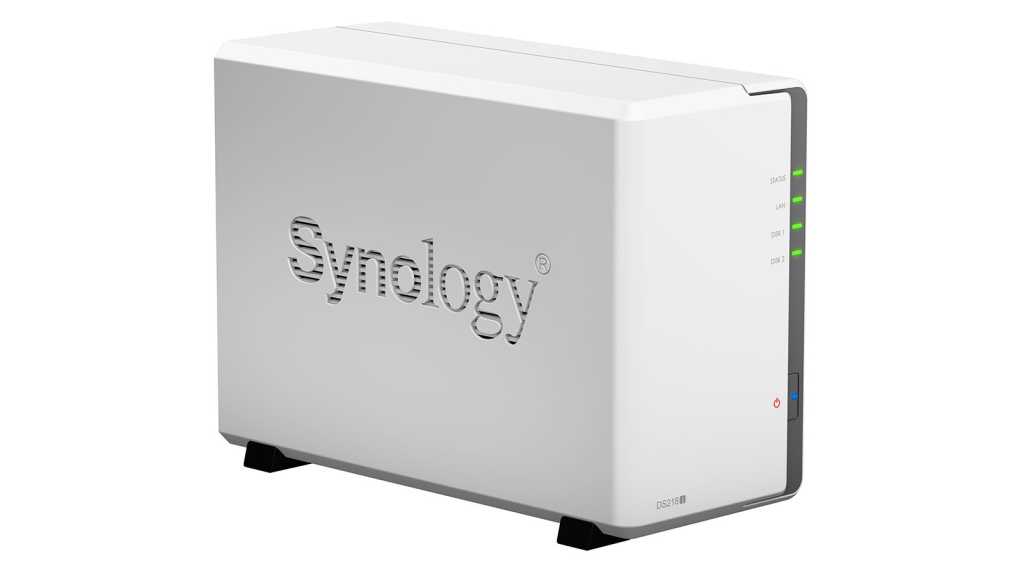 With excellent performance, brilliant software and easy setup this entry-level NAS drive is another great buy from Synology. Ok, it’s not much different to the DS216j, but it’s hard to improve on something already impressive. And at only around £20 more, it’s certainly worth going for the 218j over the older model.

Synology often releases its new hardware in a series of tranches, we’ve noticed. The initial release brings the flagship designs for those that want the latest tech, to be followed later by those represent better value for money.

The ‘j-series’ is the value range, and with its combination of high performance and low cost, they’re unsurprisingly popular.

Is the Synology DS218j a rightful heir to the crown of affordable NAS, or problem child that inherited too many undesirable traits? Let’s find out.

Both units come without drives, so you’ll need to budget for those.

This unit can take two 8TB drives, so the cost of the DS218j will be a minor portion of the overall spend if you want to max it out.

Competitors around this price point include Asustor’s AS1002T. A marginally cheaper machine but only has a 1GHz CPU and a smaller app selection. QNAP has the cheaper TS-228 (£135), with 1GB of RAM, but a slower processor and less USB 3.0 ports.

Also check out our list of the best NAS drives.

What skews the price on many competitor products is that they sell them with pre-installed drives, like the Buffalo LinkStation 520, that costs roughly £25 more but comes with 4TB (2x 2TB) of storage. For those that can find that unit without drives can expect to pay less than £100 for it.

The majority of cheaper NAS boxes only have 1GHz processors, so when you combine the extra punch in the DS218j and Synology’s build quality, it’s not hard to justify the extra expenditure.

Having covered Synology hardware for a good many years now, we’ve realised that the box designs don’t very often, if at all. That avoids all that expensive retooling, document rewrites, and other cost implications.

Therefore the DS218j looks identical to the DS216j that it replaces, except the number graphic emblazoned on the front fascia. The rear remains unchanged, with a single gigabit Ethernet port and two standard USB 3.0 ports. 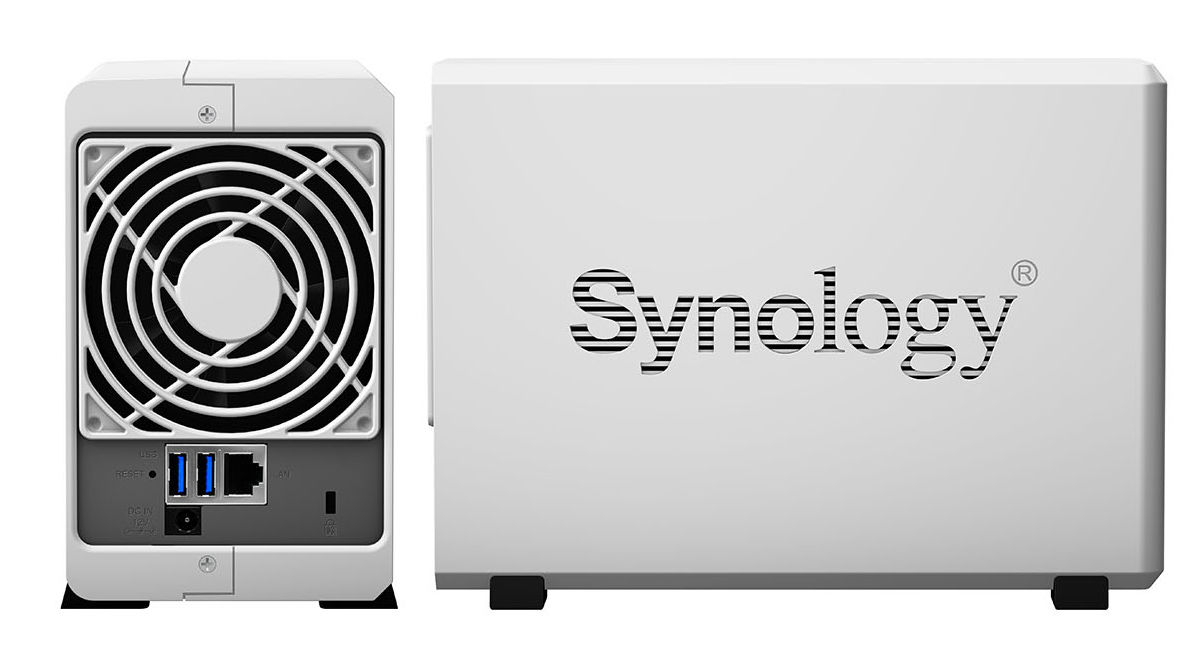 The important changes are all on the inside, although drives still have to be screwed into place: there are no tool-less drive bays here.

Hiking the CPU speed by 30 percent might seem a minor improvement, but it does have an impact on performance for read and write operations, as we’ll see later. 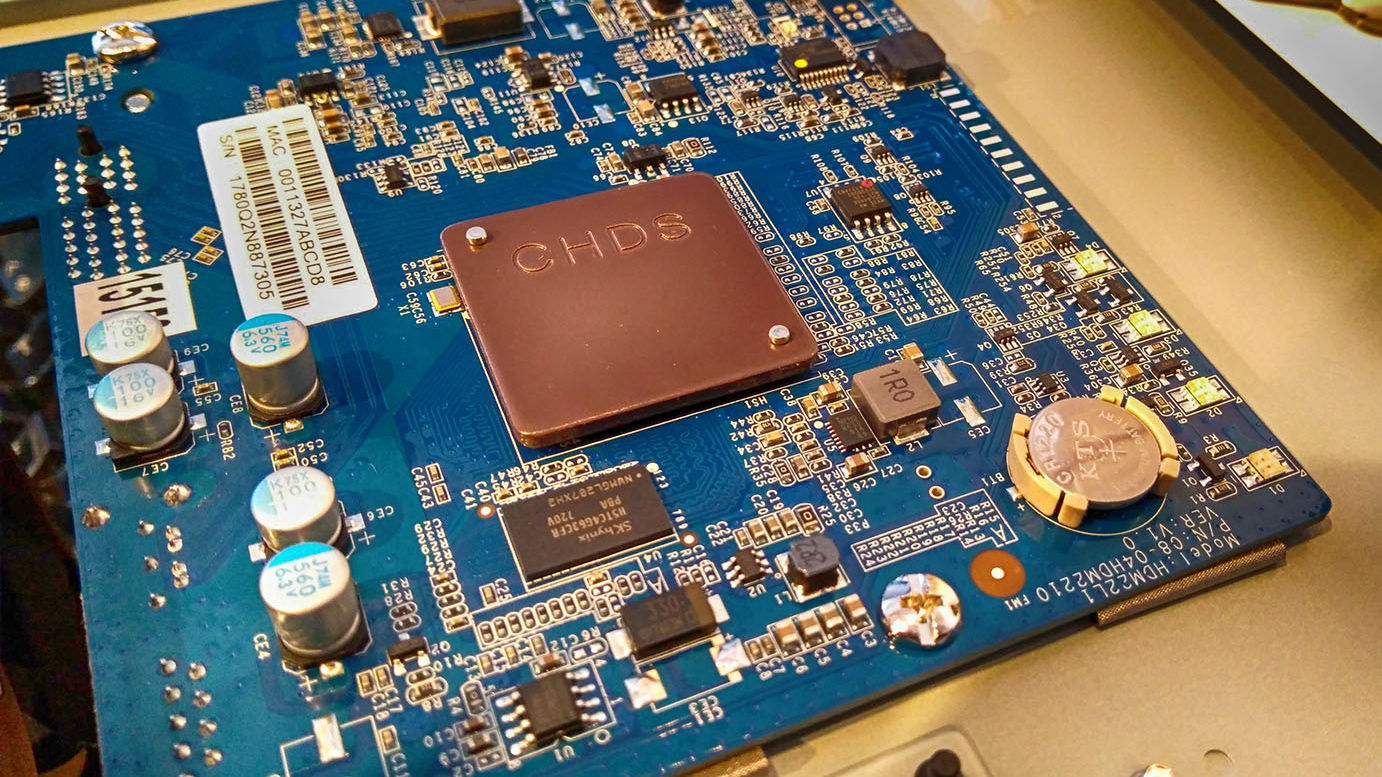 If these numbers seem familiar, that’s because is this a very similar spec that the vanilla DS216 launched with, admittedly with a different matte black casing and a few port differences.

Or it initially seemed like that, until we took a closer look at the specs and performance.

To our mind, NAS boxes have two gauges of performance; throughput and usability. Because being able to serve files blindingly quick isn’t everything if the system is difficult to configure, or have the feature selection that is lacking.

Throughput isn’t a problem here as the DS218j is strikingly quick, within the constraints of what a single gigabit LAN port allows. 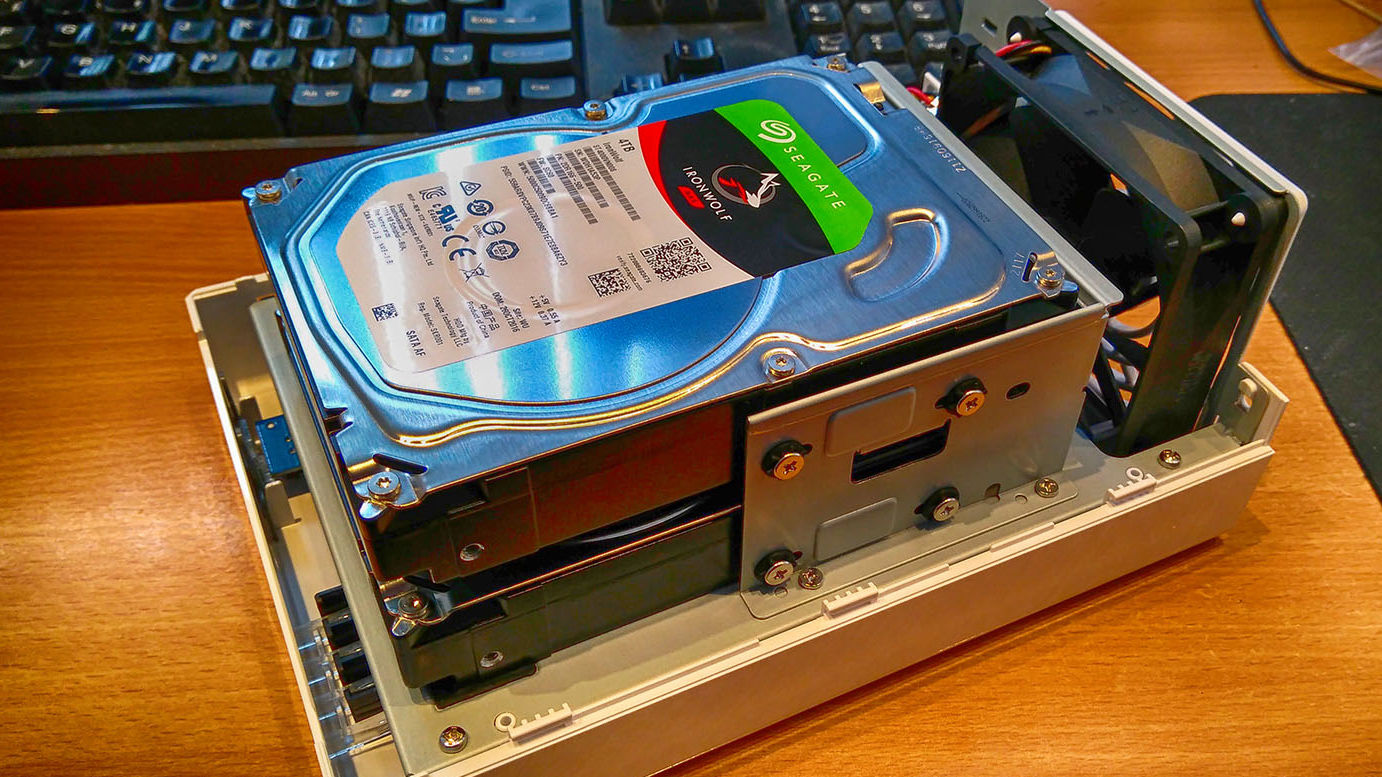 In a CrystalDiskMark test using two Seagate Iron Wolf 4TB drives in Synology Hybrid RAID (SHR), mode the unit delivered 116.9MB/s reads and even faster 117.MB/s writes. For available network bandwidth, those numbers have their noses hard pressed up against the practical limits. This unit couldn’t go any faster on the network if it had rockets strapped to it! 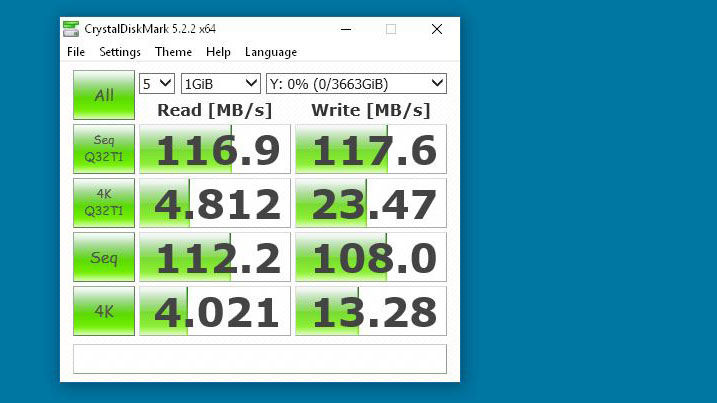 Even delivering those numbers the CPU still had plenty of unused cycles, making the system interface very responsive. The extra performance was also noticeable in the volume creation phase of setting up, which was noticeably faster than the DS216j at getting a new drive layout verified.

If file serving performance was one good reason to buy this unit, the other is Synology’s DSM operating system. Despite some advances made by its competitors, DSM is still the most polished solution with the best app selection on any NAS hardware.

This model offers the user 40 apps by Synology and a further 56 from third-party suppliers, with a massive range of functionality that’s only a few clicks away.

The sheer flexibility is staggering, enabling a unit used for storing an iTunes music collection to be repurposed to administering surveillance cameras or directory server in minutes.

With recent models, Synology has also introduced groupware tools to allow a small office to have a chat system and calendars that aren’t Cloud-based.

The DS218j might not have the RAM to run many different apps simultaneously, but it does have enough power to handle a good selection if you pick wisely.

Synology has capped it to handle 10 simultaneous users, making it ideal either for a small office or home use, but not suitable for bigger operations.

The changes between the DS218j from its predecessor are modest, and it’s a problem Synology has with its cheaper NAS devices.

If the changes to high-end products aren’t significant then those that Synology introduces further down the model range start to look even less substantial.

While the DS218j is certainly quicker, and better able to take on the numerous tasks that DSM enables. Synology was never going to make the DS218j a competitor to the DS218Play or DS218+ models for commercial reasons.

Caught between the rock of the older DS218Play and the harder places of the DS216j and DS216SE, there isn’t much room for this J-Series to manoeuvre.

That said, this is an excellent performer that delivers the market-leading DSM platform in some style.

It’s not a huge leap from the one that came before, but for just £20 more it’s an easy decision to make.