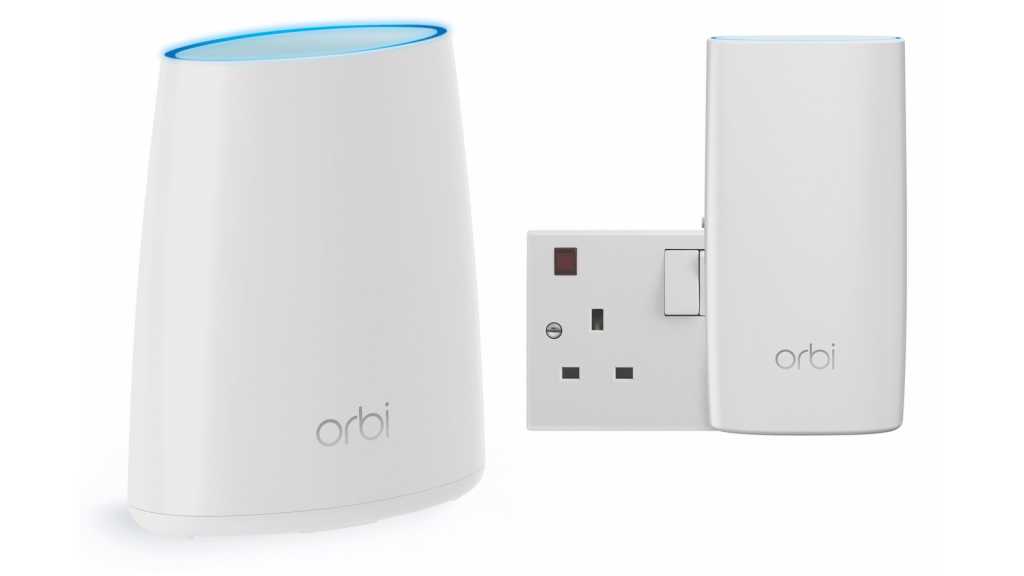 The limited Orbi app could be reworked to provide access to a wider range of features and settings. The lack of USB ports might also be a deal-breaker for some users. Even so, the Orbi’s sheer simplicity and ease of use (not to mention low price) still make it a good option for home users who simply want a plug-and-play system that they can set up with minimal hassle. And while it may not be the fastest mesh system on the market, the Orbi is plenty fast enough for routine tasks such as web browsing, or streaming music and video, whilst also providing a reliable Wi-Fi signal that can reach into most parts of smaller, single-story homes.

Mesh networking has been one of the big tech bandwagons of 2017, with a seemingly endless stream of eye-catching designs coming from all the big names – even stick-in-the-mud British Telecom, whose Whole Home Wi-Fi kit is very good value. But, arguably, it was Netgear that got the ball rolling with its Orbi system, which we reviewed back in 2016.

The original Orbi was certainly impressive, offering good range and performance, along with a simple, straightforward app that helped you to get started quickly and easily.

The problem was that it was very expensive, costing almost £350 for a two-piece kit and £500 for the three-piece. Prices have now come down to about £320, but still leaves the Orbi as one of the most expensive mesh systems currently on offer.

Netgear has recently extended the Orbi range, which now includes four different kits. The RBK30 that we’re reviewing here is the most affordable entry-level model.

The usual caveat applies though – like most mesh devices, the Orbi RBK30 only acts as a Wi-Fi router, and doesn’t include a modem for Internet access. This means that you’ll need to connect it to an existing modem or router that provides your Internet connection.

You can buy the Orbi RBK30 for around £170 from Amazon, far less expensive than the original (which is now identified with the model number RBK50). You can’t buy any kits direct from Netgear.

That price includes one ‘primary’ and one ‘satellite’ router and is recommended by Netgear for single-story homes up to about 3500 sq.ft in size. If you want to extend the range of the RBK30 then you can buy additional satellite routers for £135 each. However, there’s a second new model called the Orbi RBK40, which costs £250 from Amazon and is designed for homes up to 4000 sq.ft.

And, right at the top of the range, there’s the Orbi Pro model, called the SRK60 which costs around £440. This is designed for small businesses, such as bars and restaurants, which might want to set up their own public Wi-Fi hotspots.

The Orbi RBK30 breaks with the design approach used by the rest of the Orbi range. The primary router looks very similar to its predecessors, with a small, upright unit and a glowing top panel that acts as a status indicator. But, in contrast, the satellite router now has a much more compact rectangular design, that allows it to plug straight into a mains power socket.

Despite the difference in design, the two units provide the same Wi-Fi features. Unlike some mesh systems which manage with just 2.4GHz and 5GHz, the Orbi adds a second 5GHz radio which acts as the ‘backhaul’ that links the two routers together and means the primary 5GHz channel isn’t cluttered up with administration data.

The two remaining bands are used to transmit and receive data to and from your computers and mobile devices.

The lower cost of the RBK30 is welcome, but it does involve some compromises. The primary router has four Gigabit Ethernet ports – one for Internet access, and three to provide wired connections for your devices – but there’s no USB port for connecting devices such as a printer or hard drive that you could share over the network. 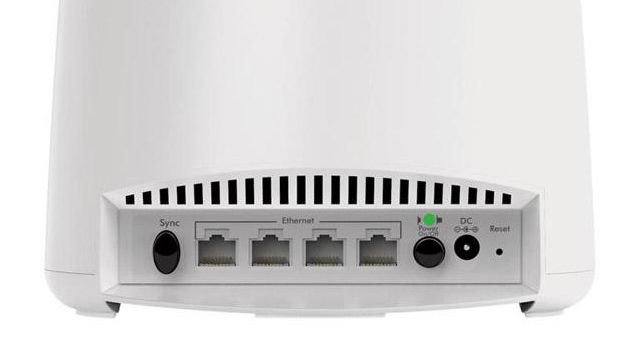 And the smaller satellite router is limited to Wi-Fi connectivity only – with no Ethernet ports or USB at all.

Netgear’s Orbi app is something of a mixed bag. It’s very easy to use, and guides you through the installation process with no need for any technical know-how. The lights on top of the primary router also change colour to indicate signal strength and help you to place the two units in order to get the best reception and coverage.

But that’s where the Orbi app ends – it doesn’t provide access to any additional features, such as parental controls or setting up a guest network. 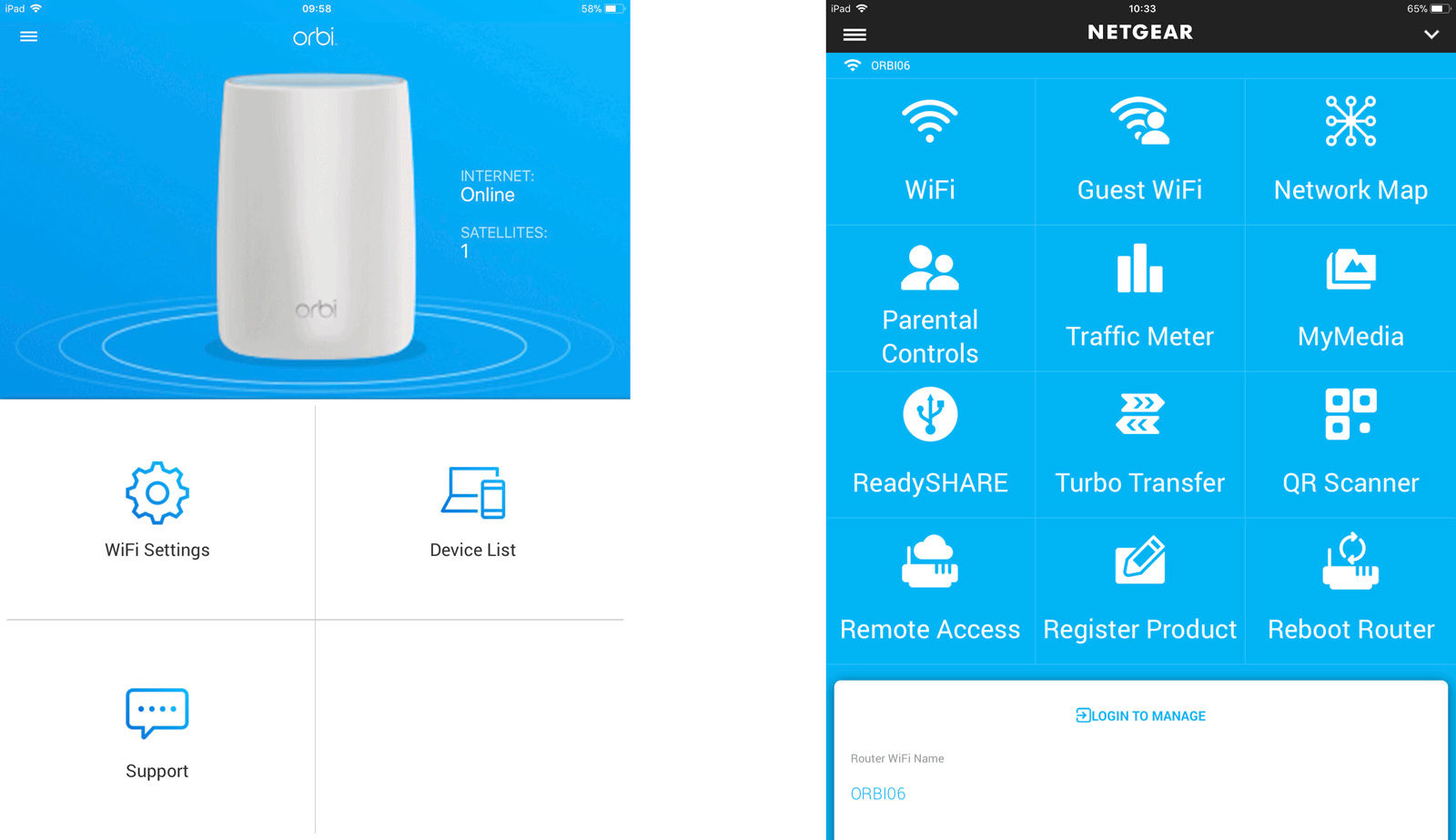 The Quick Start guide provided with the Orbi does mention that it’s possible to configure these features through a web browser interface. That might be fine for more advanced users, but could be quite daunting for ordinary home users who don’t have much experience of routers or networking technology.

It was only after downloading a more in-depth PDF manual from Netgear’s web site that we found a mention of a second, separate app (above right) that can be used to configure additional features and settings.

Even then, there are still some omissions, such as a ‘bridge’ mode that would allow you to connect the new Orbi network to the network from your existing router. Netgear recommends that you disable the Wi-Fi on your existing router, but note that devices connected to the Orbi’s Wi-Fi won’t be able to communicate with wired devices attached to that existing router, so you’ll need to attach a NAS drive or printer to the Orbi instead. 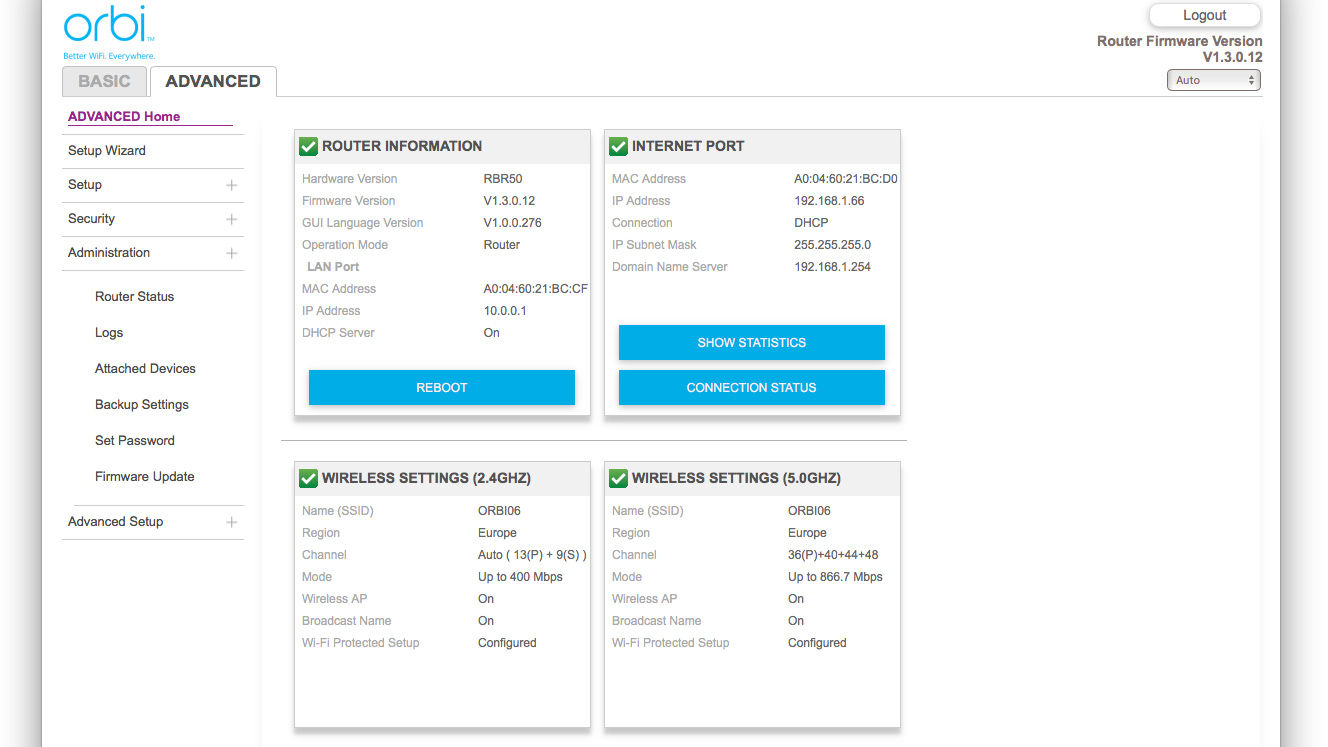 The Orbi RBK30 is rated as an AC2200 router – providing total speeds of 2.2Gbps – so it’s not the fastest router or mesh system currently available. However, the strength of a mesh system such is this is really its reliability, and on that score the RBK30 performs very well.

Devices located in the same room as the primary router showed strong speeds that just nudged past the 400Mb/s mark. 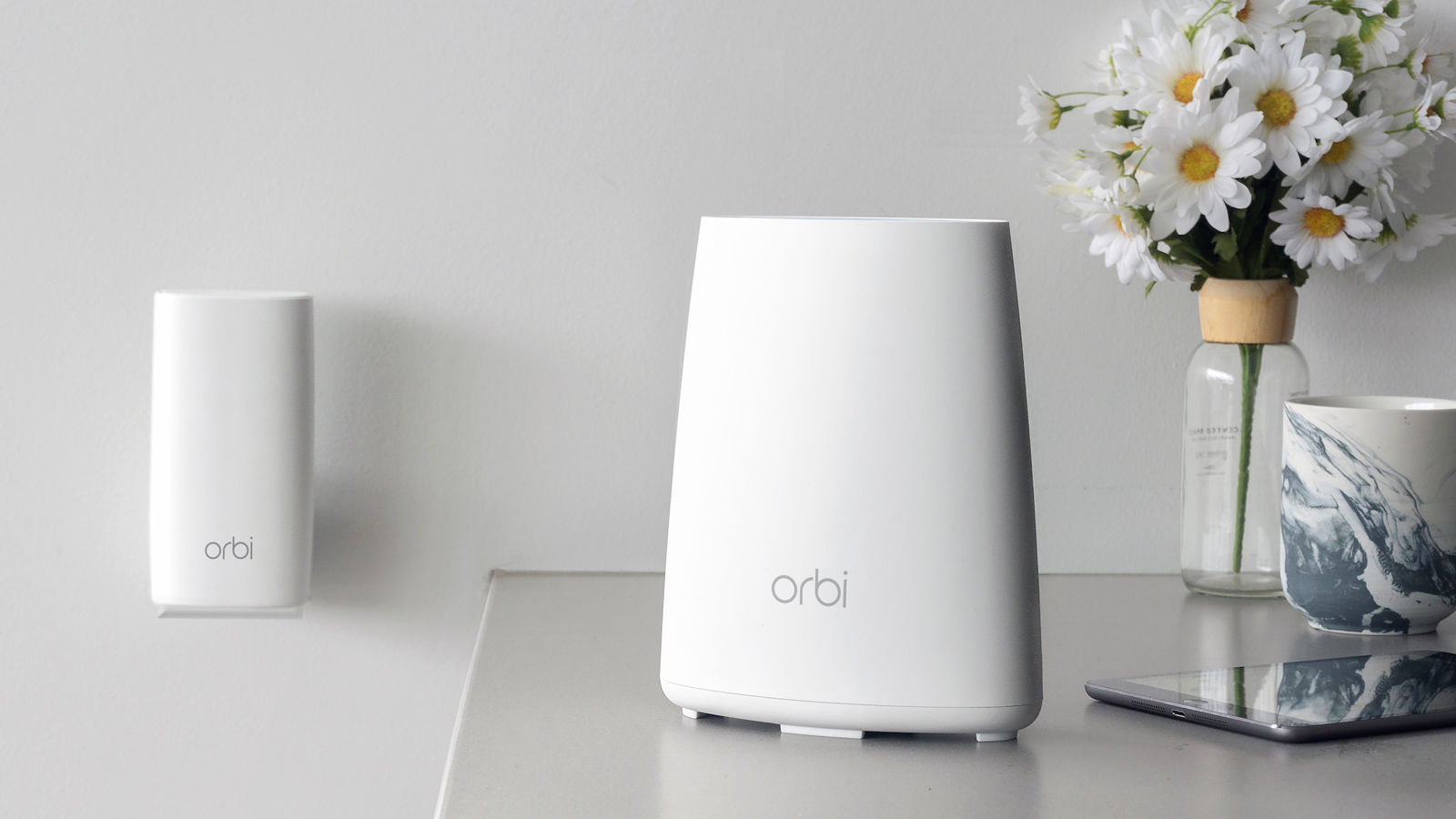 The secondary satellite was placed into a back office that normally struggles to get a reliable Wi-Fi signal (forcing us to rely on powerline kit to provide a wired network connection).

Performance in this back office was less impressive – at about 38Mb/s – but, crucially, the signal was strong enough that we could use the Orbi to provide a reliable Wi-Fi connection and ditch the powerline adapters.