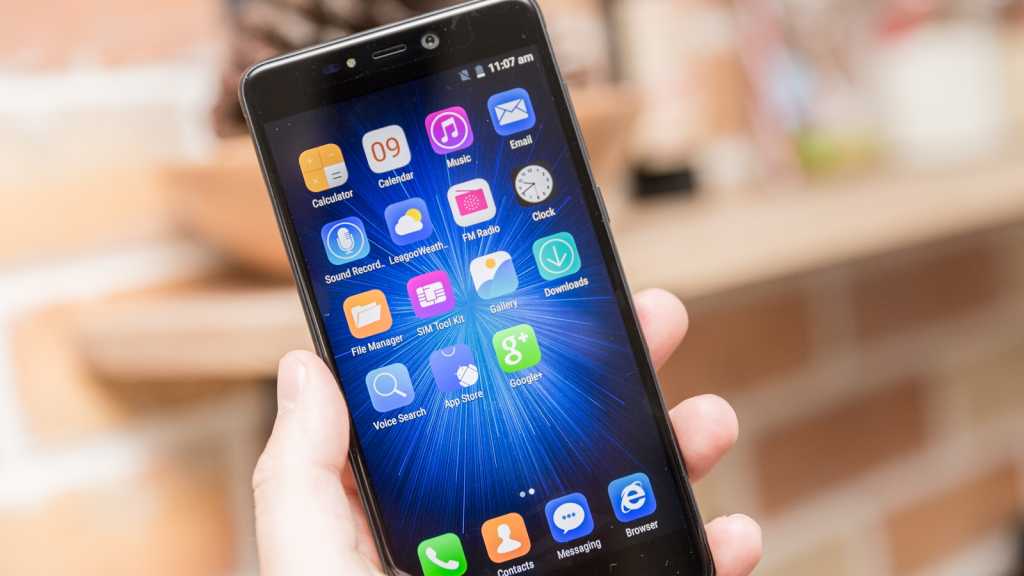 At this price the Leagoo T5 is an attractive device. The design belies its cost, and getting the combination of a decent 5.5in display, expandable storage, and fast fingerprint reader, makes a compelling proposition. It’s not all rainbows though, as the camera is average, we’re a bit concerned about the issues that could be caused by overheating, and the lack of NFC limits its use.

We’ve reviewed several smartphones recently from manufacturers that will be new names to UK consumers. Leagoo is another for the list. This Chinese company now has some models available in Europe, with the new T5 being its entry-level offering. We spend some time with the device, to see if low-cost means low-quality.

For a rundown of the smartphones we’d recommend importing from overseas, take a look at our Best Chinese smartphones guide.

Like many of the new Chinese brands, you won’t find this model on offer from your mobile provider.

The more traditional route for these kinds of devices is to use an importer such as Gearbest. The T5 is currently available for £144.51 on Gearbest.

Bear in mind that as these are coming from the far-east they are subject to import duty, so you’ll need to cost that into the final price.

Buying from China can net some good bargains, but there are factors such as the logistics of returning faulty items that need to be considered. Take a look at our guide to Chinese Tech buying for more details.

At first glance, you wouldn’t regard the T5 as a budget phone. The metal chassis on this model is finished in an anodised black livery that looks classy and invokes the Samsung school of design.

There are two antenna lines on the upper and lower sections of the back, which bring to mind some of HTC’s previous efforts, while the front panel is simple and clean.

A fingerprint sensor is positioned within the bezel beneath the display. In use we found this to be very fast and worked with more reliability than the Samsung S6 or iPhone 6S units that we have in the office. The sensor also doubles up as a capacitive Home button (in that it doesn’t actually depress).

Leagoo has opted for a single speaker on the lower edge in order to make room for a headphone jack. We’re quite happy to see this, although it does mean the T5 is a little weedy in the audio stakes.

Between the two you’ll find a micro-USB charging port. Normally we’d complain about not fitting USB-C in 2018, but at this price point it’s a compromise we’ll accept.

The dual-SIM tray also offers the choice of placing a microSD card in the second slot, which can expand the 64GB of onboard storage with a maximum of 256GB.

In the hand the 153 x 76 x 7.9mm frame sits well, although as this has a 5.5in display, you’ll want two hands to reach anywhere higher than halfway up the screen. The 165g weight feels good, and dwells in that not-too-light not-too-heavy bracket.

As we’ve mentioned, the T5 arrives replete with a 5.5in IPS display which boasts a full HD 1920 x 1080 resolution. It’s a very respectable panel for this price bracket, with strong colours and detailed rendering of text and images. It’s not iPhone X territory of course, but its not £1000 either.

We weren’t expecting lightning speeds from the T5, as its 1.5GHz Octa-Core processor is a lower spec than several imported Chinese phones we’ve reviewed recently, but we were quite happy with how the device behaved.

Apps open and run without much in the way of delay. We did spot a few stutters when scrolling through image-heavy websites, but nothing that felt obtrusive. Gaming sessions with Super Mario Run and Loner were error free, although it didn’t take long for the back of the unit to get quite warm. We’d hesitate to play any really demanding 3D titles, as that heat could be bad for the internals.

Sticking to email, browsing, instant messaging, and social media, found the T5 to be a decent performer that was comfortable to use.

We did run the device through the Geekbench 4 test, and it came back with scores of 615 for Single-Core and 2613 on Multi-Core. Neither are going to break any records, but are acceptable at this budget level of the market.

Battery life was also fine if not amazing. With general use the device made it to bedtime, albeit with very little left in the tank. Playing games made a dent though, maybe due to those temperatures, so we’d recommend having a charger (and oven glove) handy if you’ll be putting any serious time into your Mario adventures.

One thing to bear in mind though is that the T5 doesn’t have NFC. So, if you intended to use Android Pay then this isn’t the phone for you.

It seems to be the norm now that even cheap phones come with dual cameras. It’s also a staple that they’re not very good. To be fair to the T5 it can take some nice pictures. For this to happen though you’re going to need a lot of light.

Outdoors on a slightly overcast day, we caught a few usable snaps, but going inside saw an immediate increase in noise. The modes that also are now a regular feature on Chinese phones – bokeh, blur, mono, etc. – are not really worth using. The blurring of backgrounds is pretty much useless, and the others are more of a novelty.

For quick snaps that can be tarted up with filters (basically anything on Instagram) the T5 should be fine. If you’re dead set on a great camera though, you might want to move up the price scale a bit.

Android 7.0 is the OS of choice on the T5, hidden though it is under the Leagoo 3.0 overlay. It doesn’t go too deep, being little more than a launcher that removes the app draw and replaces the icons.

We have to say that the icon pack used by Leagoo is a little bit comical, in that it emulates a few iPhone icons – with the familiar iTunes emblem representing the built-in Music app. There’s even a Microsoft Internet Explorer icon on the Leagoo browser. 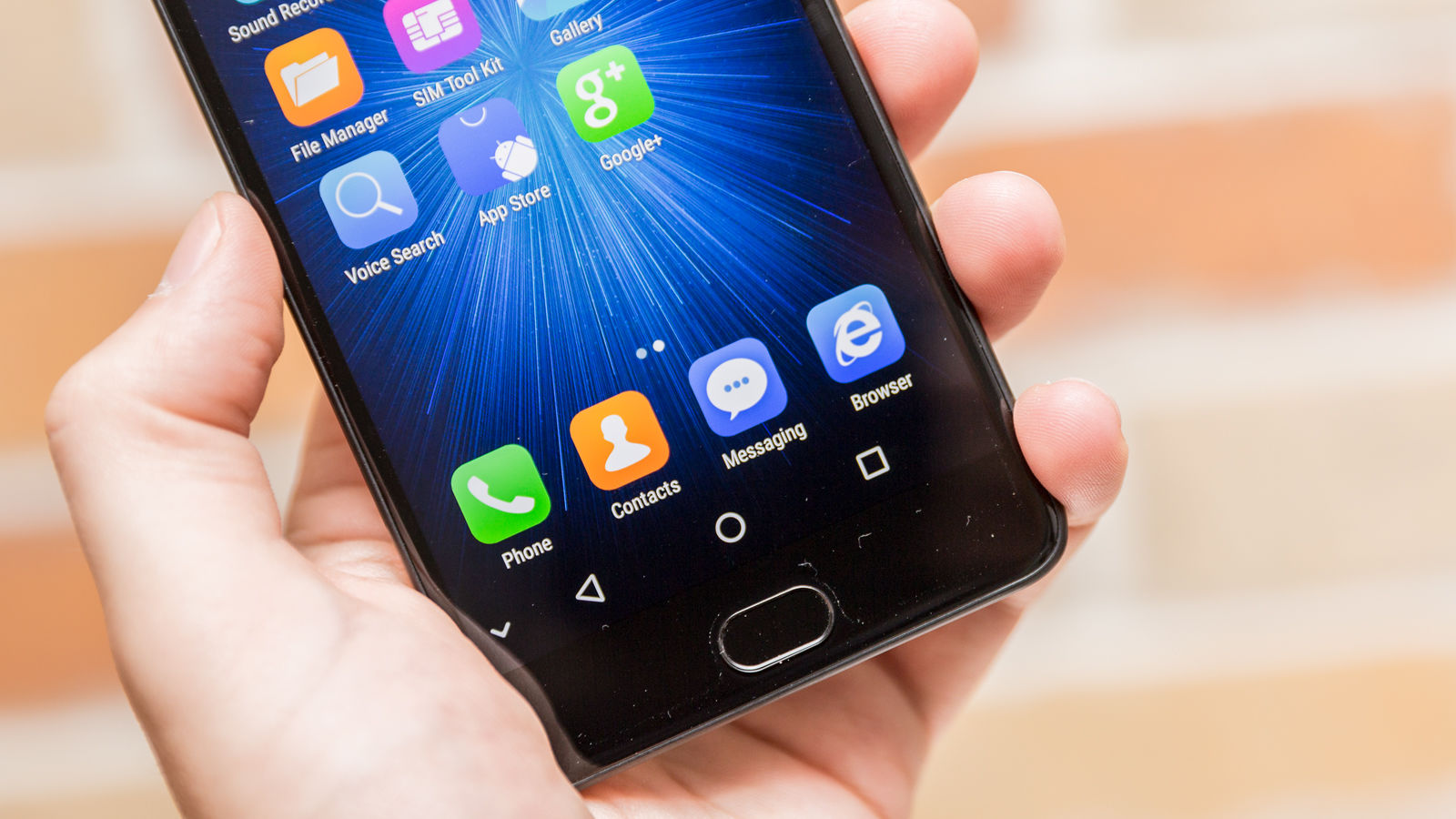 Of course, the joy of Android is that you can get rid of this and install a launcher of your own – Nova, Google Now, etc. – and tailor the T5 to you preferred style. We wish iPhones would copy that.